DOK Leipzig Takes on the Climate Crisis with "Time To Act! Our House Is on Fire"

Media attention is short-lived and fickle, with incessant news waves and tweets washing over us every day, perpetually snatching away our focus from the most pressing issue of our time—climate change. The year 2019 was a hopeful one for climate activism, and it was a big one for environmental reporting on massive protests around the world. But the critical focus on the climate crisis would soon be overshadowed by the COVID-19 global health emergency. Yet, as many scientists and activists have concurred, the climate crisis is not going away; it’s taking on a new urgency, especially in light of a rapidly closing window to turn the tide.

Having come to know Germany’s DOK Leipzig as a socially and politically aware film festival, I appreciated the focus of this year’s thematic program on climate activism as well as global and local protest movements that have been instrumental in bringing this critical issue to the forefront of public debate. Moreover, as DOK Leipzig veteran curator Luc-Carolin Ziemann notes, the current crises—be they the COVID-19 pandemic or the war in Ukraine—are all inextricably linked with the present-day climate change exigencies. Russia's unprovoked, criminal invasion of Ukraine—now nearing nine months—has sowed death and destruction in the country, but it has also aggravated the existing climate issues around the world. The war has also highlighted what some climate activists have said for years—this way of sustaining our energy makes us dependent on autocratic regimes, and Russia’s weaponization of fossil fuels to maintain energy dominance in Europe bears witness to the dire need of decarbonization of our societies.

In putting together the thematic film program, “Time To Act! Our House Is on Fire” (which perhaps alludes to Greta Thunberg’s 2019 eponymous address to the World Economic Forum in Davos, Switzerland), DOK Leipzig has also sought to map the social and emotional landscape of the unfolding environmental disaster—from navigating climate anxiety to turning to direct action. To reflect the global urgency of this crisis, as well as the complexity of the activism spectrum that encompasses sprawling environmental groups and approaches, has been “a tightrope dance,” Ziemann confides. What the festival took as a guiding principle, however, was to align itself with climate action—not only on screen but also with respect to how discussions were organized once the films’ credits rolled. The new realities, courtesy of the pandemic, have forged manifold avenues for connection and exchange. Hence, the DOK Leipzig team made the difficult decision not to fly in some of the filmmakers participating in the “Time To Act!” program. Instead, they were able to address local audiences in pre-recorded video messages and participate in Q&A sessions via Zoom. The resulting discussions did not suffer, and with the engagement of local environmental activists, the festival not only saved some CO2 emissions but was also able to link the film discussions to a wider political discourse about the local activist groups, the contrasting strategies they adopt and their capacity to make a lasting impact. 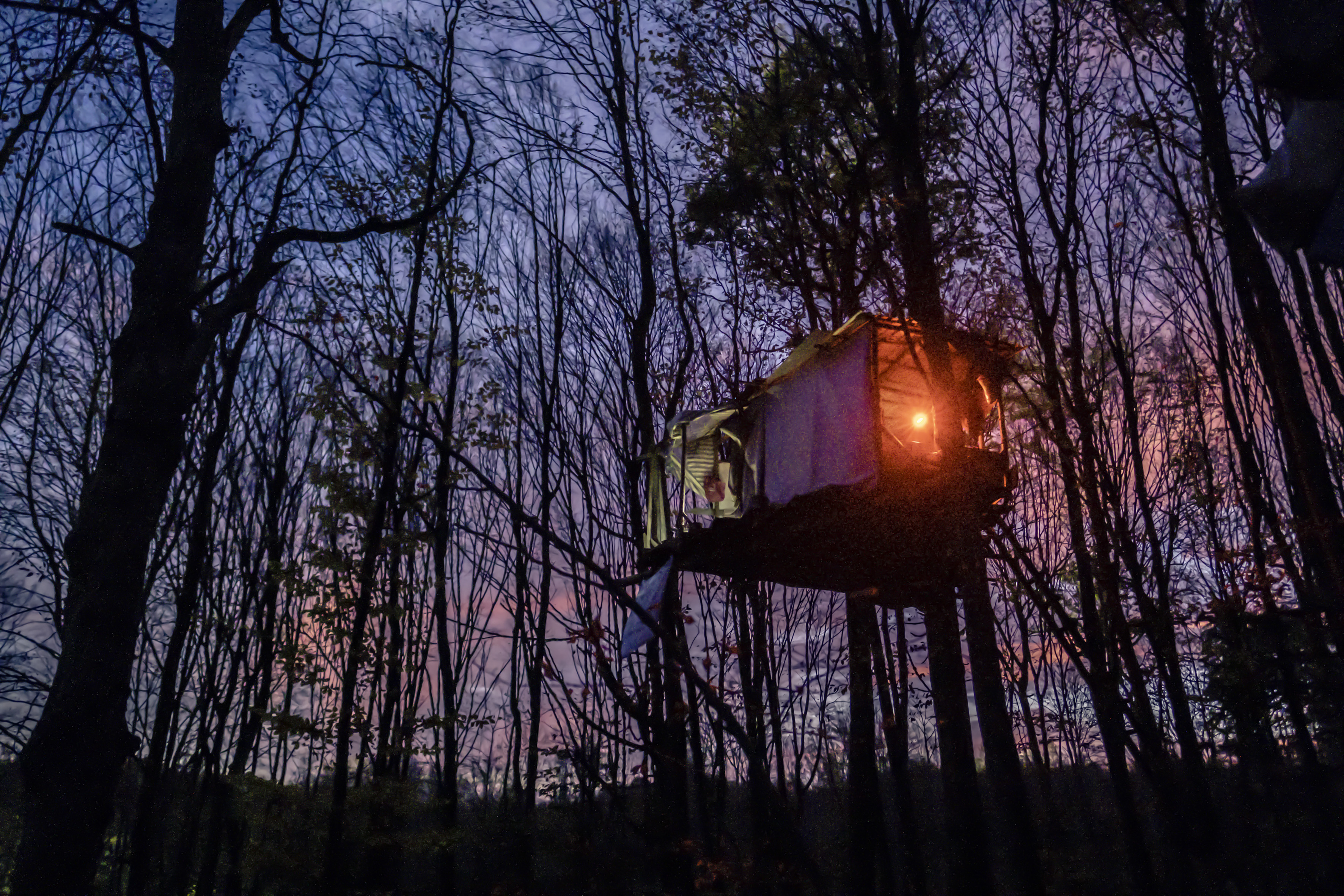 The “Time To Act!” program threaded several titles that traversed a range of assorted direct action and civil disobedience tactics to compel government action on climate change: from activists climbing up tree houses to protest the construction of a highway cutting through part of the forest in the German state of Hesse in Barricade (2021, dir. David Klammer), to Filipino para-enforcers confiscating chainsaws in an attempt to prevent illegal logging in a Palawan rainforest in Delikado (2022, dir. Karl Malakunas), to the youths of the grassroots environmental group Extinction Rebellion (XR) supergluing themselves to busy intersections in central London and dabbling in various disruption tactics in Rebellion (2021, dirs. Maia Kenworthy, Elena Sánchez Bellot).

Other titles in the program spotlighted further intriguing aspects of the climate emergency. In the short personal essay Everything Is Wrong and Nowhere To Go (2022), filmmaker Sindha Agha turns the camera on herself as she wrestles with debilitating and all-consuming climate anxiety that sprung up amid annual recurrences of ravaging wildfires in Southern California. “Can you go to therapy for climate change?” she wonders. “Or is that ridiculous?” Another short documentary in the program, Gisela Carbajal Rodríguez’s Oro Blanco (2018), unveils the dark side of e-mobility and its devastating impacts on Indigenous populations in Argentina whose livelihoods are jeopardized by the US-Canadian corporation’s mining of lithium for rechargeable batteries. Finally, DOK Leipzig’s Re-Visions section (“Sow the Wind and Reap the Storm”) rounded up the thematic program with two reflections on ecological cataclysms and activism. New Eldorado (2004, dir. Tibor Kocsis) looks back at a rare case of a successful local resistance, formed by villagers to protest a mining project in Romania’s Roșia Montană that sits on one of Europe’s largest gold deposits. The other film in the section, Kamar Ahmad’s Are You Listening! (2012), has not lost its relevance and topicality in the decade that has passed since its release: devastating floods and cyclones are still a tragic fact of life, and they disproportionately affect those who are least responsible for the problem.

When other forms of struggle have failed, how far can you take civil disobedience to effect change? Klammer’s Barricade ponders the notion of civil disobedience, following scores of activists as they launch into a defense effort of the forest in central Germany. In 2019, the Dannenröder forest, known affectionately as Danni, became a site of resistance for many local environmentalists, who for over a year lived in makeshift tree houses reaching up to 30 meters to obstruct the state’s long-running plans to build the highway through part of the woods. Klammer joined the activists with his camera in the final weeks of the occupation before the last tree houses were felled in December 2020. When tree houses turn into living barricades, civil disobedience is not an offense, a forest occupier says resolutely in the film. A professed refusal to comply with certain rules for such a cause then becomes not only a test to freedom of expression but also a “huge achievement for democracy,” the young man explains, because citizens should also partake in the nation’s political processes in between the elections, in small and grand daily acts of resistance. As the forest occupation advances, the film draws the viewer deeper into an apocalyptic scenario: a sole tree stands in the sea of downed trunks; the Red Rebels donning crimson garments form a circle on a desolate stretch of land; and a lone man scales a wooden defense structure, erected on the path of the future highway. Resistance never seems to wane in Barricade, nor does the music that pierces through the woodland. Interspersed with haunting images, music ceases, albeit only fleetingly, when police start removing men and women of the direct action group Lebenslaute, known for conflating classical music concerts and civil disobedience.

The topic of civil disobedience also underpins Kenworthy and Bellot’s Rebellion. The XR environmental group burst onto the UK activism scene in 2018, and it was their disruptive tactics that made it “a number one influencer” in the world. When XR activists descended on London in April 2019, blocking key traffic points and bringing the city center to a standstill, their strategy was anchored on the idea that economic disruption can be harnessed to force government action on climate change. In fact, now former XR leader Roger Hallam encouraged activists to break the law and cause disruption to sound the alarm about the climate emergency, which would then hopefully gain traction and transform the conversation around the crisis. 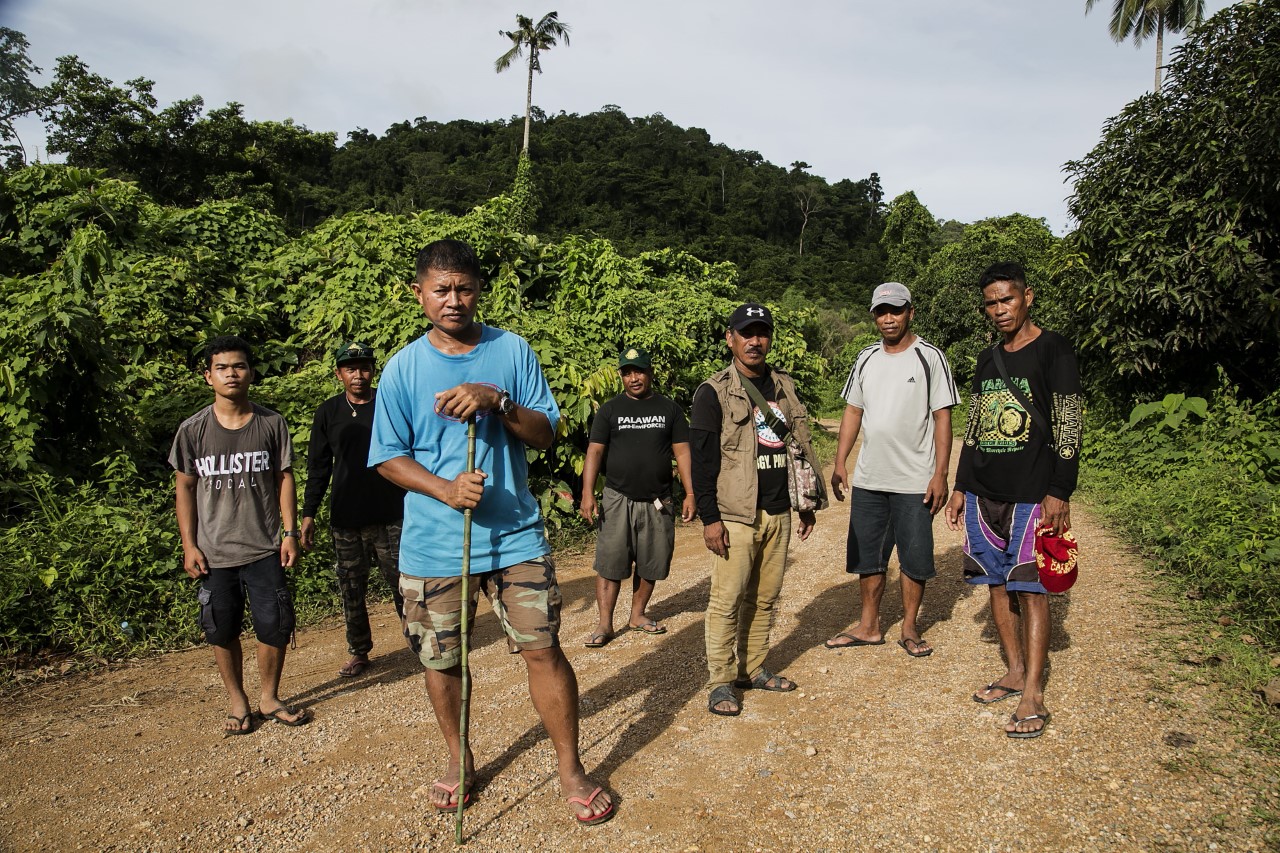 In 2019, XR was able to galvanize attention, propelling climate change back on the political agenda. The UK became the first country to declare a climate emergency, which seemingly catalyzed a number of others to follow suit. “Rebellion works,” exclaims international environmental lawyer and policy expert Farhana Yamin in the film, seemingly surprised at the government’s concession.

Above and beyond all the media noise that XR has generated, how far-reaching are the effects of the group? The documentary creates a candid portrait of the environmental group and its power dynamics, which, as an XR member notes at a meeting, was unconsciously recreating “the hallmark of power and privilege.” Being part of the solution entails seeing through the power and privilege that perpetuate a wildly unequal picture of climate impacts around the world. "Activist Alejandra shrewdly zeroes in on fiascos to factor justice into the climate equation, commenting on white Western environmentalism and how it errs in recognizing the same exploitative and extractivist practices that often mar the race to go green."All of that is still heavily reliant on extractivism. We are displacing whole communities,” she observes. “These kids in mines as young as five are getting cobalt so that we can have that solar panel. That’s the world that we live in right now… That’s where justice is key.”

The discourse about climate change must include more than just scientific data on atmospheric CO2 concentrations, rising sea levels, droughts or flooding events. The solutions to the climate emergency need to be moored in social and political contexts of power, justice, and access to resources. For the Tagbanua people on the island of Palawan in the Philippines, preservation of the forest is an existential question, not only because they derive their livelihoods from these vital ecosystems but because the very fabric of their community and their identities are deeply interwoven with the land of their ancestors, from which many are now being displaced. The forest is the “lifeblood of the Indigenous people,” an elder explains. But amid the influx of tourists and a frenzy of developers and investors looking to bring their commercial enterprise into the province, Palawan is now on the verge of being the lost frontier, where everything is up for grabs. In a powerful account of the locals’ struggle to safeguard one of the world’s most diverse ecosystems, Delikado (which aptly translates as “danger” in Tagalog) follows para-enforcers of the Palawan NGO Network Inc. (PNNI) as they carry out “meta legal” activities that involve citizens’ arrests and confiscation of the loggers’ tools, be they chainsaws or boats.

In the atmosphere of corruption and exploitative business projects, the burden of environmental protection in Palawan falls upon the likes of Bobby Chan (a lawyer and PNNI director) and his comrades. The land defenders are forced to take on what should be the government’s job of going after illegal fishers, miners and loggers. And this job is marred by death threats, now more so that the illegal loggers are armed and bolder. The documentary concludes with a harrowing question: “If we cannot protect people defending the planet, how are we going to protect the planet?”

Sevara Pan is an Amsterdam-based journalist and film critic.

END_OF_DOCUMENT_TOKEN_TO_BE_REPLACED

Bringing the Colonialist Past and Present into Dialogue at DOK Leipzig