As a Manchester, UK-based documentary filmmaker for over a decade, I, along with the small, diverse team with whom I work, have sought fair and meritorious access to opportunity. In my view, we simply have not been able to achieve it in our own country. Beyond what this means for us, far more important is what it means for others.

As a genuine Manchester production company rooted in the culture of Northern England, we are outsiders, but at least we have established the slenderest of footholds in what is, undoubtedly, a highly competitive space. However, virtually every break we have had has come from outside of the UK: being selected on the European Documentary Campus Programme; and having our feature documentaries championed by the likes of DOC NYC founder Thom Powers, ZDF-ARTE commissioning editor Hans Robert Eisenhauer and former POV executive producer Simon Kilmurry, and by artists like Chuck D and Ice T.

We have received recognition from influential cultural critics like Greil Marcus, Nelson George and Pete Bradshaw. We have had interest and support from cable and broadcast channels such as HBO, ARTE, SVT and ESPN—but always with the strange anomaly that we bring no UK backing. While at the UK’s Channel 4, Stuart Cosgrove gave us some funding support as a gesture of personal belief, while admitting that what we did could never make it onto national television.

In a rare exception in 2014, we received financial investment from Creative England, only to see our next project—on legendary Liverpool FC football manager Bill Shankly—falter because, despite being fully funded, an anticipated follow-up commitment from CE failed to materialize. We thought we had achieved progress and could edge toward sustainability, but the one element of funding targeted at “regional” culture and producers was the one piece of support we didn’t get. And therefore our whole backing from BBC Scotland, Creative Scotland and STV unraveled. Only our distributor has stood by us.

But having to find support through a Scottish route, having to go to New York for PBS support…it’s all just so strange. I’m not looking at the majority of output and thinking, “I wish we might do something as good as that.” On the contrary, I remain convinced we can do better.

I believe our experiences over the last 10 years have provided me with a unique insight into the tangible realities of the struggle for diversity within the media. I have seen first-hand how people with differing perspectives and backgrounds are gradually shut out. It is all the more pernicious because it is not overt. It shares some characteristics of institutionalized racism, but it is largely socio-economic and cultural. And there is no one culprit.

By the standards of the Greater Manchester in which I grew up, I had a stable and comfortable upbringing. But my background is working class and I have a clear, personal understanding of the systemic, inter-generational lack of opportunity that exists within this country—a heady mix of race, class and geography.

In the media, what we lack is not just diversity of skin tone, physical ability or sexual orientation; what we lack is something deeper than that—something at which these issues only hint. We lack diversity of thought and experience, and diversity of sensibilities that infuse cultural output. We lack voices that reflect the communities of which are spoken, voices with an affinity and empathy for those who sit outside the homogeneity of the media class.

The particular relevance of this to the documentary film world is that, of all areas of media production, docs purport to stand for the diverse and progressive values that the system we have fails to reflect. If we can’t achieve diversity in this space, what hope? This is a “Medium is the Message” issue. Who is making the films? It is not just about the subjects; it is about the creators and the voices they bring.

This is not some tall-poppy syndrome reaction against the talented and gifted. Quite the opposite: it is a call to let those with ability demonstrate that of which they are capable. The music industry could not survive the kind of class-based protectionism we have in the documentary world. The truly influential music artists come from anywhere. Talent, not always but often, will win out; unique voices are heard because there is an immediacy that leads rather than follows.

With the cost of production continuing to fall, documentary film has the capacity to be a really vibrant, grass-roots medium. But the art form is often stifled by the way it is managed, by the way privilege and access influence what gets made and reaches an audience. Great films are produced, but things can only get better if opportunity is broadened out.

If, for a moment, we consider a truly free-market argument toward the “best” getting made, this is definitely not what is happening. Crowdfunding offers hope, but the democratization of media production needs to be embraced at a political and institutional level—and made to work. The make-or-break power of the gatekeepers is still too great to be ignored. And marketers and self-promoters are not always the best filmmakers. 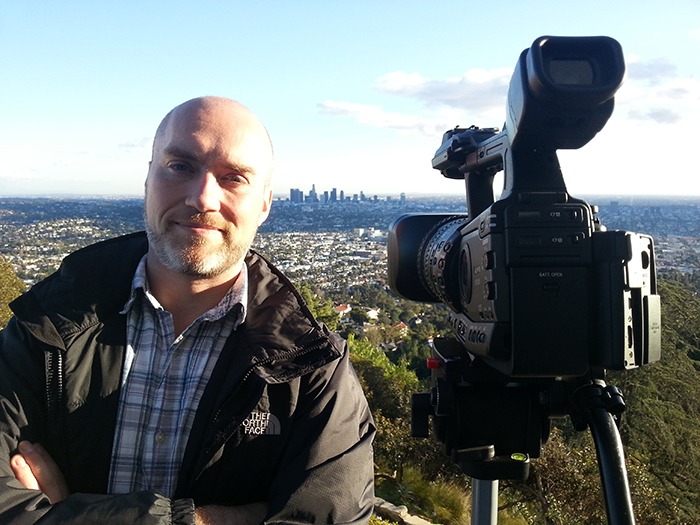 Speaking only of documentary film and television in England, here are some very straightforward suggestions of what I think could make a difference:

These are just some very basic ideas. This is not simply about making things more fair; it is about empowerment and trying to maximize the true value and potential of culture to help us grow and evolve as a society.

Our small but significant documentary industry can play its part and take a lead in this continuing, historic evolution. Given England’s experiences and its unique position of privilege, it should do better. It just requires effort.

Mike Todd is a documentary filmmaker and director of Riverhorse, a Manchester-based production company. His films includeJoe Frazier: When the Smoke Clears (2011) and Hustlers Convention, released in North America in July.