Editor's Note: In the lead up to the launch of the IDA Conversation Series, we wanted to feature articles on films made by those participating. Here is an article from the Summer 2012 issue of Documentary magazine about Kirby Dick and Amy Ziering's The Invisible War. You can purchase tickets to their upcoming conversation with Ben Mankiewicz on Eventbrite.

Hearing sexual assault victims recount their attacks is heartbreaking. Hearing story after story from US soldiers like Kori Cioca, who was beaten and raped by her Coast Guard supervisor, or Trina McDonald, who was drugged and raped multiple times during her service in the Navy, is horrifying. Learning that these women are part of an estimated 500,000 women who have been sexually assaulted during their time in the US military is shocking and overwhelming.

The Invisible War, which won the Audience Award at the 2012 Sundance Film Festival, investigates the disturbing prevalence of rape and sexual assault in the United States military. Documentary spoke with filmmakers Kirby Dick and Amy Ziering about their experiences in making the film.

What inspired you to make this film?

Kirby Dick: We read an article several years ago about the incredible number of instances of rape and sexual assault in the military, and initially I wasn't even sure that I believed those numbers; they were so high. We went ahead and corroborated the numbers, and then we looked to see if a film had been made on it and were really astounded that one hadn't, because this is something that has been going on for three generations. At that point, we decided we would move ahead and make a film.

How did you find the men and women you interviewed, and how did you help them feel comfortable enough to tell their stories?

Amy Ziering: We went to places where we thought we might be able to find them, like therapists. We called DAs and asked them to put a flyer out saying that we're looking for subjects. We made a Facebook page that said, "We're a documentary film team and we want to talk to you off-the-record, just for background; we're just interested in your story." At first it was slow, but then I got flooded; it was kind of astonishing and kind of sad, to hear from all these people who said, "No one's ever cared. No one's ever listened. I'd love to talk to you."

So I started calling them one by one and asking them a bunch of questions, and I think what made them comfortable was saying that this was all going to be off the record: Anything you don't want to talk about is totally fine, anything you do is fine, and if I ask anything and you just don't want to go there, that's fine too. I guess the other thing that made them comfortable was that I was very nonjudgmental and I believed them, which was somewhat revelatory because they were used to being disbelieved; usually the line of questioning was antagonistic or hostile or suspicious. And I totally did believe them. Having talked to one after another with identical stories, there was no way you could deny or even question their credibility.

How were you able to emotionally handle hearing these stories?

AZ: I didn't know what I was getting into, honestly. The phone interviews weren't that hard because it's two hours or four hours a day and then you go back to the separate parts of your life, but the in-person interviews did take a toll. When we went across the country and did interview after interview, it was difficult — and I had to learn how to take care of myself and dissociate to some degree and not internalize. I really now have much more insight and empathy for people who are relatives of anybody with this kind of trauma, because there's definitely second-degree damage just being around those issues. It was really hard, and I didn't know that it would be that hard. I don't think I could keep doing it; let's put it that way.

What was your experience like working with the military in telling your story?

KD: As far as the people we were interviewing, these are people who were in charge of Special Assault programs and more dealing with what happens to a woman once she reports. They're not dealing with the prosecution side, which is one of the problems; they have not set up a division to really focus on investigation, prosecution and punishment, which is why these are serial perpetrators continuing to assault again and again. But what we found was that even though they were well-meaning and were certainly concerned about what was going on in the military, they really didn't have a deep understanding of the extent of the trauma, of how difficult it was to report, and how if someone did report, they would be charged, they'd be harassed, and in some cases they'd even be re-assaulted.

These generals and admirals really did not understand this, and I think part of the reason is that they really did not have extensive conversations with these survivors. So they just didn't really emotionally understand what was going on. That's one of the things we hope this film will change. We're very optimistic that when people in the military see this and see the impact that these assaults have--and that they're being caused by a small number of serial perpetrators who do it again and again and again--that they'll be motivated to finally set out to change this.

I do want to say that we did not take an anti-military position in this film. In fact, almost all the survivors said they did not want to participate in the film if it was anti-military. These women and men had incredible experiences while they were in the military. They were planning to make it a career, they were very idealistic; in almost all of these cases, they joined because they believed that it was important to serve their country. And even now, after these assaults, many of them still wish they had a career in the military. So we made the choice to honor their wishes, because the only way this is going to change is by speaking to the people in the military, not attacking the military. We do attack the problem, and I think we take a very aggressive attack on it, but what we say is, "This is something the military should change. It will make the military better, and in the long run, I think it will be better for society."

How has the audience reaction been?

KD: It's been phenomenal. Audiences are incredibly moved. When you turn on the lights, people are always crying, their eyes are very red. These are incredible women and men and incredible soldiers, and you see how their lives are destroyed. And I think for most people, they really weren't aware of the problem--or certainly not the extent of the problem--and how devastating it is for the subject, so it's been very powerful for audiences.

How can people help spread the message of your film?

AZ: On our website, there's a petition in which we endorse three different pieces of legislature — bills that won't get passed before the re-election process is over, but then have a pretty good chance — and those are pretty significant. There's a "Take Action" page on our website that suggests other things you can do, but that might be the primary thing.

The second thing is that we would love for people to have screenings; no one can walk away from our film without being affected, and awareness is a huge step. This has just been such a closeted issue and no one knows about it, so if people spread the word, that will put pressure on Congress and the Department of Defense to take it seriously. 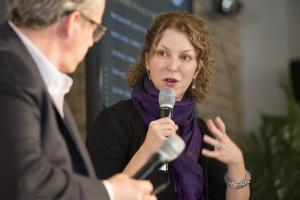 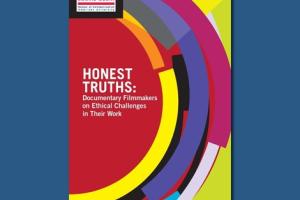 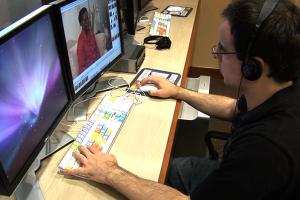 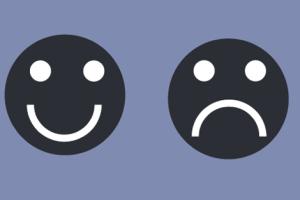