It is easy to see why the Sunny Side of the Doc market in Marseille, France, held last summer, is a favorite destination for the international documentary community of broadcasters, buyers and producers. The four-day international market is exclusively dedicated to documentary; it is a streamlined, focused place to do business and track the latest trends.

The market is housed at the spectacular Palais du Pharo, a grand chateau built by Napoleon III atop a hill overlooking the Mediterranean, with conference panels taking place at various buildings on the compound. In classic French style, the historic façade belies a modern, subterranean conference facility with pre-fab booths, slick printed materials and flat-screen displays of the latest programs. Just off the trade floor, the real action takes place on the terrace, where views of the sea and the centuries-old architecture of Marseille's bustling industrial port compete for attention at business meetings taking place under the cerulean sky of mid-summer in the south of France. The market has a loose affiliation with the International Documentary Festival Marseille, which ran July 1-6, and featured 80 films with both international and French competitions. This year included a retrospective of Werner Herzog.

Focused completely on individual broadcast documentary, Sunny Side is perhaps the perfect size, with a total attendance of 2,000, making it much easier to navigate than the much larger MIP TV and MIPCOM markets. Sunny Side draws 300 broadcast representatives from 50 countries.

According to General Commissioner Yves Jenneau, who also serves as director of documentaries at France 2, Sunny Side is not only a place to buy and sell, but also a place for professionals to remain au courant with what's happening in the business, addressing all types of questions concerning the genre--practical, ethical and structural.

Changes at the BBC, for example, were major news: At the BBC-hosted luncheon, Alan Hayling, head of documentaries, explained the prospective effect of recent government changes, which will decentralize production and afford new opportunities for independent producers.

In the "What's New" category, an upcoming English-language international public affairs 24/7 channel, Al Jazeera International elicited curiosity. Director of programming Paul Gibbs, a long-time BBC program head, offered an alternative programming strategy. Al Jazeera International is seeking worldwide, short-term (less than a few months) satellite rights for work that is close to finished; it will make fast programming decisions, often based on tying in-depth stories to breaking news. The channel will have 40 percent live programming, and will need lots of original content to fill the remaining airtime. It will fund about 10-12 fully commissioned projects and 20 co-productions, as well as acquire 150 programs. Headquartered in Doha, Qatar, with offices in London, Washington, DC and Kuala Lumpur, the channel will tailor a portion of programming to those regions.

In another form of morphing media, the "From Print to Television" panel compared three very different models for how content translates across media. In each case the television entity creates programs in the spirit of the original--journalistic integrity, telling stories of discovery and exploration, offering quality current affairs coverage--but the editorial is unique. The New York Times' Lawrie Mifflin talked about The Times' partnership with Discovery Communications, which offers the journalistic values of The Times--and the programming expertise and reach of Discovery. Mifflin explained that while there are direct print-to-TV story crossovers, such as a Pulitzer Prize-winning story on the US railroad industry by Walt Bogdanich that ran in print and on air the same day, the channel commissions, co-produces and acquires programming that is reviewed by Times reporters.

National Geographic Channel's Sophie Chalou discussed how the channel evolved out of National Geographic magazine's joining forces with Fox Television. Spiegel TV, which started as a news show of the newspaper Der Spiegel, is now Germany 's largest producer of news and information programming. Spiegel program head Stefan Aust pointed out that there are more TV people capable of writing an article than there are magazine writers who can make a film.

Launched in August 2005, More4 is a new online space for documentaries that extends the UK 's Channel 4 programming to the Internet. Peter Dale, head of documentaries, explained how filmmakers can upload four-minute mini-docs to be viewed by a broad public--and presumably Channel 4's editors looking for new quality stories and storytellers. The content is free and rights are handled through Creative Commons, the San Francisco-based nonprofit organization that offers a flexible copyright for creative work.

The Democracy Project, which will fund ten feature films and several shorts addressing the state of democracy around the world, now has 18 international broadcasters committed to making the project happen, according to TV/2 Denmark's Mette Hoffman Meyer. The group has fielded pitches at SILVERDOCS, Hot Docs and IDFA and has reached out to filmmakers in China. The primary organizers--South Africa-based Day Zero Film & Video's Don Edkins, BBC's Nick Fraser and YLE's Iikka Vehkelahti--announced initial funding for several projects, including a film on the struggle for democracy in Papua New Guinea from Thomas Balmes (A Decent Factory); a film from Wei Jun Chein (To Live Is Better Than To Die) on student elections in China, and a film from Jehane Noujaim (Control Room), on an ad agency in the Middle East at work selling democracy.

Sunny Side organizers hold events throughout the year to continue to support international co-production. In January 2006, international relations director Jean-Jacques Peretti will organize a co-production event in January in Washington, DC prior to the Real Screen Summit. SILVERDOCS and Hot Docs will both support the event.

The next Sunny Side of the Doc market will take place June 28-- July 1, 2006. For filmmakers planning to attend, Sunny Side is a serious financial commitment; the flight, hotel and accommodations can easily total over $1,000. US Independents, which is run by Diana Ingraham and Meg Villareal, acts as an umbrella organization for US producers. Their booth was official home base for half a dozen American producers and companies, but more importantly, a de facto meeting point for US attendees in general.

The international buyers are very open and friendly, but as with any market, if you don't already know people, the buyers' community can be tough to penetrate as they all have ongoing business to discuss. Since there were relatively few US producers attending, those who did had fantastic access to buyers. 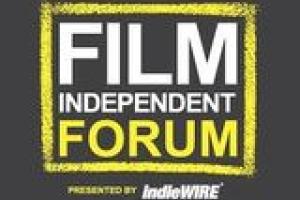 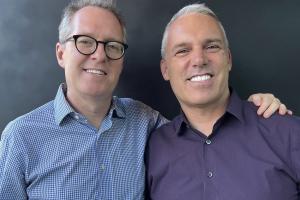 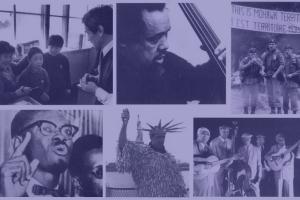 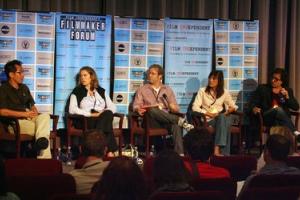 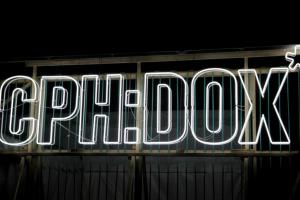 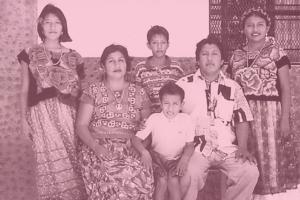