The Revolution Will be Streamed: Short Docs on the Web

What if there was a documentary on every night? What if your local newspaper hired, promoted and integrated documentary features in each issue? What if photojournalists were now more than just picture people—what if they were encouraged to be storytellers and long-form editorial craftsmen? Does this sound like a far-off fantasy—something born of the over-zealous imaginings of would-be news gatherers?

Well, it's happening right now at the Washington Post.

John Poole is one of the videographers of CameraWorks at washingtonpost.com, and he and his team are leading the revolution that converts functioning multimedia and still photographers into working documentary filmmakers. As Poole explains, "It was an accident six years ago." He started as a writer, then a producer of the arts section, then he  actually put up the first video on the paper's website. It was in the lead-up to the 2000 elections that short documentaries really took off.

Recent reports include the Washington Redskins opening day at training camp and  a memorial ceremony for those killed at the Pentagon on 9/11—both covered with a Canon GL2 and Sony PD-150 DV, with Sennheiser ME-66, and edited on Apple's Final Cut Pro software.

Many factors fueled the experimentation with video on the Web, but while most newspapers used Web streaming to aim a camera at a reporter and create more talking heads, the Post sent its team out to the field to shoot, edit and craft narrative stories.

Poole, along with Ben de la Cruz and Travis Fox, now form the backbone of the documentary unit that files to the paper's website every day. But just what kind of documentaries are they?

"We're not long-form documentary filmmakers" says Poole. "We make short, subject-driven pieces. Our roots are in photojournalism. In fact, we were shocked when we entered and won an award from the White House News Photo Association."

"In the same way the introduction of 35mm cameras transformed photojournalism," adds de la Cruz, "DV cameras are reshaping the video documentary and news-gathering landscape." De la Cruz says that because he and his colleagues can shoot alone with small cameras, they can build more trust with their subjects than a three-person crew can. The result: more intimate, accurate documentary video.

As the bloom of the dot.com rose began to fade in late 2000, it was the critical praise and the growing enthusiasm of readers that convinced the Post to keep its young documentary unit alive. But the transition from dot.com to docs on the Web has generated a few bumps in the road.

Says Poole, "When people say documentary, they think hour-long, feature-length.  What we make are news-based short documentaries [that are] time-sensitive, interview subject-driven narratives, as opposed to talking reporter heads."

Poole tells of being out with Democratic candidates and finding himself standing next to filmmaker Alexandra Pelosi, the former NBC News producer who infiltrated the private press unit and shadowed then Governor George Bush on his way to the US Presidency; the resulting documentary, Journeys with George, aired on HBO in 2002.  She turned to Poole, pointed to the pack of news crews and said, "All those guys hate our guts."

But Poole isn't sure that he and Pelosi do the same kind of documentary work. "She and I were doing very different things. She was filming a personal home movie. I was doing a documentary."

But one thing that Poole is sure he's not making is "News." "I don't want to say I shoot local news," he says. "We have the luxury of having a fantastic paper that publishes stories all the time. Our documentaries are done in conjunction with pieces published in the paper."

So is this hybrid creature a glimpse into the future, or an anomaly? Tom Kennedy, a former director of photography for National Geographic, told the National Review, "It sort of is a carryover of a style of storytelling that I learned there. I thought that the methodology was translatable to video. In other words, letting the subject tell their own story, rather than having a lot of mediation by reporters, voice-overs, that sort of thing. I wanted to see if that could work in a Web environment."

And work it does. See for yourself at  http://www.washingtonpost.com/wp-srv/photo/newsvideo.htm.

And what does this mean for the future, if the idea of watching video on a computer screen doesn't seem ideal? Says Poole, "At this stage, most people are going to have a much better experience on their 30" television. So if streaming moves from computers to the entertainment center, TV would be a great way for Washington Post video to evolve."

Documentaries from the people who print newspapers? It could redefine the documentary for a whole new generation of filmmakers and audience members.

Steve Rosenbaum can be reached at Steve.Rosenbaum@CameraPlanet.com. 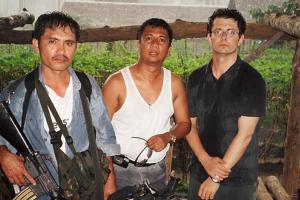 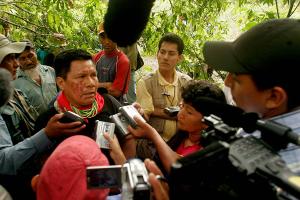 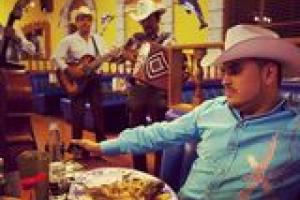 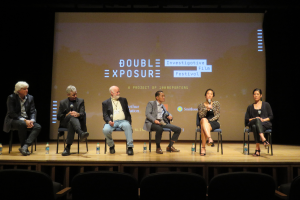 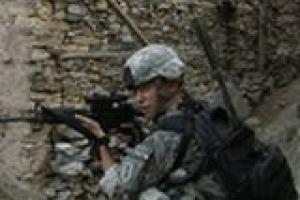 Online Feature
This Is What War Feels Like: Sebastian Junger's 'Korengal'
Read More 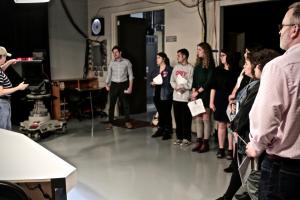