The Storyhunter team in their Brooklyn office, reviewing pitches from around the world. Courtesy of Storyhunter

The Botanic Lab Bar on Manhattan's Lower East Side bustled with the energy of a typical Friday night crowd. International filmmakers, tech leaders and producers all gathered together in the relaxed vibe of the basement lounge, sipping herb-infused cocktails and listening to the ambient, pulsating beats of a world-music mix perfectly suited to the laid-back atmosphere of the room. At first glance, it appeared to be not unlike any other scene with an underground buzz and a focus on eclectic mixology.

The one exception, though, was the big projection screen propped next to the DJ booth, playing a documentary short about the new recreational skiing scene in Bamiyan, Afghanistan. Less meat market and more creative nexus, this Friday night was different in that it played host to Storyhunter's second anniversary bash, a networking event for the video journalism start-up.

Storyhunter, the brainchild of co-founder Jaron Gilinsky, came to be as a premier network for video news journalists and documentary filmmakers to pitch unique stories and increase connectivity between artists and publishers. Working the freelance circuit as a video journalist himself, Gilinsky saw first-hand the inefficient, and often times corrupt, management style of international news bureaus, manifesting in a growing disconnect between filmmaking talent and distribution outlets. 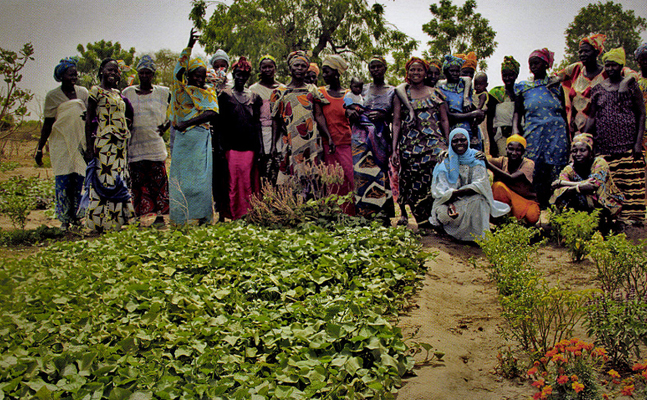 "There was a pandemic in the media," says Gilinsky. "I saw how repressed journalists were." Creatively stifled, news journalists often fell victim to political propaganda, forced to comply with the regulations of government-controlled networks and cost-cutting foreign bureaus. One of Gilinsky's colleagues left a job at a main Nepali news station after refusing to submit to a controlling political hand. "There weren't any real creative news jobs in town," says Gilinsky. "There was no way to book a gig."

Cut to 2011. With a mounting frustration in the lack of creative control for video news journalists, Gilinsky stumbled upon his greatest source of inspiration in the then-emerging Internet networking service known as AirBnb. Now wildly successful, AirBnb initially based its business model on a simple exchange of need and want, targeting young, travel-centric Millennials looking for cool, affordable housing options. "I saw what AirBnb was doing, and I knew this was the new way," says Gilinsky. "Creating a need and building a platform based around that demand was exactly what I wanted to do for our industry." After raising funds and partnering with co-founder Alex Ragir, Gilinsky launched Storyhunter in May 2012, establishing a database for trusted, talented filmmakers to connect with publishers and distributors in need of creative, forward-thinking news content.

The business model for Storyhunter is simple. Any video journalist or documentary filmmaker can fill out a form requesting a short bio, examples of relevant work experience and links to online portfolios. From that point, the Storyhunter team begins a strategic vetting process.

"My main focus is to build a trusted network," says Gilinsky. "We need to feel confident that filmmakers aren't going to manipulate the truth, since we're handing them to publishers who trust us." Once a filmmaker has been given the seal of approval, he or she is welcome to post pitches for assignments already listed in the database, or he or she can send an open pitch for any original story. All items are tagged in the database, so it's easy for those in the network to search ideas related to their expertise. "It's great because instead of one long e-mail chain, hundreds and thousands of editors and publishers can pick your story pitch," Gilinsky notes. Much like the AirBnb model, Storyhunter fosters a credible, symbiotic relationship between creative talent and publishing outlets.

In fact, the network has progressed so steadily over the last two years that Gilinsky and Ragir have been able to launch hugely successful licensing deals with AOL, Yahoo and PBS, providing more and more opportunities for video journalists to create a variety of unique, documentary-style news stories. In 2013, Storyhunter partnered with AOL On, an online news channel featuring exclusive Storyhunter content. Shortly thereafter, Gilinsky finalized partnerships with several of Yahoo's international markets, including Mexico, Columbia and Brazil, establishing a Storyhunter Channel that spotlights close to 200 original stories. It's currently one of the most popular Yahoo channels on the Web. In December, POV, the PBS documentary strand, commissioned Storyhunter to produce several online shorts to coincide with the broadcast premiere of Joe Brewster and Michèle Stephenson's American Promise. Filmmakers Noel True and Rob King, the husband-and-wife team behind the LA-based production company Little Pictures, saw the call for pitches and decided to give it a go.

The pitch, which asked filmmakers to submit story ideas about the achievements and challenges facing young males in today's African-American communities, piqued the interest of the LA duo, since their aesthetic fell perfectly in line with what POV was looking to produce. "We knew Storyhunter was based more in video journalism, while we work more in a documentary style, creating character development and story lines," True notes. "However, Storyhunter gave us an opportunity to knock directly on PBS' door." Their original piece, titled The Jazz Ticket, told the tale of Vince Womack, a high school jazz teacher helping students from rough Los Angeles neighborhoods find a means to college through music education. The film was ultimately chosen as one of the three POV-commissioned shorts, and it even won them the Storyhunter of the Month award in January of this year.

"Because of our success with POV, we've now been accepted into the Storyhunter network," True says. "We've been vetted, which is great." The Little Pictures duo, who currently produce documentary shorts for corporate clients, were more than pleased with Storyhunter's flexible approach to filmmaking, providing a comfortable environment for the creative process. "They gave us enough rope to create a journalistic piece while still allowing us to maintain our documentary aesthetic."

Similarly, the Fusion network, a joint venture between ABC and Univision, commissioned Storyhunter filmmaker Carlos Beltran to produce several pieces from Caracas, Venezuela, documenting the riots and student protests that took place in February of this year. "I was interested in the documentary approach to news stories," Beltran maintains. "It took me in." Joining the network in 2012, Beltran has since been working seamlessly with Storyhunter from Caracas, noting the efficient responsiveness from the network team in New York as the crucial factor in establishing such a strong creative relationship. He's covered about five full news stories through Storyhunter, and he's found these specific pieces have hit a reach far beyond what he would have initially anticipated had he produced them through another venue.

And despite Storyhunter's notable achievements over the two short years of its existence, Gilinsky and Ragir are still concerned with the small-pond model in which the network currently exists. "Right now, we get about 5,000 pitches, and about 350 of them are picked for production," Gilinsky explains. "I'd like to increase that number." Innovation, speed and responsiveness appear to be Storyhunter's approaches to success, and with the growing popularity of the video news medium, the network is positioned nicely to enhance its visibility within the market.

Jane Dubzinski is a freelance writer based in Los Angeles. She has an MA in English Literature from Cal State LA and hopes to pursue a PhD in cultural studies. She also loves the Boston Red Sox.

END_OF_DOCUMENT_TOKEN_TO_BE_REPLACED

The Ethics of Documentary Production in a Pandemic

Doc U: The Documentary Filmmaker as Journalist