Sundance Docs: It's a Family Affair

The 2003 Sundance Film Festival opened with a number of palpable changes: longtime festival co-director and documentary impresario Nicole Guillemet departed last year to head the Miami International Film Festival; the House of Docs moved up Main Street, sharing quarters at the Elks Lodge with the Filmmakers Lodge; the Holiday Cinemas reopened this year for doc screenings in spacious and expanded quarters; and Sundance itself relocated its headquarters from Shadow Ridge to the Marriott near Prospector Square.

While Sundance ‘02 exuded a post-September 11 malaise, with Park City's skiers outnumbering the Sundance generation, this year's edition showed all the signs of a college winter carnival, with celebs and celeb-watchers jamming Main Street, parties overflowing, and all comers joining together one afternoon for an anti-war demonstration.

And then there were the docs. If any theme among this year's offerings revealed itself, it was that of the family—dysfunctional, virtual, communal, foster, adoptive—and how it stays together, what tears it apart, what's hidden and what's not.

Andrew Jarecki's first documentary, Capturing the Friedmans, made a huge splash, earning the Documentary Grand Jury Prize. This is as much a film about a family that falls apart as it is about the negative and positive power of the camera as a capturing device. The Friedmans were seemingly happy and middle class, living in Great Neck, Long Island. They documented their lives often, via home movies and videos. When child molestation charges are levied against the father, Arnold, and the youngest son, Jesse, Great Neck turns into Salem, and the witch-hunt is on. When the police—then the media, then the community—spin the charges wildly out of control, the Friedmans themselves implode, square off and accuse one another. They also capture the whole mess on video cameras, ostensibly to make sense of the maddening situation. But as the case evolves, the darker secrets that the home movies never approached are exhumed. Jarecki explores the case's intricacies, complications and contradictions with an abiding patience for the darker, deeper truths behind the sordid and lurid aspects of the story. Deftly blending the family's home movies and videos, news footage, and his own interviews with the Friedmans, Arnold and Jesse's alleged victims, the police, experts and members of the media, Jarecki has created a troubling tale of families and communities. The film also considers what the mind remembers, what the camera records and what the challenges are of plumbing the truth.

Robb Moss made a documentary in the late '70s called Riverdogs, about a group of white water rafters living together for a few months in a it's-never-too-late-for-the-'60s, clothing-optional, hallucinogenic-laced utopia. Some 20 years later, Moss caught up with this group in The Same River Twice, a sort of meditation on the challenge to maintain innocence and idealism in the face of the usual life responsibilities—marriage, parenthood, career. Taking some cues from Michael Apted's Up series, Moss has his subjects watch and comment on their younger selves. Some had married—and divorced—one another; some developed cancer; all seemed to convert their idealism into varying degrees of activism; and one stayed true to the river, living in the woods, playing fiddle, oblivious to time-and earning the envy of the rest of the group. They take their grown-up status wistfully, especially when engaging the two looking glasses that Moss holds before them: the documentary of their life on the river and the camera that records their lives all over again.

The passage of time also figures in Spain-based Carlos Bosch and Josep Domenech's Balseros, a stunning epic that traces the lives of seven Cuban émigrés as they travel from makeshift raft off Havana to incarceration in Guantanamo Bay to patriation in America. What had originally been a simple news report about people building rafts and escaping from Cuba became an eight-year odyssey for the filmmakers and their characters. The filmmakers, who could easily travel between the US and Cuba, would show footage of the émigrés to their families—and vice versa—and we, the viewers, see this exchange in the film. The characters have varying degrees of success in realizing the American dream, and this ambivalence about their new home and the home they left behind enriches the film and enlivens the view of the immigrant experience.

Balseros was part of Sundance's initiative to show more documentaries from around the world in a special World Cinema showcase. Another film in this section, the UK's Kim Longinotto's The Day I Will Never Forget, has been making its way around the festival circuit since last spring and will air on HBO later this year. The film is a brutally honest look at female genital mutilation in Kenya. While the viewer is subjected to a wrenching scene of an actual clitorectomy, Longinotto takes pains to allow the elders share their views of the subject—in the context of ritual and tradition. Although there is some resistance to change, it's clear in the film that girls and women are taking bold stances against their parents, as bold as the film that Longinotto has made.

Steve James' Stevie also has garnered praise on the festival circuit, and it opened in theaters last month. Ostensibly about the filmmaker's efforts to reconnect with Stevie Franklin, a troubled man to whom James had been a "Big Brother" in college 10 years before, the film is also an inquiry into the relationship between a filmmaker and his subject. It's conscience that drives James to Stevie—the guilt of having abandoned him, the pain of knowing where Stevie has gone. As trouble seems to find Stevie more and more as he re-enters James' life as a subject of a documentary, James openly questions his many roles—as a filmmaker, as a Big Brother, as a human being-as he himself becomes a character in his own film. Given the many scenes of intensity and intimacy, Stevie earned the Excellence in Cinematography Award for Dana Kupper, Gordon Quinn and Peter Gilbert. As Kupper quipped when accepting the honor, "When in doubt, zoom out."

My Flesh and Blood earned the Documentary Audience Award, as well as the Documentary Directing Award for Jonathan Karsh. Jennifer Chaiken produced. The film profiles a family of 11 physically and emotionally challenged children, under the big-hearted care of their adoptive mother, Susan Tom. This is a year-in-the-life of the family, a year of struggles, joy, resilience and, to the most recalcitrant and mercurial of the children, death. Although the disabilities of the children are severe, this is not a film designed to evoke pity, but one about living resolutely and fiercely, embracing the joy and engaging the pain in equal measure.

Love and Diane is also a film about a family, which, at the beginning of the film, is reunited after ten years of foster homes and institutions for the kids and rehabilitation from a crack addiction for the mother. Producer/director Jennifer Dworkin, in her first film, focuses on Diane, the mother, as she struggles to re-enter the work force, and hold her family together, and Love, her HIV+ daughter, who at 18 has just given birth to a son. Dworkin follows Love and Diane over a period of several years (the film itself clocks in at a hefty 155 minutes) as they move in and out of each others' lives, eying one another warily, occasionally engaging in tempestuous rows and reaching, in the end, a shaky ground of reconciliation and forgiveness. This is a film that takes a personal look at issues like welfare, foster care, teen pregnancy and drug addiction. Although the film could stand a more rigorous edit and a livelier pace, it does succeed in putting a face on an all-too-often faceless condition.

Finally, Stanley Nelson's The Murder of Emmett Till (which aired nationally on PBS' American Experience right in the middle of the festival) tells the story of the grisly tragedy that sparked the civil rights movement: the brutal murder of a 14-year-old African-American boy visiting relatives in Mississippi in the summer of 1955. Emmett Till had been accused of whistling at a white woman. Nelson sets the context for this crime with newsreel and archival footage from that era. He lets witnesses, friends and family members-including Emmett's mother, Mamie Till Mobley—tell their stories, from Till's departure from Chicago to his horrible return, from the failure of justice that followed to the national mobilization of the Civil Rights Movement that took firm hold as a result. While Till's story has been the subjects of ballads and was addressed in Henry Hampton's epochal Eyes on the Prize, Nelson's film, as much a powerful meditation as investigation, is the first full-bodied forum for it. "Emmett was the load that I would carry," says Mamie Till Mobley in the film. She passed away shortly before she had a chance to see it. It earned a Special Jury Prize, which Nelson dedicated to her. 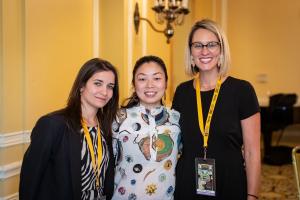 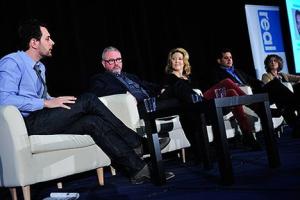 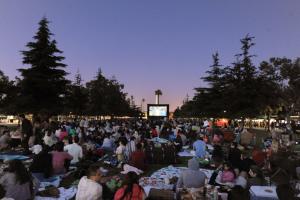 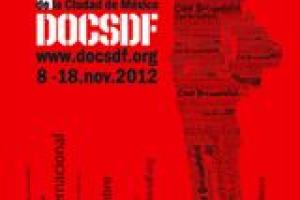 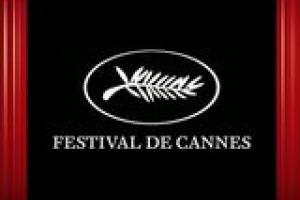 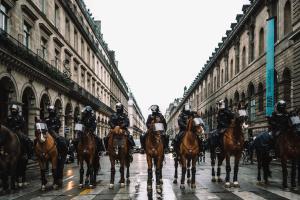