Teaching Contemporary Documentary in the Context of Democracy 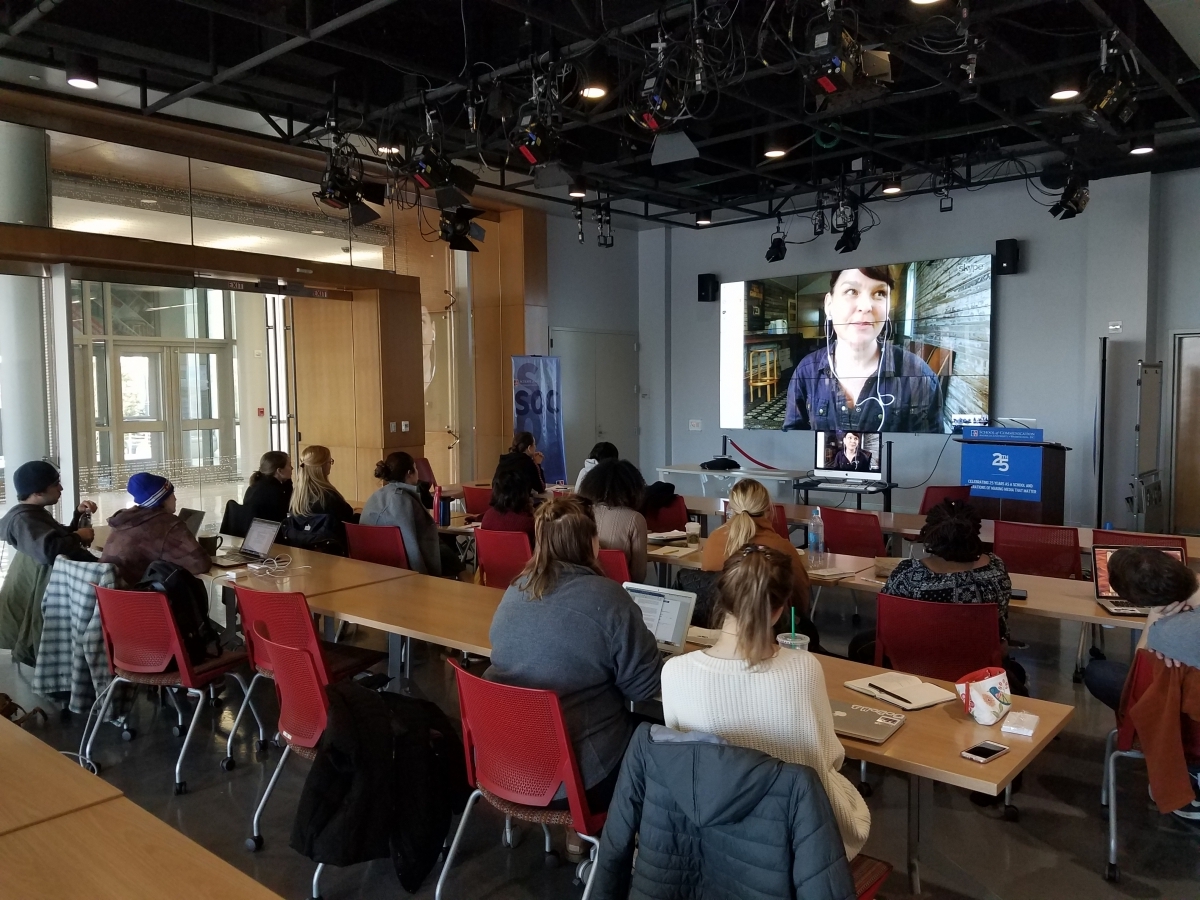 When I was a sophomore in college, I saw Roger & Me, Michael Moore's moving and often darkly comedic romp through General Motors' exodus from Moore's hometown of Flint, Michigan. My love of the documentary genre was born in that moment. Yes, it was the storytelling, but it was also the anthropological voyeurism and access to intimate human moments that hooked me.

Beyond the story form itself, where and how I experienced the film was meaningful—that is, in the context of a sociology course that focused on jobs and socioeconomic inequality. The class backdrop and discussion reinforced the film's power to open a critical lens with which to see the core social issue of the movie, well beyond the news coverage of the loss of manufacturing jobs in the American Midwest. At the time—the 1990s—the looming economic crisis that would befall Flint and its neighbor communities, as the world careened toward a jobs-transforming new information age, was a slow burn that would accelerate in the ensuing years, infusing itself into political speeches for years to follow.

A few decades later, this broad way to view—and now, to formally teach about—documentary remains firmly in my perspective as a professor and a filmmaker. Nonfiction storytelling is, after all, equipped to spark the kind of civic conversation and monitorial function so vital to democracy.

This semester, I shaped and taught a mixed upper-level undergraduate and graduate class, Documentary Storytelling & Social Change, at American University's School of Communication. While university-level documentary curriculum typically takes its lens as how-to production, history or film theory, this course reflects an additional, central place for documentary storytelling in the information age—as an integral mechanism of cultural reflection. A healthy democracy is shaped partially through lively civic discourse, and documentaries often spark that kind of cultural talk. The class articulates documentary as both a form of art and a form of communication and public affairs information, illuminating independently produced human stories that are often lost in a consolidated media system—or sometimes not seen at all.

The opportunity and responsibility to teach the art and communication mechanisms of the documentary tradition weighed profoundly on my approach to the course, which takes its opening premise from John Grierson's enduring definition—"the artistic representation of actuality"1—as well as its social responsibility function. A broad, democratic premise of "social responsibility" is too complex to reduce to ideological, partisan dogma, and so my course does not focus on partisan engagement with the two-party system. It is not a political class, per se, focused on left and right.

In Documentary Storytelling & Social Change, I combine rich communication theory and research-based evidence about the role of framing and storytelling; history about the evolution of documentary that illuminates social challenges; and a critical examination of storytelling styles and approaches, from personal narrative to investigative journalism and the blurred lines in between. Based on this backdrop, the core of the class examines each of 10 to 12 documentary films within their respective cultural backdrops. Some raise awareness of social issues (The Invisible War), some work to shift social norms (Bully), others reveal grave injustice (Semper Fi, Sin By Silence), others illuminate unseen history (The Black Panthers: Vanguard of a Revolution) and issues (Unrest and When I Walk). And some reveal a community's perspective about its own reality, taking back the power of a dominant news narrative (Whose Streets?).

Throughout the semester, where space was permitted between film screenings and discussions (and research, readings and quizzes!), we were joined by special "guest stars" on Skype—some of the most thoughtful voices in documentary storytelling and the intersection with democracy. Michael Premo (Sandy Storyline, Water Warriors) talked about the use of storytelling to engage local communities. Molly Murphy, co-director of Working Films (a nonprofit organization of which I serve as a member of the board of directors), discussed community organizing via documentary storytelling, from short-form to entertainment-network programming. Olivia Klaus, whose documentary Sin By Silence changed California state law regarding domestic violence survivors sentenced for killing their long-term intimate-partner abusers, shared insights about how she built a strategic grassroots effort around the film.

To close the semester, Elaine Sheldon, whose documentary about the opioid crisis in the US, Heroin(e), was nominated for a 2018 Academy Award, hit us with a quote that perhaps best summarizes the entire class: "Documentary allows us to look behind the headlines and see what's missing."

For me, shaping and teaching this course was a dream and a privilege, although my students hopefully did not know—until they read this—how nervous I was to teach it. The responsibility to get this right, to help young people learn about culture and framing and civic discourse, is a big one. Human connection fostered by story is powerful, access to information is crucial, and the ability to think critically about where it comes from and who is shaping it—and who is often not included—is a muscle that needs constant development. Documentary, as a form of art and information, resides within that cultural vortex, requiring the same serious scrutiny and reflection as other story-purveyors that shape the fabric of who we are as a globally-connected society.

Caty Borum Chattoo, director of the Center for Media & Social Impact, an innovation lab and research center based at American University's School of Communication in Washington, DC, is a professor, writer, documentary filmmaker and scholar. She serves on the boards of directors of Kartemquin Films and Working Films. Her book about the role of documentary in democracy, The Blackfish Effect & Other Stories: Documentary, Democracy & Social Change in the Information Age, is forthcoming.