"The War" Goes On Despite Some Last-Minute Skirmishes

From The War, directed and produced by Ken Burns and Lynn Novick, airing on PBS

Scottish poet Robert Burns scribed that memorable line in his 1786 poem “To a Mouse.” In 21st century verbiage, it reads, “The best laid plans of mice and men often go astray.”

Filmmaker Ken Burns can probably relate to that timeless gem authored by his distant relative. He and co-producer/director Lynn Novick were on the final lap of a monumental documentary project when they hit an unanticipated bump in the road. They had spent seven years digging beneath the surface of World War II, resulting in a 14-hour documentary that will premiere in seven segments on PBS in late September. The War is a co-venture between Florentine Films––Burns’ production company––and WETA, the PBS affiliate in Washington, DC.

Following a preview screening of The War in Austin, Texas, last spring, Burns and Novick were asked if they had interviewed any veterans who were Latinos or American Indians. The filmmakers searched their memories before responding that none of the 40 veterans whose memories were weaved into the fabric of the story were Latino Americans or Native Americans. That sparked a political maelstrom, resulting in major articles in Time magazine, The Los Angeles Times and various other publications.

For perspective: The War is the 19th history-based documentary that Burns has produced and/or directed since Brooklyn Bridge in 1981. His innate curiosity has led him to an eclectic range of topics varying from the histories of baseball, jazz and radio, to the Lewis and Clark expedition, the Civil War and the lives of Huey Long, Thomas Jefferson and Mark Twain. His films have earned three Emmy Awards and five other nominations, two Oscar nominations and the 2002 IDA Career Achievement Award.

Burns initially thought about producing a historical documentary about World War II during the mid-1990s. From the beginning, he planned to tell the story from the perspectives of ordinary people talking about survival, rather than asking historians, politicians and generals to discuss strategies and goals. Burns temporarily shelved the project because he had had his fill of death and mayhem during production of The Civil War. He shifted The War back into high gear during the end of the 1990s after hearing that some 1,000 US veterans of the war were dying every day. The clock was ticking.

“We spent several years doing research at the National Archives in Washington, where we found incredible footage taken by combat photographers who risked their lives to get the story on film,” Burns says. “We also found film taken in the heat of battle at other archives in the US, Tokyo, Moscow, Berlin and London––in addition to amazing still photographs and 8mm and 16mm motion pictures by hobbyists.”

Burns and Novick chose four geographically and culturally diverse urban areas as locations for filming interviews with survivors, in order to keep that part of the project manageable. Mobile, Alabama, was the hometown of Eugene Sledge, author of the war memoir With the Old Breed: At Peleliu and Okinawa. It was a shipbuilding center in the old segregated South. Sacramento, California, had a large Japanese-American population and was home to munitions factories and military bases. Waterbury, Connecticut, had a significant number of people who worked in war factories. Luverne, Minnesota, was the hometown of Quentin C. Aanenson, whose exploits inspired the 1993 PBS documentary A Fighter Pilot’s Story.

During the next five years, Burns and Novick researched newspaper archives, visited with historical societies and veterans groups, and let the public know that they were looking for people who had stories about what it was like to be on the beaches at Iwo Jima, Tarawa, Palau, Saipan or Normandy, or to parachute into Market Garden in Holland, or to be a prisoner of war.

Burns and Novick divided the interviews between them, and Buddy Squires, his former classmate at Hampshire College, did the principal cinematography. Squires has been his cinematographer since Brooklyn Bridge; Burns explains that he gave up shooting when he realized that he wanted to look into the eyes of the people he was interviewing.

They produced The War in Super-16 film format framed in 16:9 aspect ratio, anticipating that the film will be seen in HD and standard video formats on PBS outlets. The images are augmented with a 5.1 Dolby Surround Sound track.

“I love the look of film and the feelings it evokes,” Burns says. “It’s how I choose to express myself, like a painter who prefers oils instead of watercolors. We were dealing with people’s most painful memories. They had seen their best friends killed or maimed and had come close to that themselves. We wanted it to feel organic.

“The interviews were usually done in the survivors’ homes to make them feel as comfortable as possible,” Burns continues. “We asked questions conversationally, and Buddy’s lighting was sympathetic. He helped us make everyone feel comfortable and look good. Buddy used soft light that he made subtly darker and brighter in tune with the words. Composition was also interpretive, depending on the environments.”

Squires carried just enough camera gear to suit the context in which he was working, including an Aaton PROD camera with Canon 8:64 mm and 11:165 mm zoom lenses, and a few small lights. Images were initially recorded on Eastman EXR 100T 7248 film, then on Kodak VISION2 100T 7212 film when it was introduced about midway through production.

“Jerry Liebling was one of our mentors at Hampshire,” Squires says. “He taught us that we could use the camera to record something deeper than the surface reality. He also taught me to ask myself about the meaning and symbolic importance of each image, and to pay attention to lighting. We made it as easy as possible for 70- and 80-year-old people to tell their stories. Ken and Lynn were sensitive while encouraging people to relate their painful memories. I didn’t want to distract or make them self-conscious.”

Squires also shot scenes on the beaches in Normandy and at other places where battles were fought. He explains that much of the archival film was frenetic, with bombs and shells exploding and landing craft hitting the beaches. The film he shot is meant to give the audience glimpses of what those places are like in peaceful times.

During their research, Burns and Novick found compelling words in memoirs and letters written by people who had died during the war or afterwards, and brought on Tom Hanks, Samuel L. Jackson, Eli Wallach and a few other personalities to perform the readings.

Burns stresses that it was a team effort with words, sound effects and music in harmony with the images. Geoffrey C. Ward authored the script, which was narrated by Keith David. Wynton Marsalis composed, arranged and performed the music. Gene Scheer’s song “American Anthem,” performed by Norah Jones, serves as the theme for the series. The rest of the soundtrack includes classical, jazz and swing.

“In audio archives, we researched the sounds created by cannons, tanks riding on snow, gravel and pavement and flights of airplanes,” Burns says. “You can feel the bullets whizzing past your head and debris from grenade explosions falling on your shoulders when the images are augmented with 5.1 Dolby Surround Sound.”

“Most documentaries are expressions of fixed ideas,” Burns says. “The War was a process of discovery. We embraced what we discovered and got to know the people whose stories are featured in The War like members of our family.”

That statement may address any lingering questions readers might have about how Burns and Novick reacted to the furor in the press about the initial lack of Latinos or Native Americans in the first cut of The War. The filmmakers reached out to those communities, and embraced the opportunity to interview additional veterans who had compelling stories.

“When we previewed The War for veterans, I watched tears running down their cheeks,” Burns concludes. “Some of them told us that they have been waiting all of their lives for someone to tell the world what it was really like. That told me that our mission was accomplished whether or not we get good reviews or win awards.”

Editor’s Note: In early May, as reported in Current.org, after a 12-hour negotiation session between Burns and Florentine Films and representatives from the American GI Forum and the Hispanic Association of Corporate Responsibility, Burns agreed to include interviews with and content about Latino American veterans of World War II. These segments, which Burns will produce and direct himself, will added prior to the closing credits. This agreement culminated a long series of debates and discussions about issues of inclusion and diversity, as put forth by the Congressional Hispanic Caucus and the Minority Consortia, and interference in program content and breach of independence, as expressed by executives at PBS, CPB, NPR and the Association of Public Television Stations. For more details, go to http://www.current.org/hi/hi0708burns.shtml.

In a recent development, according to a report in Yahoo! News, Burns announced at the Television Critics Association conference in Beverly Hills in July that nearly 30 minutes of footage on Hispanic and American Indian veterans had been added to The War, with profiles of two Latino Marines concluding the first and sixth episodes and a Native American soldier’s story concluding episode five. “We’ve done more than we were asked and expected to, which is our way of honoring our own interest in doing this right,” he said at the conference.

Bob Fisher has been writing about film preservation and cinematography for over 25 years. 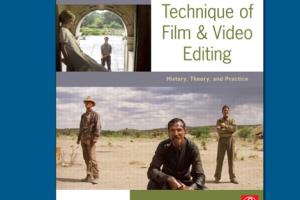 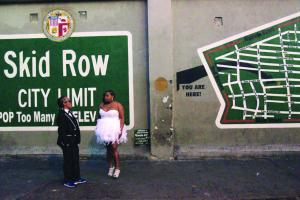 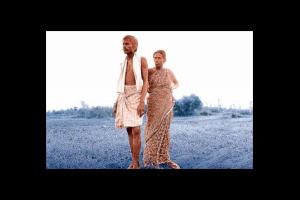 Sep. 1, 2002Feature
A Cut Above: Kate Amend on the Creative Contributions of Documentary Editors
Read More 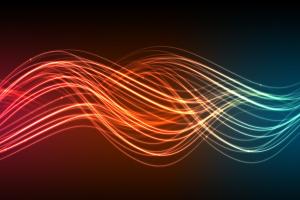 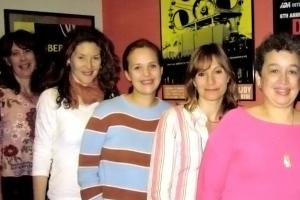 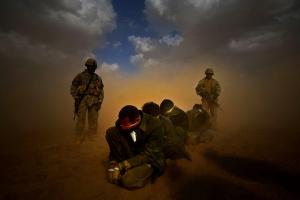 Oct. 13, 2011Feature
The Write Wing: Defining the Role of the Writer in Nonfiction
Read More