Who Owns History? A UK Filmmaker Weighs In 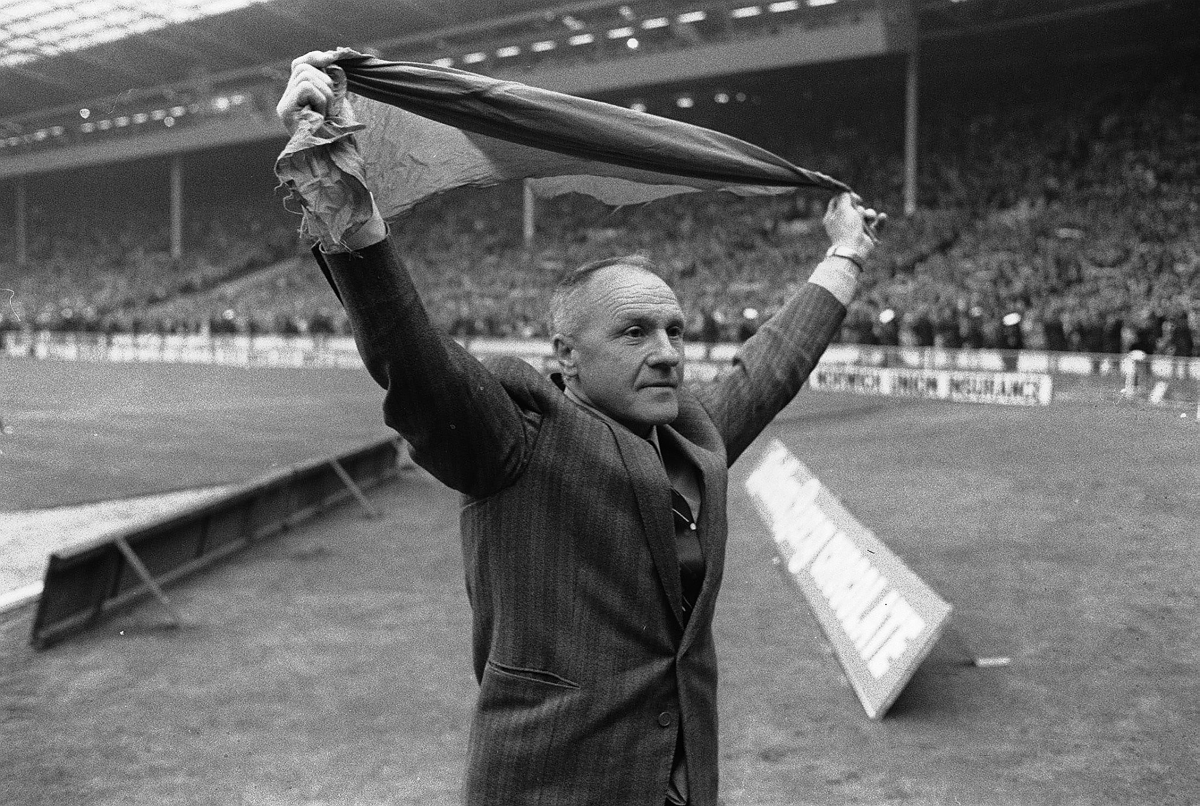 Archival images often form part of our collective memories. Whether it be Leni Riefenstahl's footage of the Nuremberg Rallies, Martin Luther King's "I Have a Dream" speech, the Tank Man at Tiananmen Square, the 2001 terrorist attacks or the toppling of Saddam Hussein's statue, how history is remembered is partly shaped by how it was captured. The greater the event and the impact, the more iconic the image, the more ingrained it becomes as a touchstone for collective reference.

But archive doesn't have to index a global event to be important. As the human propensity to capture moving images has grown, so have the moments of time that have been captured for posterity. Films like Capturing the Friedmans show us how intimate, personal family archive can make for compelling viewing.

For documentary filmmakers, archive in all its forms is a veritable treasure trove. For hundreds of years, artists have recognized the value of taking existing works and building on them, combining them with new ideas to create something original. As Shakespeare observed, "What's past is prologue."

And yet, there is a challenge: Archive has a commercial value. And archive, in the majority of cases, is bound up with rights issues—someone owns the footage. This may seem like stating the obvious, but it goes to the heart of the issue: "Who owns history?"

One of the most discussed pieces of archive is the iconic Zapruder film of the JFK assassination. The film not only shapes most people's memory of the event—whether or not they were alive of the time—but it was deemed critical to the understanding of what happened that day. Embroiled in countless rights issues over the years and purchased for a reported $16M by the US government, the footage actually became the subject of a documentary in 1998 [The Murder of JFK: A Revisionist History, by Matthew White, Marty Callaghan and Waleed Ali].

The Zapruder film demonstrated that footage, especially if it is deemed of "national" importance, can have tremendous monetary value. And yet, from Napster to The Pirate Bay, many people have challenged the very notion of intellectual copyright around recorded works. Nevertheless, as things stand today, copyright, while perhaps more difficult to enforce, remains a foundation of the entertainment industry.

This is the challenge for documentary filmmakers in telling stories that often not only benefit from archive use, but cannot be told effectively without it. For filmmakers struggling to finance their films in the first place, the rights issues around archive can very easily become a barrier to the project happening.

There has clearly been an increasing recognition of the specific challenge this represents to filmmakers. The Center for Media and Social Impact at American University has developed best practice guidelines, and the European Documentary Network has similarly explored the issue through various seminars and papers.

In the UK, there is the established practice of what is called "fair dealing," but, as with fair use, the criteria have to be quite specific. The value of the archive to the film and the story per se is essentially irrelevant. It is the manner in which the archive is used.

As a small UK production company, we first came up against these issues when finalizing our first feature doc back in 2011. The film, Joe Frazier: When the Smoke Clears, was a portrait of the famous boxer. While touching on his iconic rivalry with Muhammad Ali, the film also reflected on his life outside of those era-defining fights—about his work with young people facing social and economic challenges in North Philadelphia. We essentially wanted to reframe how Joe was understood.

However, while the majority of the film was based around contemporary footage, we simply couldn't do the film justice without giving a sense of the phenomenon of his rivalry with Muhammad Ali and how that played into a wider American narrative around race and identity.

It was this need that meant we faced over a year's delay in releasing the film while we scrambled to piece together the funding that would allow us to put it out. It wasn't until Hulu approached us about making the film their first ever "Documentary of the Month," for Black History Month in 2012, that it became possible for the film to reach a proper audience outside of the festival circuit. As digital rights were still evolving back then, we were able to clear usage for a vastly reduced rate than it would've cost us for television.

However, on top of this, we learned that the rights to the first Ali-Frazier fight—the so-called "Fight of the Century"—were owned by Jerry Perenchio, the billionaire media mogul who had promoted the event. Permission had to be sought directly from his legal team. Despite the fight's cultural significance and historical importance, its use could very easily have been blocked. 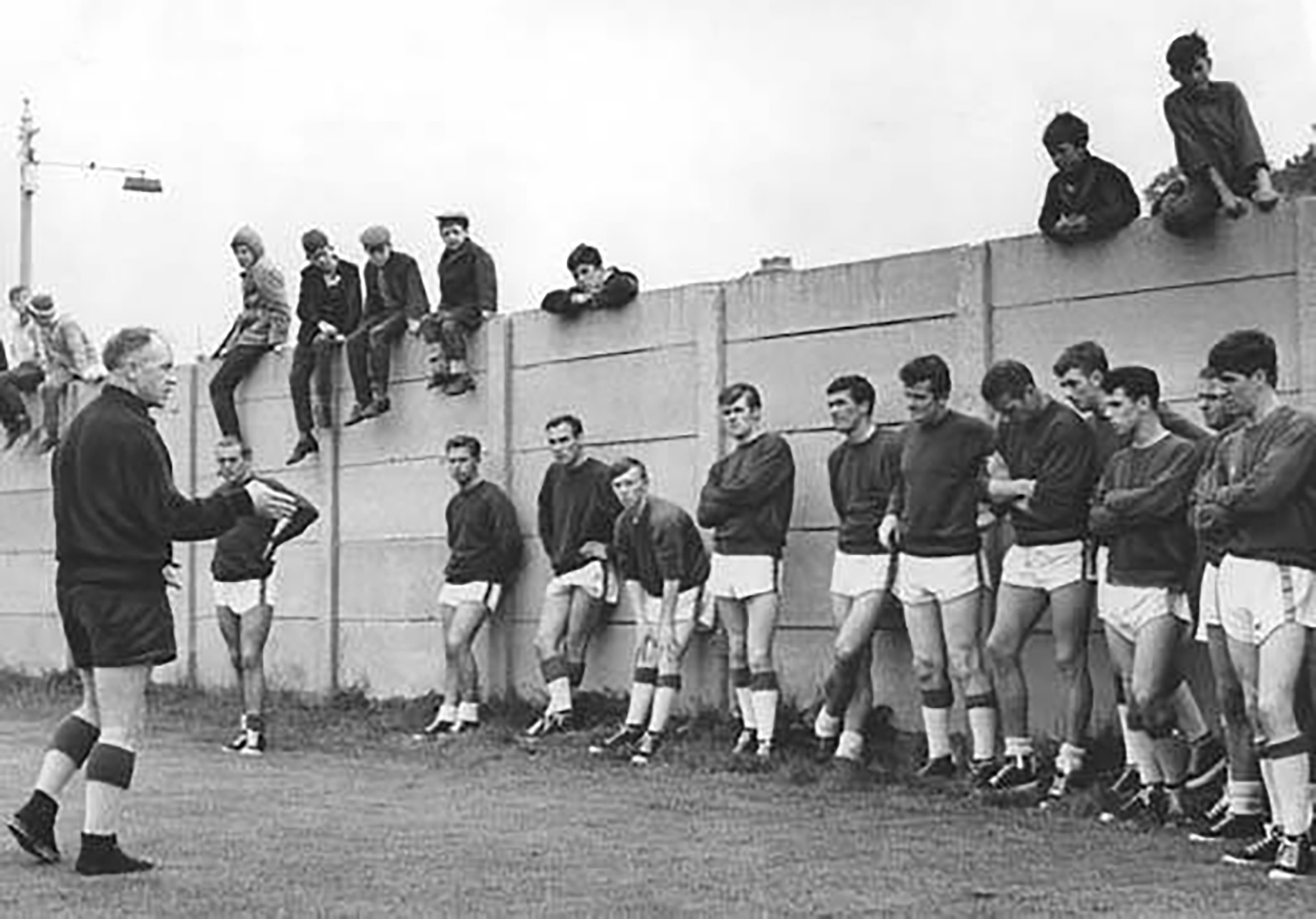 Our most recent film, Shankly: Nature's Fire, revolves around one of the most iconic figures in British Sporting history—football manager Bill Shankly. Shankly was the manager of Liverpool FC during the 1960s and early 1970s—an iconic period, defined by the Merseybeat, The Beatles and the city's general vibrancy. Shankly took his team from the sporting fringes and set it on the path to becoming the most successful team in English football history.

What is more interesting than this sporting success was Shankly's relationship with the fans, a communion that was rooted in the working class, industrial context of his background and his upbringing in the Scottish mining village of Glenbuck. Through Shankly's story, you can understand the traditions and environments that gave birth to the modern game of football. But you can also understand the community spirit to which it was intimately connected. The love for the game evokes a deeper narrative of empowerment and expression.

Telling Shankly's story was very much an exercise in exploring "the people's history." And given his egalitarian principles, rooted in a culture that exalted the writings of Robert Burns, it brings into stark contrast issues around archive access and the ability of producers, such as ourselves, to effectively tell this important social history.

In the UK, until the last few decades, we faced a televisual landscape that had only two broadcasters—the BBC and ITV (being made up of a number of regional entities). This means that, for the era of Bill Shankly, aside from the newsreel archive from the likes of Pathé and Associated Press, these two broadcasters had, and still have, a virtual monopoly on much of the key material. ITV still manages the licensing of their archive directly, but the BBC has signed an agreement for Getty Images to look after their collection—a further consolidation in a space that is already heavily consolidated.

What was striking during the making of this film was the incredible premium that was charged for sports-based archive material—even material that was more news or current affairs (albeit covering sports issues) and that was 40-50 years old. It was a premium not applied by other archive providers who had sports-related newsreel footage.

Clearly, sports-related archival material, such as footage from the Ali-Frazier fights, attracts a premium price, which makes sports a challenging genre for independent filmmakers to do their work. Should this be a barrier to getting the films made? Should it be that sports, one of the biggest areas of human interest, part of most nations' cultural fabric, is off limits to a certain breed of documentary storytellers?

In addition, as we had BBC investment in the film, we were also told that fair use/fair dealing wasn’t possible, since both ITV and BBC are signatories to what is called the "Sports News Access Code." This agreement is not readily available, but was provided upon request. Involving most of the UK's major broadcasters, it is centered around what it is permissible to present within news bulletins regarding sports reporting. However, although I have sought clarification, at the time of writing, what its relevance is to archive from 40+ years ago is not immediately apparent. It just underlines though how these matters can be opaque. (Editor's note: this paragraph has been revised somewhat from the version in the print edition to reflect that the author was provided a copy of the Sports News Access Code subsequent to his submitting his article to us. Rather than "all the UK broadcasters," as stated in the print edition, "most of the UK's major broadcasters" are signatories to the agreement.)

There should be another way. Clearly, the preservation and management of archive costs money. ITV and the BBC—and many other historic archive collections—have to generate income from licensing. The idea of a subsidised, free-to-use archive collection is not on any horizon, given current business and funding structures.

That said, might it be possible to push even further in terms of identifying, in a rigorous way, what constitutes fair use in the UK—and also, for archives of over 40 years old, having a more transparent funding structure that takes some of the more arbitrary market forces away? Perhaps this scenario could be fashioned in a similar way that the UK-based Producer's Alliance, and other similar entities internationally, negotiate a structure that is appropriate. Might there be an initiative to establish clear parameters regarding how archive is used and licensed?

Similarly, without getting overly complex, identifying what would constitute an "independent" project—e.g. in terms of a company's turnover, how the project is funded etc.— might very easily be covered in a tiered pricing structure with different bandings for the nature of the project. This scenario is in place already by linking costs to usage— theatrical, television, digital etc. However, for some projects, like our film on Shankly, this is too blunt an instrument.

When we raised money for our Shankly film, even with a disciplined approach to how much archive is realistically needed to tell the story, it is dispiriting to see over half your budget wiped out immediately to pay for archive—and to see it going straight back to wealthy national broadcasters and rights holders who were operating a near-monopoly at the time the footage was taken. Who is really benefitting here? I would wager, not the individual creator(s).

If the documentary community can speak with a real sense of shared purpose, giving a clear cultural argument for the need to access archive, while acknowledging the realities of economics, progress can be made. Let's make the sourcing and licensing of archive a more transparent, affordable and easy-to-navigate space.

Mike Todd is a documentary filmmaker and director of Riverhorse, a Manchester, UK-based production company.