In just a few days, on Sunday, March 15, the "green" carpet will finally be rolled out in London for the mouth-watering People's Premiere of Franny Armstrong's brilliant "crowd-funded" climate-change doc, The Age of Stupid.

Billed as the world's first "IN"clusive movie launch, the 90-minute film will be screened in a cinema tent pitched in Leicester Square, while being shown simultaneously at 64 other venues around the UK. The event in London, which includes a Q&A with Armstrong, stars of the film, and climate change expert Mark Lynas, will also be beamed to all 64 participating cinemas, broadcast to news crews via satellite link and streamed live on the Age of Stupid's popular website. Likely to be confirmed by the Guinness Book of Records as the largest ever film premiere in history, for the filmmakers, this unique occasion is really only the start of a concerted campaign to protect mankind from its own stupidity--the end of one journey, but just the beginning of another.

Previously known as Crude, The Age of Stupid stars Oscar-nominated Pete Postlethwaite as a man living alone in the devastated world of 2055 looking back at "archive" footage from 2007 and asking, Why didn't we stop climate change when we had the chance? It's a conceptually brilliant combination of documentary with drama and animation, and the culmination of over four years hard work by a dedicated crew and an army of production volunteers. "Four years is pretty long to make a single documentary" explains Armstrong, "but in terms of the task in hand--preventing the extinction of our species forever--it doesn't seem too bad a use of our time."

Determined to make sure all the hard work counts, Armstrong, the multi-award winning director of McLibel, has also built a distribution and action campaign around the film, hoping to turn 250 million viewers into climate activists. "My first two films, McLibel and Drowned Out, have together been watched by 55 million viewers worldwide, and we are planning to smash that record with Stupid," Armstrong declares. Known as Not Stupid, the campaign will receive its official launch at the climax of the People's Premiere, when Postlethwaite will start a giant countdown marking the remaining days, hours and minutes until the Copenhagen Climate Summit in December. This momentous event, where the successor to the Kyoto Treaty must be finalized, has been described as "the most important meeting in human history." Not Stupid's aims are to ensure that the deal agreed here is "both just and truly as strong as the science demands." Supported by all key climate NGOs including Friends of the Earth, Greenpeace and the World Development Movement, the project is surely destined to set a new benchmark for all social-action documentaries to come.

Commendably, the producers have also made every imaginable effort to ensure that this seemingly extravagant occasion is as friendly to the environment as possible and doesn't contradict or dilute the film's all-important message. Through a mind-boggling array of green measures, the producers hope the People's Premiere will soon become the world's "first truly 100% eco-friendly film premiere." The projector in Leicester Square, for example, will be fully solar-powered, everyone is being encouraged to take public transport to and from the event and even the "green" carpet is made from re-useable and sustainably produced materials. Many celebrities will arrive by electric cars charged by renewables, while any other vehicles and back-up generators will run on bio-diesel made out of recycled cooking oil from Leicester Square's traditional chip shops. Fair trade chocolate, organic lagers and organic fruit juice will all be on the menu; the flooring and security fences have been produced from reused materials; and disposable cups will be banned. A full eco-audit of emissions from the day, including a comparison with what would have happened should the producers have decided to emulate Hollywood's traditional high-consumption style, will also be conducted by Team Stupid's climate change consultants, PIRC.

This remarkable journey began way back in 2002, when Armstrong first came up with an idea for a film about climate-change based on the structure of Stephen Soderbergh's Traffic. In 2003 she met John Battsek, producer of the Oscar-winning documentary One Day in September, and together they set about using his contacts and experience to turn the film into a mainstream hit, while remaining entirely financially independent. To do this, they developed a truly innovative, original and boldly-ambitious "crowd-funding" scheme. By selling shares to 228 individual groups--including a hockey team and a health center--the team raised a staggering £420,000. Each investor gave between £500 and £35,000 and now owns a percentage of any profits generated from the film, as do the crew, who worked at massively reduced rates. This leaves the producers in the enviably powerful position of owning all the film's rights, enabling them to distribute it exactly how they wish. But is The Age of Stupid really likely to provide a decent financial return for its many investors? If it does, it could precipitate a genuine sea-change in how documentaries in the future are funded. According to the producers, if the film makes as much money as Michael Moore's Fahrenheit 9/11, the biggest grossing documentary of all time, an initial £500 investment would recoup about £60,000. On the other hand, if it makes as much as one of Armstrong's previous films, Drowned Out, a £500 investment would recoup only £50.

Franny Armstrong in production on The Age of Stupid.

Thanks to six truly compelling narratives, The Age of Stupid succeeds where many other "issue" documentaries have failed. It's as informative as it is engaging; it will entertain audiences to the same degree it will alarm and inspire them; and most important, it's also a documentary about much more than just "raising awareness"; it's about encouraging people to take action.

Using extensive CGI, the film is set nearly 50 years in the future, in a world where runaway climate-change has ravaged the planet. Postlethwaite plays the founder of The Global Archive, a storage facility located in the melted Arctic, preserving all of humanity's achievements in the hope that the planet might one day be habitable again. Or that intelligent life may arrive and make use of all that we've achieved. He pulls together clips of "archive" news and documentary from 1950 to 2008, focusing on human stories that tell many sides of what is a hugely complex issue. Among them are American paleontologist Alvin Duvernay, who rescued more than 100 people after Hurricane Katrina, but is also helping Shell find more oil off the coast of New Orleans. There's also Jeh Wadia, who is starting up a new low-cost airline in India; Layefa Malemi, who lives in absolute poverty in a small village in Nigeria from which Shell extracts tens of millions of dollars worth of oil every week; Piers Guy, a wind farm developer from Cornwall fighting the NIMBYs of Middle England; an eight-year-old Iraqi refugee; and Fernand Pareau, an 82-year-old French mountain guide who has witnessed his beloved Alpine glaciers melt by 150 meters. Each narrative is as powerful and evocative as every other and the skill with which Armstrong has told their apparently disparate stories is a huge credit to the director. This film may well be remembered as the definitive environmental film of our time and a significant landmark in the ongoing battle against climate change.

A US cinema release is expected for The Age of Stupid in April. 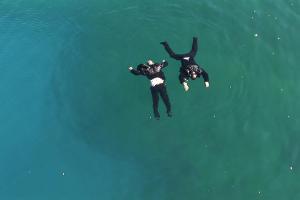 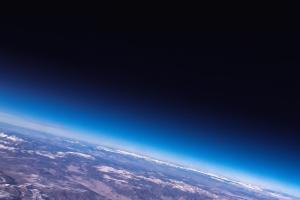 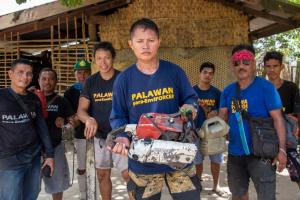 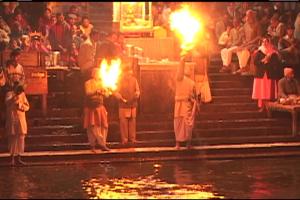 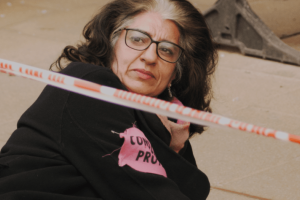 Nov. 16, 2022Feature
DOK Leipzig Takes on the Climate Crisis with "Time To Act! Our House Is on Fire"
Read More 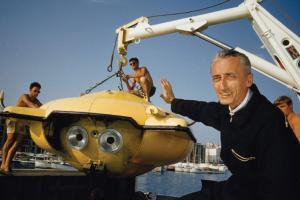