Autumn has passed into winter in the San Francisco Bay Area. We notice this when it starts raining, but also when loads of documentaries slow to a trickle despite Oscar consideration season. After the curtains have come down on the Mill Valley and United Nations Association Film Festivals (UNAFF) in October and SFFILM's Doc Stories in November—and the fall semester has ended at my schools—it's time to consider some of the more interesting offerings at the end of 2018.

At Mill Valley, Matt Skerritt's Angst is helpful material for anybody who suffers from crippling anxiety, especially teens, and advises how to reduce it through breathing, empathy and speaking. This film is more a counseling or public-health service tool than a documentary film, but is undoubtedly useful for anxiety therapy or educational screenings involving young people. Robin Hauser's Bias casts a wider net among viewers, defining implicit bias and showing how it manifests in the diagnostic Implicit Association Test, the Nextdoor social network and law enforcement. Gender bias gets as much attention as racialized bias in discussions of sexual harassment and the "Mommy penalty" in jobs. The film touches on ways of combating bias through virtual reality, artificial intelligence and taking responsibility for one's own assumptions. Bias screened at both Mill Valley and UNAFF.

Biographical documentaries were uneven at Mill Valley. Jennifer Hou Kwong's Art Paul of Playboy: The Man Behind the Bunny was a mildly interesting posthumous profile of the man who art-directed Playboy magazine for almost 30 years. Oren Rudavsky's Joseph Pulitzer: Voice of the People had the more fascinating profile, of the Hungarian-American newspaper publisher whose name is now only known for the annual prizes he established. After a long, wild series of rugged jobs for which the scrawny immigrant was unsuited, he turned to reporting. Later in the 19th century, Pulitzer created the New York World, competing with William Randolph Hearst using the extremes of sensational and yellow journalism, as well as innovations like maps, caricatures, comic strips, crossword puzzles, diagrams, dressmaking patterns, fanciful illustrations of disasters and other graphic forms in journalism—he introduced them all. Nicholson Baker heroically saved the originals from destruction, and this film offers a tantalizing glimpse of the beautifully detailed pages.

Another brilliant figure of the early 20th century, Buster Keaton, gets adulatory treatment by director Peter Bogdanovich in The Great Buster: A Celebration. Because the silent film genius' sound-era films were so desperately beneath him, Bogdanovich reverses the filmography and ends the documentary with triumphant clips from Keaton's silent glories. This is a shorter, less satisfying account of Keaton's career than the 1987 film from Kevin Brownlow and David Gill, Buster Keaton: A Hard Act to Follow, which admittedly had more running time to make its case for Keaton as the greatest silent comedian.

Mill Valley's activist documentaries were wide-ranging in time and place. Cynthia Wade and Sasha Friedlander's Grit introduces us to a 14-year-old Indonesian girl, Dian, whose father died from the toxic effects of a gas explosion that also obliterated their entire village. Over a ten-year period, the teen and her mother fight for compensation from the oil company's wealthy, politically powerful owner, while a presidential candidate promising to get justice for the villagers comes into office and fails to deliver.

Acclaimed documentarist Connie Field's latest is The Whistleblower of My Lai, a beautiful tribute to Hugh Thompson, the young helicopter pilot who happened to be flying over a South Vietnamese village as US troops were massacring over 570 unarmed old men, women and babies and tried to stop further shooting, rescuing some civilians. The brave intervention by Thompson and his gunners resulted in their ostracism by other soldiers, charges of treason by some Americans and near-court-martial in Congressional hearings. Their lives were ruined by acts driven by their moral instincts, while the actual perpetrators served light sentences or went free. The My Lai Massacre was a turning point in the war, when it became clear that Americans had no business in Vietnam. Field, who made the majestic series Have You Heard From Johannesburg, interviews members of Kronos Quartet and other musical artists, who created an opera based on Thompson's deed and its consequences. This hour-long documentary, which screened at both Mill Valley and UNAFF, gracefully details the motivation, difficulty and triumph of committing Thompson's story to public memory. 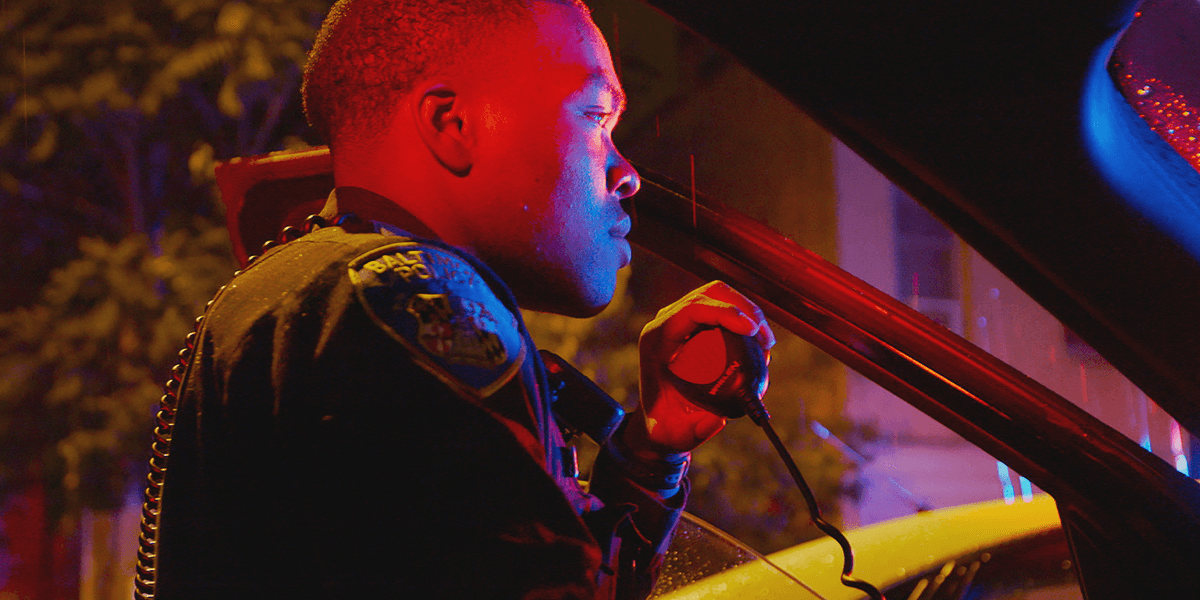 On the topic of massacres, one in our own country is the backdrop for Marilyn Ness' urgent Charm City, during the making of which 1,030 people were murdered in the city of Baltimore. The focus is on the city's southern district and the Rose Street Community Center, one of the small bodies of citizens making a valiant effort to bring down the overdoses, murders, carjackings and other violence plaguing their neighborhood. In areas where de-escalation and violence interrupters are active, fatal shootings evaporate, proving that "the streets must cure the streets." But it takes a coalition of obstinate, focused residents, cops and councilmembers to make a difference in the city burdened by the legacy of Freddie Gray.

The San Francisco Bay Area has long been a sanctuary for whistleblowers, dissenters and outcasts. In Erin Palmquist's From Baghdad to the Bay, a doleful Iraqi man says, "I came here because I have no choice—I lost my family, my country, my career, everything." It's the voice of Ghazwan Alsharif, who joined the US Army as a translator and cultural interpreter for the 2003 occupation. Iraqi insurgents called him a traitor, threatened him and his family and bombed his home. But when he moved into the Army compound, he was detained as a double agent and tortured for 75 days until he was finally released to the States. There he applied for asylum, trying to build a career as a chef while maintaining ties with his son in Iraq. But even a gay man in San Francisco is not safe: Ghazwan was assaulted and robbed. Now working as executive chef at the California Academy of Sciences and active in the LGBTQ movement, Ghazwan embodies a remarkable if unique immigrant story. The film played at both Mill Valley and UNAFF.

Another remarkable activist profiled at both film festivals was Ilhan Omar, the Somali-American, Muslim, hijab-wearing refugee mother of three who is now the pioneering new member of the US House of Representatives from Minnesota. She ran on a platform of eliminating student debt, and unseating a long-time legislator who mirrored the complacency of her constituents. She now represents the "blue wave" of Democratic women of color sweeping the 2018 elections. Norah Shapiro's Time for Ilhan, which looks back to her campaign for the Minnesota House of Representatives in 2016, is impressive for showing how politically savvy and coalition-minded Omar is, as well as how skillful at parrying the intense Islamophobic tweets and Facebook bullying inflicted on her to this day. 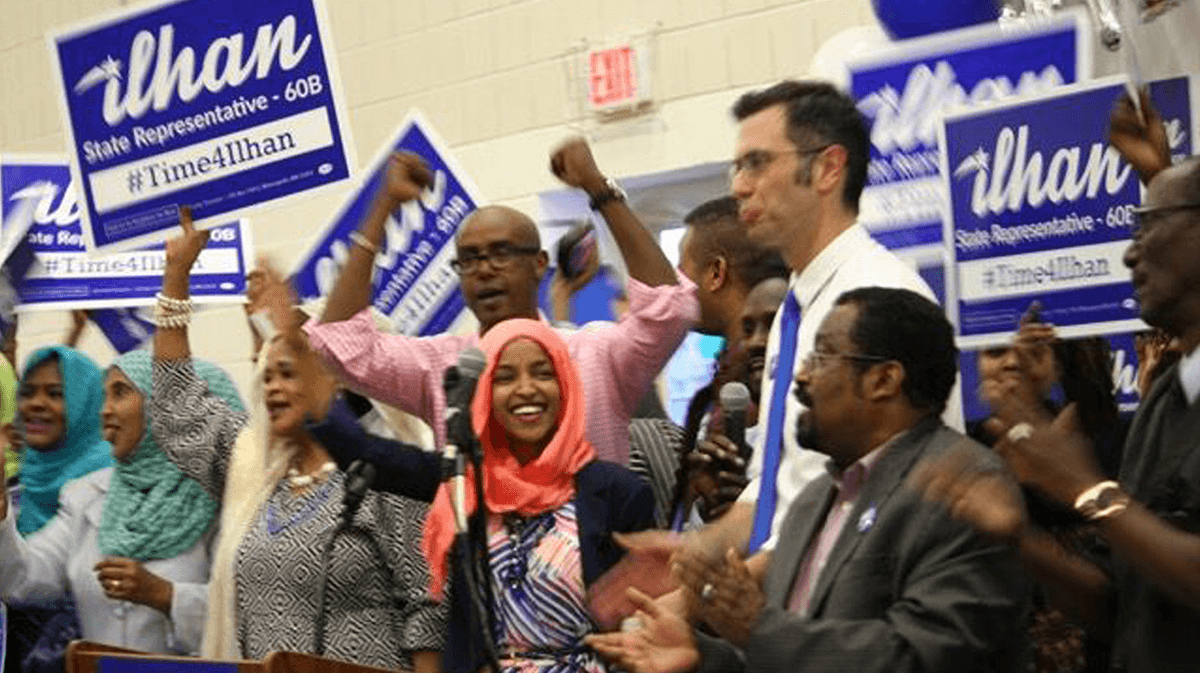 SFFILM's Doc Stories featured a number of exciting documentaries. Morgan Neville's They'll Love Me When I'm Dead opened the series, telling the story of Orson Welles' struggle to make the perplexing docu-mocku-fiction hybrid The Other Side of the Wind, left unfinished at his death. Neville's documentary also covers the eventual re-creation of the film by others, making itself one of the (quoting journalist Bilge Ebiri) "essential, interlocking elements of a single, ever-changing phenomenon." Both films, now available on Netflix, will forever be locked together as Welles' final would-be masterpiece.

Shannon Service and Jeffrey Waldron's Ghost Fleet follows the amazing Patima Tungpuchayakul, a Thai woman whose mission is to rescue enslaved Burmese men from Thai fishing boats. Most of these men are drugged and taken to remote fishing locations from which they're not allowed to escape. Patima locates and visits two of them on faraway Indonesian islands, finding a way for them to return home. In all, she has helped rescue over 4,000 fishermen, a remarkable testament to the scope and long-lasting nature of this human-rights tragedy, half-hidden in spectacularly beautiful locales.

Closer to home, Clancy McCarty's Giving Birth in America: California is a 30-minute episode in an ongoing CNN series looking at childbirth systems in states like Texas, Louisiana, Florida and New York and other countries such as Tanzania. Christy Turlington Burns, the former supermodel turned founder of safe-childbirth nonprofit Every Mother Counts, introduced the film at Doc Stories. This episode features a full-service maternity clinic named Salud Para La Gente in Watsonville for mostly poor Latinas, who can get prenatal care and be checked for diabetes in one convenient place not far from the strawberry fields where they work. Running this service is ob-gyn Cristina Gamboa, the bilingual child of working-class Mexican-Americans. The audience was dominated by well-dressed white women in their 40s—definitely not the usual SFFILM crowd, so I'm guessing they were medical professionals and researchers. 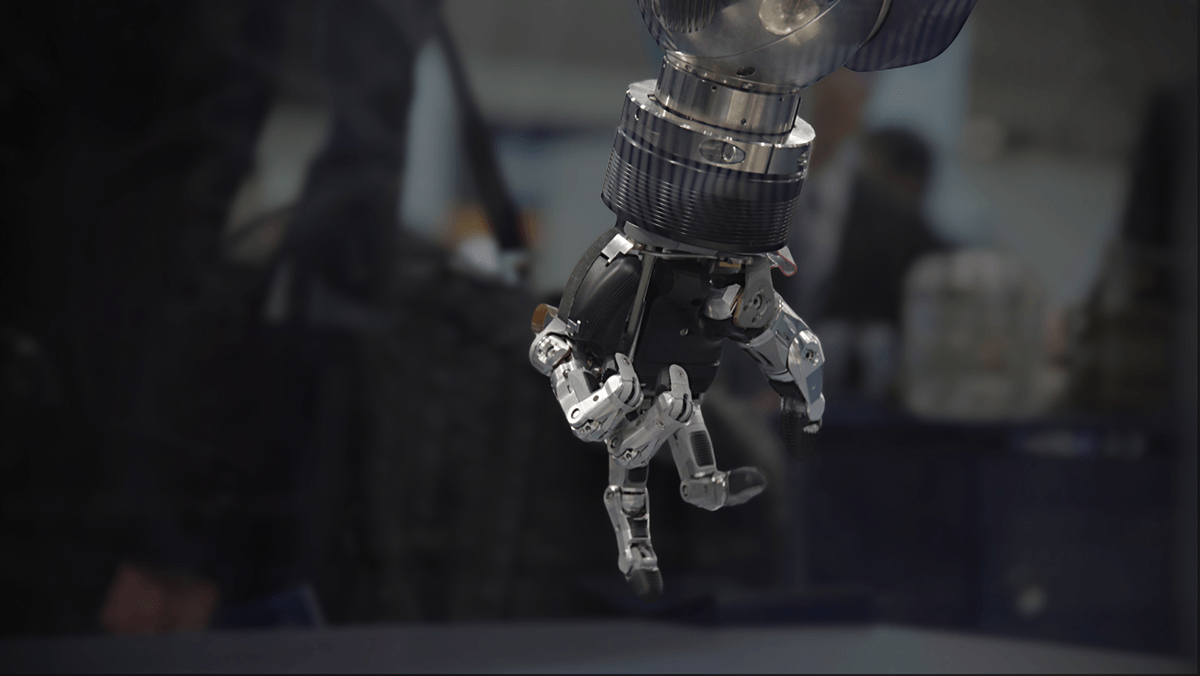 Another HBO documentary, The Truth About Killer Robots, is a quirky, thought-provoking treatise on manufacturing robots, autonomous cars and uses of artificial intelligence. Omitting mention of killer drones in war, the film instead focuses on robot bombers, such as the one used to kill sniper Micah Johnson during the 2016 Dallas police officer shootings in which five cops were killed. Opening with the 2015 killing of a worker by a robot in a Volkswagen plant in Germany and ending with a Chinese man marrying a female robot and spending the night in a capsule hotel with her, the film seems more interested in personal relationships than in geopolitics. It boasts possibly the first robot narrator. Director Maxim Pozdorovkin, who also made Pussy Riot: A Punk Prayer and the speculative Our New President, was present for a stimulating and cerebral Q&A.

This year's UNAFF boasted the usual wealth of 60 documentary films from all over the world. The short film Lost Crops by Chris Jenkins extols the healthful properties of crops such as the baobab tree in Ghana and seaweed in Tanzania. A Western doctor and a botanist visit the locals to advise on ways to develop and process the products to sell sustainably to the rest of the world. Justin Smith and David Baker's Saving Atlantis is the story of the alarming epidemic of vanishing coral reef ecosystems in our seas. The fact that coral is declining in places as far-flung as Colombia, Saudi Arabia, French Polynesia and Great Barrier Reef makes it a global crisis, not just for those who depend on coral for their livelihoods. The film profiles researchers who seek an interlocking system of solutions, much like the structure of coral itself. In contrast is an environmental think-piece like Susan Kucera's Living in the Future's Past, no less valuable for proposing a philosophical big-picture perspective on Earth's environmental priorities. A thoughtful-looking Jeff Bridges beholds and pontificates on the relationship of humans to our natural treasures.

I was able to attend only one panel discussion at UNAFF, and it took place on the Stanford University campus near the end of the film festival. Occurring between the two sessions of environmental documentaries, it was entitled "Therapies for Our Planet" and focused on ways that documentaries could lead to actions on climate change, sustainability and biodiversity. The discussants stressed compelling educational materials aimed at the younger generation, including environmental media-making competitions, mini-documentaries for mobile viewing, using sister-city and other established networks, aiming climate-change facts at evangelicals effectively, and developing platforms such as YouTube and even Tinder for environmental causes. Moderator and UNAFF founder/director Jasmina Bojic celebrated 21 years of UNAFF this year—she's a true fall perennial herself.

END_OF_DOCUMENT_TOKEN_TO_BE_REPLACED

UNAFF Is a Fest for All Causes

The Docs of San Francisco: SFFILM Fest Presents a Robust Slate of Nonfiction