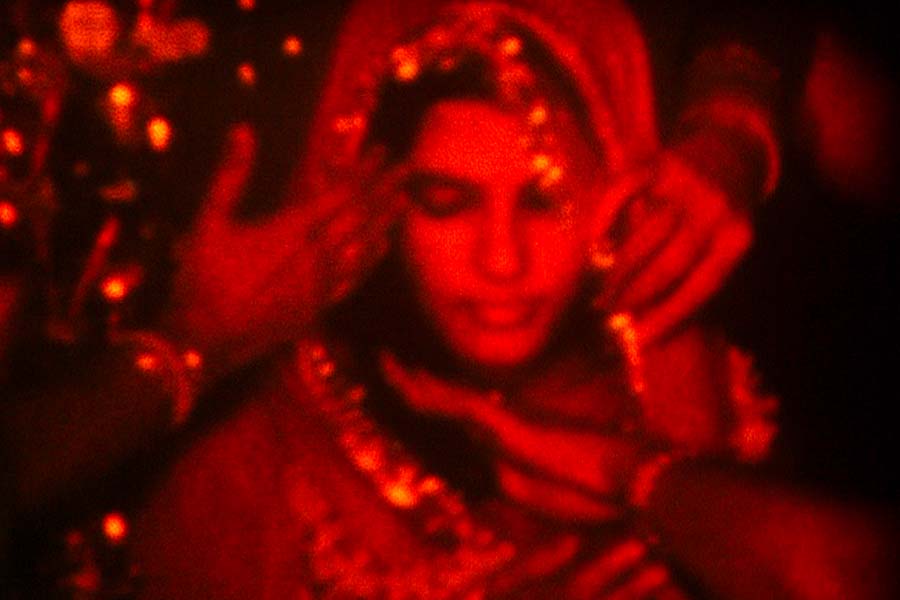 Watching Payal Kapadia’s A Night of Knowing Nothing has been nothing less than transformative. Not because it compels one to think beyond the realms of everyday but because in the everyday mundane lies the “life-altering.” The film is based on love letters written almost like a soliloquy by a young woman, identified as “L,” to her estranged partner, “K,” whose elusive presence is felt throughout the 97-minute film and yet feels like sand slipping away.

At first, one grapples with the improbability of L’s deep longing. One ponders if this urgent longing, loss, and vaguely postmortem sutures of love are even for real. Then, Kapadia takes us on a journey that extends way beyond the personal to the political. “Through the letters we get a glimpse into the drastic changes taking place around her,” notes Kapadia. Throughout the film, the drifting, breaking, falling-apart world of L is peppered with more than her personal loss; her wrought love is hindered by the class and caste privileges rampant in India.

This pushes the structuring of A Night of Knowing Nothing into a space of dreams, tensions, anticipations and fictions, impressions that one would not conventionally expect from a documentary. The film reads like a Tarkovskian palimpsest of visuals that are often loaded with complex meanings, never structured singularly, and with momentums that push the boundaries of nonfiction filmmaking.

Kapadia maintains, “The form was not a decision that was separate from how we were thinking about some of the ideas in the film, and perhaps at the time, it became the only way to talk about some things we were interested in.”

The embedded intimacy of an aborted relationship subtly slides into a more multifaceted space where the protagonists are a couple—two film school graduates in their cocoon while the world around them falls apart. Their letters, which begin as tools of longing, then evolve into fervent symbols of love and resistance.

The elemental hindrances of class, caste, patriarchy and nationalism that had torn the lovers apart become both the pivot of the narrative and the reflection of the times. As Kapadia and the film’s cinematographer, Ranabir Das, found more and more footage of the students’ protests engulfing Indian public universities, their media library became an ever-growing archive of memories. The filmmaker’s experiences mirror those of the characters, L and K. “There were many experiences that were of our friends and colleagues… and many which were our own,” Kapadia explains. “I guess there were a lot of emotions and feelings that we were dealing with that found their way into the film.”

The overlapping experiences of the protagonists and the filmmakers are heightened by a Rembrandtesque chiaroscuro, where granulated black-and-white images evoke both a sense of melancholy and Kapadia’s deep appreciation for the Parallel Cinema movement that emerged in India in the 1950s. The press notes explain this love as a fondness for the emotion of nostalgia—not only for the past but for the ever-fleeting present as well.

For anyone curious about India at the moment, it is no surprise what has been happening here, but what doesn’t always make news is how deeply and personally devastating it is to live with so much violence all around. It’s like looking into a constant cursive mirror image one can’t escape. Images of grieving lives like L’s never leave you.

Will there be hope? Will L and K reunite? Will they love again? Will the casteist, religious bigotries ever disappear? Will dissent be fruitful? Questions loom large as we watch A Night of Knowing Nothing.

Kapadia states that her film is a “tribute to the public university system,” but it’s so much more. It is an intense exercise of youthful love and longing, and finding resonance within the larger context of a nation-wide students’ resistance. The film is essentially eruptive. It exudes responses that go way beyond an unsuccessful romantic affair told gently.

Kapadia’s film effectively elicits the impossibility of dissent at various public levels and extends the narrative to a larger question of protest and its validity in India, and the marginalization of youth and people’s movements and rights—all interwoven with a collection of seemingly personal love letters.

The filmmaker does this intuitively and honestly, underscored by the conviction that there is hope even in these dreary times; a documentary is a rightful tool to realise that hope. “Documentary or nonfiction is an exciting format because it really opens up possibilities,” she asserts.

Possibilities show up in each of the many formats Kapadia uses in her footage palette—archival videos, protest videos—effectively creating a dialectic of being up-close and distant to her protagonist’s experiences. Bhumismita, who portrays L r, adds to this interplay by lending her emotive voice.

Kapadia and Das’ decision to incorporate intermittent dance sequences accentuates the persistent hum of hope and resilience evident in Indian university campuses, and belies the melancholy tone of the love letters.

I am reminded of the 17th century Persian poet Saib Tabrizi, whose words reflect the sentiment of Kapadia in 2021: “With the ecstasy of my lament, the heaven throws itself in a joyful dance and the world turns into a house of mourning if my voice falls silent.”

Kapadia, however, is more rooted in a Carol Hanisch-like “personal is political” bent of mind as she takes A Night through a willful, broad sweep midway, making L and K’s relationship a momentary distant reality while focusing on the heavily brutalized student resistance in India. The feminist lens works to connect the poetic artistry and longing inf L’s letters with the violence prevalent in society.

The latter half of the film makes the falling apart of L’s world unbearable, as hundreds of students are beaten up and jailed by the state. The pain permeates L’s world as her love letters transform into journalistic documentation of everything happening around her, compelling the viewer to charter back to their campus days. The black-and-white imagery holds it all together—the imaginary, the semi-imaginary and the real.

After the film runs its course, does it leave behind a leitmotif of hope, some traces of wounds, anger, melancholia? Yes, we’re left with a mix of all these emotions, with some ponderance and rumination that are hard to reconcile with other visual documents emerging from this part of the world.

A Night is a testimony to things breaking down at home, as Rainer Maria Rilke would have said. And yet some may be reminded of Fernando Solanas and Octavio Gentino’s Argentinian film The Hour of Furnace (1968), which opens with grainy black-and-white footage and a drumming that hammers one’s senses as it leads the audience into its 260-minute-long course. ‘My First Name – Victim’, ‘My Surname – Humiliated’, ‘My Condition – Rebel’ reads the text in the beginning of The Hour.

The resonance sometimes just writes itself.

Nilosree Biswas is a filmmaker–author, most recently, of Banaras of Gods, Humans and Stories.

A Night of Knowing Nothing, following screenings at Cannes, TIFF and NYFF is playing at DOC NYC on November 18.

END_OF_DOCUMENT_TOKEN_TO_BE_REPLACED

Duty of Care: The Filmmaker-Protagonist Relationship