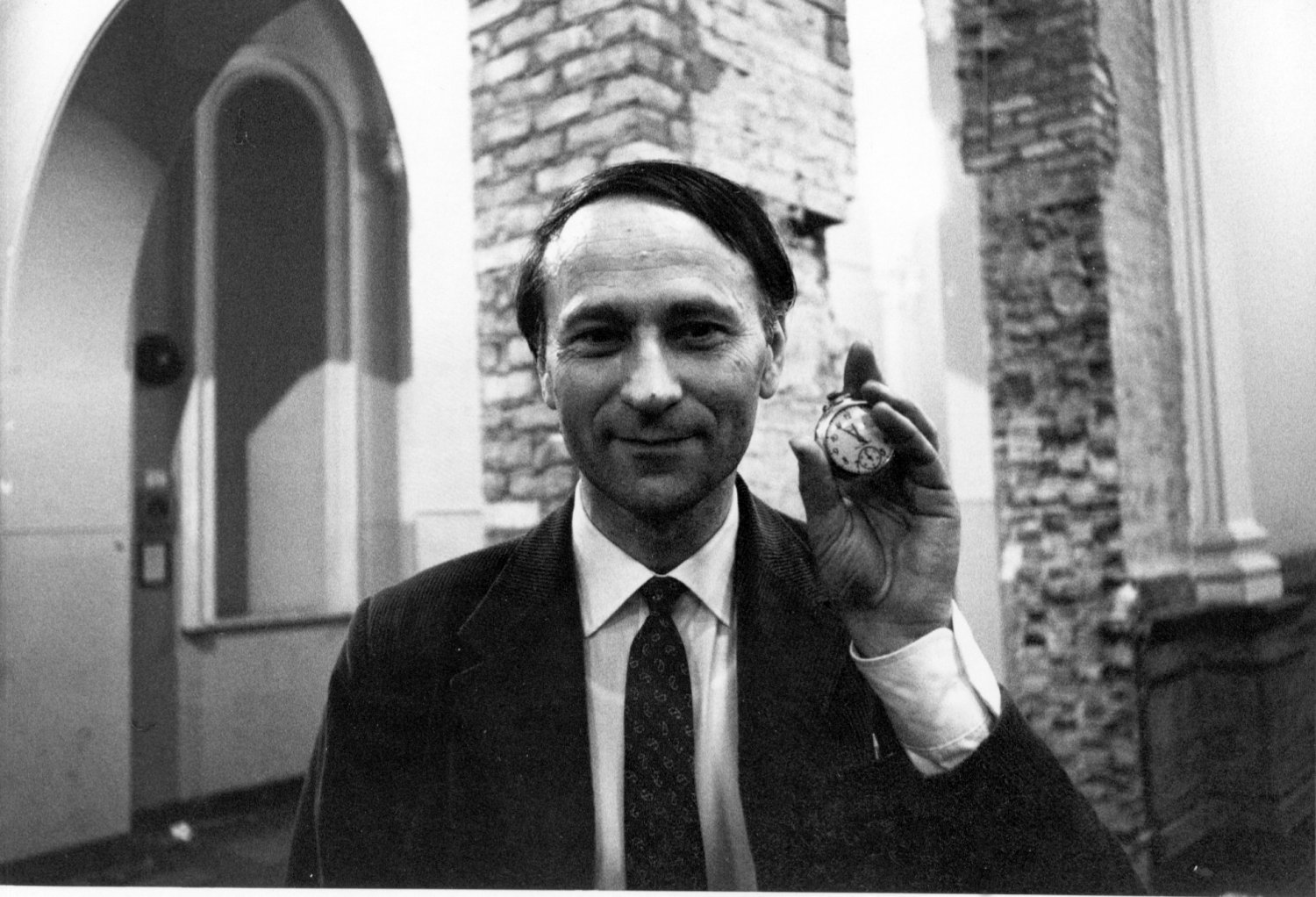 Editor’s Note: Jonas Mekas, dubbed by many as “the godfather of avant-garde cinema,” was this and many more: As an archivist and exhibitor, he co-founded Anthology Film Archives (and he earned the IDA Preservation and Scholarship Award in 1997); as a film critic, he launched Film Culture magazine; and as a filmmaker, he was a true pioneer—not just in avant-garde cinema, but in mining the beauty of home movies and arguably laying the foundation for the personal documentary genre. He was also a teacher and a poet, and an immigrant, who came to New York City from Lithuania, having endured labor camps during World War II, and soon established himself as a transformer of downtown culture.

After Mekas passed away—on the day before the Sundance Film Festival last month—I thought about who, among the thousands he inspired, would be an ideal candidate to write a tribute. And so I turned to Sky Sitney, the co-creator of the Double Exposure Investigative Film Festival and the director of the Film and Media Studies Program at Georgetown University. Beyond those impressive credentials, Sky grew up in Mekas’ orbit: her father, P. Adams Sitney, a professor of visual arts at Princeton University, founded Anthology Film Archives with Mekas. And as she shares below, Sky even appeared in some of Mekas’ films, and as she passed through childhood, adolescence into adulthood, the world of Jonas Mekas endured.

I thank her for sharing her reflections with us.

My childhood memories resemble a Jonas Mekas film. Indeed—and more to the point—my childhood memories are a Jonas Mekas film. Images of my father and mother, 20 years younger than I am today, flutter on screen in Walden. It is their wedding, anticipated by Jonas in a typewritten intertitle that reads “Sitney’s Wedding.” In As I Moved Ahead Occasionally I Saw Brief Glimpses of Beauty, I see a cluster of us standing on Bond Street, pausing for a photo before entering Raimund Abraham’s loft (he was the architect for Anthology Film Archives) to celebrate his daughter Una’s baptism. My father stands taut in a sharp white suit next to his newly appointed god-daughter, while I—perhaps five years old—attempt to hide within the folds of my mother’s green skirt. A few shots later I once again recognize my mother and father, this time settled among familiar faces around Raimund’s colossal dining room table. A blurred image moves into focus: Is that me? It is me! I’m sitting at the table licking the rim of an empty wine glass in a portentous sign of future enthusiasms. I am the very image of my own child, now the same age I was then. Time folds in on itself.

Hundreds of such moments exist throughout Jonas’ films—images that look like memory itself: fragmented, fleeting, always already confined to the past. Countless scenes from my youth are tenderly preserved on celluloid alongside those of so many of Jonas’ friends and loved ones: Pola and Adolfas Mekas, John and Yoko, Ken and Flo Jacobs, Kubelka, Menken, Brakhage, Broughton, Ginsberg, Frampton, Markopoulos, Macunias, and most of all, Jonas’ beloved children and steadfast muses, Oona and Sebastian.

And, of course, there is New York City.

New York City, too, looks like an old friend who has changed so much with age as to be scarcely recognizable. But unlike the friends who now appear impossibly young in Jonas’ films, New York City seems to have aged in reverse, akin to Wilde’s portrait of Dorian Gray. Through Jonas’ lens the city looks dusty and weathered, full of grit and grime, not yet gentrified, but still very much home. As a young Lithuanian immigrant who endured Nazi-forced labor and a displaced-persons camp, Jonas, along with his younger brother Adolfas, spent much of his early life in exile (recounted in his book I Had Nowhere to Go). When they arrived in New York in October 1949, the city was meant to be a mere pit stop en route to a job assisting a Lithuanian baker who awaited them in Chicago. The Mekas brothers never made it to Chicago, of course; NYC’s gravitational force proved too strong. Shortly after his arrival, Jonas borrowed money to purchase a 16mm Bolex camera, then founded Film Culture magazine, and a few years later was writing his “Movie Journal” column for the newly established Village Voice.

My father’s friendship with Jonas began a few years later. As family lore has it, my father was a high school student in New Haven when he stumbled upon a campus screening of new avant-garde films, mainly from Europe, organized by the Yale Film Society. Among the films was Un chien andalou. He became transfixed and had to learn more. His curiosity eventually led him to Film Culture and to Jonas. My father, only 17 years old, soon began contributing articles to Film Culture and making frequent visits from New Haven to attend screenings at Amos Vogel’s Cinema 16. Jonas was always very encouraging, so much so that in December 1963, when he could not accept an invitation to spend a year traveling throughout Europe presenting a showcase of new American experimental films, he suggested my father go in his stead. This invitation was repeated in 1967 and ’68. Moments from this second trip are captured in Walden, where my father and mother are visiting the villa of Jerome Hill, along with Jonas. A lifelong friendship was formed, with its central axis shaped by a mutual love of cinema. The friendship would span the birth of children, marriages, separations and divorces, deaths of loved ones, making of films and writing of books, and perhaps most notably, the creation of Anthology Film Archives, which the two founded, along with James Broughton, Stan Brakhage, Peter Kubelka and Ken Kelman. Jonas, singularly among them, would remain a constant, daily fixture of Anthology, even up to his 90s. 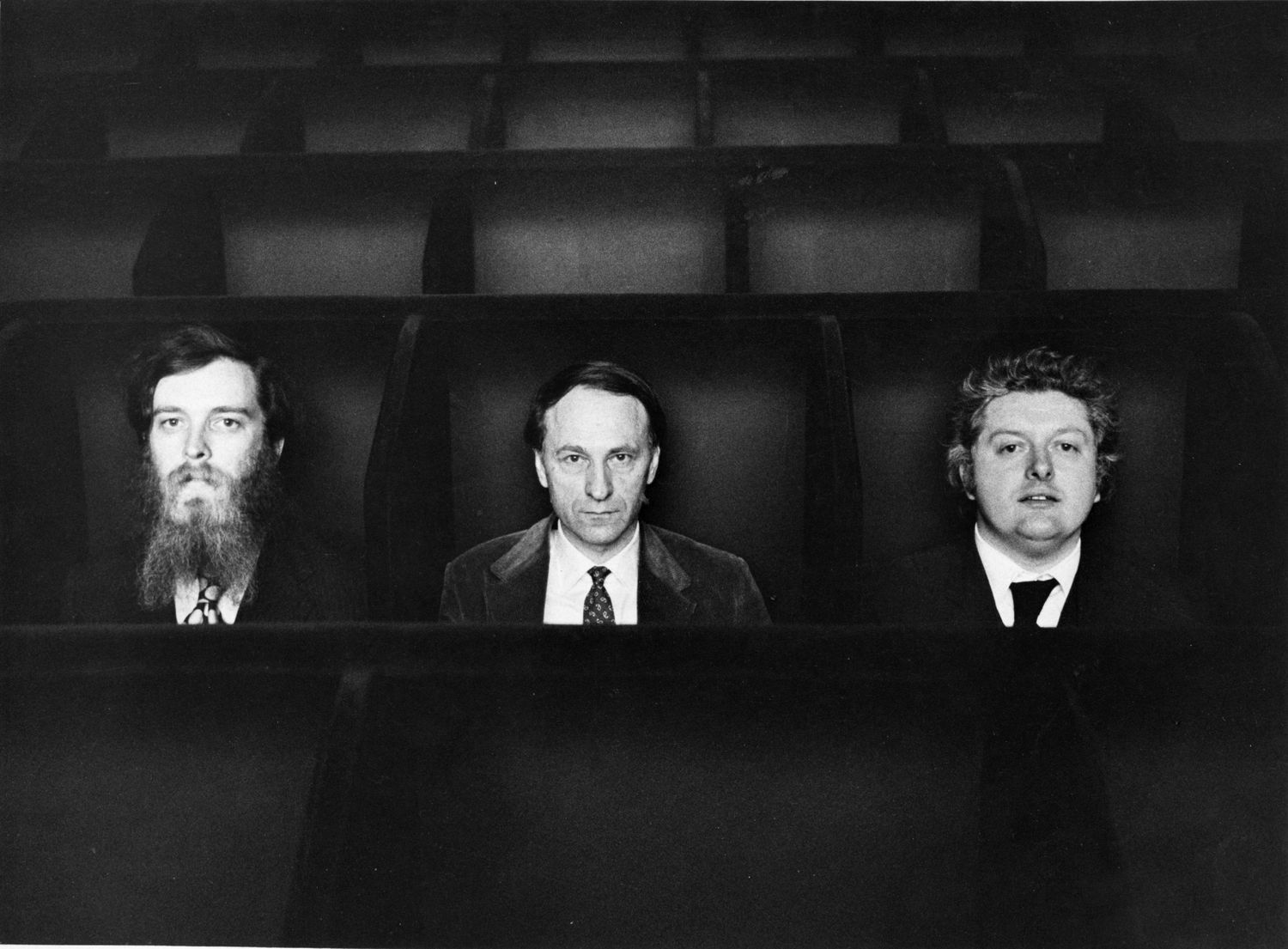 Many are familiar with the Anthology Film Archives that now sits on the corner of 2nd and Second. But the earlier days of Anthology, when it resided on Wooster Street in an unassuming neighborhood later designated SoHo, was a wonder for a child’s amusement and imagination. I was one of many children who belonged to this strange and wonderful tribe of avant-garde filmmakers, artists and scholars. We spent hours playing “box office” at the makeshift ticket counter, counting real change in the till. We played hide (without the seek) from Harry Smith, the great experimental animator, black magician and folk music archivist, who seemed to us to have taken up permanent residence in the projector booth built into the rafters on the ceiling. We made hand shadows on an empty movie screen between film programs, and ran behind the screen once the projector cast its light, to watch these films—already themselves alternative—from an alternate view. It was there, in that little theatre on Wooster Street, that John and Yoko and Jackie Kennedy’s children used to pay visits, and where Andy Warhol was rumored to have walked out of his own screening of Empire just a few hours in, presumably to grab some lunch. (My father insists that this is an urban legend, without substance.) Jonas was always there, luminescent. He was a magic-maker. He was a light to which we all gravitated. These memories, much like Jonas’ films, flitter, flicker, twitch and jump-cut in and out of clarity, but leave an enduring impression.

Jonas had a gift for bringing people together. His home, much like Anthology, was a central gathering place. As a child, his loft seemed to me to stretch as far as a whole city block, and indeed it may well have. (Jonas and his then wife, Hollis, had the foresight to buy a cheap, vacated loft that had once been a fabric factory in a desolate part of the city, on lower Broadway and Broome Street). The loft was long enough to embolden Oona and me (and any other kids hanging around) to ride our tricycles at full speed from the one end to the other. Jonas’ dining table, itself the length of some studio apartments, was always set with sticks of spicy pepperoni and dry red and white wines; a cardboard box filled with musical instruments—triangles, cymbals, maracas, shakers, even an accordion—was never more than arm’s reach away. Bookshelves filled the walls from floor to ceiling, and a hammock hung between two columns, adjacent to the front door. Oh, the hours I spent swinging back and forth on that hammock, listening to the hum of adult chatter in the distance, punctuated by laughter, passionate debate, music, and the clicking whirr of a wind-up Bolex camera, which Jonas kept always, always nearby.

I would see Jonas less frequently over the years, particularly after I moved to Washington, DC. I was no longer able to stop into Anthology on a whim. But Jonas remained close to me in an unanticipated way. Every couple of years, when I teach an experimental film course at Georgetown University, I get to introduce new students to his work. There in the classroom, when we turn down the lights and the projector comes on, I see myself on screen—a child; I see my father and mother—the age of my students now, as I sit in the screening room; I see my dear childhood friend, Oona, a little girl as clear as if it were yesterday; I see Anthology on Wooster Street; I see New York City as it looked to me then; I see Jonas. His films are home movies, of course. But they are more than home movies. He has elevated the home movie form into an experimental documentary, at once an essay and a diary. But this classification misses something. It misses the poetry, the humanity, the romanticism of Jonas’ vision. It misses his essence that imbues each frame, telling us He Was There. We Were There. This is Home.

At her father’s funeral, Oona shared that in recent years he ended conversations not with a farewell, but with “keep going.” We will all keep alive the spirit of Jonas, his films, the gathering place he created for us and the memories he preserved.

END_OF_DOCUMENT_TOKEN_TO_BE_REPLACED

The Home Movie: A Veil of Poetry