Reenactment Reconsidered at Getting Real: Addressing the Nonfiction Fantasy 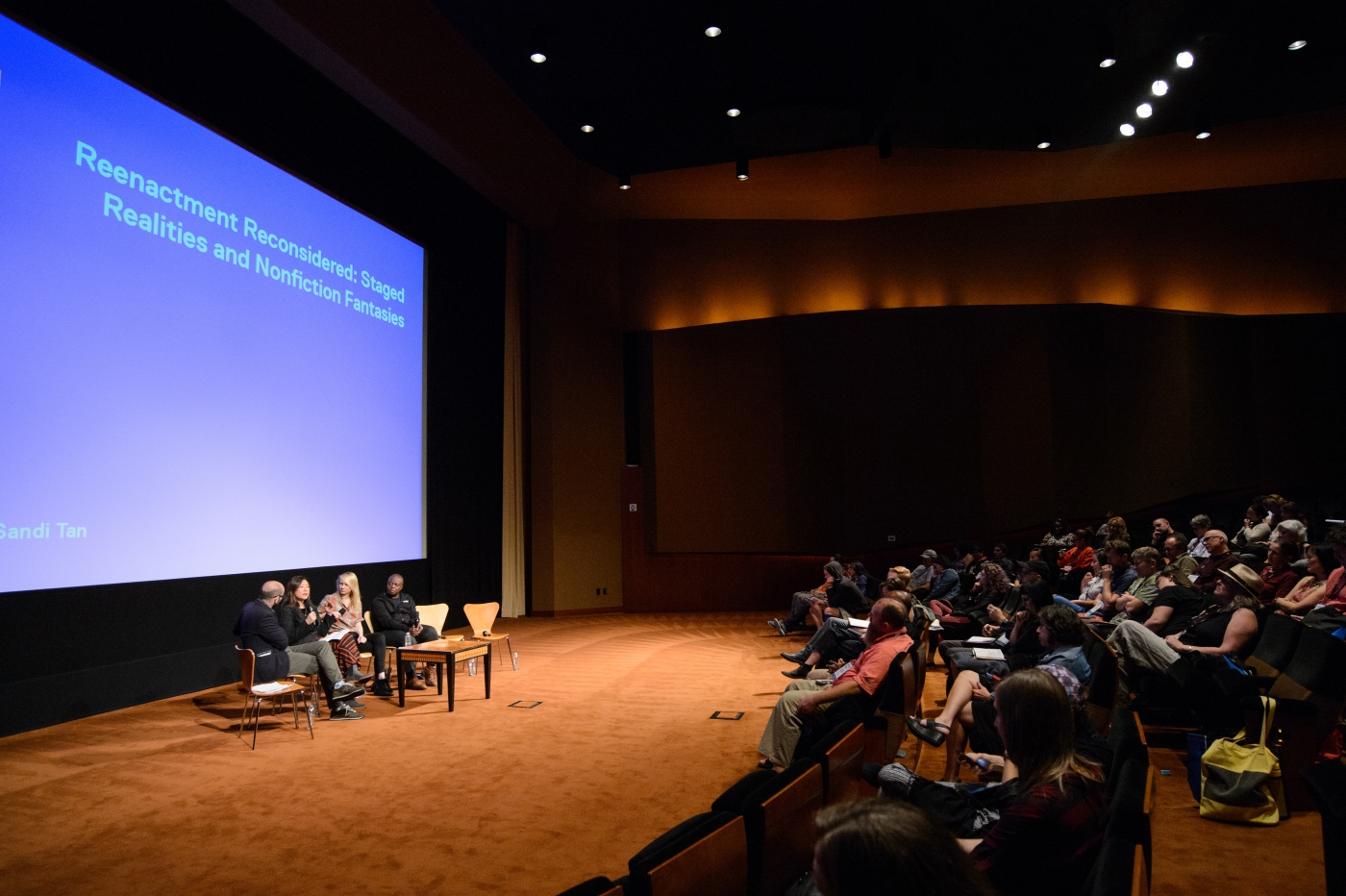 Reenactments have been a part of documentary since the very beginning of the form: Robert Flaherty's seminal 1922 film Nanook of the North, arguably the first feature documentary, was largely staged. Since then, directors including Errol Morris, Shirley Clarke, Werner Herzog, Sarah Polley and Joshua Oppenheimer have utilized documentary reenactments to great effect.

While traditional, literal-minded reenactments are often dismissed as uninspired, inauthentic and generally in poor taste—"the bane and the curse of the modern documentary film," in the words of New Yorker critic Richard Brody—more and more filmmakers are boldly experimenting with new modes of performance and staging in documentary.

The panel's lively conversation often felt like a call to arms for creative, complex filmmaking—filmmaking that pushes past simplistic binaries between fiction and nonfiction. Greene began by proposing a definition of reenactment as "a staged fantasy by the filmmaker or the subject about the world that we live in." He added, "We create these images because observational footage can't exist, or simply is inadequate to represent the complexity of a moment, a character, or a story…Sometimes making fantasy is the most documentary thing you can do."

Kitty Green's film Casting JonBenet explores the legacy of the JonBenet Ramsey case in the Boulder, Colorado community where it took place. While reenactments are often used due to an absence of traditional observational footage, in this instance there was a wealth of imagery from 20 years of news coverage and countless films about the case. But, Green said, "A parameter I set for myself was not to use any archival. Because I didn’t want to make another JonBenet Ramsey documentary. I wanted to make a film that was one step removed—so about mythology, essentially."

Green's film explores people's relationships to not only the case, but also its visual signifiers. Green filmed auditions with locals and had them recreate iconic emotional scenes like the mother's 911 call; she also filmed what she terms "cinematic set pieces" like footsteps in the snow, to provide visual and chronological context. While both types of scenes creatively reenact the past, Green noted that the film remains rooted in fact: "I know the police officers arrived. I know what time it was. I know what day it was. I have no idea what they said to each other. And it feels inauthentic to create dialog…The phrase we often used was, 'Don't wink'—don't be too clever. Just present the facts as you know them." 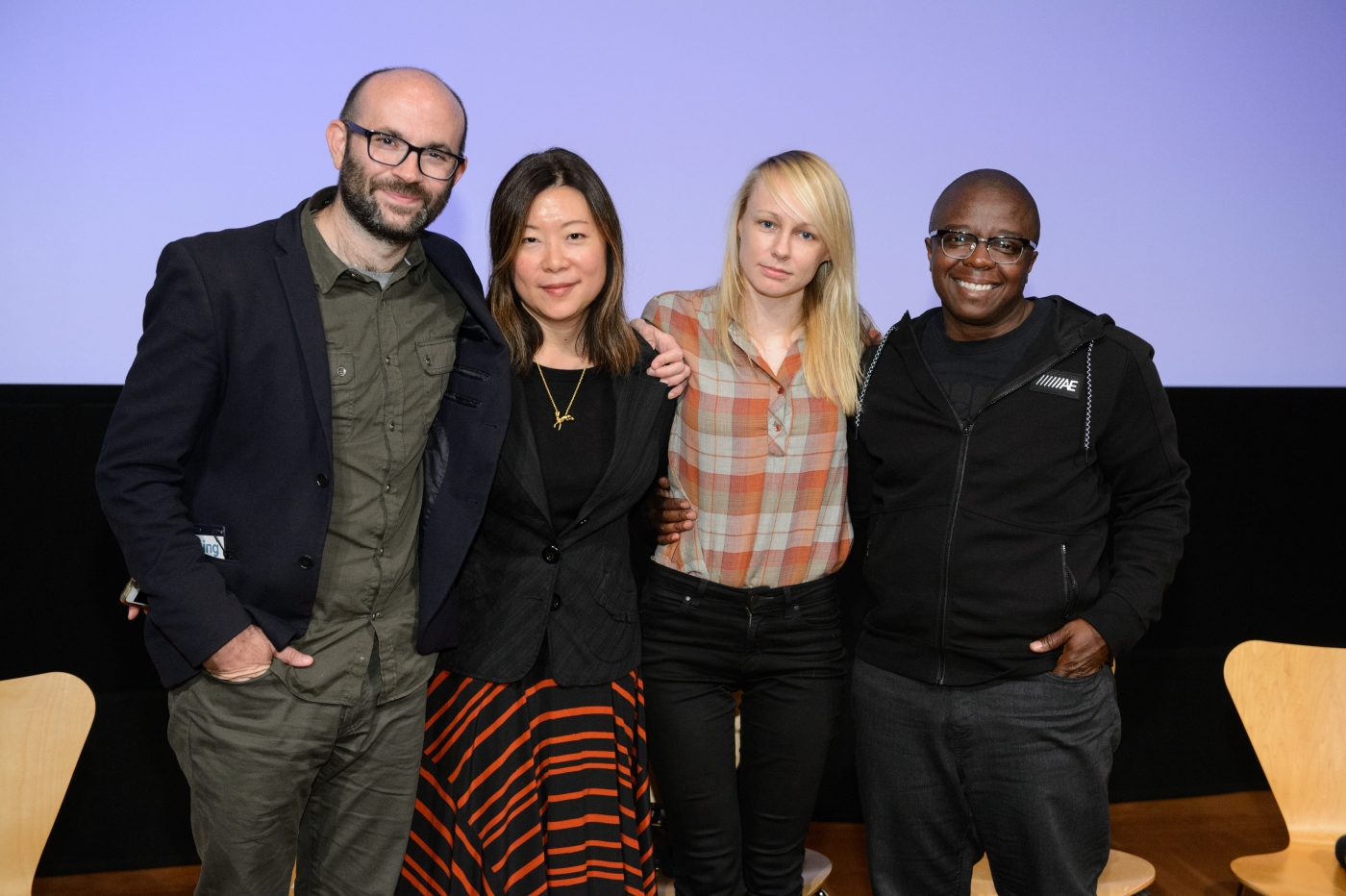 In Yance Ford's film Strong Island, re-creations were used to address the lack, rather than the abundance, of available imagery. The film follows Ford's investigation into the 1992 police murder of his brother William. Among many other challenges he encountered during his search, Ford was denied access to the already paltry visual documentation of his brother's death; crime scene photographs were sealed by law, and the coroner refused to provide the autopsy photographs. "There is no visual history in my brother's case," Ford explained.

Ford shared a scene from the film in which he plays the role of his brother, falling to the ground after being shot. He spoke about the influence of performance artists like Joseph Beuys, saying, "I wanted to put myself in to create the images that we were being denied access to." Ford’s bodily presence in the film also engages with the fear of Black men, and the Black body, that looms over not only his brother's death, but also the ongoing violent policing of Black communities in America. Ford reflected, "This piece that's really about the body required my body to be in the film."

Sandi Tan's Shirkers takes an entirely different approach to reenactment—she described the film as "both a re-creation and the fantasia of what could have been." As a teenager in Singapore, Tan filmed a fantastical road movie with her friends and a mysterious American mentor, who promptly disappeared with all of the footage. Shirkers chronicles Tan's journey to understand what happened, and the original film, recovered 20 years later, plays a central role in reconstructing the events of the past.

Striking visuals of a young Tan (she both directed and starred in the original film) operate similarly to staged reenactments, although she primarily approached the footage as found material. The clips vividly bring her teenage years—and early-'90s Singapore—back to life, and evoke the haunting absences, past and present, that pervade the film. Tan reflected, "The entire film is also a reenactment of my teenage self, actually. ..It's kind of a strange reenactment—a reenactment of emotions." She also emphasized the importance of sound design in conjuring the past, reflecting, "Unlike image, sound goes directly to your heart."

Greene's own film Bisbee '17 delves into the legacy of Bisbee, Arizona's violent past. During the 1917 Bisbee Deportation, more than a thousand immigrant miners, on strike for better working conditions, were rounded up at gunpoint by their neighbors, packed onto cattle cars and sent to the desert to die. The event remains polarizing—descendants of both the pro-mine faction and the deported miners still live in Bisbee today. For Greene, understanding this complicated history meant that, "The truth could only come through dressing people up and restaging something—and through faking things and intervening into the reality of the situation."

On the 100th anniversary of the event, Greene collaborated with locals to restage scenes from the miners' strike and deportation. The locals perform both as interview subjects reckoning with their town's past, and as historical characters in cinematic recreations spanning a variety of genres, from Western to musical. In dealing with these layers of performance and narrative, Greene said, "The complexity is overwhelming…But the complexity is the thing that this movie is about. It's about the mythologies of the West. It's about the American mythologies that get played out every single day.”

Casting JonBenet also delves into the nuances of performance and embedded narratives. The people auditioning for the film were familiar with the melodramatic Lifetime oeuvre on the topic, and their early performances were accordingly over the top. But by the end of the film, Kitty Green reflected, their performances became more authentic, based on their personal experiences: "Those final performances are all based in truth…Those tears are real." After a clip of the film in which locals act out the scene of JonBenet’s father discovering her body, Robert Greene commented, "Acting actually can be a source to something that's unspeakable otherwise."

Offering another perspective, Ford described his own performance as an interview subject in Strong Island. He did not want to be onscreen originally, and hated being on camera. To elicit an authentic performance, Ford went to drastic lengths, subjecting himself to hours of intense questioning and creating an extreme physical environment: "I put myself in the most physically uncomfortable position I could possibly stand. Because it was part of how I knew to break through my own self-consciousness and my own resistance to say things I had never said before on camera." As with all the panelists' films, the intensive preparation that goes into staging a reenactment or performance is itself part of the process of attempting to reach a deeper truth.

Strong Island also demonstrates how formalist approaches to film, including staging and reenactments, offer a way to reclaim representation. Discussing criticisms of his film as overly structured, Ford contended, "Am I going to play into your expectations and show you the dead black man movie? No. What I am going to do is put everybody in a static frame. I am going to create the kind of distance that you are not accustomed to having to tolerate with black victims." Formalist aesthetic decisions like these can give subjects greater agency, and counter deeply problematic existing depictions of marginalized communities. 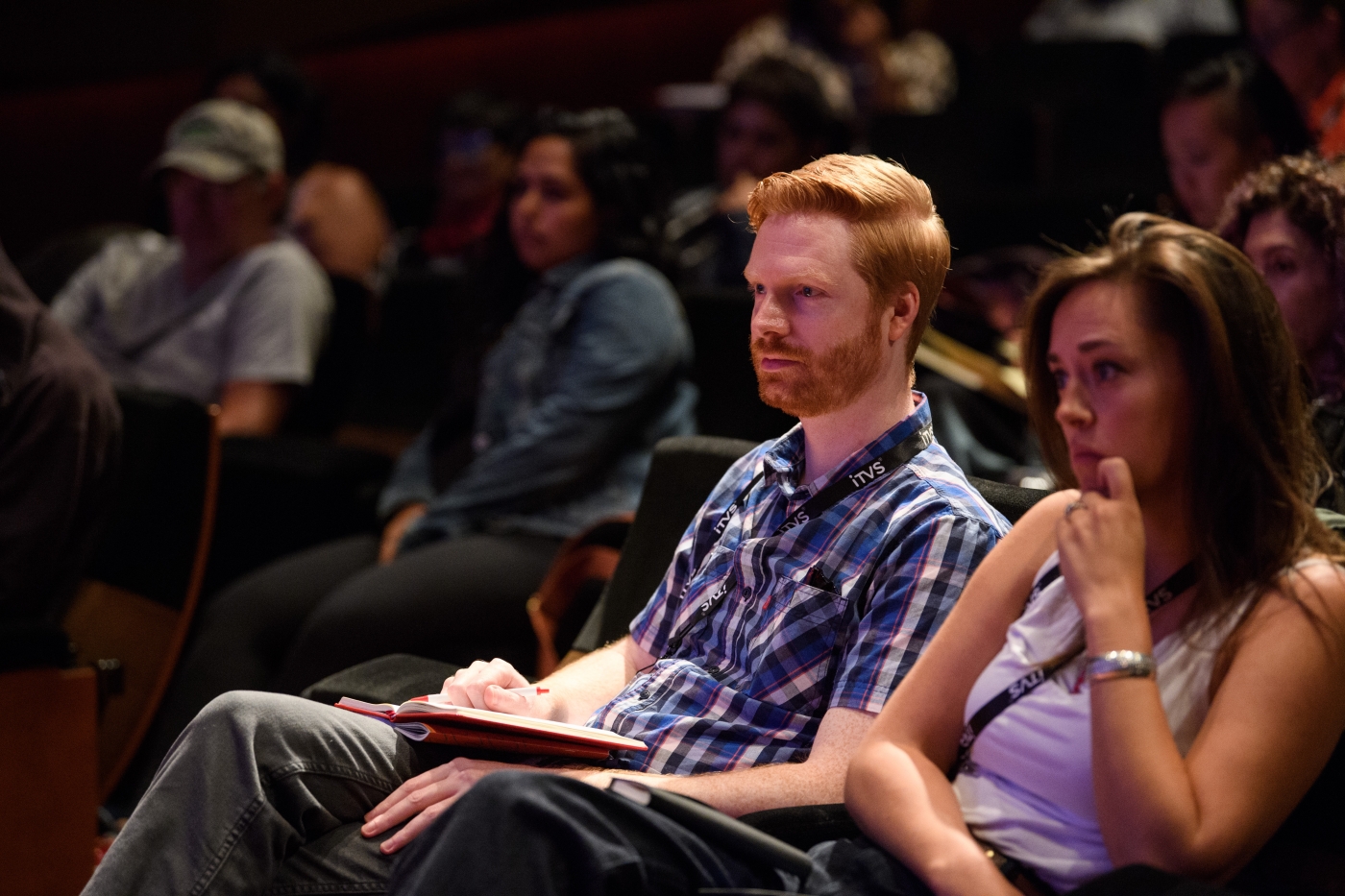 During the Q&A, one audience member asked about the risk of embellishing too much and introducing inaccuracies. Greene pointed out that while objective truths play an important role in each of the panelists' films, “For the Bisbee Deportation you can learn the factual truths in three minutes. What is the reason why it happened? What is that deeper thing other than the facts of the case?" Describing his film's reenactment of the deportation, he said, "What you are seeing is the truth of that reenactment—people trying to understand a role. People trying to understand something is a truth. It might not be the clinical sort of courtroom truth. But I don't know that we need that all the time."

Another audience member wanted to hear more about Greene's term "nonfiction fantasies." "I actually think all films are fantasies," he responded—the director's fantasy of what the film can be, and the subjects' fantasies about themselves. "The only reason why people say yes to being in a film is often because they want to project their own fantasies about themselves," he maintained. Greene argued that while traditional documentary tends to downplay this element, creative filmmaking techniques that embrace this fantasy can often illuminate greater depth and complexity.

Sue Ding is a documentary filmmaker and researcher based in Los Angeles; her work explores the intersection of identity, storytelling and visual culture. She has written about documentary and emerging media for IndieWire, Immerse and MIT Open Documentary Lab.

END_OF_DOCUMENT_TOKEN_TO_BE_REPLACED

F for Faux—and for Fair Use: The Copyright Conundrum of Staged Docs