Truth in the Trump Era: The Fight for a Free Press 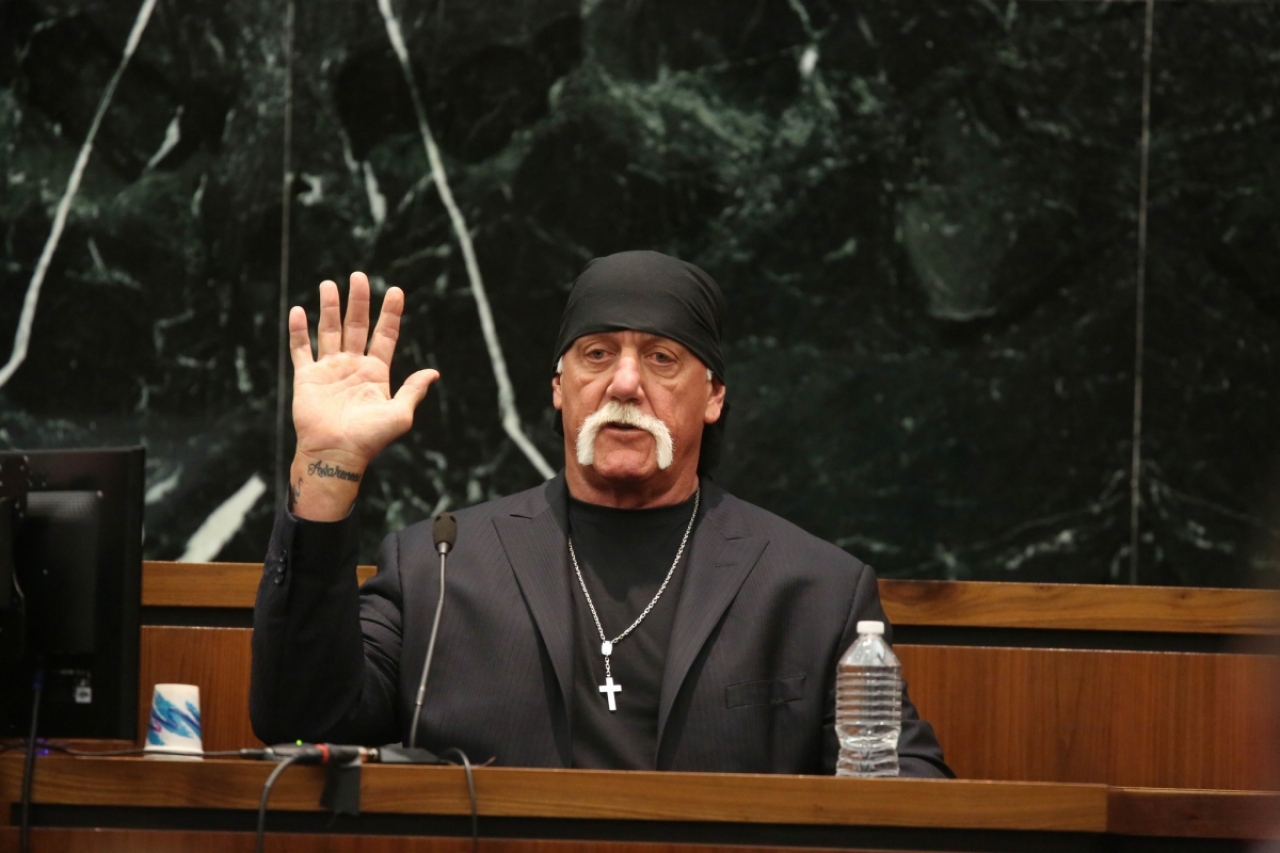 Editor's Note: At the IDA Awards last month, we announced that the John D. and Catherine T. MacArthur Foundation would be supporting a major four-year project that will provide support to documentary makers and journalists through grants, mentorships, training and access to resources. You'll be hearing much more about the particulars and parameters of the initiative over the next few months, and from the editorial department at IDA, we'll be rolling out content every month that addresses specific issues related to the project. To kick things off, filmmaker Brian Knappenberger, whose new film Nobody Speak: Hulk Hogan, Gawker and Trials of a Free Press premieres at Sundance this week, shares his thoughts about the growing threat to a free press as we inch closer to a new presidency.

The day after Donald Trump was elected President of the United States, the streets around our production offices were weirdly quiet. Almost everyone was shocked by the outcome of the relentless and exhausting 2016 political cycle. It was a communal gloominess. Some people were clearly holding back tears. Personally, I took Trump's brand of anti-establishment anger seriously, and had said for most of the year that I thought he had a strong chance of winning. But this was different. He had won.

Later that morning I screened a rough cut of a documentary I'd been working on for the better part of a year. I had a feeling I'd never experienced so dramatically as a filmmaker. The film I screened was now entirely different from the film I thought I was making the day before.

The documentary was about the legal case officially titled Bollea v. Gawker Media. "Bollea" refers to Terry Bollea - better known as Hulk Hogan - among the most successful and charismatic professional wrestlers of all time. Gawker was the snarky, gossipy, surprisingly scoop-getting news site that posted a video of Bollea that contained approximately eight seconds of him having sex with the wife of his then best friend, Todd Clem, also known in Florida shock jock circles as Bubba the Love Sponge.

In the early summer of last year, the legal battle simmering between Hogan and Gawker Media in a Florida courtroom became an American tale of betrayal. It was a captivating case - alternately salacious and highly principled, though you could never tell quite when it would be either. Which side observers were drawn to seemed to change as litigants stepped up to the stand to give their testimonies. The case was set to define critical First Amendment and privacy concepts for the digital age.

But the real story developing behind the scenes went even deeper than the $140.1 million verdict against Gawker Media, which forced the company into bankruptcy. It was soon revealed that billionaire Silicon Valley venture capitalist and early Facebook investor Peter Thiel was secretly funding Bollea's case, among others, in a multi-year quest to exact revenge against the news organization for outing him as gay on their pages in 2007. Thiel orchestrated a series of behind-the-scenes chess moves so spectacular they called to mind Dantes at the end of The Count of Monte Cristo: "How did I plan this moment? With pleasure."

The Gawker case and the divisive election in the backdrop were soon colliding. Trump, when he heard about the verdict and Thiel's involvement, declared, "I love him!" Thiel was soon a featured speaker at the Republican National Convention, a donor to the Trump campaign, and before long, a member of the president-elect's transition team.

Trump's rise was based in part on an all-out assault on the press. As a highly litigious billionaire who threatened to "open up libel laws" and sue news organizations "like you've never been sued before," Trump was already everywhere in our film. During his rallies, Trump ordered cameras to widen out to show more of the crowd, screaming at them until he was red in the face - and they complied. Trump blacklisted the news organizations Buzzfeed, Politico and The Washington Post, among others, from getting press credentials to his rallies. He routinely called out specific reporters, even making some feel physically threatened, and prompting their news organizations to beef up their security. Trump leveled insult after insult on reporters. It became a central feature of his speeches: reporters were "scum" and "terrible people." Eventually he called them the "most vile humans on earth."

But Peter Thiel and Donald Trump weren't the only billionaires at work quietly, or not so quietly, threatening to use their wealth to silence critics. The magazine Mother Jones was nearly driven out of business by the angry Idaho billionaire Frank Vandersloot, who disapproved of the publication's coverage of him. In particular, he objected to a tweet by the Executive Editor Monika Bauerlein. Mother Jones was saved only when subscribers donated money to cover the magazine's legal fees.

Just over a year ago, Las Vegas casino mogul Sheldon Adelson secretly purchased the influential local paper, the Las Vegas Review-Journal. Adelson had a history of attacking journalists who wrote stories he found critical of him. Even reporters at the RJ didn't know who had bought their paper, and went on a covert mission to find out, in one of the more powerful and moving stories of speaking truth to power you will ever hear.

These battles, Trump's anger at the press, and Thiel's nine-year grudge that drove Gawker Media out of business brought to light a new threat to democracy. Are the very wealthy thwarting the First Amendment to silence their critics? In an age of extreme inequality, how vulnerable is a free press that has lost most of its traditional sources of income? Perhaps most frightening, what could a thin-skinned billionaire with the executive branch at his command do to those who have angered him? 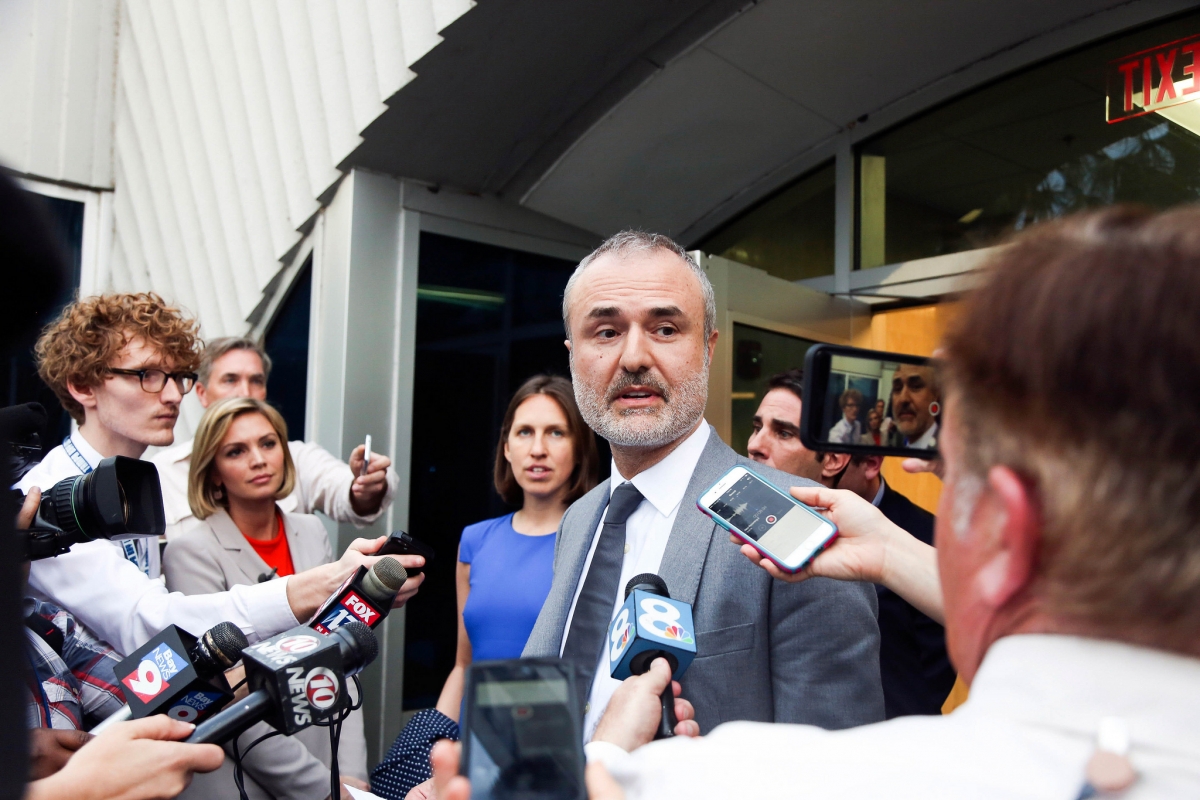 The answer should worry us, says Floyd Abrams. Abrams worked on the Pentagon Papers case and is widely considered the most important First Amendment expert in the country. When I interviewed him for our film, he told me, "We should be genuinely apprehensive about the new administration. There is enough chance that the president will be upset enough, angry enough, vengeful enough to try to take whatever actions he thinks he can to punish those who have offended him. The risks are accentuated with a person with a personality and an overview of himself and the world that he appears to have, in terms of potentially using the awesome weapons that any president has."

Those weapons include a dragnet surveillance apparatus that has had very little reform since the Snowden revelations. President Obama also set an ugly precedent when he used the Espionage Act against reporters more than any other president in history. Journalism is so vulnerable right now that last year alone, one technology company, Facebook, made more money than the entire news industry combined.

Washington Post media columnist Margaret Sullivan told me, "People who realize how much they need journalism need to step up at this point. Journalists need to be stiffer spined and more assertive and stronger than they've ever been before. They of course need to be fair and to function without bias, but they need to do their jobs better than they've ever done them before. And people who value that work should also come forward and support it."

A month ago, the John D. and Catherine T. MacArthur Foundation made a great start, announcing at the IDA Awards a four-year, $5 million endeavor, managed by the IDA, that will help journalists and documentary filmmakers. Independent filmmakers need strong legal support that embraces a new reality of massive inequality, changing platforms and new technological tools.

As documentarians, we need to tell the truth, even if it is unpopular, even if it is risky. In the next four years we need to call out every lie and every instance of kleptocratic greed that will make up the daily routine of the Trump Administration. More importantly, we need to tell stories that define a way forward. Before Trump sucked up all the oxygen on the national stage, our major political parties and institutions failed. Imagining a new way forward is critical.

It doesn't matter what sorts of stories you tell, what kinds of characters you follow, what causes matter to you or even what your experience level is as a documentary filmmaker. Whatever your skills, they have brought you to this moment. As President Trump takes the stage at the inauguration, there has never been a better time to speak truth to power.

Brian Knappenberger's latest film, Nobody Speak: Hulk Hogan, Gawker and Trials of a Free Press, premieres in the US Documentary Competition at the 2017 Sundance Film Festival.

END_OF_DOCUMENT_TOKEN_TO_BE_REPLACED

Bursting the Bubble: Covering Political Stories in the Age of Trump

Dying to Tell the Truth: The High Cost of Free Speech

Fair Use Is Free Speech: Don't Lose It By Succumbing To Censorship