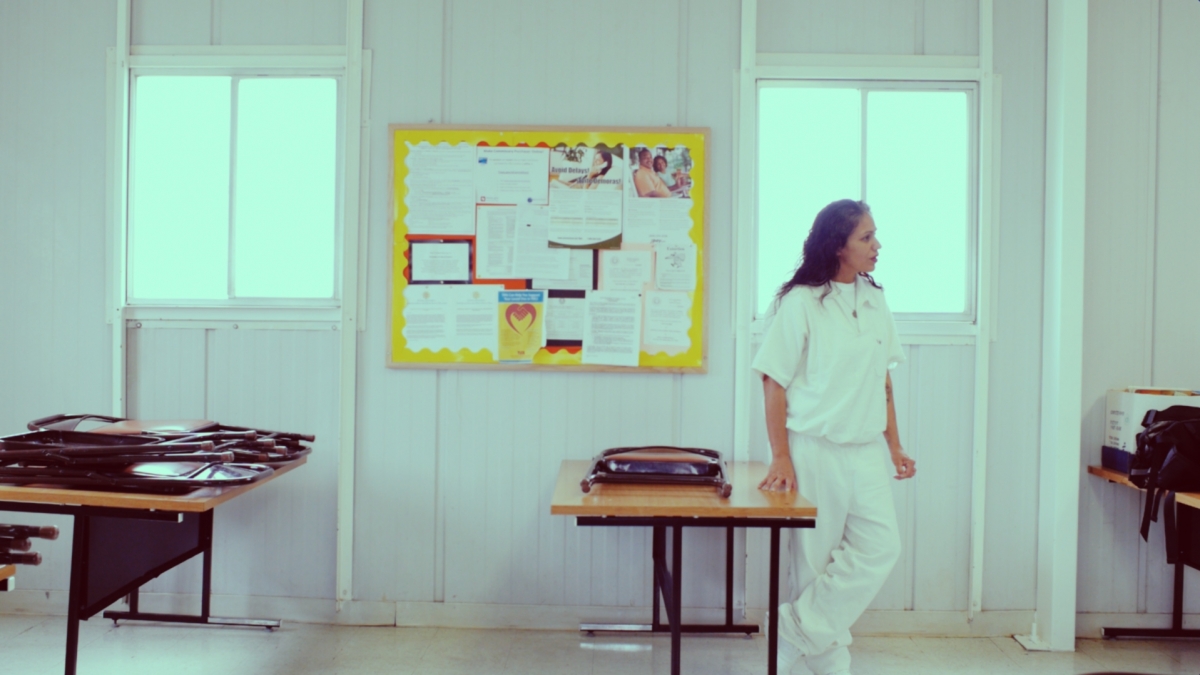 As audiences continue to voraciously consume true crime stories, Deborah Esquenazi's debut documentary, Southwest of Salem: The Story of the San Antonio Four, sheds light on an extreme miscarriage of justice against four openly gay women in the 1990s, and their subsequent fight to clear their names. The film, which premiered at the Tribeca Film Festival in April, unravels the story of a couple, Anna Vasquez and Cassie Rivera, and their friends, Kristie Mayhugh and Liz Ramirez, who were convicted of gang-raping Liz's young nieces, ages 7 and 9. We quickly learn that the case is far more complex, as the four women become victims themselves of a biased judicial system.

Director Deborah Esquenazi learned of the San Antonio Four in 2011, 13 years after their convictions, and began interviewing them while they were still incarcerated. Esquenazi's straightforward approach uses a combination of intimate home videos, recent interviews and archival footage to tell this emotionally resonant story. While the women fiercely denied the allegations and there was little evidence, their trials were overshadowed by homophobic mythology and flawed science.

The film shows how the district attorney relied heavily on myths surrounding gay individuals and alleged Satanic-related sexual abuse of children. Esquenazi's previous work as a radio producer and journalist also explores the intersections of mythology, justice, identity and power. "Part of my vision for my work is crime mythology," she explains. "It's not just crime or criminal justice; it's the myths that have been created - usually through folk tales or through folklore—that permeate the way that we see justice." From the early '80s through the '90s, there was widespread panic that a Satanic cult had infiltrated daycare centers and preschools to abuse children. While it may seem preposterous that these beliefs could have seeped into everything from Child Protective Services to police departments and defense attorney offices, there were hundreds of other similar cases at the time, primarily against childcare workers who were gay or suspected to be gay. Sexual orientation was not supposed to be mentioned during the trials, but it became a major point throughout. 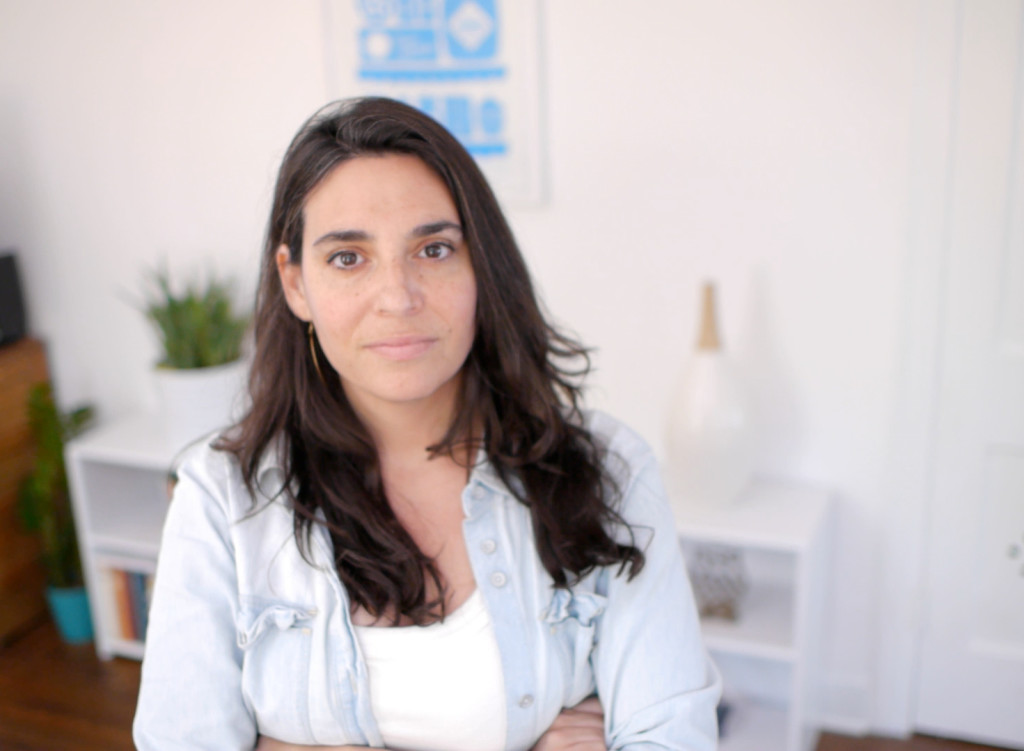 The reality of what happened is far less sensational. The group of friends often spent time at Liz's apartment, which was their safe haven. At the time, Liz was pregnant and preparing to raise the baby on her own. Her former brother-in-law, Javier, who had long been infatuated with her but condemned her lifestyle, insisted on marrying her and helping raise the child, an offer that Liz refused. When Javier left his two young daughters in Liz's care for a week, her friends came and went as usual. The women have few recollections of that time, as it was such a part of their normal lives that it was unremarkable. Months later, accusations surfaced that the four sexually abused the young girls then, much to their confusion and horror.

They quickly found themselves in the quicksand of the justice system, as their willingness to cooperate with police - without attorneys, at first - made the situation worse. The story has so many twists that Esquenazi often had to leave out shocking details for the sake of the larger narrative: "Liz's attorney was the attorney that she had used after she got into a car wreck. So he was an ambulance chaser. He had never tried a criminal trial in his life." The young girls' testimonies were so violent and horrific - and so full of contradictions - that they were seemingly unbelievable. While there was little physical evidence of these gruesome accounts, a pediatrician testified that small markings showed signs of sexual abuse. When Liz, who was tried separately as the "ringleader," was sentenced to 37 years, the other defendants' lawyers recommended taking a plea deal, but they refused, maintaining their innocence. They received 15-year sentences.

While it was the testimony of the young girls and the pediatrician's report that lead to their convictions, Esquenazi captures two stunning reversals in a case that had laid dormant for over a decade. With Esquenazi and the Innocence Project of Texas working to expose the truth, one of the alleged victims came forward to recant her testimony and reveal why she had been forced to lie. Additionally, Texas became the first state to pass a bill known as the "junk science" statute, which granted new trials to those imprisoned, based on outdated forensic science - in this case, the pediatrician's basis for believing there were signs of sexual abuse had been debunked. While Anna had recently been released on early parole, these developments meant Liz, Cassie and Kristie would be released on bond but would have to return to court for exoneration trials. This loomed heavily over them as they returned home for the first time in over a dozen years. 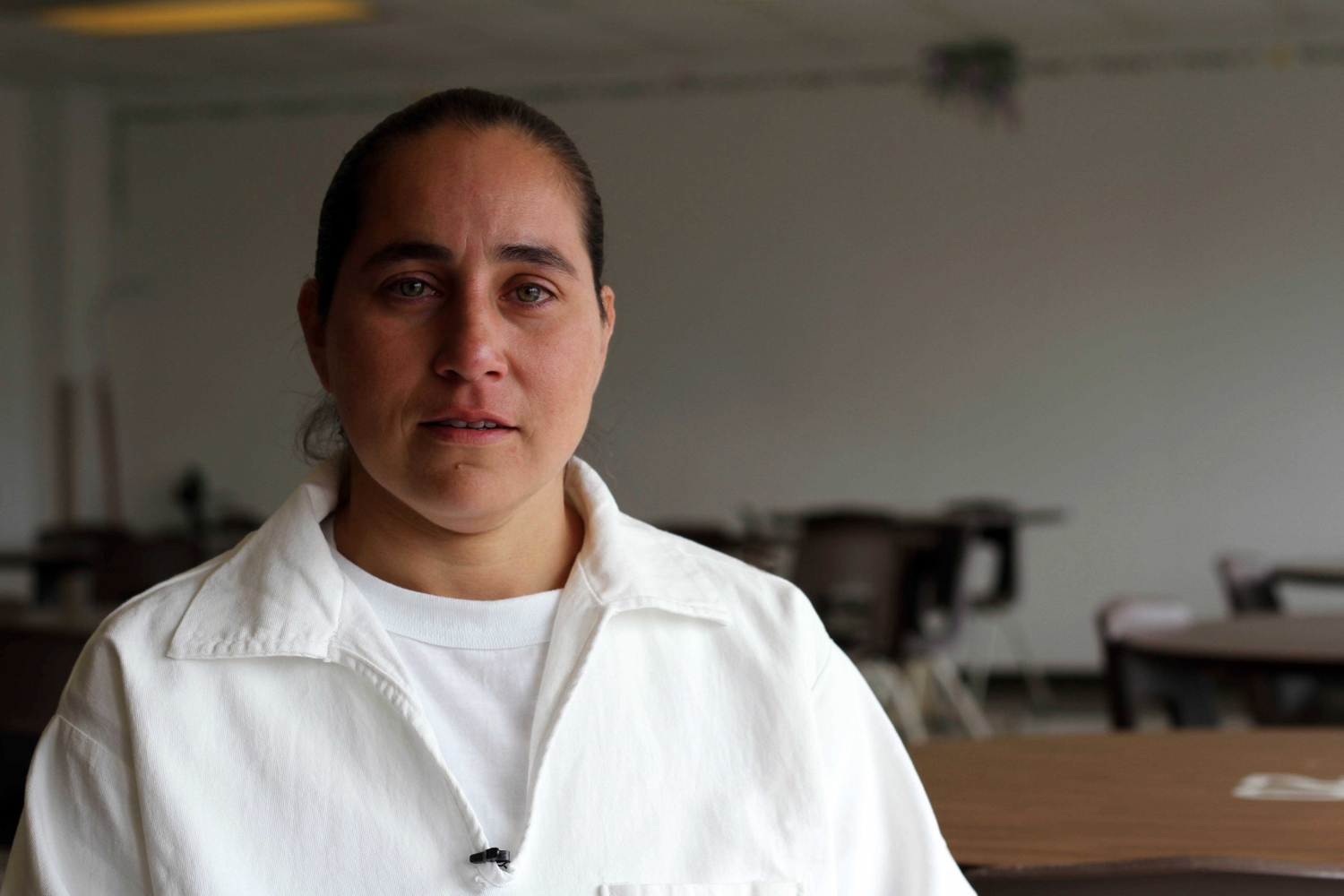 Esquenazi expertly lays out the heartbreaking story, and the nuanced context in which it takes place. She was drawn to the case because it was more than just true crime; it was the story of gay families torn apart. The majority of the filmmaking team, including Esquenazi, are gay women, which gives the film an authenticity that has unsurprisingly led to many accolades at LGBTQ film festivals. But the documentary doesn't feel exclusionary to those outside of the LGBTQ community, although Esquenazi didn't always know if that would be achievable. "There was a time early on in the editing when I kind of had to let go of this idea of making a film that could be for everybody," she admits. "I had to brace myself that this could very likely be - and might be - a ‘queer film' for queer people or allies. So the fact that it's even gaining a kind of ‘mainstream audience' has been a little bit stunning to me."

One of the most powerful aspects of the film that creates this larger universal narrative is the theme of motherhood. "Early on we had a discussion about the role of the mother as a kind of archetype," Esquenazi explains. "We talked a lot about the families that [the gay population] makes. Sometimes we don't have the families we were born into that support us." We see how the women create these new families, as Anna co-parented Cassie's children, and they were all prepared to help Liz raise hers. We also see how they were destroyed, as Cassie and Liz's mothers had to raise their grandchildren during their daughters' incarcerations. Even when Liz's niece - now a mother herself - recanted, she did so at the risk of losing her own young children. Liz was imprisoned for so long, she herself became a grandmother to a baby she held for the first time upon being released. Throughout the film, we see both the power and vulnerability of the matriarchy. This through line makes it clear that not only was the state's portrayal of diabolical deviants untrue, it was the opposite of reality. These women were not abusers of children; they were protectors of children.

In February 2016, the judge ruled the women would receive new trials, but would not be recommended for exoneration. "We had an ending that was different, but then the courts came down with a ruling, so we actually had to pull the film [before Tribeca], and change the ending," Esquenazi says. The ruling was a major blow; if not exonerated, all four will remain registered sex offenders and Liz could face the remaining 20 years of her sentence. They are trying to enjoy the freedom they do have, as well as the outpouring of support. At festivals, the women have been met with standing ovations. "They'll talk about how different that was from when they went into prison, when they would pass by people who would say the most disgusting, vile things to them," Esquenazi explains. Despite the hurdles of having the women attend film festivals due to their legal status (they need a court's permission to travel outside a 75-mile radius from their homes), it is worth the effort. "It's such an agonizing ending, and I feel like audiences get a little bit of closure when they're there in person and can talk to them," says Esquenazi, who is working on a companion film to Southwest of Salem that explores Liz's trial in more depth. "What happened to her in the courtroom - and the way that they over-sexualized not only her, but women in general, and the interactions between the DA and prosecutor and the jury - was so disturbing."

As Southwest of Salem toggles between grainy home video and present-day footage, it is easy to lull yourself into feeling that these stories happened long ago, when in reality they are part of our country's not-so-distant past and ongoing injustices. While the first priority of the film's impact campaign is full exoneration for the San Antonio Four, a district attorney toolkit is being designed for people who are accused of a crime so they know their rights. "Clearly, when the women are talking about that, the first thing they say is, ‘I wish I had known to get an attorney,'" Esquenazi explains.

Southwest of Salem opens in theaters in New York on September 16 and Los Angeles on September 30. Alamo Drafthouse is holding special screenings in select theaters across Texas. The film will be broadcast on Discovery's ID network on October 15. Deborah Esquenazi and Anna Vasquez will be participating in IDA's Getting Real Conference on September 28.

Lauren Kushner is a consultant for documentary films, including financing, distribution, and marketing. She is currently producing a short documentary series on gun-death prevention.