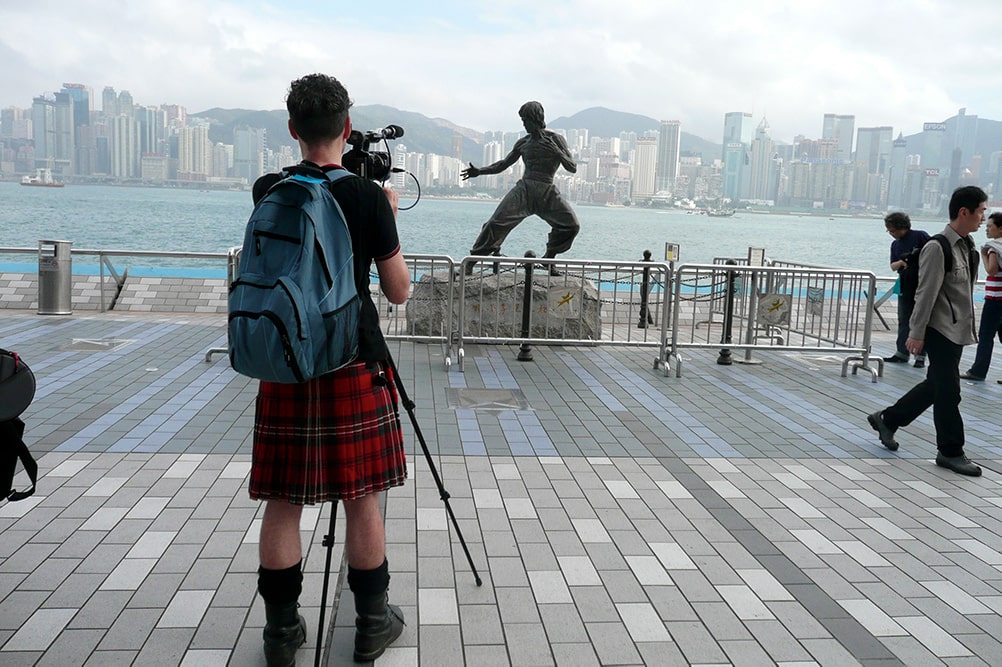 I don’t want to just count numbers. I really don’t. I want us to dig deeper. I want us to try harder. We owe a debt to our audiences to bring them content that stretches them, that enriches them and that sometimes will make them a little uncomfortable. But that takes the trust that they put in us to deliver information and ideas that they might not normally get in their arm chairs, and bring them something that really does reflect what’s going on in this country that’s informed by voices that maybe they would never hear.

Also at Variety, Addie Morfoot talks to execs as they weigh in on the future of long-running docu series trend.

"There’s been a renaissance in feature documentary filmmaking over the last decade, and that certainly created more of an audience for premium non-fiction storytelling in general," says Industrial Media’s president Aaron Saidman. "Then you had the rise of the streamers in the middle part of the last decade, which really was the perfect timing to capture that renaissance and drive further interest in all forms of nonfiction. And of course, the streamers and binge watching being a key component of that helped fuel multi-part storytelling."

Over at POV Magazine, Jason Gorber speaks to Mark Cousins, right in time for the Cannes premiere of his latest film, The Story of Film: An Odyssey.

I still watch films the way I always did, in the front row of the cinema, with my guard down, without any filters, like a child. I watch like the boy that I was when I fell in love with cinema. I’ve got a good visual memory, so I don’t take notes. If I’m working on a film that is about cinema – and lots of my films aren’t – then I will take notes. Being a filmmaker and seeing behind the curtain hasn’t taken away the sense of wonder about filmmaking or about going to the movies because it’s still bigger than life.

Also premiering at Cannes is Val Kilmer’s autobiographical documentary, Val , which Kilmer "shot through his obsession with and efforts to turn his own version of Mark Twain’s life story into a theater show and, hopefully, someday, a completed film." Vulture’s Rachel Handler interviewed him.

I was trained as a stage actor — I saw myself that way and I still do. But I love film. The business works a certain way; sometimes I did it well, sometimes I did not. As I prepared my Twain [show] for Broadway, my eye and my vision was actually always on the film version. I’ve grown, I’ve changed, I’ve stayed the same. I’m as excited about a great performance today as I was the day I discovered [Marlon] Brando.

For The Guardian, filmmaker Andrea Arnold penned an essay on her childhood in Kent, and how that shaped her vision. Her film Cow recently premiered at Cannes.

One of the animals I saw most out of those windows was cows. Cows grazing in green fields. Pastoral, peaceful, romantic. Like a painting. I wondered about the reality of their lives and what that was really like. Making the film Cow emerged from that curiosity. Cows are so much part of our lives. They provide us with so much. But I felt disconnected from them. I liked the idea of jumping into that familiar scene. Seeing what their reality really was.

Another Cannes essay. Variety’s Naman Ramachandran writes on the slew of South Asian documentaries competing at Cannes this year.

Debutant Partha Das’ "Thirteen Destinations of a Traveller" explores two parallel journeys. One sees thousands of Sufi pilgrims march together over days and miles to proclaim unrequited love for humanity, and in the other a disabled, marginal Muslim man in India tries to transform his life fighting against physical, economic and social challenges in search of love, compassion and happiness.

From the Archive, March 1999 Issue: "Documentary in India Today"

But first, some history. For years, people outside of India have considered documentary in the country the exclusive province of the Films Division of the Central Government. Today, that view is a misconception. With its production center in Bombay (now known as Mumbai), the Films Division continues to produce more than 150 films per year, with documentaries of two kinds: the news-based shorts, recording political and cultural events of benefit to the ruling governments; and biographies of award-winning authors, artists and other cultural figures.