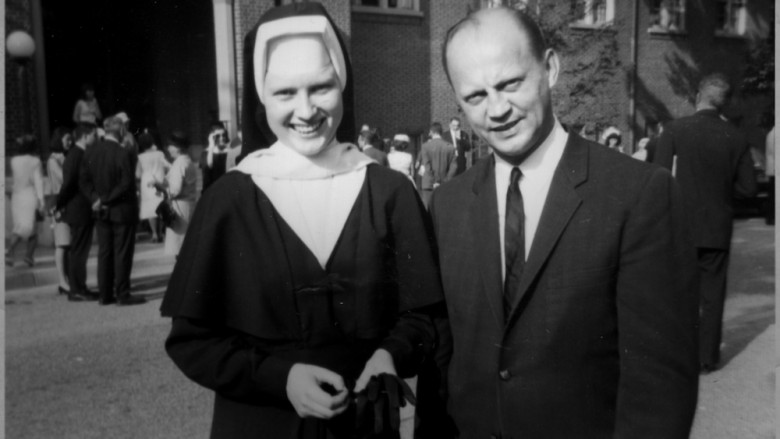 White worked closely with  freelance journalist Tom Nugent; he'd tracked the story for years, but couldn't get it published and resorted to blog posts instead. "The story was virtually undercover," said White. "There was not a lot of information about it. It bubbles up in the '90s in a hearing around Jane Doe - but the institutions and the church were successful in squashing it. Then there was virtual silence for the last 25 years. Everything we were investigating or uncovering was new to us."

A 10-year ratings snapshot shows that U.S. factual networks are far from falling off a cliff. And Europe has increased potential as a co-production partner. That's the message that I shared over and over in my panels and meetings at last week's productive and enjoyable Sunny Side of the Doc.

At CBC, Tina Hassannia introduces the next generation of Indigenous Canadian filmmakers.

Canadian cinema would be nothing without its Indigenous contributions. Think of the groundbreaking work of Alanis Obomsawin or Zacharakis Kunuk's Atanarjuat: The Fast Runner, considered by those in the Canadian film industry to be the best Canadian film of all time. But a new generation of voices demands attention. This roundup of directors reflects a diversity in age, experience level and regions from around the country - and it's a great jumping-off point for those interested in learning more about contemporary Indigenous filmmaking in Canada.

At The Guardian, Homa Khaleeli profiles Oscar-winning filmmaker Sharmeen Obaid-Chinoy, whose new work looks at lives wrecked by the partition of India.

It's this mixture of nostalgia and hurt she is exploring in Home 1947, an art installation created for the Manchester international festival. Dressed in a director's uniform of black, made less severe by her long, glossy hair and fuchsia lipstick, Obaid-Chinoy is a commanding presence. So the contemplative nature of this project is something of a departure. As she discusses it, her voice softens. "This is personal. It's an ode to my grandparents' generation. How did it feel that, when you left your home, it not only stopped being your home, but became part of an enemy country?"

At Vulture, Nicholas Quah ranks the best podcasts of 2017 so far.

Halfway into the year, it's a pretty damn interesting time for podcast fans. There's a lot happening in the upper echelons of podcasting, and I've been tasked with assembling a list of the best shows released so far. In the spirit of acknowledging how bonkers this task is - finding the cream of the crop in an ecosystem as young, relatively decentralized, and maddeningly chaotic as podcasting - I'd like to share my thought process in putting together the list. As a critic, I'm looking for a very specific thing: shows that say something about the medium, push the form forward, and exemplify the best qualities of what podcasts can do.

"We moved to Wisconsin. We lived in Manitowoc County. We were out there filming for two years as the murder case was unfolding. So we got to experience the community and began to realize that the series could offer so many things—a portrait of this man [Steven Avery] in extraordinary circumstances; how a community would respond to injustice having been exposed; a family drama and ultimately, hopefully, a view of ourselves right now and how we as a society respond to some of the issues that are raised in the series."