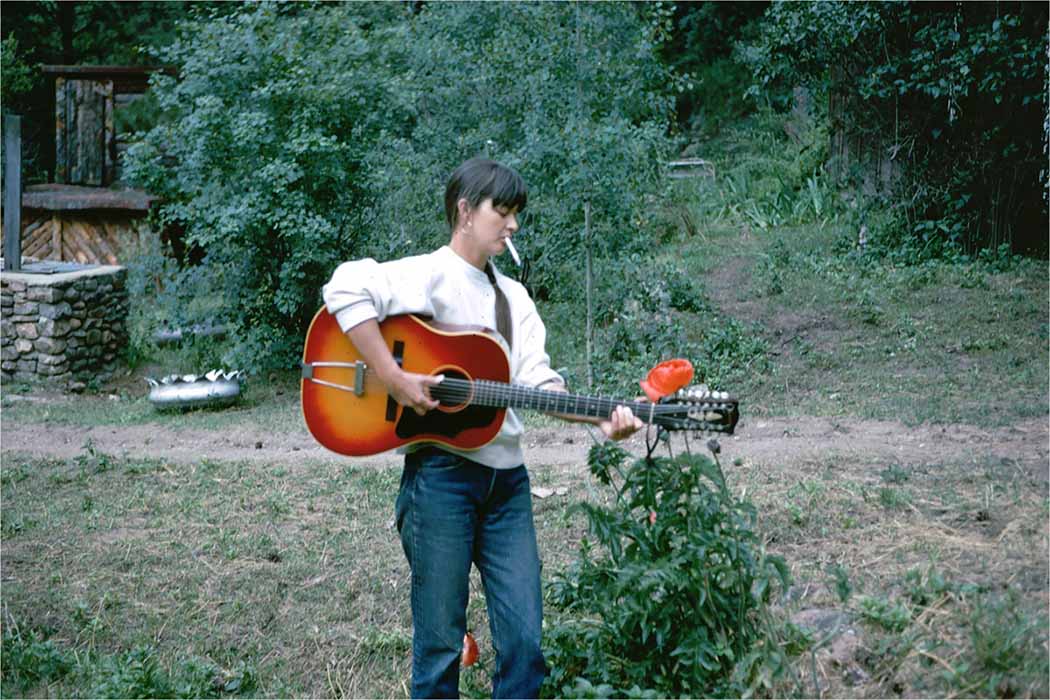 Haile Gerima doesn’t hold back when it comes to his thoughts on Hollywood. The power games of movie producers and distributors are "anti-cinema," he put it recently. The three-act structure is akin to "fascism"—it “numbs, makes stories toothless." And Hollywood cinema is like the "hydrogen bomb."

For the CAAM blog, Lauren Kawana profiles filmmaker Set Hernandez Rongkilyo about their filmmaking career and dedication to centering the voices of undocumented people in the country.

A day Rongkilyo will always remember is the day in high school when they realized they were undocumented. Like their peers, they had sent off applications and taken their SATs, with college dreams abuzz in their mind. But a counselor confirmed that a long-expired visa would prevent them from applying for college financial aid, turning possibility into what felt impossible. "I was 17 and I just didn’t really understand," Rongkilyo says, recalling feeling alone and helpless. "I thought I was the only person in the entire universe who didn’t have a social security number. But that was naive of me because I grew up in the San Fernando Valley… in my family and my community, there were a lot of undocumented people growing up, but no one ever talked about it."

Filmmaker Franz Böhm’s Dear Future Children tells the story of young activists around the world. Just before its Canadian release, POV’s Pat Mullen interviews Böhm about protecting the film’s protagonists, among other things.

Securing the anonymity and safety of our protagonists was our top priority since the beginning of the project. Since the research stage, we worked with numerous universities worldwide, many of them in the US and Europe, to create a global infrastructure to secure film projects like this one. Part of that is also making sure that our protagonists stay anonymous and that this project can’t be used against them. We collaborated with different law firms to ensure the safety of the protagonists. Of course, Pepper always has a mask on. We also used a reverse deep-fake technology to ensure that she couldn’t be identified.

Over at Seen Journal, Imran Siddiquee writes on Rintu Thomas and Sushmit Ghosh’s Writing with Fire, and examines how the filmmakers negotiate their gaze and power while centering the voices of its Dalit journalist protagonists.

By keeping certain things unexplained and certain machinations of the operation off-screen, the film keeps Dalit women and their work at its center. Yet in other ways the choice not to name all the power structures at play in the paper’s likely expensive shift to online video reporting raises some attendant questions in a film fundamentally about power. What were the power dynamics in the production, and how did caste and class play a role in its own making? The importance of who sits behind the camera—who gets to edit, frame, and share a piece of media—is a fact that the film itself reminds us of repeatedly.

Filmmaker’s Steve Dollar speaks to Richard Peete and Robert Yapkowitz, directors of Karen Dalton: In My Own Time, about the six years it took to make the film, which involved a treasure hunt-like chasing of archival tapes.

When we originally started to make this film, Rob found Karen’s daughter Abbie on Facebook, and found the restaurant that she worked at, and ended up calling the restaurant, and called the restaurant a few times until he got Abbie. He told her we wanted to make this film and her reaction was, "Oh, people have tried before and failed, because there’s no footage of her, and I don’t think people are really interested in seeing a movie on my mom." But we were persistent and went to see her, and through scouring the Internet, and working with some really good archivists, we were able to uncover some really incredible footage and audio of Karen that people had never seen or heard before. It’s cool that Karen lived in a period when things weren’t documented all the time.

Well, in a funny way I say all films are documentation. For me, even though in a narrative film I’m controlling more of the light, every take is different where the actor ends up and how the camera moves. In some ways my part in the documentary was really just these interviews, so once I established the look I lit everybody the same way. I found the form I wanted to be able to see. In fiction I think the strength of Todd’s work is that he finds an authenticity and detail in storytelling, because he researches the subject matter through the cultural influences and the means of how those images were created.

Another NYFF-premiering documentary, Wang Qiong’s debut feature All About My Sisters, is also set for a release. Here is Reverse Shot’s Forrest Cardamenis’ take on the film.

One should always be hesitant to proclaim a film as part of a new "movement," but upon watching Wang Qiong’s debut documentary All About My Sisters, I cannot help but wonder if Chinese film is entering a new stage in history. For two decades, many of China’s greatest filmmakers have trained their cameras on the signs—urban, architectural, countercultural—of the nation’s rapid economic development. China is well on its way to surpassing the United States as the world’s largest economy, and its working- and middle-class are no longer plagued by shortages of food, water, or medicine. Urban migration has not simply improved standard of living, however; as Jia Zhangke’s Swimming Out Till the Sea Turns Blue demonstrates, it has also alienated China’s youth from its roots. Whether it is a movement or a blip on the radar, All About My Sisters demonstrates a new tendency focused on oral history and memory as a means of retaining or recovering the past.

China's documentary television sector has travelled light years in a decade. This boom is driven by China's vast-scale, rocketing economic growth, its deep cultural respect for content-rich programming and its top-down media policy.

Documentary channels are flourishing at the national level—at CCTV (China Central Television), the predominant state television broadcaster, and in the regions as well.

Viewers are hungry for informative storytelling that seems quaint by the "Big, Noisy Character" measure deployed by an increasing number of Western networks. Beijing has rejected reality TV and many competition formats as "trashy" and "cultural pollution." There is a diktat from the Communist Party for China to become a world leader in the documentary niche.

TV and Film Crews All Set to Strike