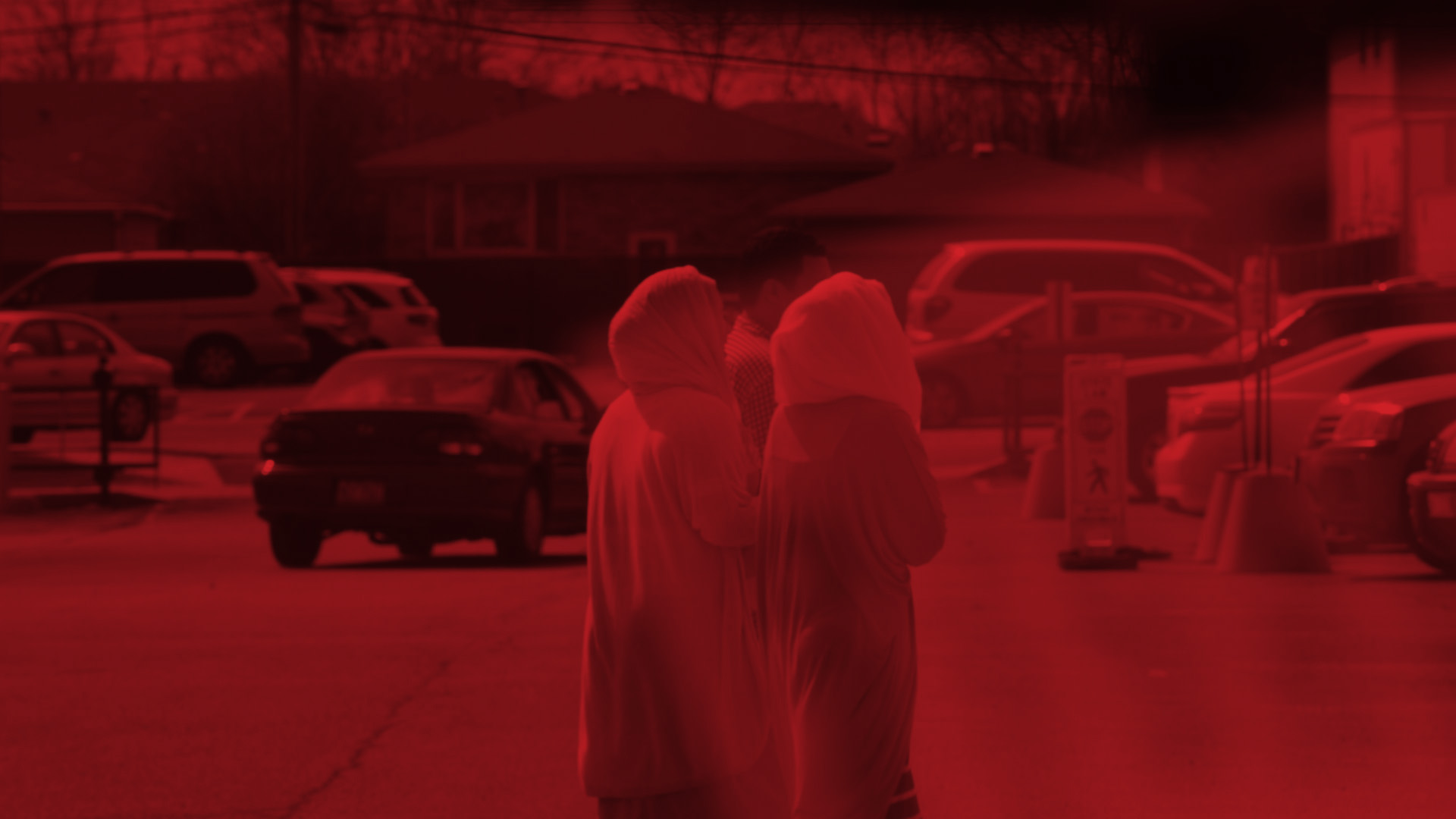 Editor’s note: Assia Boundaoui was one of the inaugural recipients of IDA’s Enterprise Documentary Fund Production Grants in 2017. The Fund supports projects that take on in-depth explorations of original, contemporary stories from diverse points of view and integrate journalistic practice into the filmmaking process. As the third round of applications opens later this month on Thursday, February 28, we invited Assia to share her story behind the project and what it means to be a documentary journalist.

I grew up in a tight-knit immigrant Arab-Muslim community in the south suburbs of Chicago, where everyone suspected that the phones were tapped, there were cameras posted on the street lamps and FBI agents were staked out in cars around our school and mosque. When I graduated from high school, I moved out and went off to college to become a journalist. In J-school I learned about objectivity, its mythology and sacred rites, about both sides, about the journalistic high ground of distance and how proximity determines balance. All of these things I learned, and I swallowed uncomfortably.

In all of my years as a working journalist, I tip-toed and ducked around reporting on the domestic “war on terror,” scared that I would be accused of bias, believing that my proximity to the story was a disability and would delegitimize anything I had to say about it. I’d also internalized what the story “objectively” told about me as a person of color in America, a racialized narrative that characterized my identity in criminalized and pathological ways. For years, I carried the contradictions of my identity and my career sourly in my belly, Dubois double consciousness as acid reflux, rising up in my throat, choking me every time “national security,” and “the terrorists next door” flooded the US news cycle.

Five years ago I stopped doing radio journalism full-time and began making my first documentary film. I first approached The Feeling of Being Watched weighed down with journalistic baggage. I interviewed my family, my neighbors and my oldest friends with the stiff lip and detached gaze of a professional journalist. I stood in that aloof, comfortable space behind the camera, I pointed the shotgun mic away from my body - arms length from my experience - and I asked the people I grew up with all the wrong questions I already knew answers to. Two things were keeping me at bay: 1) the fear that being a part of this story I knew so well would delegitimize my journalistic work, and 2) it was much safer to ask people questions about their trauma rather than dive into the quagmire of untangling my own. I was, as ever, sacredly tiptoeing.

Then, about half-way into the process of making the film, I started getting some sorely needed support and mentorship, notably from the Chicken & Egg Pictures Incubator Lab and the Firelight Media Fellowship. A few days into one the first filmmaker retreats I had a heart to heart with Yvonne Welbon a brilliant filmmaker and mentor, who gently told me that the way I was telling this story from a distance was obstructing an important truth: that my positionality to the story was, in fact, its strength. She went on to explain how in film, a point of view is creatively valued - a revolutionary concept to me at the time. For so long I’d seen my personal experience as an obstruction to my ability to be a “good journalist,”  I had swallowed the objectivity myth and now in the process of making a documentary film, I was finally exorcizing it.

I moved back home to Bridgeview, and standing inside of my community, looking around, I began to make a different kind of film. I made the excruciatingly uncomfortable move from behind the camera to in front of it, and filmed my entire process. I let the camera into my bedroom, I interviewed my mother and her friends in their kitchens, I grappled with my paranoia in video diaries, and I stood really, really close to the story. I juxtaposed local news footage about “the terrorists within!” with my own family’s home videos, bringing into focus the violence of otherizing, the mechanical cruelty of looking without seeing. I followed the trail of a collective trauma in my community to its root cause: a decades-long FBI domestic terrorism investigation of American Muslims.

And then, I began to investigate like a journalist. I filed FOIA requests, I interviewed government sources off and on the record, I gathered court filings, I scoured micro film, and in between all of that, I filmed myself coping with the not infrequent acidic bouts of double consciousness. Once I met a high-level FBI agent who wanted to speak off the record in a hotel lobby in midtown New York. He spent most of the interview telling me that I was a ghostbuster and not a real journalist, that I was chasing unicorns and that what I thought happened in my community was a product of my own crazy paranoia. Doused in gaslight, I tried to keep my journalistic cool, I stepped out of the lobby, spit up acid on the sidewalk, and walked and cried myself downtown.

Months after I filed my first FOIA requests for all records related to the surveillance of my community, the Department of Justice responded, dismissing my journalistic investigation as a personal project and claiming it was not in the public interest. They refused to classify me as a journalist and stated that my request for records would take at least five years to process. So, I sued the FBI. A year later, a federal judge ruled that not only was I undoubtedly a journalist, but that the issues I was investigating “have extraordinary relevance to today's society and significant questions about privacy rights are implicated by [Assia’s] project.” The same year, I was granted financial support from the IDA Enterprise Documentary Fund, a journalism grant, and for the first time in my filmmaking process, I felt validated as a journalist.

By the time I completed my film, I was battered but transformed. Had I mistakenly gone on to make a “journalistically objective” film, it would have been far less truthful than the blisteringly personal, investigative film I ended up making. I used journalistic tools to investigate the US Justice Department, and I left behind the baggage of objectivity that had mired me for so many years. The myth of objectivity has so often been used as code for the white straight male gaze, and this tyranny of one perspective is used to negate the validity of other points of view. I don’t believe in objectivity; I believe in transparency. We each have a particular lens through which we see the world, and being transparent about where we stand and revealing the seams of our processes is as about as truthful as anyone can get. I believe that no matter what they nay-say, it is possible to make a personal film that is journalistically robust, and that a point of view and journalistic integrity have never been mutually exclusive.

Assia Boundaoui is a filmmaker and investigative journalist. She is a 2019 New America National Fellow and a fellow with the Co-Creation Studio at the MIT Open Documentary Lab, where she is iterating the machine-learning fueled sequel to her film: the Inverse Surveillance Project.

END_OF_DOCUMENT_TOKEN_TO_BE_REPLACED

Poh Si Teng Reflects on Her Long Road to IDA