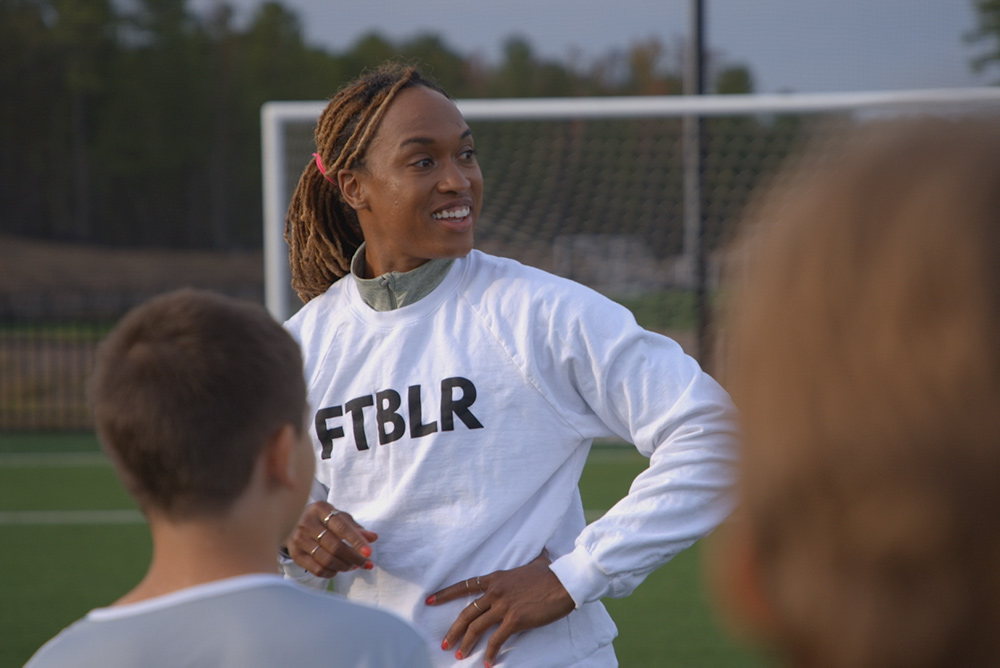 If you feel like starting the week on a sweet note, watch DA Pennebaker and Chris Hegedus’ 2009 documentary Kings of Pastry on Criterion Channel. Join in as the adrenaline runs high in the Meilleurs Ouvriers de France—the Olympics-like intense three-day competition where the best French pastry chefs bake it out.

From France to rural southern India. In Rintu Thomas and Sushmit Ghosh’s Timbaktu, streaming on YouTube, a tiny village in Andhra Pradesh takes over acres of barren land and breathes life into it through an organic farming revolution.

On September 6, 9:00pm EDT, watch another kind of revolution unfold on CNN. Andrea Nix Fine and Sean Fine’s LFG will be playing on CNN in a one-night-only, one-time-only presentation. The documentary captures the multi-year journey of the players’ accounts of the class action pay discrimination legal suit against the US Soccer Federation.

In Rodrigo Guim’s In the Name of My People, available on Vimeo, another phenomenal woman, Afghan activist Malalai Joya, fights for human rights, democracy and women’s rights in her country shaken by 40 years of war. She is joined by other women as they bare their hearts talking about the many atrocities committed against Afghans by Soviets, local warlords, the Taliban and the USA.

A relic of another war, the Berlin Wall, forms the core of Courtney Stephens and Pacho Velez’s The American Sector, now playing on MUBI. Through a “fractured road trip,” the documentary tours the United States and documents the pieces of the Wall that have been installed as public monuments.

As the world continues to reel under a global pandemic, people have begun to wonder if work will ever look, feel, or seem the way it used to be. As US unemployment rises at an alarming rate, a new PBS three-part documentary, Future of Work asks: Will the future provide opportunities for jobs that sustain families and the nation?