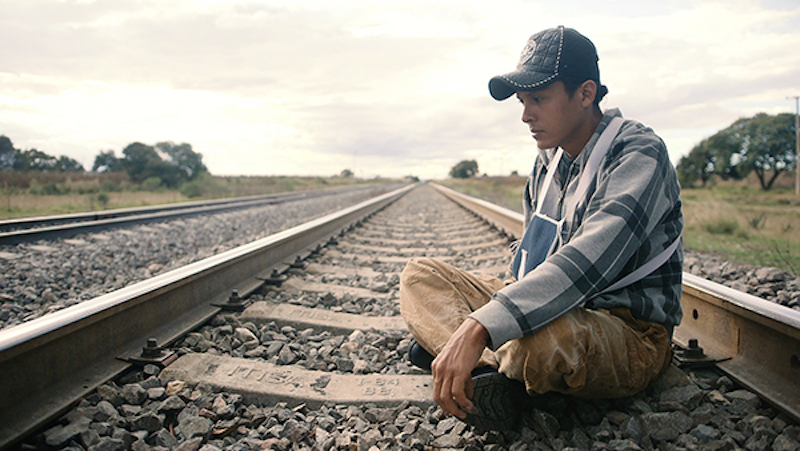 Now streaming on World Channel is Raúl O. Paz-Pastrana’s Border South, which profiles Gustavo Lopez Quiroz, a Nicaraguan migrant trying to cross into America through Mexico, and Jason De León, a US anthropologist seeking traces of others who never made it. Paz-Pastrana assembles a vivid portrait of the thousands of immigrants who disappear along the trail. Border South reveals the immigrants’ resilience, ingenuity and humor as it exposes a global migration system that renders human beings invisible in life as well as death.

In honor of Indigenous Peoples’ Day on October 12, Vision Maker Media is spotlighting Mat Hames’ What Was Ours, which tells the story of an Eastern Shoshine Elder and two Northern Arapaho youth living on the Wind River Indian Reservation who embark on a journey to discover why thousands of ancestral artifacts reside in the basements of museums and churches, locked away by outsiders who do not know what they have.

Premiering October 15 on Topic is Terrance Daye’s Cherish: A Visual Poem, the first episode of One Story Up, a new short-film series curated by Academy Award-winning filmmaker Roger Ross Williams. The series presents one short per month, handpicked by Williams to spotlight talented emerging directors and underrepresented voices in film. The films in the series cover an important range of topics, from coming-of-age stories on race and class, to chronicles of growing up Black in the South. Williams introduces each episode and then returns for a conversation with the filmmaker, covering their projects and their experience working in the industry. Cherish: A Visual Poem looks at Black masculinity, male identity, and destigmatizing mental illness in the Black community.

Premiering October 16 in virtual theaters across the country is Erika Cohn’s Belly of the Beast,  which presents a decade-long, infuriating contemporary legal drama that exposes modern-day eugenics and reproductive injustice in California women’s prisons. In response to the recent report of enforced hysterectomies of immigrant women held in Georgia detention facility, Cohn stated, “The Belly of the Beast film team stands in solidarity with the immigrant women under ICE custody at ICDC who were coercively sterilized, in addition to the courageous nurse whistleblower who came forward with additional evidence.” Belly of the Beast is also screening November 24-30 as part of the IDA Documentary Screening Series.

White Riot, from Rubikah Shah, premieres October 16 in virtual theaters through Film Movement. The film captures the cultural zeitgeist of Britain in the late 1970s, when punk was exploding, the country was deeply divided over immigration and the National Front, a far-right fascist political party, was gaining strength. In response, a team of artists created Rock Against Racism (RAR), a grassroots youth movement that attracted the likes of The Clash, Steel Pulse, Tom Robinson and other top bands of the day. White Riot is a moment in time when music changed the world and a generation challenged the status quo.

Also premiering October 16 in virtual theaters, through KimStim, is This Is Not a Movie, from Yung Chang, which captures renowned journalist Robert Fisk in action, venturing into wartorn territories, ferreting out the facts and dispatching reports to an audience of millions. In an era when journalists are maligned as “the enemies of the people,” Fisk resolves to document reality and speak the truth.

END_OF_DOCUMENT_TOKEN_TO_BE_REPLACED

The Feedback: Erika Cohn's 'Belly of the Beast'

Ways of Seeing: Images and Politics of 'Hale County'