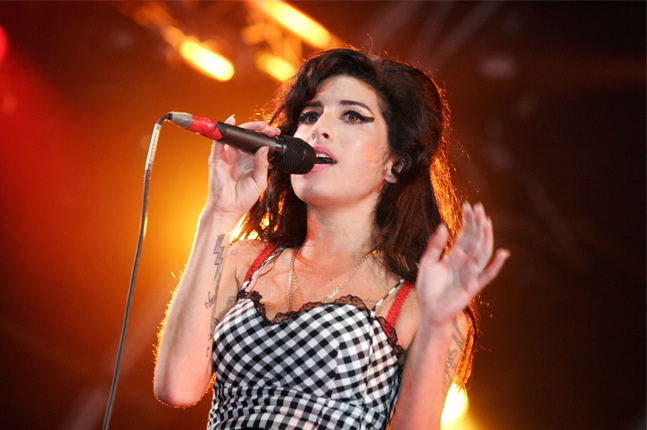 "The more people see of me, the more they'll realize that all I'm good for is making music."

Editor's note: Over the next few weeks, we at IDA will be introducing our community to the films that have been honored by the Academy of Motion Picture Arts and Sciences with an Oscar® nomination in the documentary category. You can see Amy on Saturday, February 27 at the Writers Guild of America Theater as a part of DocuDay.

On September 21, 2015, the IDA screened filmmaker Asia Kapadia's shattering and affecting Amy as a part of the IDA Documentary Screening Series. Now an Oscar-nominee about the late singer Amy Winehouse's struggles with fame, addiction and perfection, Amy has reached into the hearts of more than just her fandom with its intimate and raw look into her personal and public life.

We were lucky enough to have Kapadia in person to speak with Anne Thompson of Thompson on Hollywood after the screening of Amy at the Landmark Theatre in Los Angeles. With Thompson, Kapadia talked through his decision to keep talking heads out of his film, his process of scouring online archives, and the public's complicity in Winehouse's death. You can watch clips from their conversation below.

Our thanks goes out to Indiewire, our official IDA Screening Series partner.

END_OF_DOCUMENT_TOKEN_TO_BE_REPLACED

WATCH: 'Dirty Wars' Director Richard Rowley Explains How to Tell a Global Story Through One Journalist

WATCH: On Gaining Trust with the Subjects of CALL ME KUCHU