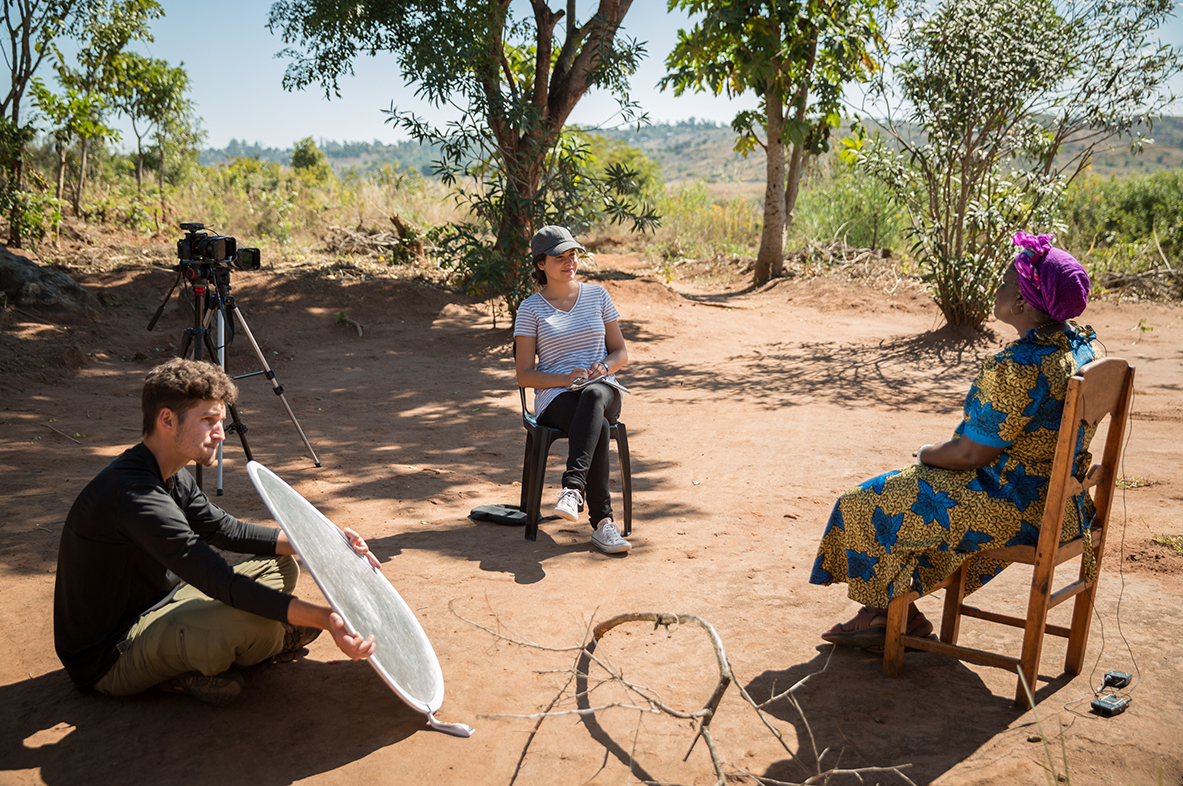 Chapman University's Lawrence and Kristina Dodge College of Film and Media Arts is located in Orange, California—less than an hour's drive from Hollywood. The MFA program in Documentary Filmmaking recently welcomed its new head, Chuck Workman, who has a long history in the documentary world (including a stint as board president of the IDA) as the legendary editor of numerous montage sequences for the DGA and Academy Awards, film trailers and documentaries such as The Source: The Story of the Beats and the Beat Generation and Magician: The Astonishing Life and Work of Orson Welles.

Documentary spoke to Workman and Associate Dean Michael Kowalski, who has been at Dodge since 2000 and is a veteran in sound design. The first students in the documentary program will be presenting their thesis projects next spring.

What are the requirements for admission to the program?

Chuck Workman: We assume they know very little about documentaries—they don't have to send us a sample doc. They could be political science students. But they get a very thorough grounding, especially in the first year—they learn their history, cinematography. They get to make longer films.

Michael Kowalski: We're interested in people who are good storytellers and who bring their own kind of background to the field, people who have things to say.

How is Dodge's doc program different from others?

CW: Dodge's uniqueness is that students, by the end of their second year, will have made a feature-length documentary film. My son's an English major, but he made a feature-length film a year later in the program. We want students to have a film they can take to film festivals, that will get distribution, that will have their name on it. This is a program that our dean, Bob Bassett, is fully on board with.

MK: A difference between fiction and documentary filmmaking is that it's very difficult for students to make a fictional film that can compete with Hollywood. Whereas in docs, they get here the means to achieve the kind of production values that mainstream docs have. Here you can make a doc worthy as anything else out there. The learning curve is shorter.

How does Dodge provide monetary support towards the thesis film?

CW: Dodge provides $4,000 toward the budget. To get it, students have to go through the thesis committee stage and be approved. We had a recent meeting with students, telling them exactly where the money will be sent, what scripts are approved, what the logistics are. If there's any problem, we help them through that. It's not like USC, who can contribute $100,000, but we can add to that $4,000. Some students will be able to make their film just with $4,000. They're using Dodge's crews and equipment, after all. The money usually goes toward video finishing, travel, extra effects or rudimentary animation.

Tell us about internship placement opportunities.

CW: The whole film school is very successful at placing people in internships. Our grad program is very new, so I'm not sure if any [students] are doing internships. At the undergraduate doc level, many students have done internships at various levels and have done well at finding jobs in the industry. Internships are not a requirement but an elective. If a student wants an internship, we can find it for them. But most want to make their own films, not get a job. We do encourage them to get into the commercial mainstream, and there's a track for them. Dodge has a very close relationship with the Hollywood commercial world. I wish I could have experienced that early in my career. 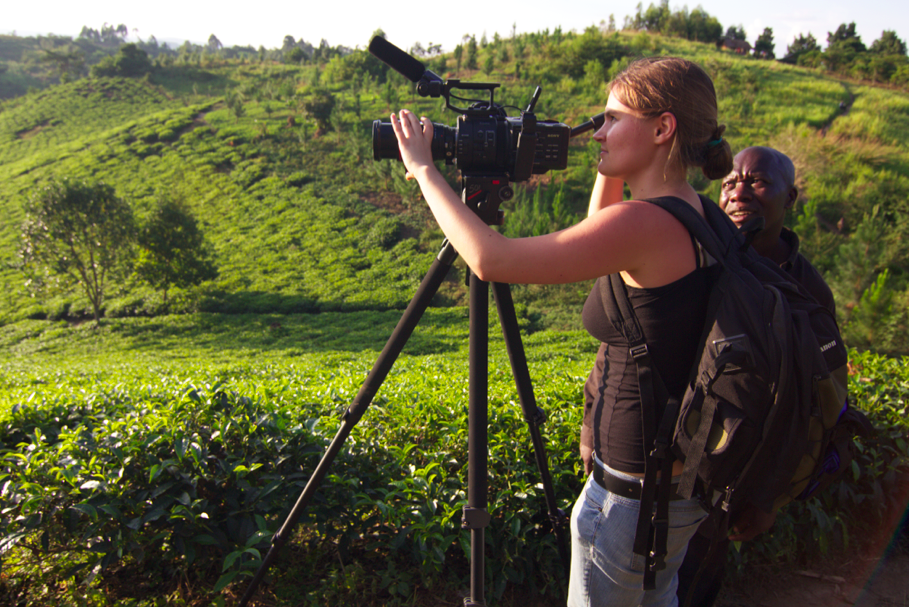 What are the strengths of your faculty?

MK: We're a very young program, and because of that we're not weighed down by tradition. When Chuck came in with new ideas, we said, "Let's do it!" All our classes are new, so we don't have teachers who say, "We've been teaching this for 20 years, so we can't change it." We have a lot of fine adjuncts who are working professionals. For example, Tim Wheeler, a cinematographer whose film Poached was nominated for the SXSW Grand Jury Prize. Being in the Los Angeles area, we have incredible resources in faculty. Working professionals want to share their experiences with young people.

It's critical to stay current, and the only way is to be working. For me it's critical from an aesthetic perspective to see how docs are using tools for sound design. I got to show a segment of a film I worked on that screened at Sundance and show students the issues I ran into. Teaching informs my "deanness"; the last thing I want to do is end up in an ivory tower.

CW: But teaching is a full-time job. I'm always working on something, like writing a book. But you can't say, “This is just my extra job and I'm really a filmmaker.” Most of the teachers at Dodge are primarily teachers. They've made films but they're very involved in the pedagogical world.

Your faculty could be more diverse.

MK: We're currently working on that. Part of it is a reflection of the industry. But when we go out and hire, we look for diversity, not just for its own sake but to expose our students to diverse perspectives. We've gotten better in our searches. For example, Bettina Gilois and Kiku Terasaki are now full-time with us.

MK: There are two associate deans: myself on the teaching end, and Dan Leonard, the chief technology officer, a high position in charge of making sure that our equipment is state-of-the-art and meets industry standards. You're not coming into a stand-alone doc program here; this is part of a film school. So we can give resources of equipment and know-how of other students—for example, those experienced in animation or visual effects—to work with novices. I'll be lining up alums for the sound department. The only school with comparable equipment is USC.

CW: Our philosophy is to be very student-centric. Students have 24/7 access to our building and facilities. If they need to do Foley work at 2:00 a.m., they can do it. Our philosophy with the equipment is the same. We don't restrict its use. If it's available and if a student needs to use it for a legitimate purpose and they know how to use it, they can. In addition to its being state-of-the-art, we want students to use it; it shouldn't go to waste. 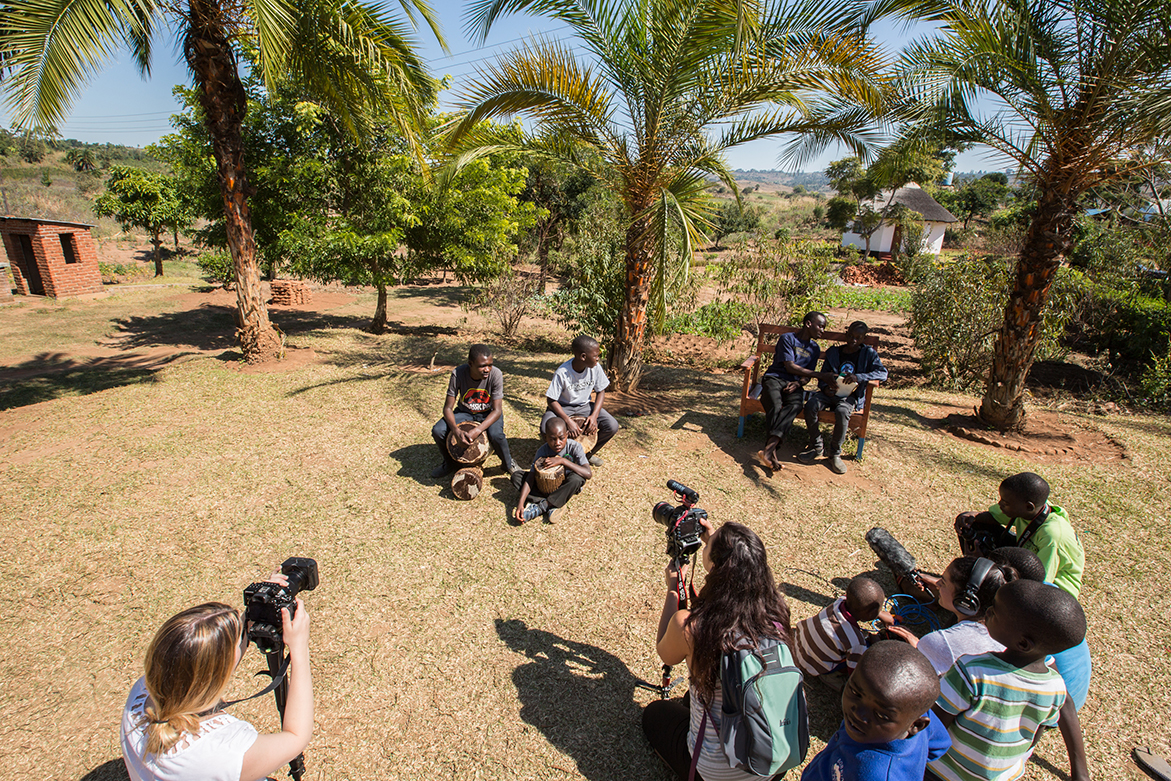 What student works have achieved recognition?

CW: Our students get nominated for Student Oscars.

MK: The MFA program is new, so we won't have our first crop of thesis projects until May. At the undergraduate level we have had films do very well. Gnarly in Pink, about little girl skateboarders, did well at Tribeca and The New York Times Op-Docs site. Among Giants, about an activist tree-sitter, did extremely well. Alzheimer's: A Love Story won Best Student Documentary at Cannes' Emerging Filmmaker Showcase this year.

How does your tuition compare with other programs, and what do you offer in terms of fellowships?

MK: It's very comparable in terms of private schools. Of course, it is more expensive than state schools like UC Santa Cruz. We do have fellowships based on merit. There's a certain amount of money that the university gives us for incoming students, and it depends on how we want to chop it up. We have given fellowships for the full program if students maintain a B average, among other requirements.

MK: A few years ago we opened the Digital Media Arts Center across the street, whose focus is mostly on media arts, a screening room, a lot of animation and digital effects. Now we're opening Chapman Studios West, with a Documentary Center for both the undergrad and grad programs. We will have classrooms and lecture screening rooms dedicated to docs, three editing suites for post-production, editing and sound—a whole building devoted to doc filmmaking that will put us on a level with programs like USC and Stanford.

Tell us about your virtual reality initiative.

CW: We will be cutting-edge in VR. We have a vibrant student club of 80 students, and we have the Institute for Creative Reality, which just started this fall, consisting of faculty interested in the worlds of augmented and virtual reality. We will have funding from the university to buy equipment for the long term. This January we'll have a teacher coming in to teach about the aesthetics and technical dimensions of VR, and we're hoping to follow that up in spring with a class in which students produce VR projects. We'll be reaching across campus departments in an interdisciplinary way to see if other areas can bring content to us. Dean Bassett is committed to making VR a vital part of the doc filmmaking experience. The college is prepared to invest in headsets, editing software—whatever the program needs.