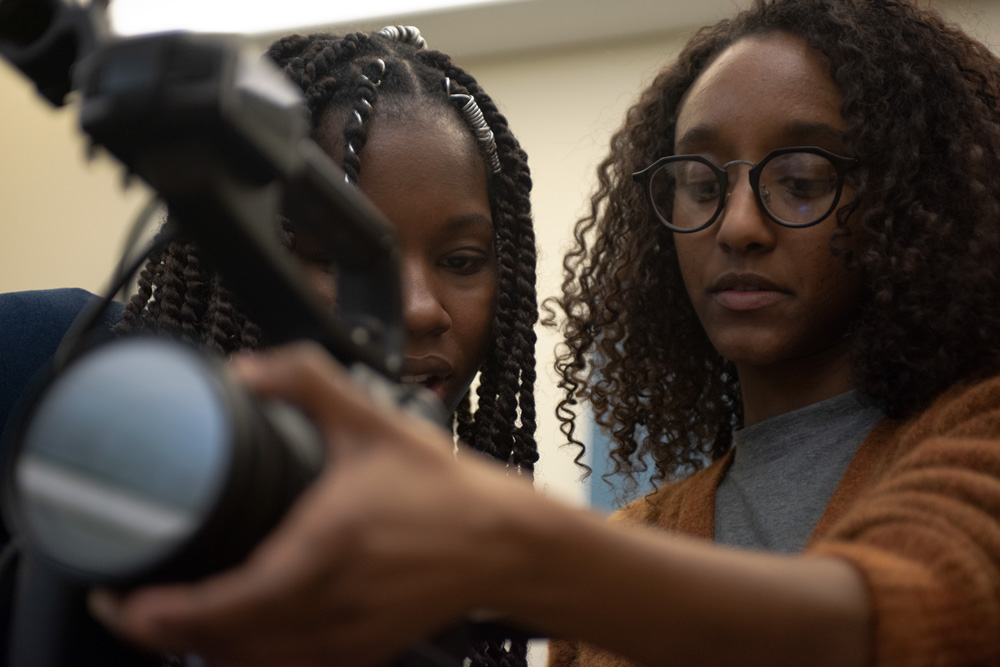 It is no secret that the Fourth Estate has been under attack in recent years. Journalism, once perceived as a noble profession, has been dragged through the muck by right-wing pundits and politicians, its integrity and efficacy called into question by those with little or no integrity of their own. Enter the summer of 2018, when an unlikely and unexpected ally emerged: Craig Newmark, the founder of Craigslist bequeathed $20 million to the Graduate School of Journalism at the City University of New York. Newmark was quoted as saying: “In this time, when trustworthy news is under attack, somebody has to stand up. And the way you stand up these days is by putting your money where your mouth is, and that’s what I’ve done.”

Documentary recently spoke with Yoruba Richen, the founding director of the Documentary Program at the newly renamed Craig Newmark Graduate School of Journalism at CUNY. This interview has been edited for length and clarity.

DOCUMENTARY: CUNY’s Newmark J-School is a lot more affordable than other documentary programs. How else does it differ when compared to other schools?

YORUBA RICHEN: I should mention that I started teaching at CUNY in 2010, so I’ve really seen how the school has grown over the last decade and how it has supported documentary films. What’s unique about our school is absolutely its affordability, especially in a city like New York, but another thing is how much the school has embraced technology. Because it was one of the newer institutions, it started as a multimedia journalism school; it didn’t have to shift or go through any growing pains, really. In terms of the documentary program, honestly, the students came to me and said, “We want to learn documentary film.” And with the support of the administration, we were able to start the documentary class, and the interest kept growing.

D: How many other instructors are there in the documentary program at CUNY? Do you have visiting professors come in?

YR: Bob Sacha is the other professor. He runs the cinematography section and special topics program, and he’s a mentor as well; we have several mentors this year for our cohort of students. This year I am not teaching, but I’m still running the program. I brought in a visiting professor, Michèle Stephenson; she started teaching last semester and is teaching this semester as well. We bring in folks as needed, and they are professors who are world-class teachers and professionals who are working in the field. This really provides a direct opportunity for students in terms of not only knowledge but experience in whatever the field, from print to documentary.

D: Can you walk us through how the program is structured?

YR: The first semester is in the fall, the second semester is in the spring, and then the last semester is the next fall. Students who are interested in the documentary program apply to the journalism school and submit a written statement about why they want to be in the program. They can also submit any video work. Ideally, it’s some kind of documentary, but it could be a short news piece—something that shows their storytelling skills. If accepted, like I said, they come in the fall—everyone takes the same core reporting classes that first semester. We give another opportunity during the fall for additional students to apply. The documentary program begins with the second semester, and that is when they start using the reporting skills they learned in the first semester within their documentary filmmaking. It’s during this part of the program that they are watching and writing about films, and learning about the structure of documentaries and different types of films. We discuss and debate the similarities and differences between journalism and documentary filmmaking. It is also when we start the idea development process for their own documentary shorts—which will be their masters, their capstone projects.

D: The paid internship program seems somewhat unique. Can you tell us how that works?

YR: Over the summer all the students are required to do an internship, and if that internship cannot pay them, the school is able to provide funds. Our doc students in particular are encouraged to start filming their projects in the summer. They have the option to take up to half of the required internship hours and put that towards working on their films, and they can schedule it however they want to. They’re also paired with a mentor, which is great. Before 2019, which is when documentary became a concentration, I was the mentor for all of them. Now, as I mentioned, we have several mentors for this cohort.

D: Once they’re back from summer vacation and their internships, what does the final semester entail?

YR: Ideally when they come back they will have shot a lot of their films, since we get really focused on post-production—there’s an editing class for the entire semester. They have deadlines for rough cuts that they have to meet, and they do whatever additional shooting they need while they’re also learning about color correction, graphics, and working with music. Last semester, through a connection of Professor Bob Sacha, the doc students were able to work with composing students at NYU, which was fantastic, and we hope to be able to continue with that.

D: You use archival footage rather deftly in your own films; do the students have a class or classes on using archives?

YR: We did last semester. I brought in my producer, Val Thomas, and one of the editors, Joseph Borruso, who worked with me on The Sit-In, and we talked about archives and making archival films. It’s tricky in some ways because licensing archival material costs money, and if you’re a student you can’t just declare fair use. You have to have a lawyer if you want to make work that can go out there beyond just school use. But last semester, the Associated Press did give CUNY and the J-school access to their archives for in-class usage, and I think they’re doing it again this semester.

D: Would you say the typical CUNY documentary student is investigating topics of social justice, or do they have a broader focus?

YR: I would say that the typical documentary student, if there is such a thing, is interested in social justice, but also in adhering to journalistic standards and really using their reporting skills in their filmmaking.

D: How are the students and staff responding to the backlash from “fake news”?

YR: What I’m amazed about is that even during this time we’re in, with the challenges around the demonization of the media, and a distrust of the media, the students are even more engaged and driven to be journalists and to tell the stories of the world, to tell and report stories that make a difference.

Tom Gianakopoulos is a contributing editor at Documentary. In an asynchronous reality, he teaches English and communications for American Career College in Los Angeles, and in a virtual reality, he teaches film studies and creative writing for the Novel Education Group. At present, he has given up on the hope of returning to on-the-ground teaching.