Doc Star of the Month: Reid Davenport, 'I Didn't See You There' 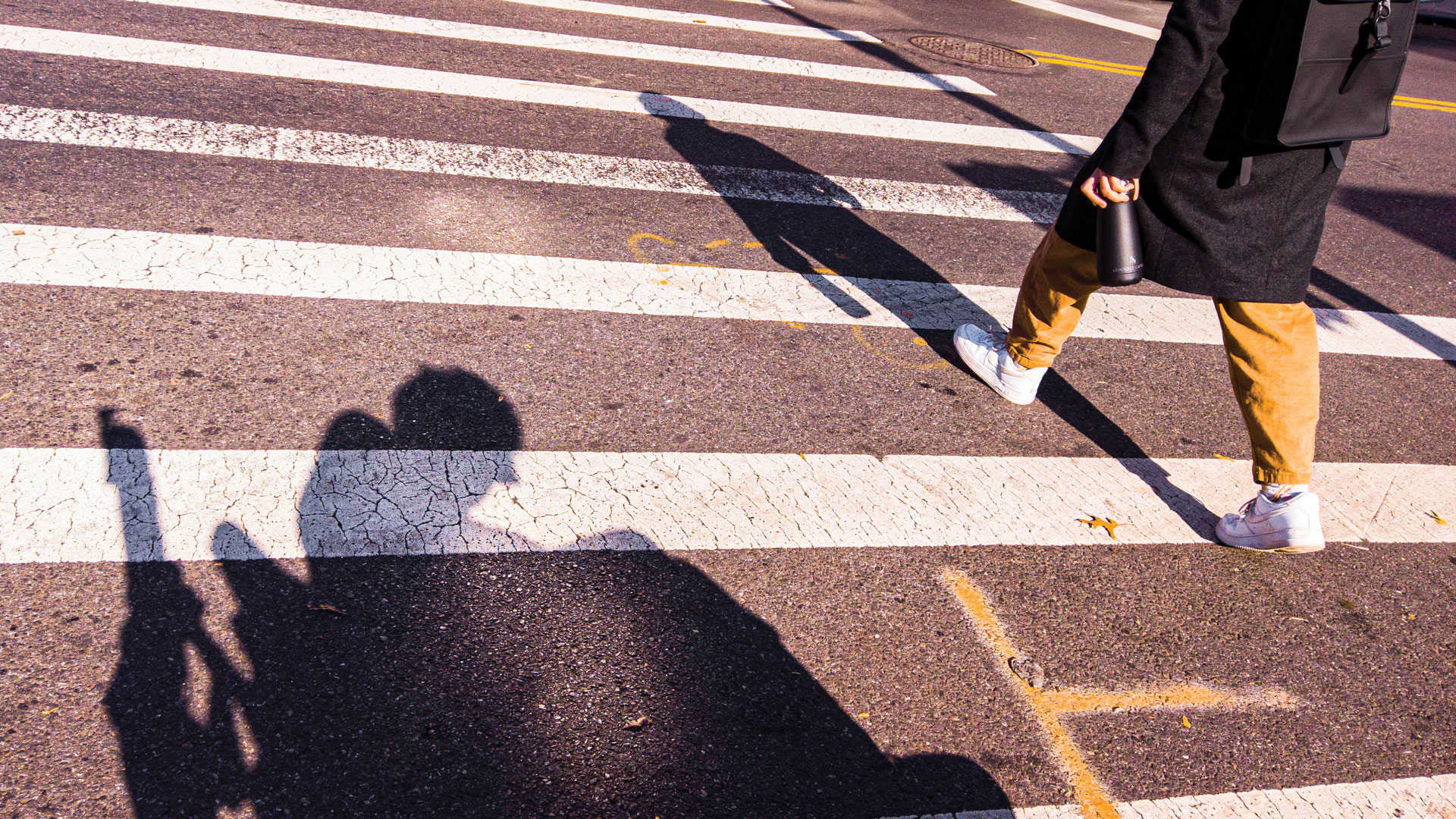 Winner of the Directing Award for US Documentary at this year’s Sundance Film Festival, Reid Davenport’s debut feature, I Didn’t See You There, is, according to the Stanford-trained filmmaker, a doc “about disability from an overtly political perspective”— i.e., the kind of cinematic project the TED fellow and one of DOC NYC’s 2020 “40 Filmmakers Under 40” has long been pursuing with his accolade-laden shorts (A Cerebral Game; Wheelchair Diaries: One Step Up; Ramped up, et al). And it’s equally an art film; informed by the personally lensed work of visionaries ranging from Chantal Ackerman to Kirsten Johnson to RaMell Ross, I Didn’t See You There is, as the director-DP also puts it, “an invitation to see through my eyes.” In other words, an offer any passionate cinephile would be unlikely to refuse.

Indeed, Davenport is even willing to serve as our narrating escort on this mesmerizing, at times magical realist, journey, whisking and wheeling us via his camera-mounted wheelchair from today’s fast-gentrifying Oakland—where one day, in rather Lynchian fashion, a circus tent inexplicably pops up outside the filmmaker’s apartment—to sleepy Bethel, Connecticut (the shared hometown of Davenport and 19th-century impresario/freak-show progenitor P.T. Barnum), tracing and subtly interweaving personal and political history along the way. It’s also a film in which the director serves as his own protagonist, and thus presents the perfect excuse for Documentary to feature the filmmaker as our September Doc Star of the Month.

I Didn’t See You There premieres theatrically on September 30 at the just-opened, New York City-based Firehouse Cinema, run by DCTV, followed by a broadcast premiere on January 16 on POV.

DOCUMENTARY: So why place yourself both inside [as narrator] and outside [mostly off-camera] the film? Was this always the plan?

REID DAVENPORT: Yes. People are usually seeing me but not hearing me, so I wanted to do the opposite. I really just wanted to show how a disabled person does—or does not—fit into society, and how disabled people need to adapt to be “palatable” to society. I wanted to present an approximate version of my vision, without giving viewers the “satisfaction” of looking at me.

D: Even though we get a personal sense of who you are from several interactions with your family [and one friend], we’re not really privy to much of your backstory. For example, we know you moved to Oakland, but I only learned that you’re a Stanford grad from the press notes. How did you decide which parts of your life to reveal and what to keep off-screen?

RD: This isn’t an autobiography. This is a film about me in a specific place and time—or, I should say, a version of me that doesn’t exist in real life. It’s a specific version that you see on-screen.

I think I was pretty opaque. If people think they know me by watching the film, they are mistaken. I included what I included in order to make certain points. I purposefully took out what I thought the audience wanted to know—to make them question why it is they wanted to know that. 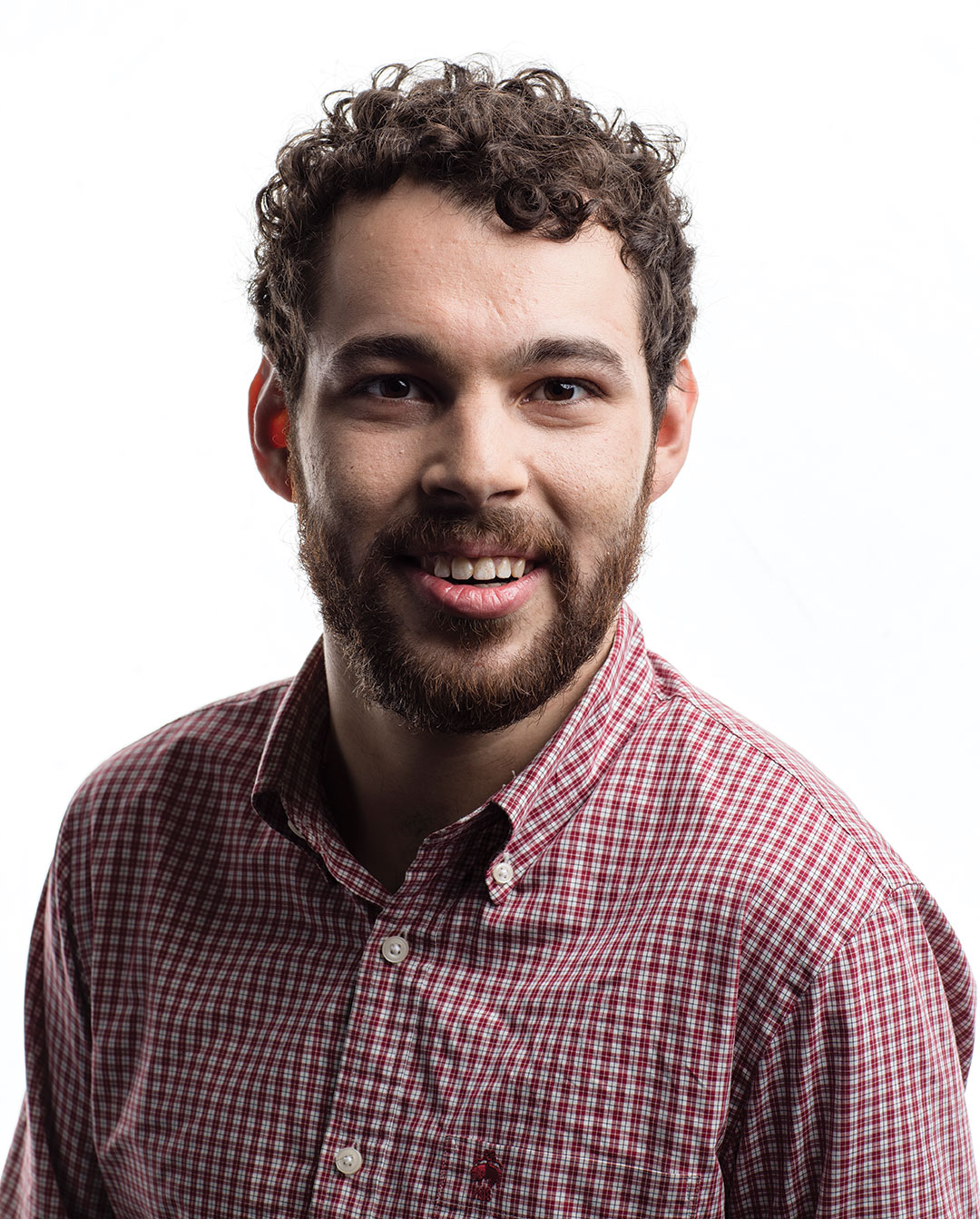 D: Were you maybe thinking of yourself as a character that you were creating on film?

RD: Yes and no. I think character came in in the editing process. When I was shooting, I didn’t know exactly what form the footage would take. I wanted to capture visually what I thought was compelling—what would help me cut a story. I didn’t necessarily see myself as a character as I was creating. Yes, what you see onscreen is a character, but I wasn’t necessarily thinking of this character as some sort of alter ego.

D: What are the biggest challenges—physical, emotional, mental—inherent in creating self-focused work?

RD: I really think this film is a completely different piece unto itself—simply because of the attention it has gotten. And because it’s feature-length. I became aware of answering questions outside the film—questions about my life beyond what I actually show you. I think that’s one of the points of the film. I really don’t owe anybody any explanation.

I’m not using the film as a jumping-off point to talk about my life. In an odd way, this film is just a film. I think focusing on that and being as non-prescriptive as possible is how I want the film to be received—which has been a challenge.

D: I was also quite blown away by your stunning cinematography. The images are so strong that the doc really could have worked equally as an experimental film, without any narration at all.

D: But then I realized the “overtly political perspective” might have been lost. So how do you balance the message with the medium? Do you start with a concept or image?

RD: It’s a great question—and it’s a balancing act. I don’t believe I have a set process. At least not consciously. For this film I definitely started with image. When I started I wasn’t sure this was a film. I thought maybe it was a media installation. Or a social media series. I really didn’t know what it was.

So I started with the image—and then the circus tent went up. And even then I still didn’t know if I could use it. But it was so beautiful and bizarre and disturbing that I just kept on shooting it; I kept on thinking about it. So the circus tent, and what it represented, was always on my mind. I wasn’t sure what the commentary would be, but I knew that would be the first piece of the skeleton, beyond just the visuals.

D: So this was a different approach from your other films, then?

RD: Yes, this was different from my past films. This was my first independent documentary not in a school setting. So I had time to explore, process, hit possible dead ends. I didn’t have to be so rigid and organized. I was able to go back and forth in all directions. I had time to figure out what it wanted to be. 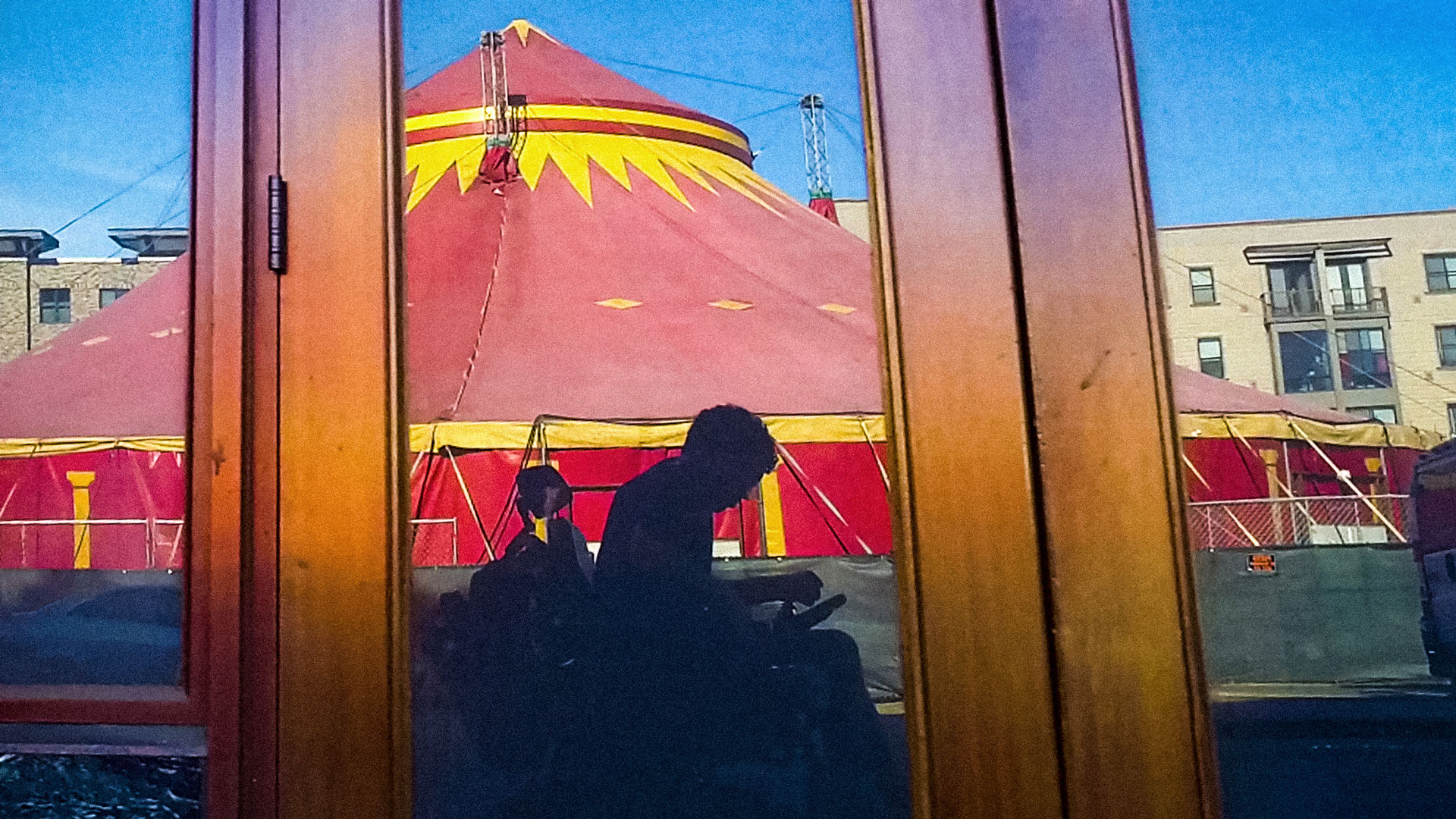 D: I’m likewise interested in this idea of “ethical purgatory” that you address. Because your physical movement is restricted, you choose to live in urban areas with robust public transportation—which inevitably puts you in the uncomfortable position of being one of the financially able gentrifiers moving into impoverished communities that are likewise physically restricted [due to systemic racism]. How does this complicate the intersectionality you so clearly care about?

RD: I think you always grapple with that. But it doesn’t really matter how I feel, right? It matters what my impact is. It’s something that I try to keep in my mind. I think we could all do more. It will never be resolved. I think mitigating damage or trying to become an asset is all we can do, and to be aware of our own actions.

D: It also seems that your self-described “intense” nature is a sort of intersectional rage—one that women, BIPOC, queer [and anyone whose POV doesn’t conform to that of the straight, white, non-disabled cis male] might share. It’s exhausting to be around powers-that-be that consider their own idiosyncratic point of view “neutral” or "benign"—and one to which all must conform. So do you see your filmmaking as therapeutic, a way to perhaps “channel” righteous anger?

RD: For sure. Though I do have to say, My past personal films were more therapeutic. And I think I’ve just realized why this film feels a bit more painful. In my past work—whether it was going to Europe to figure out access or growing up and having a passion for baseball—those two films were both about a finite period of time. The issues I explored in I Didn’t See You There are still happening. They are still not resolved. It might be doing good for me personally, but it also feels very raw.

And going back to this idea of intersectionality—I think I have more leeway as a white man to express my point of view. There’s always that. It really never ends. So returning to your comment about idiosyncratic points of view—yes, of course.

D: And maybe all we can do is acknowledge that idiosyncrasy.

END_OF_DOCUMENT_TOKEN_TO_BE_REPLACED

Disability and Film Festivals: The Secret and the Not-So-Secret Complacencies

Calling the Shots from a Wheelchair: A Filmmaker Reflects