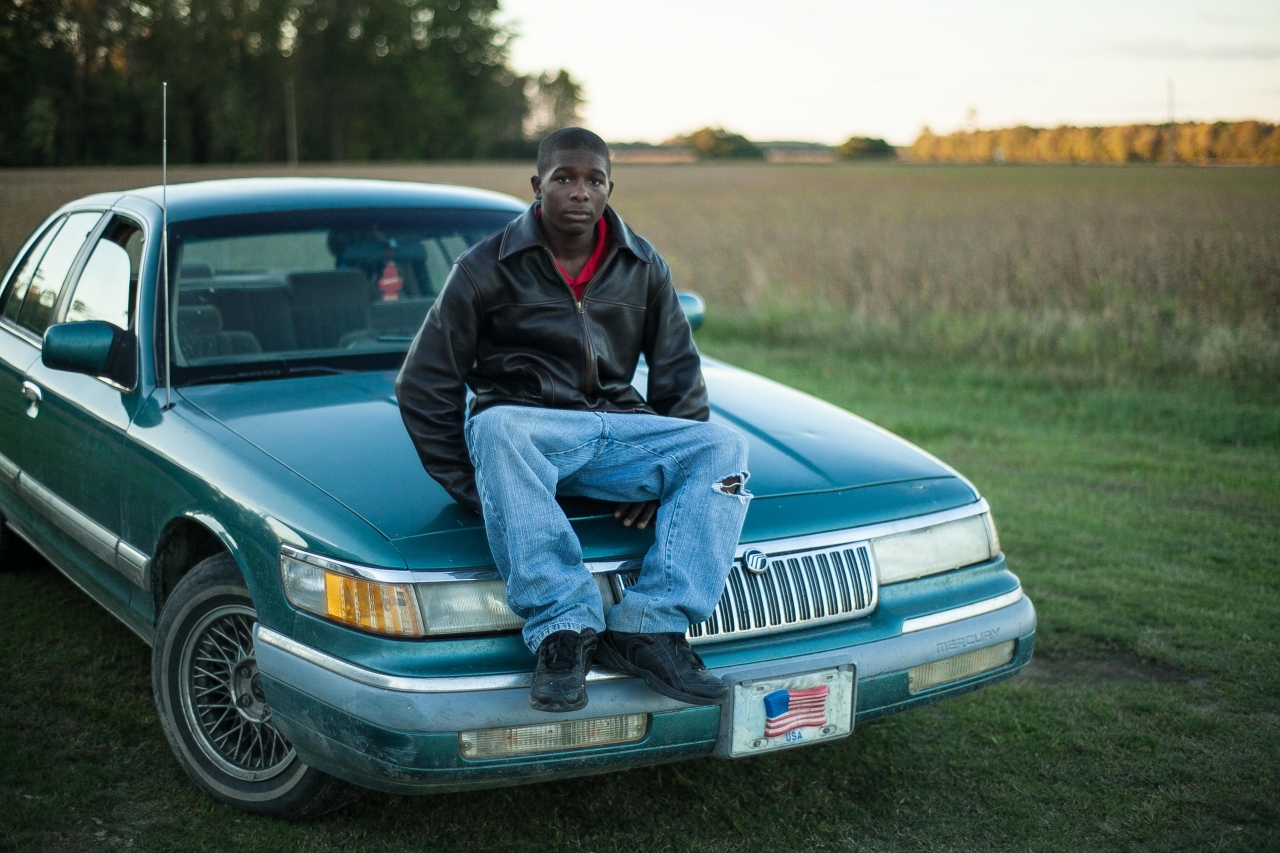 Margaret Byrne's Raising Bertie (executive produced by J. Cole) is an intimate, six-year journey into the lives of three young, African-American men. Like others their age, Davonte "Dada" Harrell, Reginald "Junior" Askew and David "Bud" Perry face such daunting tasks as finishing high school, finding steady employment and navigating the rollercoaster ride into adulthood. That they attempt to do all this in rural Bertie County, North Carolina—where every odd is stacked against them—is both admirable and enlightening (at least to those of us residing in our urban and coastal bubbles). And it’s what makes these three determined southerners this June’s "Doc Stars of the Month."

Documentary had the honor of speaking with Dada and Junior (between work shifts) and Bud (still recovering from a car accident!) prior to the film’s June 9th theatrical premiere at Maysles Cinema in New York City, through Gunpowder & Sky Distribution and Kartemquin Films. The film also airs on POV on August 28.

How did you meet Margaret—and what made you trust her with your story?

Dada Harrell: I met Margaret a few years back at The Hive [an alternative school for at-risk boys] with Ms. Vivian Saunders [the school's executive director]. And Ms. Saunders told us they were gonna be doing a documentary about our lives. At one point in time, I really didn't feel comfortable telling my story. But then as the years went by, Margaret and Jon [Stuyvesant, producer/DP] had made a connection with me and I couldn't turn my back against them 'cause I trusted them so much. The connection we had, it wasn't like with a stranger. It was like a brother or sister.

Junior Askew: Margaret and Jon came to The Hive to film and they seemed like trustworthy, cool people. I can just tell if people are real or if they tryin' to use you, and I could tell that they were trustworthy people. They were my first white friends. The white people I was going to school with, they stuck to their kind. They might have had a few black friends, but I wasn't one of them. Margaret and Jon were always around, and it was always a good thing. It was cool to see their culture, and after awhile they were friends for real. They took the time to know our people, and when we weren't filming we got to know them too.

Bud Perry: I met them at school, at The Hive. I trusted them 'cause they spent time with me. We were always chillin' or goin' out together. Some days I ain't want to be filmed, but I did it. I liked it, though. They all put up with me and stuff, 'cause sometimes I didn't want to do it. Sometimes I had an attitude and they all put up with it and they still filmed. They cared about me, and it made me better in a way. They told me to be all I can be and be myself.

The film was shot over six years—a long time in a young person's life. What were the positive and negative aspects of coming-of-age in front of a filmmaking team?

DH: The positive is how I saw myself grow. And to me there really wasn't a negative 'cause I learned from all my mistakes and I grew from them. I grew from what I saw.

My story is important'cause I'm not the only person that's goin' through what I've been through. A lot of people don't have the opportunity to share their story. That's the most important thing, that I done it.

JA: To me their job was really interesting. They were from New York, and back then I hadn't ever been to New York. Just gettin' to know them was pretty fun. I liked being around them. Making this documentary kept me busy and gave me something to do. Really, the only bad part was when I started dating my girlfriend and I just didn't have as much time for the film, 'cause I wanted to spend time with her. 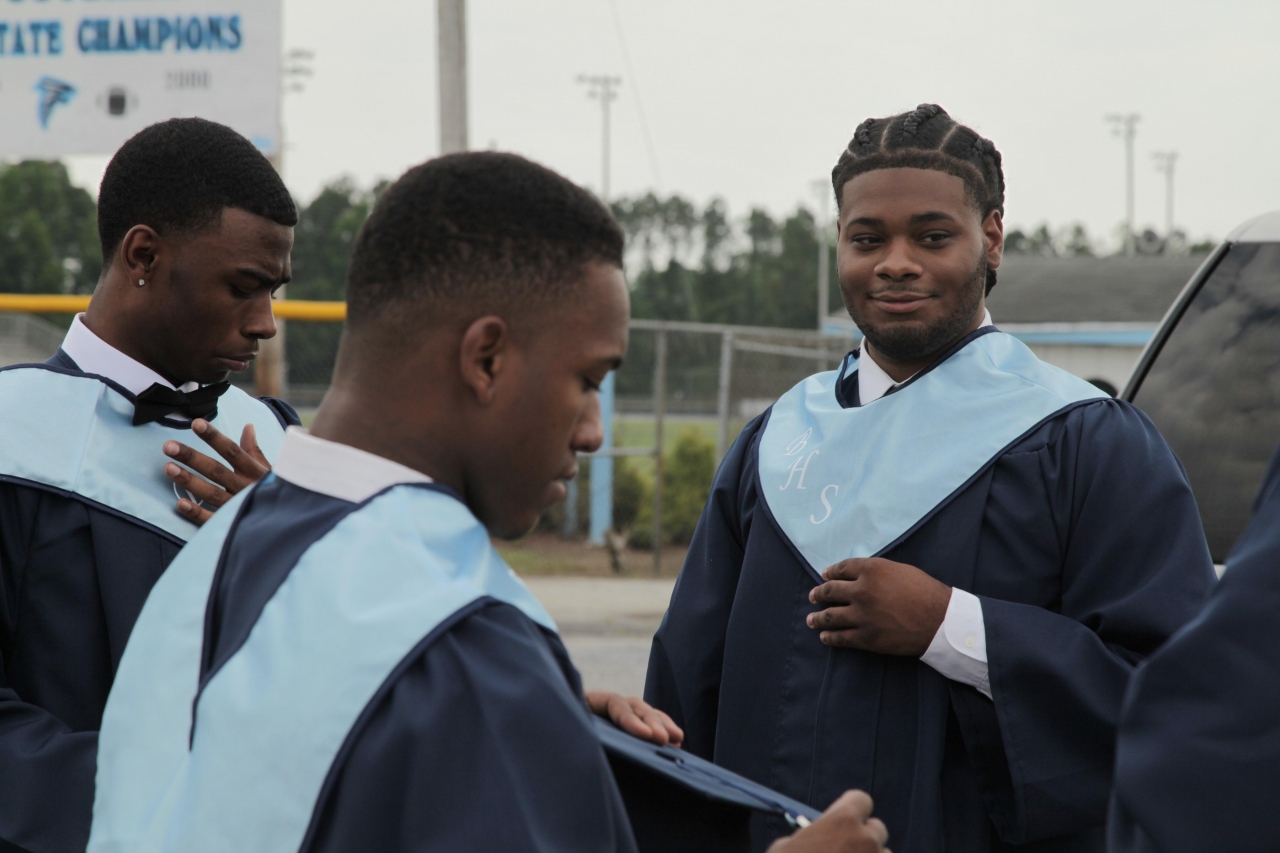 What is your favorite scene in the film? Any scenes you wish had been cut?

DH: My favorite scene in the movie is graduating high school, 'cause I never thought I would make it that far, graduating, but I pushed myself to do it. I wouldn't cut anything 'cause that’s life; you can't go back on life. There were mistakes I made, there were positive things 've done, and there were the negative. But that's just part of being a young adult; you gotta learn from your mistakes.

JA: My favorite scene is when I was trying to get a job and my mama was helpin' me fill out the applications, 'cause that's when she stopped babying me and told me I needed to grow up. I was 18 and I was very dependent on her and that's serious stuff. Can't no one do that for me—fill out my applications; that's grown folk stuff. That's when she started treating me like an adult.

I wouldn't have cut none of it, but there were some things that I was glad they didn't put in because it could have been hurtful to other people.

BP: I like all the scenes. I just wish they'd put my prom night in the movie. Other than that, I like the movie the way it is. I wouldn't change anything else.

Do you feel the film accurately portrays you and your community? Anything you'd do differently if you were in the director’s chair?

DH: The film is very accurate. There's not much in Bertie, so this is the situation you're gonna get. If they had more here, people could do more. But it's just little old Bertie.

JA: Of course there’d be some things I'd do differently 'cause we all see things differently. But the story would have been the same 'cause we are who we are, and we would have done what we done anyway. If I had directed the film, I would have filmed the white side, too, 'cause I want to see how they are livin'. I'd have showed both sides.

BP: I'm myself in the movie. I wouldn't do anything different. I'd just keep it like that. 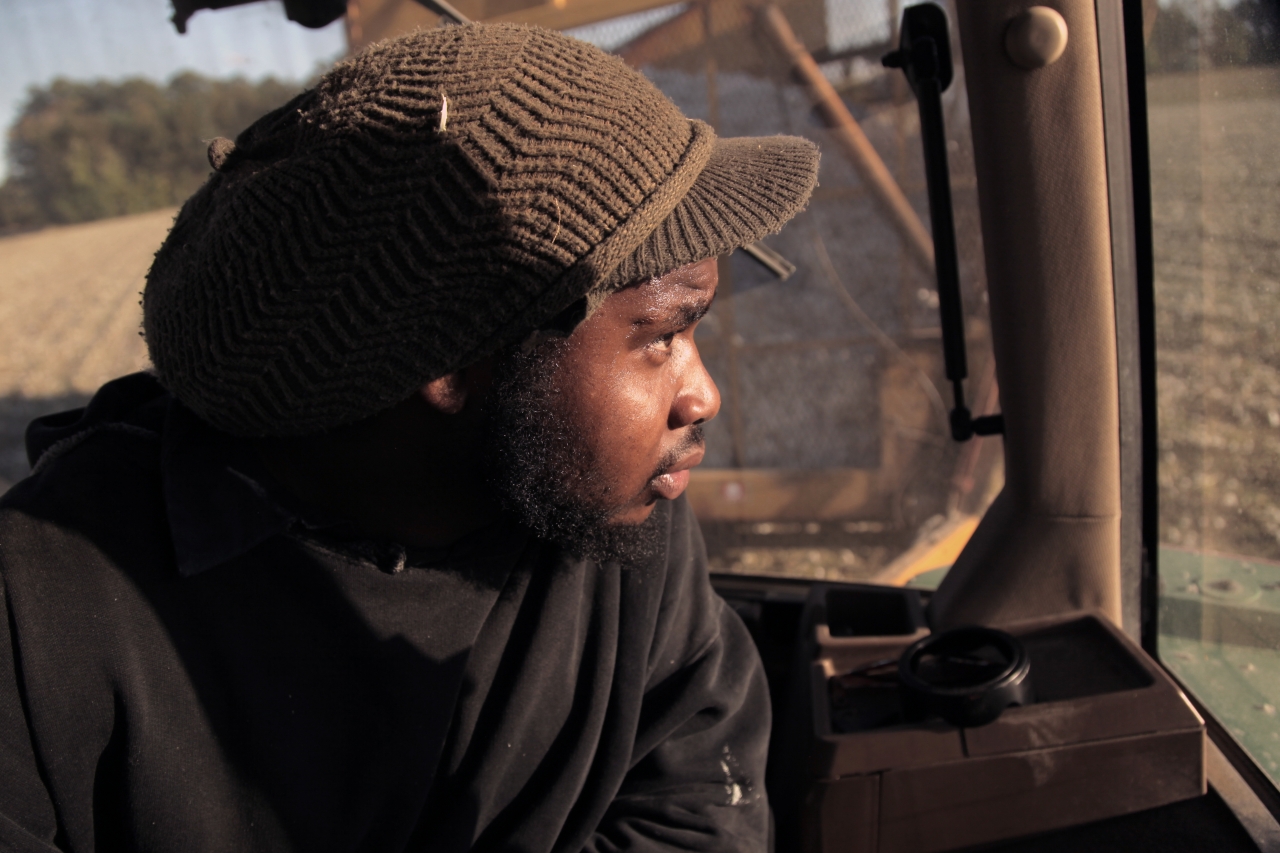 Did making the doc change you in any way? What’s life like for you today?

DH: Doing a documentary changed me a whole lot. I used to be the shy type, didn't say much to nobody. But now, I'll speak in front of a crowd; it really don't phase me no more. Life has been good. I'm working at Perdue [chicken processing plant], but I'm trying to find another job. I've learned how to be a man. I'm living on my own. I have a baby on the way now, so that's more responsibility, but still, I'm gonna keep busy doing the same thing I'm doing now. Most important thing, I'm just gonna keep living day by day, living life, enjoying life. I still want to be a barber. I'm just trying to find me a job, something I'd like to do. I'm trying to do more and find better.

Now that I'm older, the way I look at things, I like to see where people come from. I like to see their background and hear their life story. I like all races, and I want to know their stories. People are interesting to me 'cause everyone got a story and everyone has gone through something.

Basically I'm taking life one day at a time, being a father, being a family man. I'm trying to be more responsible, tryin' to just be a man, you know. I started at Smithfield [meat packing company] when I was 20 and I been there five years now. And one day, about a year ago, it hit me that I could move up at work. I don't have to be just a line worker. So I got my pallet jack license and I don't work the line no more. Now I be tellin' people what to do.

When I look back at my own childhood times, those were the good days and I want to be able to create that for my son. Junior is gonna be two soon, he's a very cool kid. A little hard-headed, but what two-year-old boy isn't hard-headed? He's always smiling, everything's fun to him, he has no worries. I want him to just enjoy life. I want to give him everything he needs, but also to teach him the importance of work—you can't just get the things that you want and not work. And I want him to finish school. He gotta finish school.

BP: I been in the hospital for two months. I just got out. Stuff happened and now I gotta get it back together. The greatest thing in my life is being a father, though. I see her about every day. I just want to spend time with her. Being a father is the most important job in my life.