Facing the Cameras: Choices for Filmmakers at NAB

Let's examine some current cameras suitable for the documentary moviemaker, as showcased at the National Association of Broadcasters (NAB) Convention held last April in Las Vegas.

The Sony XDCAM HD model PDW-F350 is being replaced in late Fall 2007 by the F355, which will be able to record to both the current single-layer discs, like the F350, and to a new dual-layer disc, for double the recording time. The F355 will also play out 1080/24p from the HD/SDI port, so you can review the 24p footage you've just shot; the F350 only outputs 60i from the camera.

The F355 will also output letterboxed NTSC (standard definition) to match with legacy SD cameras on multi-camera shoots. XDCAM HD cameras record about 66 minutes per disc ($30 list) at the best recording bit rate of 17-35 megabits per second, with uncompressed audio, compared with Sony's HDV format (which the XDCAM HD cameras can also record) recording at a fixed bit rate of 25 megabits/second, with MPEG-2 compressed audio. Quick access to recorded material; the ability to shuttle through, delete or trim clips, without worrying about accidentally recording over material; and 50-year archiving from the original discs: These are all very compelling reasons to try XDCAM HD. The Sony PDW-F330, devoid of the over/undercrank (slow/fast-motion capture) feature, has a smaller viewfinder, but the image quality is the same. An XDCAM HD camera recording 4:2:2 50 megabits/second was shown in prototype form at NAB; delivery may be in late 2007, and price point is guessed at $50,000.

Sony's answer to Panasonic's HVX200 is a chunky camcorder recording to two 16GB Express cards, an hour per card. The camera's features include three 1/2" sensors, native 23.98p (24p) recording, over/undercranking and HD/SDI output. Since most modern laptops have dropped PCMCIA card slots in favor of those for the new Express cards, which permit a slightly higher data transfer rate (800 mbps, compared to 640 mbps), this seems a logical move.

Completing Sony's offering to indie moviemakers on a budget are three HDV cameras: the big and bulky five pound Z1U, popular since its introduction in early 2005; the tiny A1U, with its single CMOS chip of 1080 x 1920 pixels, producing a noticeably higher resolution than the Z1U when the sharpness control is turned down, which it needs to be for a film-out; and the HVR-V1U, with three CMOS chips and impressive resolution and highlight handling. Sony's first small camera to record in true progressive scan 24p, the HVR-V1U feels ergonomically like the old PD150. It can record to the HVR-DR60 hard drive for up to 4.5 hours non-stop, using the tape as a back-up.

Panasonic's AG-HVX200, a solid, rather heavy handycam recording to P2 cards, continues to sell, and with the 16GB P2 cards now shipping, the recording time is 40 minutes per card of 720/24pN footage.

The Panasonic AJ-HDX900 has a native 720 chipset and upscales in camera to offer the option of recording in 1080. One great feature of the AJ-HDX900 is Dynamic Range Stretching (DRS), which reduces overly bright areas in the image, such as bright skies. The new AJ-HPX2000 has a similar chip set, but records to five P2 cards, giving a maximum recording time in 720/24pN of 200 minutes before you need to upload the footage to either a computer or a P2 store in the field.

The Varicam continues to be sold, although the AJ-HDX900 and the AJ-HPX2000 actually shoot a cleaner image, with less noise in the blacks. That, plus the DRS and 60p recording, enabling easy slo-mo in post, are potent reasons for considering these cameras.

The Panasonic AJ-HPX500 is a bargain price at $14,000. Recording 32 formats, and variable frame rates, it uses the new CAC (Chromatic Aberration Correction) lenses to automatically correct aberrations. Capitalizing on the success of the AG-HVX200, this camera is a sure-fire winner for indie shooters. Although it records in 480, 720 and 1080, the chips are similar to the 540 x 960 sensors in the HVX200, but being 2/3" instead of 1/3" chips, and with broadcast-quality lenses from Fujinon and Canon producing a better image than the HVX200. The AJ-HPX500 is also more sensitive than the HDV cameras for shooting in low light.

The Canon XL H1 records 1080 x 1440 HDV, has interchangeable lenses and a great facility to "paint" the camera to get exactly the look you want. Its two small, handycam-sized cousins, the XH A1 and the XH G1, use the same chip set, but the smaller, lighter cameras have 20:1 zoom lenses. Faster (more sensitive in low light) than the Sony V1U, the A1 might be preferable if available light shooting is important. If you need more professional HD/SDI, get the more expensive XH-G1; it has the same "JackPack" connectors as the XL-H1. All the Canon cameras record what Canon calls "24F," derived from the 60i originating chips.

JVC continues to offer the GY-HD110U, GY-HD200U and GY-HD250U--all 720p, progressive scan, 3-chip shoulder-mounted cameras. Configured like a full-sized, shoulder-mounted camera, but with only 1/3" chips, the camera (and lens) size is smaller, making for a delightful handling experience for those of us finding a regular production camera a tad heavy. The JVC models have a focus aid that works even better than peaking for very positive focusing, but no auto focus like the Canons. The GY-HD200U and GY-HD250U can flip the image back to normal--necessary if you are using a 35mm prime lens on a Red Rock Micro or a JVC PL lens adaptor, which permits the use of lenses from 16mm cameras.

At NAB, people were lining up around the Red Booth to see the short movie Peter Jackson had shot on two Red cameras in New Zealand. Projected from the 4K original, the quality was outstanding. As Richard Bluck, the New Zealand cinematographer on Jackson's movie, pointed out to me, "You need an excellent focus puller for 4K." The Red is definitely a product to watch; the camera, yet to hit the marketplace, has already attracted over 3,000 deposits of $1,000. The list price is under $25,000 for the camera and viewfinder, but no lens. If you add 35mm lenses to taste and the very latest Apple computer and software, you've got a stunning digital cinema package. The Red should be available by the time you read this, but there will be a long waiting list!

Robert Render Harrison is an independent producer living in Novato, California, currently working on a documentary series on American Indian arts. He is also a cinematographer, Steadicam operator and stills photographer, and does "very English" voiceovers. 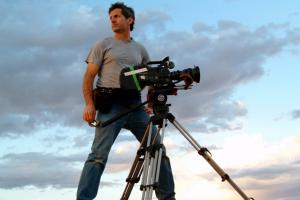 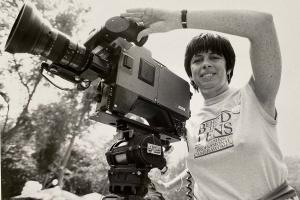 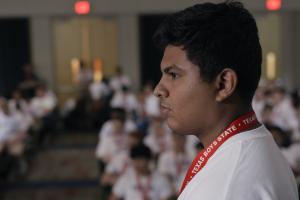 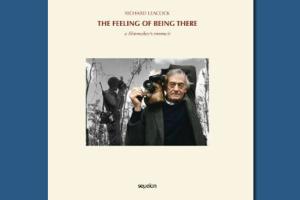 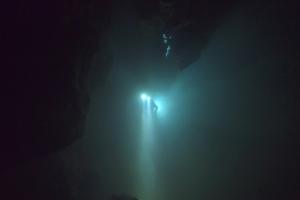 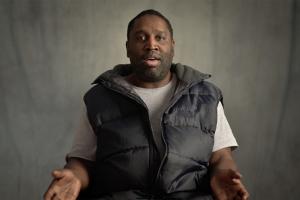