The Ins and Outs of Educational Distribution 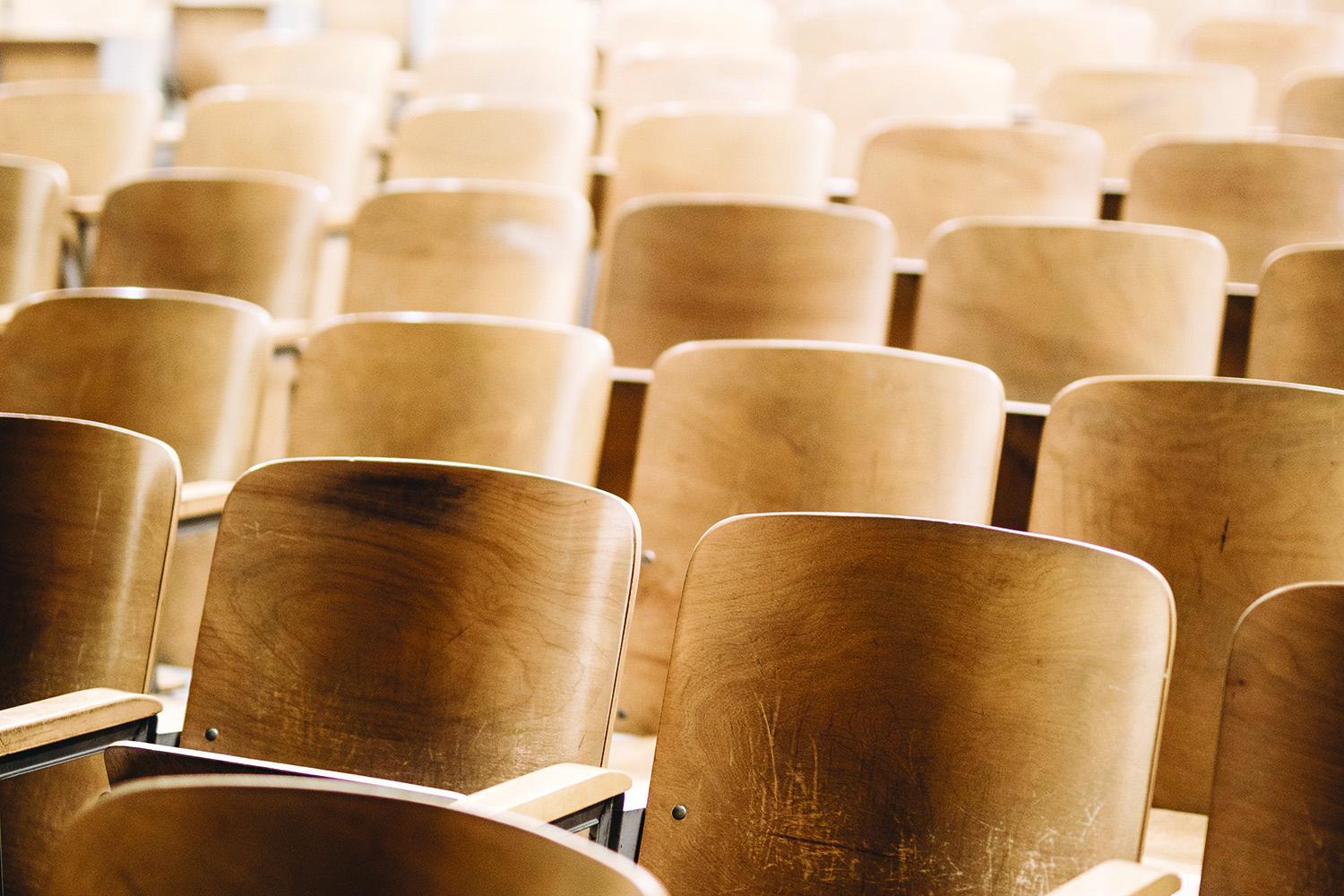 To generate income and engage new audiences, documentary producers are increasingly turning to educational institutions to distribute their content. This marketplace is immense and potentially lucrative. It is also diffuse and especially challenging for filmmakers and producers to navigate. Recognizing this, many producers (and some all-rights distribution companies) rely on specialized educational sales agents and distributors to sell, rent or license their films into this distinct arena.

Although educational distribution agreements have much in common with all-rights contracts, some considerations are unique to the educational marketplace, including those discussed below.

What Are Educational Rights and How Are They Monetized?

Within the framework of non-theatrical media, educational rights include sales, licenses and rentals to schools, colleges, universities, public and academic libraries, community and nonprofit organizations, museums and houses of worship. Most all-rights film distributors do not have the in-house capability to service these numerous far-flung customers, and have not developed their own technological platforms, which is why they often delegate these rights to educational sales and distribution companies for sub-distribution. Sub-distribution often comes at a steep price, however. The primary distributor will occasionally add the educational sales commission to the existing distribution fee, which greatly reduces the flow of revenue to the producer. For this reason, producers are encouraged to reserve non-theatrical/educational rights from their primary distribution arrangements and to contract for these rights with a specialized education sales agent or distribution company directly.

How Are Distribution Fees and Expenses Handled?

The educational market is decentralized and relationship-oriented. The money and time invested for each sale can be considerable, since sales companies must attend annual academic conferences, markets and festivals to meet with buyers and pitch them on new titles. When they are not traveling, sales agents spend hours contacting buyers and sending emails to follow up with customized arrangements. Given the labor-intensive effort required for each transaction, most sales companies charge a substantial commission—often in the range of 50 to 70 percent of gross receipts (all monies actually received by the agent from the distribution license, sale or other exploitation of the documentary). Many, but not all, educational distributors will also charge producers for actual, out-of-pocket expenses such as DVD replication, digital encoding, and the creation of marketing, advertising and discussion guide materials. These costs are usually recouped “off the top” by the distributor prior to any distribution of payments to the producer.

What Is an Appropriate Sales Agreement Term?

Unlike all-rights distribution agreements, there is no customary time frame. These commitments can extend beyond 10 years or end on 90 days’ written notice. Producers are encouraged to negotiate brief, finite initial terms, which can be extended by mutual consent or performance such as achieving a designated sales benchmark.

What Is a Distribution Window and Why Is It Significant?

A distribution window is a specific time period during which certain media rights can be exclusively exploited. With respect to educational rights, sales agents prefer (and sometimes require) an initial exclusive window in the range of six months to sell or license a film to their accounts. During that initial window, the film will be unavailable to consumers for purchase on transactional video on demand platforms such as iTunes, Amazon, Google Play or elsewhere. Many sales agents contend that if the film is available commercially on digital platforms, educational customers may be tempted to rent or purchase the film from these sellers at a much lower commercial price point. It’s true that films purchased or rented digitally do not include a public performance license (as discussed below), which is required for a public screening in most educational venues. Still, the risk of sales cannibalization remains significant where the film is available to consumers in both commercial and educational markets.

What Is a Public Performance License and Why Does It Matter?

Under US copyright law, educational institutions usually need a public performance license (PPL) from the owner of copyright or its representative in order to show a film to students. This rule applies whether the school is using a physical copy, a download or a transmission (including streams); whether any admission fee is charged; whether the institution is for-profit or nonprofit; and whether the purpose is entertainment or education. The effect of this requirement is to preserve for filmmakers a channel of distribution to schools that is distinct from distribution to the general public.

Commercial sales to the general public of DVDs, streams and downloads do not include a PPL. Instead, their exhibition is legally restricted to private showings on home screens and personal mobile devices, rather than public performances. To perform a film “publicly” includes showing it in any place “where a substantial number of persons outside of a normal circle of a family and its social acquaintances is gathered”— i.e., beyond family and friends. Legally showing a film non-theatrically in a pediatrician’s office, a public library, a museum, a restaurant and in many educational contexts requires a PPL, which Best Buy, Amazon and Netflix are unable to supply.

The primary exception to this rule is found in Section 110(1) of the US Copyright Act. It allows for performing a lawfully made copy of a film “by instructors or pupils in the course of face-to-face teaching activities of a nonprofit educational institution in a classroom or similar place devoted to instruction.” School libraries, auditoriums and gyms are eligible, in addition to classrooms, as long as instruction takes place there. But this exception doesn’t apply to profit-making institutions, screenings for entertainment purposes, transmissions originating from outside classrooms, activities that aren’t instructional (such as a graduation ceremony or basketball game) or to locations that are not devoted to instruction. Also, because this exception requires “face-to-face” teaching in a place devoted to instruction, it doesn’t cover viewings by students in their dorm rooms, study carrels, the south quad lawn, a coffee shop, and virtually every other place they are apt to watch a film for a class outside a classroom.

For teachers who prefer not to use up precious class time watching films in tandem with their students, this exception is not very useful. Fair use is not likely to be helpful, either; it generally won’t defend public performances by schools—even for educational purposes—because it rarely applies to viewing an entire copyrighted work. In sum, a school that publicly performs entire films without a PPL in any way that doesn’t fit the face-to-face teaching exception is risking copyright infringement.

Theoretically, a student could legally access an available educational film by buying a commercial DVD or subscribing to a streaming service and watching the film privately. But many course-worthy films are not available to the general public and in any event, schools don’t want to require students to buy copies or pay for streaming services. Instead, schools generally prefer to arrange to furnish streams to students and faculty by acquiring a PPL. For a school to host and stream films from its own password-protected server to students and faculty, it needs a particular type of PPL called a digital site license. Otherwise, the school could acquire access for its students and faculty to streams hosted on an authorized third-party server.

Also theoretically, PPLs could be granted to schools directly by a film’s copyright owner, but that’s a rarity. As is already noted, it generally doesn’t make economic sense for filmmakers to market to schools themselves. Instead, filmmakers with films that interest educators usually convey the right to grant PPLs to educational film distributors, and they in turn offer PPLs in those films to the educational marketplace.

Franklin, Weinrib, Rudell & Vassallo has over 50 years of experience counseling makers of documentaries and other nonfiction works in every project phase.  Find out more at documentarytoolkit.com.

(Please note: this column is not intended as legal advice. Individual circumstances always need to be taken into account.  Please consult your lawyer.)

END_OF_DOCUMENT_TOKEN_TO_BE_REPLACED

It's Not Such a Small World After All: Know Your Distribution Rights Opportunities

Getting Your Film Ready for School: It's Academic DIY

A Conversation with Kanopy Founder and CEO Olivia Humphrey