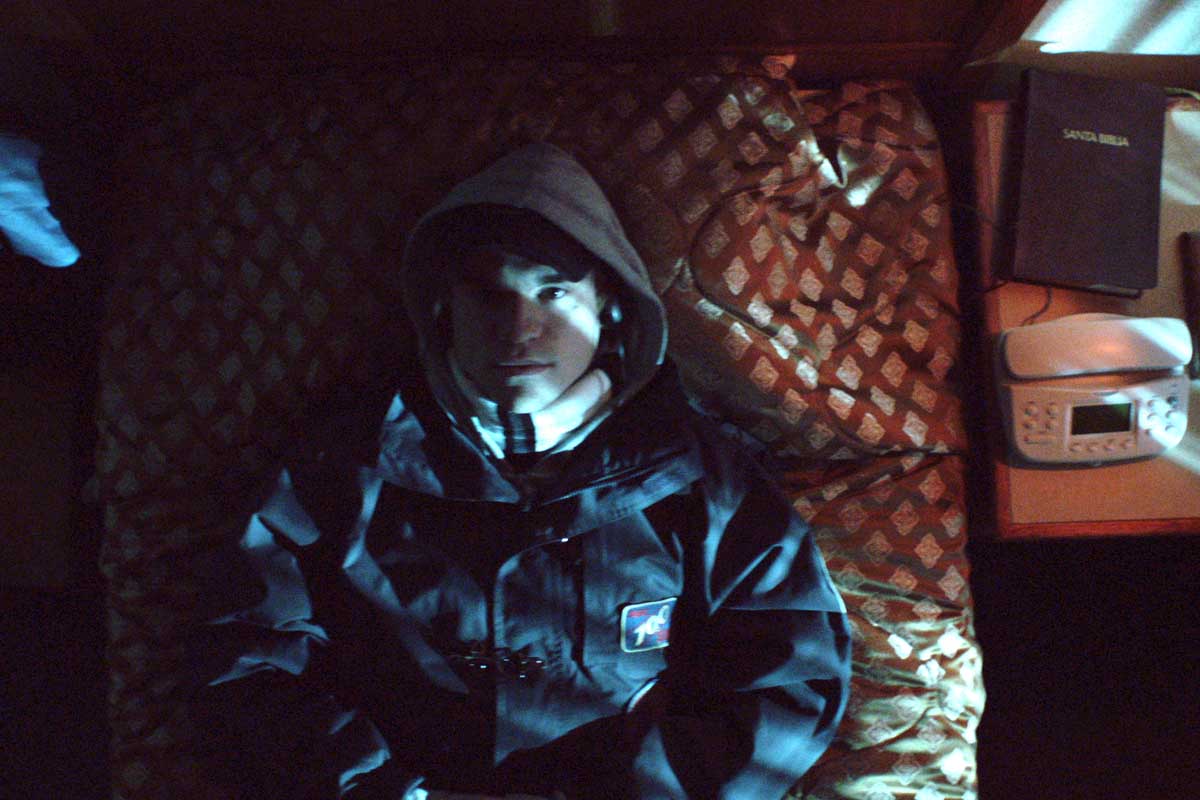 The Imposter is an important film for a number of reasons: (1) It is a stand-alone, deeply compelling piece of storytelling; (2) in classic hybrid fashion, the film places an emphasis on the aesthetics and plays comfortably in the terrain of unmediated truths; and (3) it leaves me questioning Hollywood dramatic narratives that mine doc elements to enhance the authenticity of the story—a genre I’m calling "infictional cinema."

The Imposter, the 2012 hybrid doc and psychological thriller directed by Bart Layton, displays a stunning series of high-stakes events captured by performing the archives, transcripts, police records and first-hand accounts of Frederic Bourdin’s masterful con job to convince police, FBI agents, judges, embassy consulates and a grieving Texas family, that he is, in fact, Nicholas Barclay, the young family member who went missing years earlier. How Bourdin manages to do this is bewildering: His eyes and hair are brown; Nicholas’ eyes were blue and his hair blonde. Frederic has a French accent, dark complexion and at the time, was in his late 20s. Nicholas had a Southern accent, was fair-skinned, and would have been a teen. What we learn from this remarkable story is that the power of denial is just as strong as one’s need to believe—that these traits of blinding our critical thinking are the playground for charlatans and con artists, who dish out a steady diet of deception and confirmation bias.

The Imposter, like other hybrid docs, utilizes dramatic narrative elements to heighten the core issues central to the story. Similarly, dramatic narratives insert doc modes into the script to give the story a greater sense of authenticity. By the latter, I am not simply describing biopics or films based upon a true story. Instead, I’m referring to Hollywood-esque films that pirate away the indexical and unvarnished realism found in docs to cloak their fictional stories in a veil of credibility. This is what I call infictionalizing of the narrative. If blurring the boundaries between traditional doc modes and Hollywood cinematic devices is considered a hybrid at the point where the venn diagram overlaps, then shouldn’t we have a name for when Hollywood dips their toes in doc waters?

Examples of the infictional narrative would include the following: The Wrestler (Mickey Rourke delivers a scene while tending to real customers at a deli counter); Under The Skin (the men lured into Scarlet Johanssen’s murderous web were not scripted and the camera was hidden from the unsuspecting social actors); Birdman (Michael Keaton runs through Times Square in his underwear through a crowd of non-consenting and unwitting extras); Up in the Air (the film features a montage of real people, recently fired, who were under the impression they were being interviewed for, yes, a documentary).

For linguists and the like, words matter. Nietzsche claimed in his book The Gay Science, "what things are called is incomparably more important than what they are." To name it is to determine how to treat it. Leaving something unnamed is to infer that the thing has no value or meaning. In bell hooks’ love trilogy, All About Love: New Visions, she writes, "Definitions are vital starting points for the imagination. What we cannot imagine cannot come into being." As an academic and filmmaker, I believe it is vital that the infictional narrative have meaning, and a recognition of the doc elements that help elevate it.

Chico Colvard is the founder of C-LineFilms and Assistant Professor of Cinema Studies at Massachusetts College of Art & Design. He is the former Founding Curator of the UMass Boston Film Series, where he taught race-, law- and media-related courses for 15 years. His recent film, Black Memorabilia, premiered at MoMA and aired on PBS’ Independent Lens.

END_OF_DOCUMENT_TOKEN_TO_BE_REPLACED

Playback: Marco Williams' 'In Search of Our Fathers'