The MFA Considered: A Sampling of Programs that Tackle the Current Marketplace 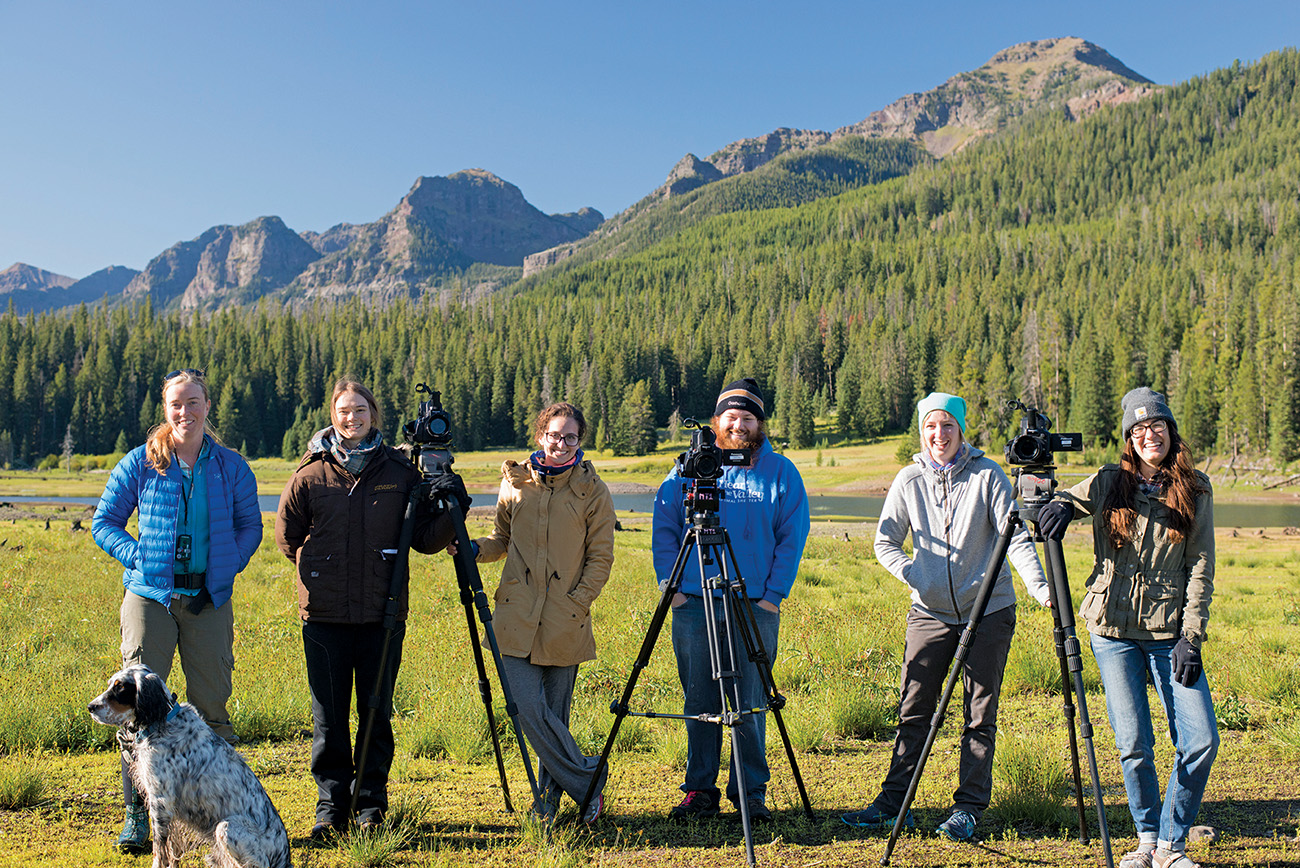 Can documentary filmmaking be taught? Like most art forms, it requires more than just technical skill. The curiosity—and in many cases, obsession—that great doc filmmaking requires can’t be outlined on a dry-erase board. And these days, with higher education becoming increasingly unaffordable and the cost of making movies becoming more affordable, the financial commitment of an MFA is not a decision to be taken lightly.

More philosophically, does the rigor and focus of a Master of Fine Arts degree outweigh what a filmmaker can learn out in the world (or as a working apprentice on a film set)? The most prominent graduate MFA programs devoted to documentary attempt to render this question a moot point, by combining classroom instruction with mentorship, internships and extended fieldwork.

With the increasing popularity of documentary media, and a “content boom” precipitated by the buying power of the major streaming platforms, several new doc-specific training programs have popped up over the last decade, taking a wide range of approaches to the medium. For this list, we collected information on several prominent graduate schools offering terminal MFA degrees in documentary filmmaking. This is not an exhaustive or comprehensive guide to an education in docs—you can learn the ropes from undergraduate seminars, or attend a traditional film school that includes fiction narrative—but it provides a snapshot of the current marketplace.

Those who want to train outside of Hollywood—but not too far away—might wish to consider the recently launched two-year MFA in Documentary Filmmaking at Chapman University in Orange, California. Prospective students are not required to have a background in documentary or filmmaking.

Chapman’s program is focused on feature-length documentary production, and students who successfully complete the MFA will have a doc feature to bring to festivals and a thorough understanding of the independent film marketplace. Tuition is $21,694 per semester plus a $375 lab fee per semester.

Not for those looking to make the next An Inconvenient Truth, Duke’s unique, highly intellectual two-year MFA program combines documentary fieldwork with the techniques and practices of experimental film, media and computational technologies. The program is pitched at students who want to combine production experience with the challenges of philosophy and critical theory—or who want to develop the credentials to work in academia and as a creative artist.

The course load is evenly divided among studio courses, seminars and electives, and students complete the program with a “culminating project” (not necessarily a film) that includes a written thesis component.

The faculty is drawn from a wide range of academic departments, and this year’s visiting artists include avant-garde luminary Nathaniel Dorsky and Durham-based documentary director/producer Cynthia Hill. Tuition is $26,770 per semester.

If you’re obsessed with botany, wildlife or archaeology, and aren’t convinced that great documentaries need to be about people, there’s one MFA program designed to suit your needs. The SNHF program at Montana State in Bozeman is pitched at prospective students with a background in science, engineering or technology who want to become professional filmmakers in order to impact the public understanding of science. There are only three programs in the world devoted to science and natural history filmmaking, and SNHF is the best known.

The three-year curriculum trains its students to go beyond the sometimes stodgy narrative formulas of scientific media. Students will train in writing and directing, but also information technology and digital perception. Students will complete both a written thesis and a thesis film.

The MFA program has a clear emphasis on production experience and professionalization. It’s for students who prefer hands-on immersion to history and theory. According to Documentary Department Chair Sanora Bartels, the students “learn to make documentaries by making documentaries.” Within two weeks of the first class, students will be making films.

Students have the option to take a yearly “Documentary Trip” with instructors to places like Alaska, Bali and Belize, in order to make original documentaries in a perhaps unfamiliar setting.

Launched in 2014 and housed in the School of Communications, Northwestern’s MFA program draws on the rich and close-knit Chicago filmmaking scene to offer students an education grounded in documentary but not limited by the form. The program is open to fiction/nonfiction hybrid work and emerging technologies, and first-year students make a short narrative film as well as a short documentary.

For applicants, experience with media production is a plus, but technical training is not a necessity.

Though you’ll get a solid grounding in the concepts and techniques of documentary media, you can also take courses like “Approaches to Video Game Design,” “Computer Code as Expressive Medium” and “Making the Bromance.” Your final portfolio can include a thesis film or two to three substantial interactive projects.

Faculty members include award-winning directors such as J.P. Sniadecki (El Mar La Mar) and Marco Williams (The Undocumented), and the mentorship board includes S. Leo Chiang (Out Run) and Tracy Droz Tragos (Abortion: Stories Women Tell). Tuition is $17,413 per quarter.

The “social documentary” may not be a recognizable genre, but it encompasses the sorts of films that School of the Visual Arts’ MFA program hopes to inspire and incubate. The two-year program teaches the fundamentals of nonfiction filmmaking with an emphasis on fostering projects that are “artistically, socially and critically” skillful, as well as technologically sound. The idea is to promote a convergence of journalism, activism and creative expression.

Applicants need to have a passion for the art and industry of documentary, but do not need to have prior professional experience.

As part of their training in documentary tradition, Stanford MFA students work with 16mm film as well as digital. Cohorts are capped at eight students, and in the students’ first year, the program emphasizes collaborative partnerships (in the hopes that some of these become lifelong creative collaborations); students direct their own projects but also crew on their peers’ projects. In the second year, students produce a thesis film.

Applicants are required to submit a creative portfolio, preferably made up of film or video work over which the applicant has had creative control.

According to Stanford, students in the MFA program generally receive fellowship support covering 80 to 90 percent of the full tuition costs. Alums include Ramona S. Diaz (Motherland), Bonni Cohen (An Inconvenient Sequel) and Elizabeth Lo (Mother’s Day). Tuition is $16,901 per quarter.

University of California at Santa Cruz
MFA in Social Documentation

Established in 2005 at a campus known for its progressive values, this two-year interdisciplinary program is designed for students with a strong commitment to social justice and human rights, who want to use the tools of documentary to tell stories about marginalized cultures and communities. SocDoc’s core courses are taught using a cohort model, and documentary history, critical theory and ethics are heavily emphasized.

Students are expected to enter the program with some previous production experience and a project idea, and the first year is spent developing and researching the project alongside faculty advisors. The project is shot during the summer between years one and two, and the second year is devoted to post-production. Students emerge from the MFA program with a completed “calling card” film in hand. Yearly tuition is $11,502 for in-state students and $26,604 for out-of-state students. Non-international students can obtain CA residency so that they don’t have to pay out-of-state tuition in their second year.