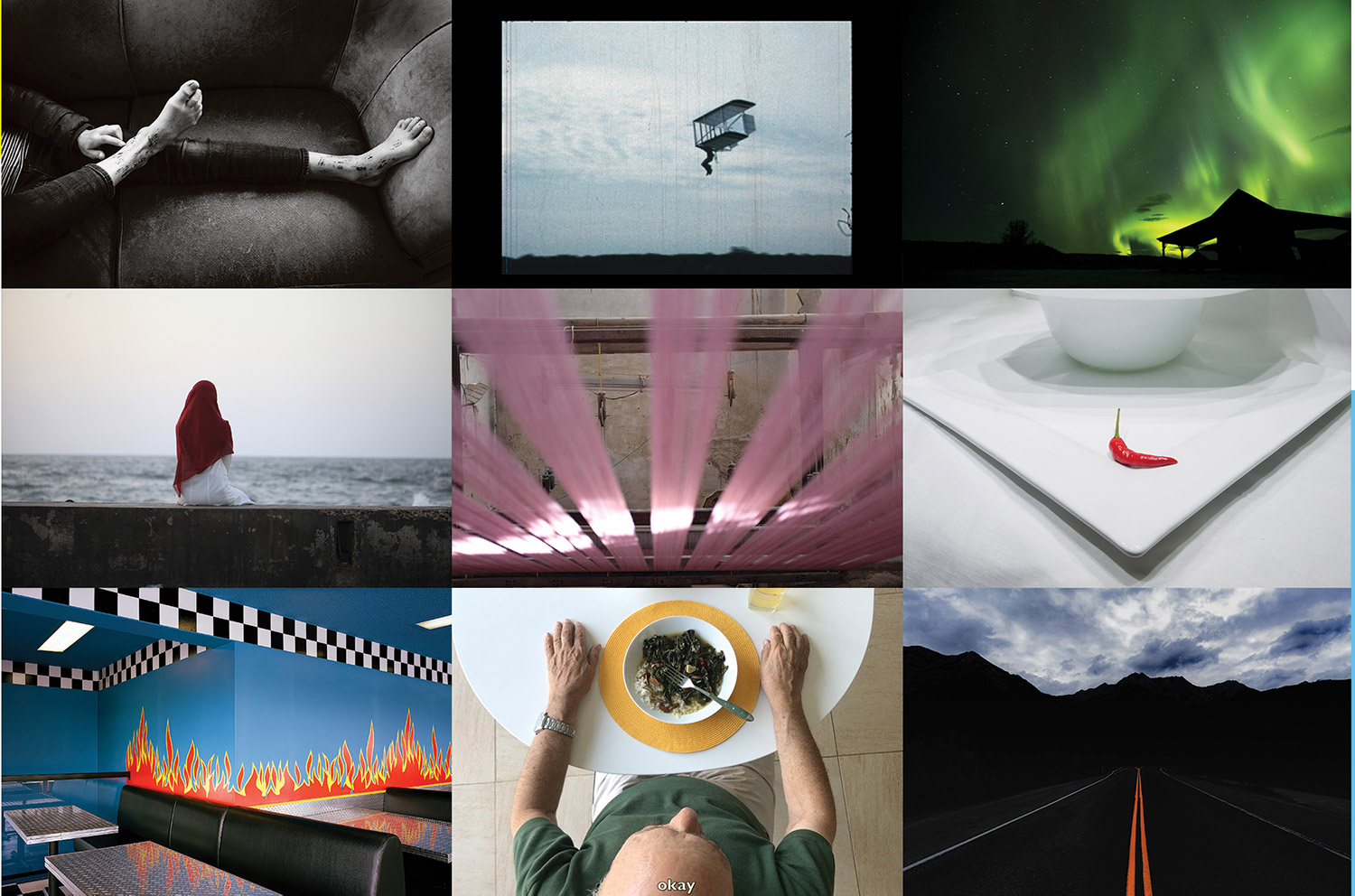 Documentary recently spoke with Dr. Bruno Lessard, director of the Graduate Program in Documentary Media in Ryerson University’s School of Image Arts. Lessard, himself a documentary photographer and the author of an upcoming book about Chinese documentary filmmaker Wang Bing, shared valuable information about what draws students to this internationally recognized, one-of-kind institution.

DOCUMENTARY: Tell me about your program at Ryerson—how is it structured and what can students expect?

BRUNO LESSARD: Ryerson offers a two-year Master of Fine Arts degree (MFA) that brings together many traditions in documentary practice ranging from traditional filmmaking to photography to new media. It is the only MFA focused specifically on documentary media in Canada, and one of a limited number of such programs around world. The program is multidisciplinary in nature, in terms of both its faculty members and the various backgrounds of students. We have faculty who are filmmakers, photographers and new media artists. This kind of diverse environment provides a very rich experience for our students over the two years.

Students in the program must choose what discipline they want to work in. Then, over the two years, we strive to offer a good mix of history, theory and practice. For example, in the first year of the program, our students learn the fundamentals of documentary through courses that provide an overview of 20th century documentary practices—both photography and film, including new media—as well as the contemporary period covering the last 20 years. Students also learn research methods in this foundational year. The reason we combine history, theory and practice is simply that our students come from a very wide range of undergraduate backgrounds. While some enter the program having completed a Bachelor in Fine Arts, many come from disciplines such as political science, art history and social work—you name it, we’ve had every single student profile in the 12 years of the program. Those who enter into the program with a BA or very limited experience in image-making need these fundamental courses as well as hands-on practice using cameras and audio equipment. Students who want to work in new media, AR or VR may be expected to take courses outside of the department to learn additional skills; however, only a handful of students are interested in these kinds of projects.

By the beginning of the third semester of the program, students are expected to be in full production of their major research project. Students spend their summer filming and then return in the fall semester, where they will work closely with faculty to shape their material into either a documentary film or, in the case of photography, an exhibition. At the end of the second year, Ryerson hosts a student-run festival, DocNow. The festival takes place in cinemas and galleries around Toronto over four to five weeks and gives students the opportunity to share their work in a public setting. Students are in charge of the entire festival—everything from the design of promotional materials, to crowdfunding, to organizing the launch event. It is real-world experience that has incredible value. This kind of opportunity is unique in terms of what we do in graduate programs at Ryerson—everyone seems to be jealous of it! We offer an amazing experience at the end of second year.

D: What resources do you offer students?

BL: We have a cohort of 20 students in each year of the program at any given time. Each cohort has access to what we call “The Cage,” a storage facility full of everything needed to make a documentary, from very old film cameras to the most cutting-edge RED cameras. If a student is interested in making a full analog project, they can do it, but if a student is interested in learning to use the latest digital tools, they’ll find those in The Cage too. Students in each cohort also have access to a lab that is furnished with 27-inch iMac computers loaded with post-production software.

D: Can you provide a few examples of your faculty and their interests?

BL: We have a number of faculty affiliated with the program. Brett Story is a trained social scientist and human geographer and also an award-winning nonfiction filmmaker. She has made a number of feature-length films, including The Prison in Twelve Landscapes. The film won the Special Jury Prize at the Hot Docs Canadian International Documentary Festival and was a nominee for Best Canadian Feature Documentary at the Canadian Screen Awards. She is very much interested in exploring politics, racialized capitalism, political economy and visual geography. She has a PhD, like many faculty in the program.

Michele Pearson Clarke works primarily in photography, film and installation. She has also won a number of prizes. She holds a Master of Social Work and a MFA in Documentary Media. She is actually one of our graduates! Michele is interested in archival, performative and process-oriented documentary strategies, and her work examines racialized histories. While Brett is a full-fledged feature-length documentary filmmaker, Michelle’s work sits more at the intersection of photography, video and installation in more gallery-based pieces.

D: Do you accept international students?

And this diversity translates into the classroom as well. We try to be representative of a diverse range of documentary practices, moving beyond the European and North American canon. We make an effort to cover works made everywhere in the world, including East Asia, Africa, South America.

D: With all of the different film schools available, what are some of the advantages of studying at Ryerson?

BL: Ryerson is in downtown Toronto, which is a wonderfully vibrant neighborhood with many opportunities available to students interested in moving and still images. There are many galleries in the city—the Royal Ontario Museum and the Ontario Art Gallery, for example. There’s the Toronto International Film Festival and Hot Docs, of course. One of our core strengths, really, is the fact that we are in the heart of Toronto. Ryerson is an urban university. Toronto is [the third-largest city in] North America—cultural and business opportunities are around every corner.

Ryerson has always been a special university in the sense that it is not an “old” university, like the University of Toronto. I like to call it a teenager! It is in the process of growing and still exploring possibilities to make the most of its facilities and faculty. Ryerson has also pioneered experiential learning as a complement to traditional coursework. Students have opportunities to participate in Zone Learning, where they pitch projects that will have them problem-solving in industry and the community at large.

Of course, tuition at Ryerson is far more reasonable than at many programs offered in the United States, and our faculty have the same level of experience and expertise as those at American universities, so that’s an advantage as well.

D: Can you share some success stories from recent graduates?

BL: Michele Pearson Clarke is now Photographer-in-Residence for the City of Toronto! We are very proud of her. Jason O’Hara made a wonderful film—Rhythms of Resistance—that won a number of awards. The feature film that grew out of his MFA project, States of Exception, as shot in Rio de Janeiro, Brazil, and looks at the impact of the FIFA World Cup and the Olympics on families facing forced eviction. The film is activist work. Lisa Rideout’s film Take a Walk on the Wild Side premiered at Hot Docs. Lindsay Fitzgerald’s short film about employment won first place in TVO’s short documentary competition.

We also have a number of students who have moved on to fully-funded PhD studies, and I consider this to be a success story as well. Others have gone on to work at the CBC in full-time positions, and I also consider that a great achievement in this day and age. And when our graduates remain in Toronto, we often invite them to work as sessionals, which is great because they can continue to stay connected to the program.

The MFA degree is a terminal degree in fine arts—it is what a PhD is in the social sciences. In other words, it is a degree that allows one to teach at the college or university level. The MFA holder is very privileged in that sense—after two years of study, they can start teaching full-time in colleges. That’s something that some students entering the program don’t even know.

Sandra Ignagni is a documentary filmmaker, holds a PhD in feminist political economy and works at IDA. Her next film, Highway to Heaven (NFB), will be released in 2019.