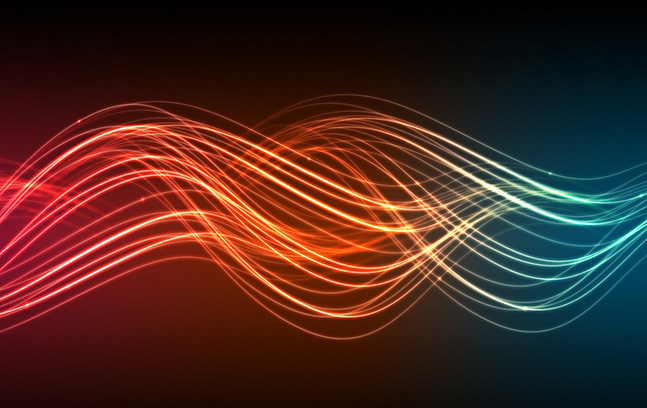 I'm fascinated by sound and how it can transform a documentary program. The creative sound concepts that excite me most are usually the more specific nuts and bolts suggestions. These often involve the structure of a program and need to be implemented early on.

In these days of digital wizardry, "we'll fix it in the mix" can be a true statement. My view, however, is that you can more significantly enhance your production values by thinking about sound starting in pre-production. Thus, the sound design of your doc is an integral part of the concept and outline of the entire project, not something you add on at the end of post. Stylish sound does not necessarily require big bucks; conversely, lack of planning for sound can cause great expense.

First, let's talk about the term "sound design." I have owned a company by this name for 25 years, and during this period the definition of the term has morphed five or six times. Currently, many people limit sound design to specialized sound effects, such as musical effects, unique atmospheres and sounds that do not exist in nature. I prefer to think of sound design in a broader sense-a sound designer functions as a post-production supervisor for sound, who also advises the filmmaker during pre-production.  In documentaries, the filmmaker often takes on the role of sound designer in earlier stages while crafting the look and feel of the program in his or her mind. As post- production progresses, it is important to involve a professional sound designer or sound mixer who really knows the state of the art.

It will be helpful to consider some examples of sound design that would affect production planning.

Plan to capture images of things that make noise.  I'm not just talking about a cutaway to the radio. If a location has an inherent ambience, then make sure to include the source of sound in some establishing shots so that the listener can get used to hearing what may be a strange ambience. During the scouting trip to the location, take into account how loud the ambient sound is; it may be prudent to choose a quieter location. In any case, have the sound person record a length of "room tone" or exterior ambience for use in editing. Allow the sound person time to keep some sort of sound reports that list where the wild sound is on the location tapes. It also often helps to give the editor footage to make a shock cut to something that is very loud. This will add a dynamic to the movie and give it an auditory pace. Shock cuts are especially effective as transitional devices.

Plan for several "musical moments" in the final edit by supplying footage from which to edit a montage. In general, I find most documentaries to be too wordy. In editing, the pace gets established early on, and often there is not enough psychological room for a lyrical montage. I suggest putting musical placeholders in the edit that will later become montage sequences. Start thinking about the music or a sound montage early on so that you will have enough images to cut together and your choice of music or up-front effects will be meaningful to the through-line of the story. It is important to make a time-coded "sync master" of any music you use in editing so that you can get back to a high quality synchronous source and track any music edits.

Remember that two of your most powerful sound elements are silence and "futzed" sound. Futzed sound is typically radically filtered so that it approximates a telephone voice, a loudspeaker or a cheap car radio. In the outline phase of your doc, track the "profile" of sound in each sequence so that there is a pace or a coherent "rhythm" of noisy, quiet, melodic, delicate and bold acoustic textures. The ear is very sensitive to comparative differences in sounds. The way to make a piece of music sound pristine and clear is to precede it with heavily futzed audio that has a narrow bandwidth.  The way to make something sound loud is to precede it with something very soft.

Try using "inner-monologue," or subjective voice, in your documentary. I think of this technique like plugging directly into a subject's brain. The voice can be recorded on location for optimum "believability," but time must be allowed to do this. It is also possible to record a new inner-monologue later if you want to get the subject to state his thesis more succinctly. Done right, this kind of voice is quite different from narration.

Experiment with different kinds of more subjective narration. Most narration in docs these days is what is known as third person omniscient narrator—the "Voice of God," which is often spoken by a professionally trained talent. Too often the voice sounds like it should be coming out of an AM radio at drive time. The narrator does not have to be omniscient; it could be the voice of a child or a mentally challenged person. The voice quality can be breathless, close mic-ed, or a yell. The narrator could have a nerdy voice, a very old voice or a goofy voice. Don't forget the option of using your own voice—the filmmaker's voice. If you think your voice isn't "good" enough then the script may not be written in real first person or you may be trying to imitate a radio announcer, and doing a bad job of it.

Documentaries have made popular the technique I call VOH or Voice of History.  This is when you have an actor read a script in the role of a certain historical person, or a quote from a diary or literary text. Take, for example, Jefferson reading the Declaration of Independence, a stentorian basso reading the Bible or a frail sounding actress reading from Galileo's daughter's letters. Ken Burns is famous for this technique in his docs; he records numerous actors reading each part then decides later who is best cast in each role. This technique can be very effective at providing a relief from the narrator's voice. The VOH segments give a different texture and mood and revive interest. Be careful to script this material carefully, even if it means cutting down a pre-existing source. Beware of one actor trying to read too many different voices and non-foreign actors trying to create an accent. I hear all too many phony sounding Italian, German and Southern accents.

For those documentarians who want a refresher course in sound, here's a list of sound elements that may help when budgeting and planning:

For docs, the most important element is dialogue. In a typical doc mix, the dialogue and narration are usually at 100 percent, and other elements are secondary. It stands to reason that if you want to have a section with music or sound effects very prominent, then don't have too much dialogue or narration occurring at the same time. Typically we look for dialogue tracks to be delivered as an encapsulated OMF file out of the editor's Avid workstation. We ask for handles of at least 120 frames so that we can re-tweak and perfect dialogue edits. This technique requires that the audio was digitized from an original source, not an intermediate 3/4" or similar. If this is not available, or if the digitizing was inconsistent, we rebuild the dialogue tracks from the original source using the EDL from editorial. During dialogue editing, we split tracks to make them easier to mix, pre-adjust levels and add fills where needed.

If ADR (automatic dialogue replacement) is needed, the dialogue tracks are edited to accommodate this with fills and a number of editing tricks too technical to get into here. After the ADR is recorded, it is incorporated into the DX  (dialogue) tracks separately so that EQ(equalization) and reverb can be added in the mix to get it to match. The most important parameter about ADR is to have the actor in the same subjective energy state as the original. If the energy is right, the sync will come almost automatically. During the dialogue editing, the production effects (PFX) are usually split off onto separate tracks.  This allows these sound effects to be bussed to the effects stems during the mix.

Narration is usually recorded either to picture or to time. Be sure to have multiple copies of a clearly typed script with paragraphs and pages numbered, in caps and lower case, with no sentence reading on to the next page. ALL CAPS text is much more difficult to read. Do not make the type too large unless the actor is really blind. Do not trust the timing or script prep to a first day intern. Do not leave rewriting or fact checking until the day of the session.

VOH is usually recorded like narration. Smart editors use a temp track of voiceover and VOH so they will be sure the script will fit in the space allotted. Make sure your temp reader reads at a reasonable pace.

Getting your narrator for a pickup session will likely be expensive. Celebrity narrators are popular these days, but don't assume these actors are really good narrators. Talk to someone who has directed them in the past.

Music often contributes the soul and depth of emotion to the production. These days, there are many composers with their own midi studios who can offer an original score for a reasonable rate. If you are totally pressed for cash, then consider a production music library. Consider also musical effects (tones and tonal ambiences), and music concrète—sound effects made to function like music.

Sound effects are usually divided into spot effects (also called hard effects), backgrounds and Foley. (Foley effects are sound effects, like footsteps, recorded directly to picture.) Many sound studios have large sound effects libraries online and can build sound effects tracks (FX Trax) faster and better than your picture editor can. If you are doing a specialized film—say, baby tigers—then make sure your sound house has or gets appropriate sounds. Some wildlife documentaries require very specialized effects. Thus you may need a particular species of bird song, from a particular region of the world, during the right season, with the bird singing in the right dialect. Trust me, this can get very technical. The more unusual your movie, the more important your location recorded effects.

Try to allow for an "interlock" a day or two before the mix where you can play down all of the sound elements, including music. This allows the sound editor(s) some time to do fixes if you don't like the choice for that special wind. Many studios also mix with "virtual" tracks from a workstation where changes and additions can be made in the mix at the last minute.

I work with both good and bad producers. Good producers are generally on time, do location scouting, make sync masters and don't change picture after it is locked. They show up for spotting sessions and interlocks and try to stay off their cell phones during the mixes. They don't put off making decisions. If track one sounds better, they know it and they don't waste time with track two. They have the ability to listen. They check their attitude at the door and don't spend extra time trying to place blame but are always willing to try something that might improve the show.

We will save for another article a full discussion of mix procedures and etiquette.  Until then, good luck and remember that patience is a virtue, and that sound can make your movie.

Kent Gibson is the owner of Soundesign in Studio City. He also produces science documentaries.

END_OF_DOCUMENT_TOKEN_TO_BE_REPLACED

Four Editors in Search of a Thread: A Documentary Roundtable