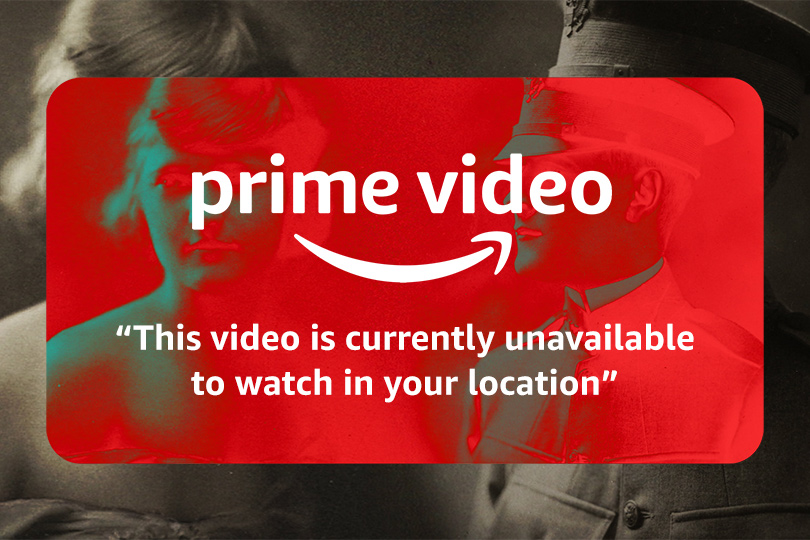 Gatsby in Connecticut: The Untold Story was unceremoniously removed from Amazon Prime two weeks ago, one of many independent films vanquished by The Prime Pandemic Purge. While this purge has apparently been happening for some time, Amazon announced in early February that they were “no longer accepting unsolicited licensing submissions via Prime Video Direct for nonfiction and short-form content..” As the independent film community assesses the impact of Amazon’s new stance toward independent film, I hope my story may help propel the conversation.

I wrapped my first feature-length documentary in late 2019. It was a labor of love and the cumulation of nearly a decade of research, which was already creating a buzz. The iconic Sam Waterson (The Great Gatsby, 1974) and Keir Dullea (2001: A Space Odyssey) were both fascinated by what we had uncovered, and both came on board to lend their skills and support for the film. The New York Times wrote about our research in 2018, and I’d even debated in Newsday with a Long Island Congressman about Connecticut’s claim to a piece of Gatsby.

The pandemic, however, forced me to pivot from the 2020 festival circuit. My early press had generated several representation inquiries and together with my attorney at Donaldson + Callif, we vetted sales agents and worked through contracts. I signed with Alex Nohe of Blood, Sweat, Honey, and he got me eight distribution offers in a couple of weeks.

I chose Vision Films for several reasons. First, their enthusiasm. I liked the documentaries in their catalog. And, they wanted to move quickly while folks were still in lockdown and demand for new content was high. But perhaps even more important, their CEO told me that I could call her anytime, even on a Saturday morning. I’d heard the distribution horror stories, that once you sign with a distributor, you’ll never hear from them again. I called Lise on a Saturday, and true to her word, she picked up.

Vision said they could get us launched in three months and, sure enough, they did. They developed striking artwork for the film that popped on digital menus. They also committed to do marketing and publicity that generated a buzz for a September launch, and we released the film on every major TVOD digital platform including Amazon, Google Play, Vudu, FandangoNow, iTunes,  Xbox, YouTube, and hoopla, plus many cable Video-On-Demand platforms in the US and Canada.

And then we received a great review in The New Yorker, and a few months later, Gatsby in Connecticut made their “Best Movies of 2020”’ list. It was an exciting time for everyone who had worked so hard on the film.

On one level, I’d already exceeded my wildest expectations, given where we were earlier in the year. These expectations had nothing to do with money, and everything to do with the positive audience reaction. But I had pulled $40,000 out of my house to pay for the music licenses, insurance and final deliverables. This was personal.

When The New Yorker list hit last December, I put another $5,000 on a credit card to hire a publicist, intent on leveraging this good fortune, figuring the additional spend had a shot at paying off. The film did extremely well on the TVOD platforms, then it was released on Amazon Prime and started to soar, performing very well in the SVOD space. And why wouldn’t it? The Great Gatsby is one of America’s most beloved novels and it is taught around the world. To shed new light on something so familiar for free on Amazon Prime? Well, it was a perfect fit.

But then, the rug was pulled out from under us.

On the day before we were taken down, full-page reviews of the film ran in the Chicago Tribune, The Orlando Sentinel and The Hartford Courant. All are publications with huge readership, a tremendous coup for Gatsby in Connecticut, but those articles directed readers to Amazon Prime. The next day, without warning or explanation, we were purged. My distributor couldn’t get anyone to respond to an email—forget about getting a person to answer a phone.

I never expected that making a documentary would be easy. There was always a risk that when we got under the hood, the story we thought we were after wouldn’t pan out. What good documentary filmmakers hope for, of course, is the unexpected, something bigger than imagined at the start. That’s the joy and challenge of the job.

What no independent filmmaker should expect is for your biggest and most important exhibition platform to ghost you. We didn’t want a free ride. We put the work in, we got results, and it was all done during the pandemic.

What makes all of this so disheartening is that we’d done everything Amazon would want an independent filmmaker to do. First and foremost, we made a film people liked. We had a 4.1 rating from 132 Amazon reviews, and during our last week on the platform, we were streaming over a million minutes, had passed the six million mark, and was trending up.

Because over 80% of American households have Amazon Prime, a savvy independent filmmaker can build an audience because it’s easy for people to watch it there. But for the last two years, Amazon has been changing their policies and payment structures. Right now, they pay somewhere between .01-.12/per hour watched, based on a proprietary mystery algorithm. Over 85,000 people watched Gatsby in Connecticut as a result of 6.3 million minutes streamed, but that’s still only $5,000 or so. Would that have exponentially grown given the momentum of the publicity and our social marketing? I’ll never know.

Independent film is a vital contributor to the cultural conversation, and Amazon PVD was playing an important role in providing access to such film. Sure, there are other distribution outlets, but everyone knows where the people are. Amazon PVD’s practice and policy—which resulted in my film, and many other exceptional films, being taken down during the pandemic, when so many of us are on hold and at home—are clearly not in the public interest.

Amazon’s content creation strategy leveraged the investment of the independent film community to develop their brand in the film and TV space. Now that they don’t need this content to compete with Netflix anymore, it’s "Sayonara."

Regardless of whether you love or hate Amazon, they built a platform that smart independent filmmakers could use to build an audience, and now it will be increasingly difficult for those independent voices to be heard on a scale that can achieve meaningful impact.

When a behemoth like Amazon can take such action with no consequence, it does beg the question: When is somebody going to say, Enough is enough? At the very least, transparency is called for. Amazon should have provided warning, an explanation, and a process to appeal—all of which, let’s face it, are unlikely to happen. No human being decided to take down my film; an algorithm did the dirty work. And that’s why this digital transformation of content, hailed as the savior of culture, is having the opposite effect: It’s limiting choice, creating barriers to access, and now, it’s making it harder for all of us to keep doing what we do.

Robert Steven Williams is an award-winning filmmaker, novelist and entrepreneur. Gatsby in Connecticut, featuring Sam Waterston and narrated by Keir Dullea, is distributed by Vision Films, Inc, and is still available in the US and Canada on iTunes, Google Play, Vimeo, Vudu, and hoopla. 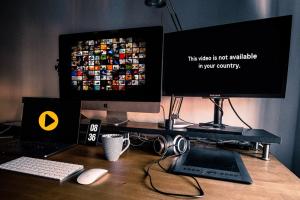 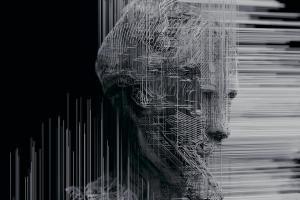 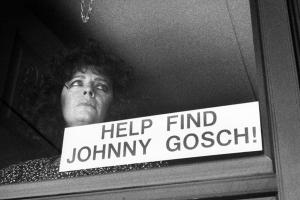