BIPOC Doc Editors and Their Fight for Diverse Edit Rooms 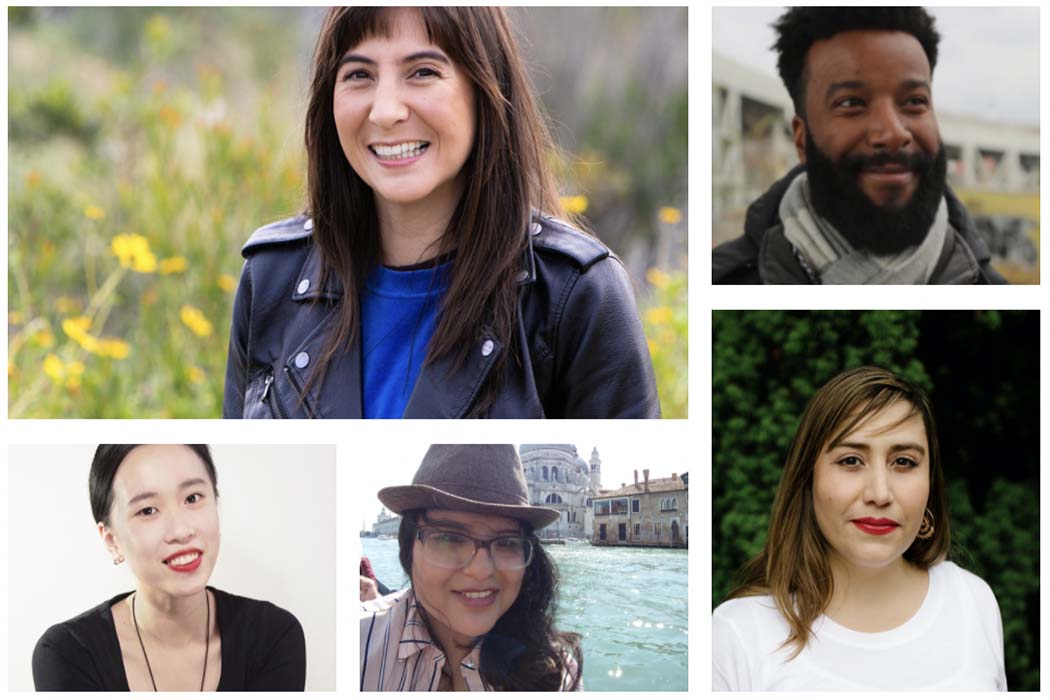 "When I look from my chair in the edit room, when I’m at a celebration, I’m very troubled by what I see. The collection of the material that is us, I think, is not going to tell the story we think we’re trying to tell when it comes to race," the late editor Lewis Erskine said during his speech at the Karen Schmeer Fellowship’s Art of Editing Lunch at the 2017 Sundance Film Festival. "I want to know if you see what I see when I look at this community. I want to know if you see how white we are as a community—how few people of color, how few Black people [make up this community]. Not just [those] making the work, but making the decisions about who makes the work and writing the checks for who makes the work, and being on the crew when the work is being done."

Three-and-a-half years later, in July 2020, the Oscar-nominated filmmaker Matthew Heineman announced on Facebook that he and Matthew Hamachek would be making Tiger, the HBO-backed documentary series on golfer Tiger Woods. His post sparked a days-long, heated discussion around the fact that this profile of a Black-Asian athlete would be directed and edited by white filmmakers. The discussion, often referred to as "Tigergate," underscored a longrunning, industry-wide demand for racial equity and gender justice.

"I was reading what a lot of people were feeling and for me, the trigger was really about access," editor Carla Gutierrez tells Documentary. “I just couldn’t sleep at night and I wondered, 'Where do editors fall into all of these discussions?'" Gutierrez, who has edited Chavela, RBG, The Last Out, Pray Away and Julia, launched last June the BIPOC Doc Editors website with her colleagues. Inspired by Erskine’s call to action and the growing conversation around equity, Gutierrez felt the need to extend the debates and bring them into edit rooms. "The discussion was very general," she explains. "They were talking about people 'above the line' [like producers and directors], and editors are considered 'below the line.' But we have so much to do with the telling of the story!"

Gutierrez got the job on RBG because a Black woman executive recommended her to the filmmakers. "And then once that was out, because it garnered awards, people knew my name," the editor says. "But it was that recommendation and it was from another woman of color that got me in the door." Given the importance of such word-of-mouth networks in building a more diverse industry, Gutierrez knew that a directory of BIPOC editors was the need of the hour. She reached out to the staff at The Karen Schmeer Film Editing Fellowship, who were running a program called Diversity in the Edit Room. It was Fellowship President and Co-Founder Garrett Savage, also a documentary producer, who put Gutierrez in touch with editor David Teague (Cutie and the Boxer; Life, Animated), who was trying to do something that would narrow the "massive chasm between the assistant editor and the editor," Teague tells Documentary. "There was less and less of the ability to move from assistant editor to editor, especially as documentaries were moving away from independent productions and more into production companies and streamers." After speaking to several editors and assistant editors, Gutierrez and Teague decided to join forces to work on the website that would both serve as a directory and networking site and create guidelines for the industry and push production houses to adapt them into practice.

"The idea of a mid-tier edit position for the associate editor already existed in a number of productions organically," Teague explains. "I'd worked that way before. Carla had worked that way before. It required the editor to go out of their way and make it happen. Sometimes the producer was really onboard, sometimes not. My initial focus was to build the guidelines that would push productions to include this position and not just make it the editor’s responsibility." Assistant editors traditionally honed their skills shadowing editors and sitting in on meetings between the editor and the director, in addition to assisting in the actual cutting of the film. This practice of learning has frequently come up in interviews with veteran editors like Geeta Gandbhir and something that filmmaker Byron Hurt mentions in his tribute to Erskine. With the advancement in technology, it’s cheaper (and easier within the context of a pandemic) to have AEs working remotely. As a result, not only does this position lose out on being a part of the creative decision-making process, but it also becomes easier for those who can afford to own the latest editing equipment and software in their homes. For aspirant editors, especially BIPOC editors, who start out with the systemic disadvantage of not having existing networks, the ladder to career advancement gets more and more slippery. "I'd been talking with other people about this break in mentorship," says Teague. "There was a continued loss to the community because all these great potential editors who were AEs were leaving the field because they were not getting mentorship, nor were they being able to afford it." "It is a class and race issue," Gutierrez adds, "There’s just less BIPOC in film schools, right? There’s less BIPOC folks who can afford to do an unpaid internship, there’s less BIPOC whose parents have connections or less BIPOC who can bankroll the early stages of a production. Which is why we needed this website—so people could stop saying that they didn't know any BIPOC editor to hire."

The BIPOC Doc Editors website was the first grantee of IDA’s microgrant program, which was launched this year. "Coming off the heels of Getting Real, their proposal stood out to us as a real opportunity to help create a resource that directly addresses the lack of diversity and inclusion in the industry," writes IDA’s Senior Director, Development & Partnerships, Jina Chung. Considering there is strength in numbers, both Gutierrez and Teague are focusing on working closely, connecting with, and engaging with production companies and streamers to support the website’s guidelines. "We want to get their buy-in and also want to make sure that what they're doing is effective, sustainable and long-lasting," Teague maintains. "The database was specifically crafted to present to potential employers a wide variety of post-production professionals, at varying levels of experience, so that BIPOC editors and AEs can get hired, build their documentary credentials, and bring their broad worldviews to edit bays everywhere it's being the change we want to see in the doc world," says editor Miranda Yousef, who is an advisor on the project and a member of the directory. "In June, American Cinema Editors promoted our launch event at Full Frame and featured the database on their homepage. Not long after that, I was contacted by someone who had found me via that link. So it works!"

Among the many things in the pipeline for the team behind the website are in-person meets, mixers, and networking events that create space for BIPOC editors and aspirant editors to meet, share knowledge and find work. They are also working on guidelines that advocate for sustainable work schedules, in addition to actively fundraising to engage full-time staff to maintain the website and manage these events. Even beyond the website, the idea is to create a program, in partnership with nonprofits and funders, that offers emerging editors the support that sets them up for success and stops the industry from losing out on a diverse talent pool.

"If you’re in the room, I need you to be the disruptor. I need you to take the risk … you have to do this," Erskine said at the end of his Sundance speech. It’s exactly what Gutierrez, Teague, Yousef, and their colleagues have done with the website which, coincidentally, was launched the same day Erskine passed away, leaving behind both a trailblazing legacy and a formidable to-do list for his successors. With BIPOC Doc Editors, some of those checkboxes are already being ticked.

Bedatri D. Choudhury is Managing Editor of Documentary magazine. Born and raised in India, she lives in New York City.

END_OF_DOCUMENT_TOKEN_TO_BE_REPLACED

Tributes for the Savant of Swing: Remembering Lewis Erskine (1957-2021)