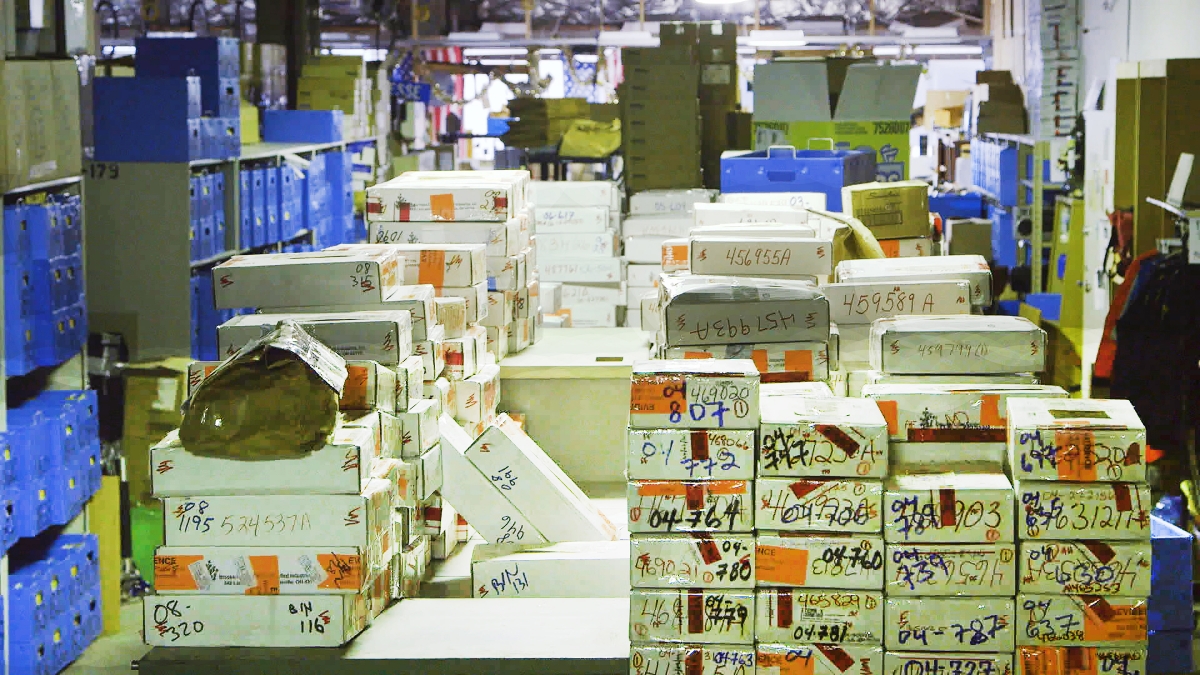 "I am a box on a shelf," says Ericka. And technically, she was right. Her name was written on a box containing the evidence from a violent sexual assault she reported well over a decade ago. Erika's box, along with thousands of other boxes containing untested rape kits, had been sequestered on a warehouse shelf undisturbed and left to wither and even expire without testing or prosecution—until Wayne County (Michigan) prosecutor Kym Worthy vowed to right this injustice. Now, after three years of filmmaking, this and other stories of sexual-assault survivors in other cities like Cleveland and Los Angeles have been crafted into I Am Evidence, a compelling piece of investigative filmmaking by acclaimed documentarians Trish Adlesic and Geeta Gandbhir.

Also at the helm as the film's producer is actor Mariska Hartigay, whose long-running portrayal of Lieutenant Olivia Benson on Law & Order SVU has given rise to her work as a committed activist against the type of sexual and domestic violence the crimes I Am Evidence seeks to address. The film exposes the massive number of untested rape kits in the United States, despite the value of the DNA in each kit to potentially solve and prevent future crimes. For these victims of sexual assault, their kit represents not just an unsolved crime, but a completely unacknowledged one.

Documentary spoke with both Adlesic and Gandbhir by phone about their hopes to bring awareness to the challenges the backlog presents within the criminal justice system.

How did this collaboration come about, and what was your exposure to this issue before you started making the film?

Trish Adlesic: I had worked with Mariska on Law and Order: SVU on an episode called "Behave" in 2009, based on the case of Helena Navarro, who is interviewed extensively in the film. Even though I was shocked and horrified by her story, I wasn't surprised. Having lived as a woman, I've learned about these things by living through them. I've experienced sexual harassment and have been the victim of two attempted rapes. At that point, Mariska had already become a fierce advocate to end domestic violence and sexual assault through her Joyful Heart Foundation. One day we had a moment when we looked at each other and said, "We have to tell the story about the rape kit backlog." Geeta and I had worked on Gasland and Gasland II together, and I thought it would be a good idea to bring her in and combine all of our previous abilities to make a film that was empowering to both an audience and to the women in the film.

Geeta Gandbhir: It's the only documentary film so far that speaks to the problems of sexual assault of women of color in the US, and for me, as a woman of color, that was really powerful. In general, women of color are so often overlooked, so this opportunity to direct a film focusing on how this has affected women of color was very important to Trish, to me personally, and to Mariska.

Your interests as filmmakers are deeply tied to seeking justice to those who have been prevented or unable to access it. Clearly, this journey—from powerless victim to empowered survivor—makes up the core of the film. How did you accomplish this behind the scenes?

TA: Of the 14 women we originally interviewed, not one thought anyone cared what had happened to them. They couldn't believe we were making a movie about them, which isn't surprising considering that they were victimized not only by their attackers, but re-victimized by the very entity set up supposedly to help them, the criminal justice system. Just by being interviewed they felt a profound sense of being heard they didn’t experience before.

GG: For anyone who has suffered a trauma, there is a trust-building process, and every time our interviewees had to talk about their experience, they also had to relive it to a certain degree. Interestingly, they all said in different words that they were finally given a platform where they could reach people to share their story and see people's reactions. It affirmed what happened actually happened; it affirmed that terrible injustices had occurred and, ultimately, they deserved justice.

Was there hesitancy from law enforcement to cooperate and talk to you?

TA: Our experience was mixed. Looking at three cities in different states was both illuminating and disheartening. In one police station, for example, we asked how rape kits were categorized in the database and the person told us, "under 'other.'" In other instances, however, we found the opposite, we found people who were genuinely trying to do the right thing.

GG: To that point, the detectives we met and interviewed in Ohio, Nicole and Michelle, were incredibly compassionate. Even though the film shows an overall lack of education, information and action among law enforcement surrounding the rape kit backlog, it was important for us to show all the different kinds of responses we witnessed.

As I watched your film, it struck me as a very necessary addendum to the #MeToo and Time's Up movements. So many stories of sexual assault that are highlighted in the media focus on women in the film industry or celebrities, who have access to privilege and power. Do you see your film expanding upon these important conversations?

TA: The film was basically completed before #MeToo became a national platform. Facing the issues in our film and the overall issues of gender equality and sexual misconduct are long overdue. Violence against women has basically been neglected and abandoned. Just like these other movements, in our film we are trying to show that people in power need to be held accountable for not doing the right thing. I think that Helena Navarro makes a remarkably poignant call to action in the film when she talks about the man who was ultimately convicted of several violent rapes, including her own, and the reason she's an activist for this cause. She says, "I have compassion for him, but I don't have compassion for the system that made this possible."

What's the best way to for people to learn what's going on in other cities, learn more, or find out about ways to contribute to this cause?

TA: There's a wealth of information about what is going on in different cities across the country through the Accountability Project section of www.EndtheBacklog.org. Just the trailer alone awakened people to the issues. We now have hundreds of watch parties in 49 states scheduled. We believe the film will be a remarkable tool because we now live in a time where documentary filmmaking has become the medium people turn to for answers.

I Am Evidence premieres on HBO on April 16 and streams on HBO Go and HBO Now throughout the month.

Sarah Haufrect is a freelance writer and full-time communications director for an LA-based education philanthropist for whom she associate produced the recent documentary Teach Us All. Her writing has appeared in Salon and Psychology Today, among others.

END_OF_DOCUMENT_TOKEN_TO_BE_REPLACED

Heart of Darkness: Lisa Jackson Confronts Sexual Violence in The Congo in 'The Greatest Silence'