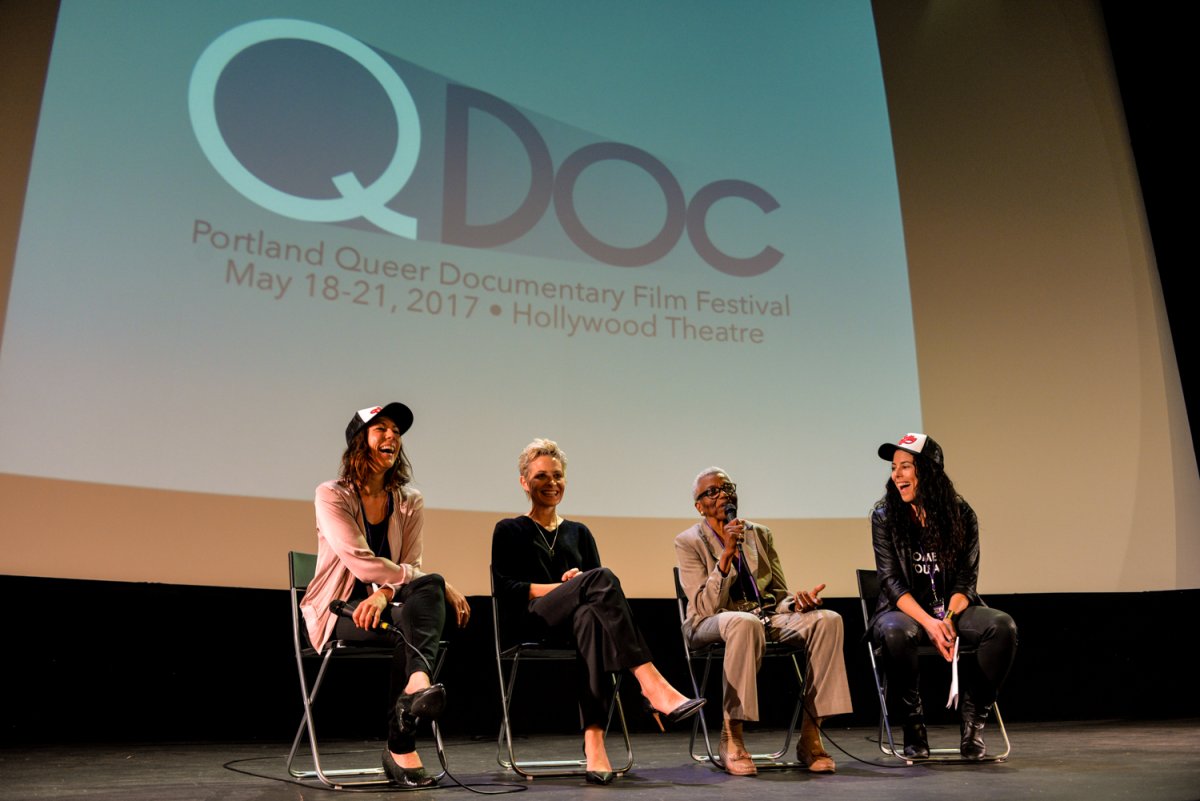 Filmmakers have a special place in their hearts for film festivals hosted in small theaters, in idyllic local neighborhoods, with thoughtful Q&As, and crowds as interesting as the films themselves. In many ways, that’s the kind of festival QDoc, The Portland Queer Documentary Film Festival offers itself as.

QDoc is the only festival in the US dedicated solely to LGBTQ+ nonfiction, and it makes space, like no other, for queer and trans documentarians. As with many good things, small festivals like this one were among the most impacted by COVID, but now, after a two-year hiatus and much uncertainty about the future, QDoc is set to return this November.

Like many Portlanders, festival director Molly King and her partner, Deb Kemp, who serves as a programer, fell in love with the festival attending one of their many colorful screenings. In this case, it was Packed in a Trunk, with filmmakers in attendance. Little did the couple know then that they would come to inherit QDoc from former festival directors Russ Gage and David Weissman, who founded the festival back in 2007. As Weissman recounts, meeting King and Kemp was the chance encounter that saved QDoc, as the two founding leaders needed to move on to other projects after a decade of running the festival.

Both Gage and Weissman moved to Portland from San Francisco, where they were heavily involved in Frameline, the world’s oldest LGBTQ+ film festival. Gage served as the director of operations and Weissman is a filmmaker, notably behind such films as We Were Here and The Cockettes. Both wanted to bring a similar queer space to Portland, but particularly for documentaries, which they both saw as underserved at mixed-genre festivals. 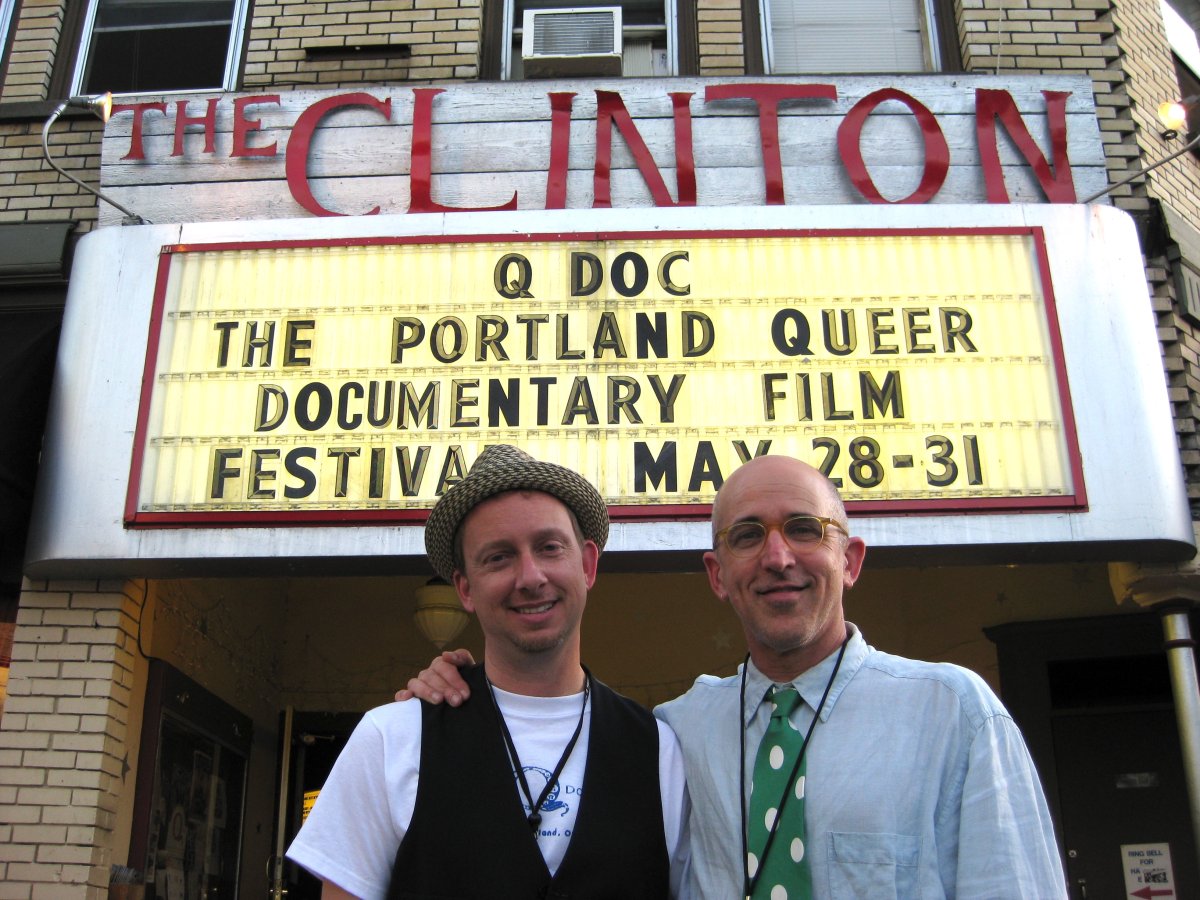 “We wanted it to be laser-focused on documentary films,” Gage maintains, reflecting on his motivations for starting the festival. “There is no better art form than documentary to capture and relate the rich and often-times hidden history of the LGBTQ+ community.”

So the two got to work, spending what little they had, prioritizing filmmaker attendance and carefully curating a first-of-its-kind program. The first festival opened with the trans documentary Red without Blue, with filmmakers and participants in attendance. As the years went on, the festival’s size remained the same, but its reputation as a summit for queer creators grew, attracting filmmakers from all over the world. Weissman saw this as the key to a meaningful festival. “I can’t tell you how many of the filmmakers who came, subsequently for many years, said that it was the best film festival experience they had,” he maintains. “It was that sense of being a real gathering place.”

Today, that desire to be a “gathering place” for LGBTQ+ filmmakers and audiences alike remains strong. It’s why King made the difficult decision to suspend the festival for two years instead of following some festivals in presenting the screenings virtually. 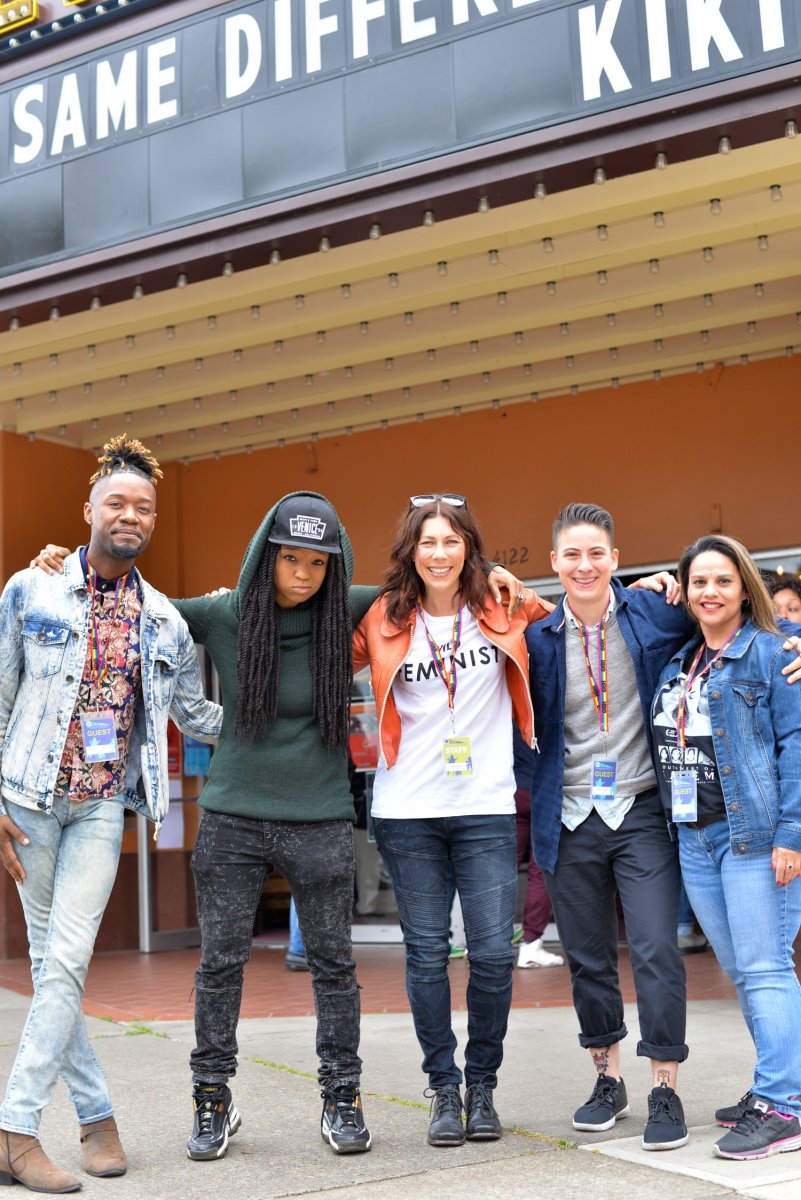 “So much of what makes QDoc what it is, is the gathering of friends and chosen family,” King notes. “Not being able to commune and gather with our community was probably the biggest challenge.”

As with many festivals that return to a “new normal,” challenges still remain. It will be a particularly demanding year for the festival, now in its 14th year, to bring audiences back to the theaters after a long hiatus. King has faith in the dedication of her long-time community to return to the theater for their LGBTQ+ nonfiction fix, but also felt returning in 2022 was vital in the face of increased hostility towards trans and queer people.

“Visibility and representation affirms us, inspires us, sometimes even saves us,” King asserts. “With our changing political climate and threats of our rights being taken away, it is absolutely necessary that we remain vigilant in elevating, celebrating, and supporting LGBTQ+ voices and creators.”

Hansen Bursic is a documentary filmmaker and journalist with words in CinéSPEAK, QBurgh, and Documentary magazine. He currently serves as the Marketing Manager at Outfest, which runs the world’s largest LGBTQ film festival.