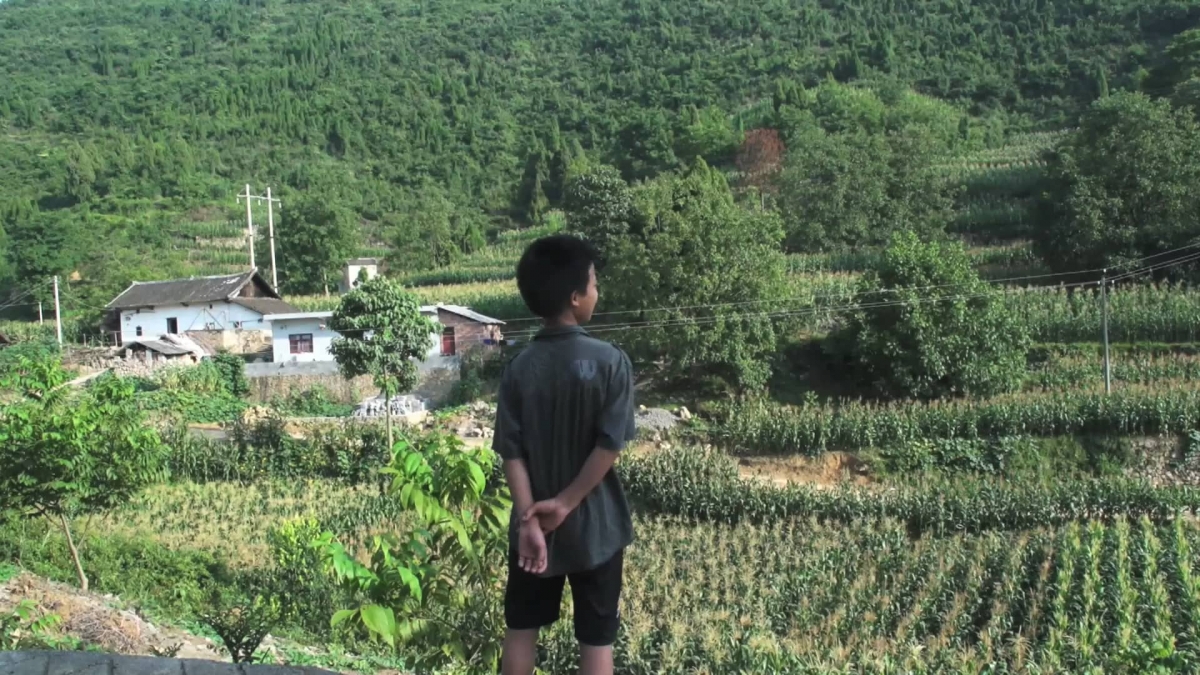 International Film Festival Rotterdam (IFFR) might not be the obvious place to go in search of documentary filmmaking. Doc-focused cousin International Documentary Film Festival Amsterdam (IDFA) takes place only an hour away and less than two months before, meaning IFFR, a festival most renowned for experimental short film, isn't exactly overflowing with nonfiction. Its openness toward the outlier and the unconventional, however, makes it a terrific space for finding exemplary films that revel in the in-between and are fluid and flexible with the definition of documentary and what engaging with truth might mean.

One of the smartest, most impressive films across all lengths and sidebars was James N. Kienitz Wilkins' Indefinite Pitch, a short, sharp essay that collapses in on itself. Starting out with a narrative voice set somewhere between Thom Andersen and Travis Wilkerson, a gruff, noir-voiced Wilkins performs a pitch for a film set in Berlin as still images of the city's landscapes cycle alongside. In the first of many twists in a digressive, reflexive, increasingly acerbic and hilarious film, this Berlin is revealed to be Berlin, New Hampshire, the film non-extant, and the pitch a mockery of itself. From here, Wilkins inverts his film frequently and fervently, satirizing the form he appropriates while playfully honoring it through a series of complex, developing meta-narratives that spiral from the central conceit to cover topics as diverse as landscape, childhood, cinema, racism and global economics. Ironic to the point that it may irritate some, Wilkins incriminates himself as much as those he accuses, positing a smart, simple and truly effective meta-inquiry that calls into question its very existence: "These are just thoughts… thoughts rooted in facts that have been freed by time."

Another film that presents itself one way, but is revealed to be something else entirely, is Theo Anthony's bluntly titled Rat Film, an informative, impressive feature that uses Baltimore's rodent problem as a leaping-off point for an investigation into wider related issues in the city and beyond. In the film, the rat population, estimated to be as large in number as the human residents, is used by journalist/photographer Anthony to examine the root historic and contemporary causes of a wide array of social problems in the city. Switching styles and techniques willfully, Anthony jumps between explorations of Baltimore's social housing policies; a 1950s experiment that used rats to explore the psychological impact of overcrowded living spaces; 3D-generated explorations of a speculative "New Baltimore"; and sequences that feature the city's rat hunters—both licensed and vigilante—taking viewers on the tour of the city and its gutters. These disparate approaches create an ambitious, associative map of the city that ultimately ties rat extermination with racial and social exclusion. Utilizing a distinctive, multidisciplinary approach, Anthony makes a compelling, intelligent and frequently mordantly humorous case that the city's governance problem is not a rodent one as much as a human one.

Entirely different in form but no less demanding was Chinese artist Rong Guang Rong's feature Children Are Not Afraid of Death, Children Are Afraid of Ghosts. An enigmatic proposition, Rong's film is ostensibly a documentary, but opens with a proclamation that all that follows is fictional and any resemblance to reality unintended. As it is presented, the director learns of a news story about four young children who committed suicide by swallowing pesticides, and becomes obsessed and mortified by it. Operating in a mode that might be called auto-reflexive inquiry, Rong tries—against the warnings (seen as texts coming into his phone) of his friends and collaborators—to investigate the village where the incident took place, and quickly finds himself obstructed by the local authorities as well as his own fears about what he might uncover.

Using a "child's mind and an adult's mouth," Rong deploys multiple narrative voices (his own, his children's, and the imagined thoughts of the dead children) and a host of challenging experimental devices (e.g.: a dramatic recreation of his arrest, using his son and his soft toys as actors; straight documentary-style handheld material with looped, distorted sound applied to destabilize; ten-minute static takes of the night sky) to explore what the incident might mean, or how these children's lives could be so miserable as to arrive at a "total rejection of this world." Those expecting any conclusive answers will be disappointed. This inquisition is not investigative but poetic—a series of associative, loose and deeply personal interludes with no end. Comparing the poverty and suffering of his childhood and that which his children now endure with the experience of the deceased, Rong's creation, amateurish in aesthetics but visceral and confrontational in tone, is emotional, disjointed and increasingly hysterical. His final note, upon reaching a point of angered empathetic exhaustion, is a disturbing one. Facing the unimaginable, these children reached a simple conclusion: "Death is the only dignity they can choose."

Similarly fragmentary, John Torres' People Power Bombshell: The Diary of Vietnam Rose is also an examination of sorts. Beginning with discovered materials from a lost film by Filipino filmmaker Celso Advento Castillo, Torres takes the decaying found footage and mixes it with his own newly recorded material, creating something that is at once documentary and fiction, a version of the originally intended feature fiction film and a documentary about its making. As much about the fractured relationship between the unpredictable director and then 19-year-old star Liz Alindogan as the troubled history of an unrealized production, People Power Bombshell is almost like an semi-artificial Hearts of Darkness, Fax Bahr, George Hickenlooper and Eleanor Coppola's record of the making of Apocalypse Now. Though in its peculiarity and eagerness to twist and trick, People Power Bombshell is perhaps more like fellow Filipino experimentalist Raya Martin's La Ultima Pelicula, itself a riff on Dennis Hopper's infamous The Last Movie, which also features doomed productions and celluloid excavations, if even less connection to reality. Exactly what it is is hard to discern. Splicing everything together, applying artificial film damage to the new footage, and layering overdubbed new dialogues and interviews amongst the original, Torres conflates locations and timelines, blurs the real and the fictitious, and creates a constantly dissolving mystery that sees the specters of a national cinema, long trapped inside decaying celluloid, freed at last.

No easier to grapple with, Tatsuya Mori's Fake is a suitably titled film for a filmmaker who once wrote a book called Documentaries Lie. Prior to Fake, Mori conducted a two-part investigation into Japan's notorious Aum Shinrikyo doomsday cult, A and A2, achieving unparalleled access to the interior mechanisms of the organization and showing a perspective that had been, up to that point, mostly unseen. Now, some 15 years later, Mori secures similar access to another contentious subject, Mamoru Samuragochi, a celebrated deaf composer, who was revealed as neither completely deaf nor the actual author of his own work. Outed by his ghostwriter, who has seized his fame, Samuragochi has found himself at the center of a media circus, discredited, humiliated and abandoned by all but his wife, whose loyalty confounds all those who now shame him.

Spending 16 months with Samuragochi in an apartment he never leaves, Mori reveals that the story isn't as simple as reported: Much of the specifics of the case have been ignored, the most rudimentary concern for fact-checking avoided, and any consideration for the human impact of the release of misinformation entirely disregarded. Mori's intent is immediately clear: to subvert the narrative that has been standardized. He's not looking for the truth, but to depict that which he experiences, which through its lack of dramatic narrative potential, would otherwise go unseen.

Fake is a simple documentary in execution, taking place in Samuragochi's apartment and consisting almost entirely of conversations. In these exchanges—between the composer and Mori, or with intermediaries from various news agencies, all of which are looking to further manipulate their source but promise to restore his credibility—Mori manages to expound many ideas, encouraging his audience to focus not on what the reality of the matter might be, but on the human impact of the very public, sensational manner in which it has been discussed.

What this perhaps amounts to is a treatise for media literacy, a call not for documentary truth, but for more of a relationship with fact from filmic reportage than the media affords. Mori makes no attempt to divine the truth of the incident, what role Samuragochi played in his compositions or the degree to which he can or cannot hear; the filmmaker instead vouches for more attention to detail, time spent exploring the specificities of situation, as opposed to the destruction of nuance present in rapid-churn media cycles. Sensitive and deeply empathetic, Fake serves as testimony for the importance of humanism in nonfiction. "I couldn't film you if I didn't trust you," says Mori when Samuragochi asks whether he believes his testimony. "It would be like a double suicide." 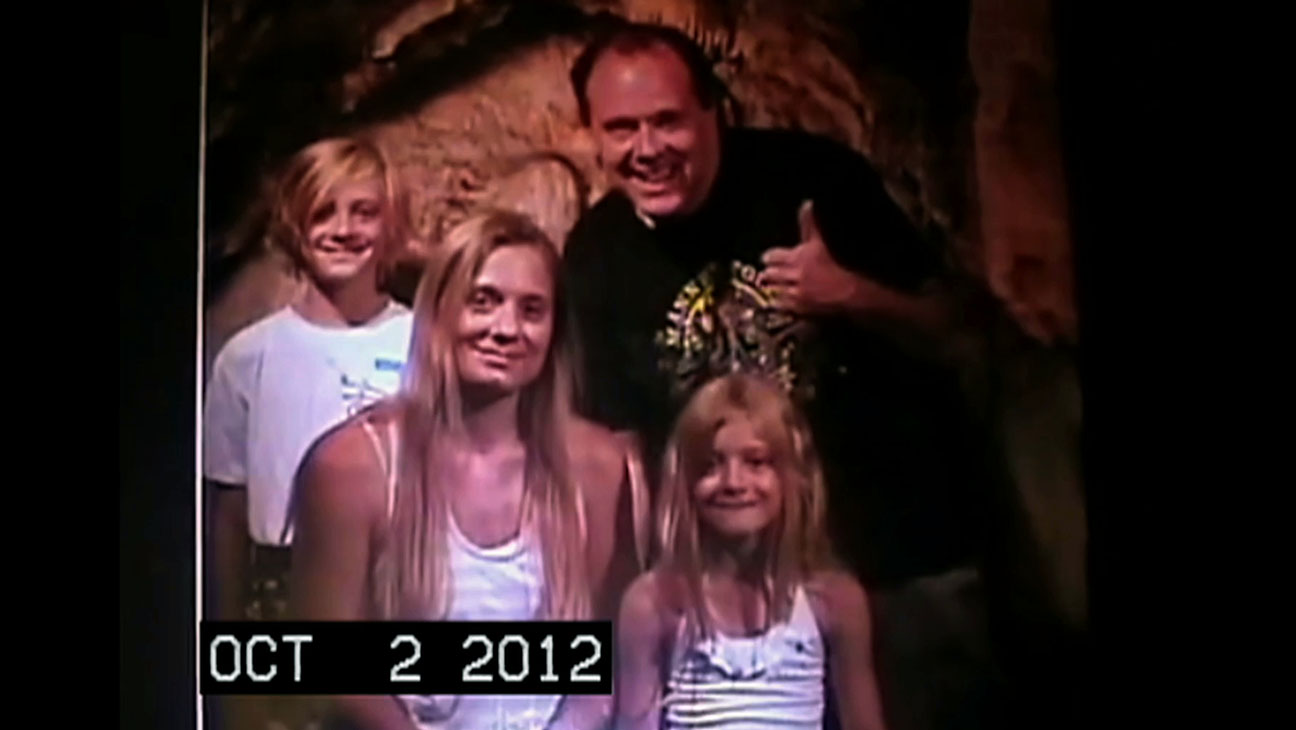 Slipperier yet, in Fraud, Dean Fleischer-Camp takes more than 100 hours of an unknown American family's home-movie recordings found online, and condenses them into a lean, provocative 50-minute narrative. The story he finds in the material is one fitting for the medium: a tale of economic anxiety, hyper-consumerism and white-collar crime that sees an ordinary family, having overreached in their spending, becoming sucked into the nefarious activities of the film's title—a nod to the storyline as much as the filmmaker's construction of it. At Fraud's center is a paradox, one always present but rarely made so visible; the material is genuine, but its assembly a falsification. Fleischer-Camp, with editor Jonathan Rippon, achieves something of a masterwork of selection, deep-diving into the material and chopping, stitching and recontextualizing it into a rapid barrage of associative, loaded images.

When described, Fraud sounds fairly cruel. A filmmaker takes ownership of the visual material of other people's lives, strips it of the context in which it was created and imposes a narrative upon it—one that doesn't reflect upon them favorably, at that. Yet, for whatever reason—whether the tenacity of the act, the ingenuity of its assemblage or the sensitivity with which it's achieved— Fleischer-Camp and Rippon's creation doesn't feel exploitative. The indictment, expressed most viscerally through the surreal conclusion set in an Apple store on the launch of the iPhone5, is not of this family's materialist vices, but of all such delusions, of the ubiquity of consumerism and our visible, public engagement with it through the use of self-surveilling digital platforms. More interesting than this criticism, however, is the manner in which it arrives and the reactions it provokes. As with all of the documentaries above, content arrives in unity with form, delivery, construction and context as important as the message or meaning it contains. A piece of provocation fit for a late-capitalist age, Fraud underscores the medium as the message.