'Who Controls the Story?' Dominates the Conversation at Sundance Film Festival '18 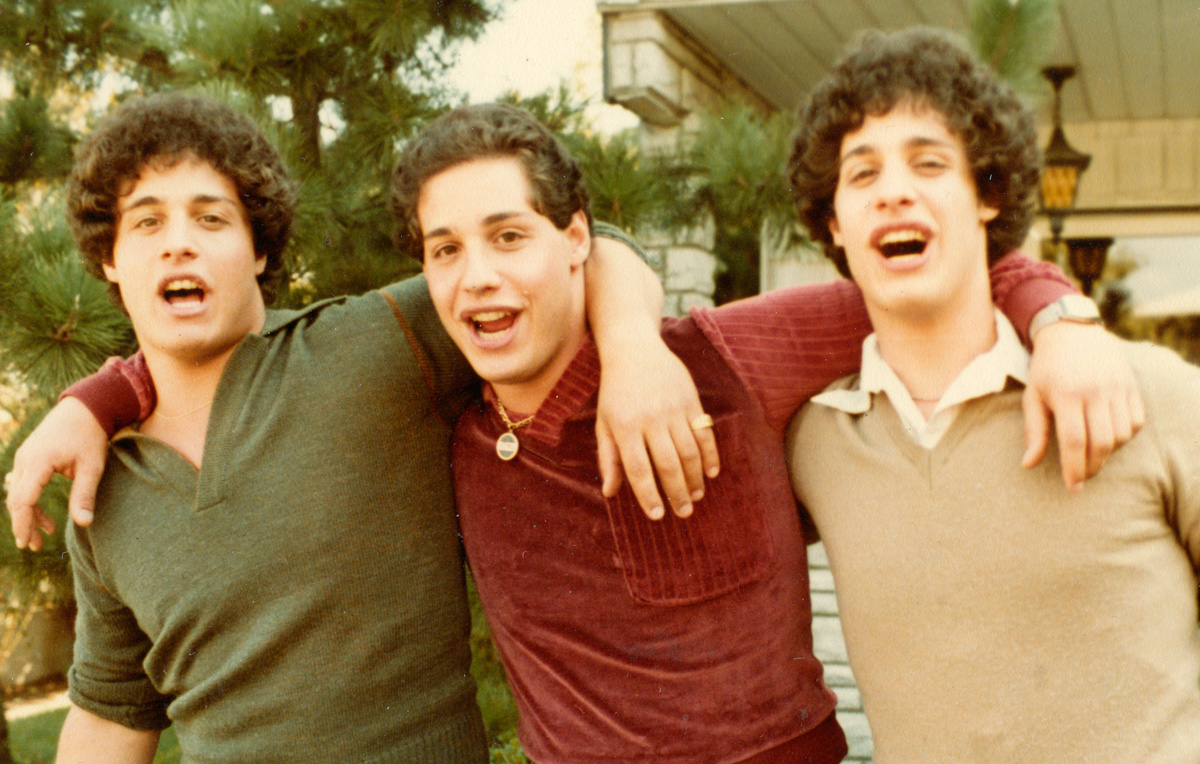 The 2018 Sundance Film Festival kicked off for me at the Firelight Media party at the Kickstarter Lodge, with a fired-up crowd anticipating the Women's Marches taking place across the country the next day. Firelighters Stanley Nelson, Marcia Smith and Sonya Childress addressed the attendees, then introduced activists and attorneys from around the country, who reminded the crowd of the long and difficult fight ahead. And the next day, such rebel legends as Jane Fonda and Gloria Allred exhorted the protesters at the "Respect Rally." Conceived as an alternative to the Women's March in Park City this year, the rally, teeming with the #MeToo/#TimesUp spirit, fueled the festival over the next ten days.

Days later, The New York Times Op-Docs presented a stirring panel called "Race, Sex, Power: Who Controls the Story?" The speakers included moderator/executive producer Kathleen Lingo; reporter Jodi Kantor, whose tsunamic investigation with Megan Twohey into Harvey Weinstein's history of sexual predation rocked the Hollywood firmament; Op-Ed columnist Charles Blow, whose eloquent considerations of race in the Trump Era have fueled conversations both online and on-the-ground; and filmmaker Garrett Bradley, whose short Alone streamed on Op-Docs and won the Jury Prize for Best Documentary Short at the 2017 Sundance Film Festival. And the placement of the panelists—a reporter and a columnist flanking a filmmaker—underscored the roles each of them had in providing a forum for unheard voices telling unheard stories, and how that impacts popular culture.

"We bear some real responsibility in the way that story has been crafted," Blow noted. "The American story has been made into a fiction because it's only about a quarter of the story of America. We're in that incredible moment of reclamation of memory. One of the things that's striking to me is how quickly we can forget—one generation and a whole set of facts will just disappear. And it's been allowed to disappear—and that is completely on our shoulders.

"Each of us is blind to our own privileges, and that prevents us from empathizing with oppression," Blow continued. "It's a job to find a way to empathy. I have to listen and center the person who is feeling oppression and not center myself as a person with privilege. Once you start to listen, there are so many stories that you don't know. As Maya Angelou said, 'Because I am human, nothing human can be foreign to me.'" Bradley, whose film centers around a black woman engaged to marry an incarcerated man, addressed the challenges of deep listening: "How do you deal with the subject of incarceration from the perspective of a woman of color? How do you personalize that experience from a place of compassion, and create a dialogue around an issue? Can you be compassionate without personalizing?"

"Our reporting was a collection of personal stories," Kantor added. "Seeing that as collective rather than individual, we watched people go from a painful story to an empowering one."

Shifting the conversation to the current polarization in American culture, Lingo asked the panel, "How can a journalist or filmmaker or columnist break through that [polarization] in terms of getting your voices out there and making sure there's a public discourse?"

"We tell complicated, truthful, surprising stories that don't come in a prepackaged narrative," Kantor responded. "We want people to read a story and recognize complexity in our lives. Social media helps push a story out into the world. What polarizes the world can move the journalism with real force and real speed."

"There's power in thinking about every individual that you come across [in terms] of the complexities of individuals," Bradley noted. "The more we can start to think about how to diversify that investigation, it's actually an asset; it's not so much a politically correct obligation."

"It's important because we want the truth," Kantor added. "What I've discovered in my work is that gender—and this is true of race as well—is a subject, and it's also a solvent and decoder. In a lot of stories I've found, because women and people of color are often outsiders in an organization, if you follow their stories you'll discover the truth. They are the canaries in the coal mine. As an investigative reporter, you're always looking for your ways in, so look for the people who can teach you about the truth of a culture. Through other eyes you'll see things no one else will see."

"Racism and sexism come from a fear of losing something and someone else gets what you have," Bradley observed. "If we can start to create a society where that isn't fundamentally believed, then a lot of these systems will start to shift."

The panel then addressed their roles as activists—unwitting or not. Kantor and Blow believed in letting their work spark the conversation. "In the newsroom, we feel pretty strongly that we're not activists," Kantor maintained. "I feel it's my job to document reality and investigate secrets. Journalists have special roles: We're diggers, we're trying to find new information that's been kept from public view, and we have this social superpower where you can basically go up to anybody and ask then anything. A lot of people were afraid of Harvey Weinstein, but we weren't because we had nothing to lose. It's important that if you're playing that role, you're not playing the position of the activist. Your goal is to find the information and put it out there. The magic is in the interaction with the readers and what you choose to do with it. Those Weinstein stories would have been so much less powerful if they were followed by a postscript saying, 'It's now time for women across the US to mobilize around the issue of sexual harassment.' That wasn't for us to say; that was for you guys to say."

"I stay as far away from being an activist as possible," Blow added. "If what I write can fuel activism, great. For me, it's documentation and the old saw of newspapers as the first draft of history. I have a role of bearing witness."

The panel reemphasized the importance of embracing nuance and honing in on complexity. "In times like these, there is an oversimplification," Bradley stated. "The individualizing of experience is really important. In my film, I tried to explore a long story in 12 different scenes that gave you a full picture of who Alone is—as a human being, as a black woman and a mother, and as someone who deserves love and compassion. How can those 12 scenes connect with anybody at any point to which they enter the film? I'd like them to understand the past and present all in that moment."

"The public has a much longer attention span than we think, and they definitely have more of an appetite for nuance and complexity than there is on social media," Kantor asserted. "When I hear people talking about these issues, I hear a lot of respectful dialogue, of people truly trying to understand each other in new way. That makes me really hopeful."

Seemingly taking its cues from the panel to pursue ground-level storytelling to amplify a macro issue, Stephen Maing's Crime + Punishment, which earned both an IDA Enterprise Documentary Grant and a Special Jury Award for Social Impact, follows three intrepid individuals—two whistleblowers within the New York Police Department and one former cop turned private investigator who has devoted his second career to exposing arrest quota practices in the NYPD—as they put their careers on the line to tell the truth. Maing was afforded extraordinary access over a five-year period, as his protagonists are pressured into meeting revenue-producing quotas and suffering the humiliating consequences of falling short—demotion, petty demerits—while Manual Gomez, the private investigator, takes on the case of a victim of the NYPD policies, a young Latino arrested multiple times. Maing has deftly woven together this trio of David-and-Goliath stories to shine a bright light on the dastardly deeds of the men in blue.

Audience Award winner The Sentence gets even more up close and personal, unveiling the human side and devastating impact of mandatory minimum sentencing on one family over a ten-year period. Filmmaker Rudy Valdez follows the ordeal of his sister Cindy as she serves a 15-year sentence for a wrong place/wrong time/wrong guy incident, and although the state of Michigan had dismissed the charges, and she had started a new life, the feds had a different idea. Her transfer from facility to facility takes her further away from her family in Michigan, as her three daughters blossom from toddlers to teens and her husband struggles with the role of single dad and long-distance spouse. Valdez is there throughout; he admits in the film, "Standing behind the camera allows me to cope with what I've seen"—but then, he confesses, "This is the coward's way out." In the Q&A, he later explained, "As a vérité cinematographer and director, you're with people in their worst days, and that screen allows you to separate…It was a coping mechanism." From the audience, the great cinematographer Kirsten Johnson—someone who knows a thing or two about the power of the camera—commended Valdez: "I saw your camera-work as time travel. You kept us in the emotion the entire time. It was ten years of grief."

For Robert Shafran, David Kellman and Eddy Galland, the grieving came later in their lives, After the joy of discovering that they were identical triplets, and the fame such a phenomenon had brought them, they were stunned by a different discovery: They had been lab rats in a sociogenetic nature/nurture experiment, intentionally separated at birth and doled out to families of different social strata and styles of parenting. Director Tim Wardle and editor Michael Harte deftly shaped the story into a multi-layered thriller, drawing the viewer into the ripe-for-tabloid novelty of three identical strangers, shifting the story into something more sinister and mysterious and, by deftly ferreting out a cast of witting and unwitting enablers, unveiling a tale of betrayal and loss. Three Identical Strangers earned a Special Jury Award for Storytelling. 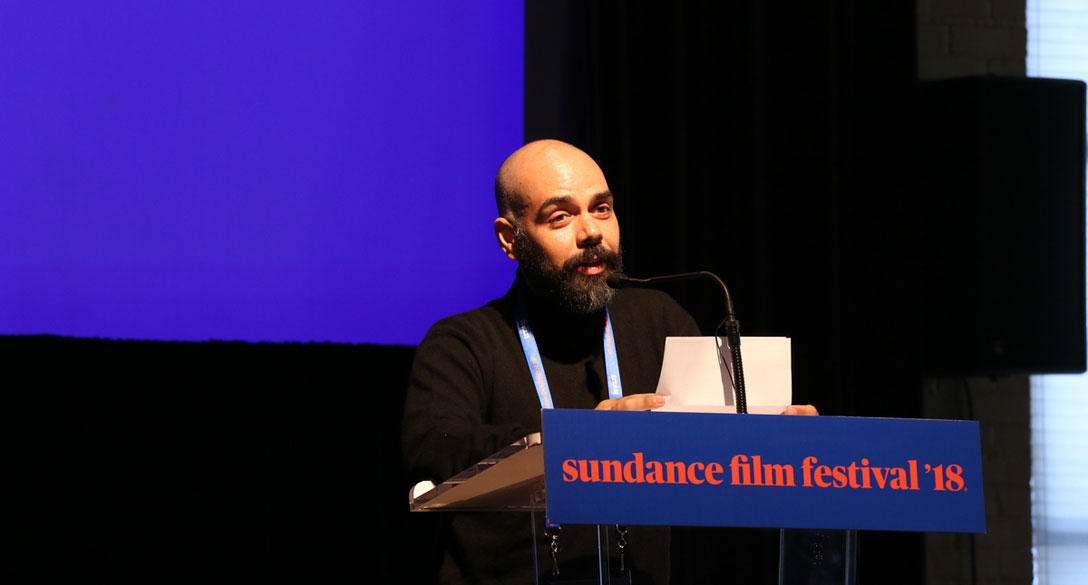 A fitting coda to my Sundance 2018 experience, following that exemplary display of flow and structure, was the Art of Editing Reception, which, as Sundance Institute Documentary Film Program Director Tabitha Jackson put it in her intro, "Recognizes and celebrates editors as artists, therapists, mediators, writers and equal collaborators." Director/editor Pedro Kos delivered the keynote address—and it's important to note his dual role, since he drew his remarks from a letter he had written to himself a year before as he was embarking on his first adventure as director, having honed his craft on such docs as Waste Land, The Square, The Island President and The Crash Reel. That seemingly wiser self reminded this new self of the joy he had first felt when he launched his career. "The creative process won't be as painful if you don't hold things in," he advised himself. "I'm going to offer solutions now so you can present them as you own later: Take risks and fail and break things…Don't confuse us with the tools that we use…We are not just technicians, we are storytellers…We are not just there to serve and troubleshoot system errors, but to collaborate…In order to tell human stories properly, you need to take part in the human experience fully…" Taking that profound missive of advice from his editor self, his director self, having gone through the reverse process of working with his editorial team, concluded, "Start with a base of self-respect, a commitment to healthy and constant two-way communication, and the recognition of the basic humanity of our fellow collaborators."