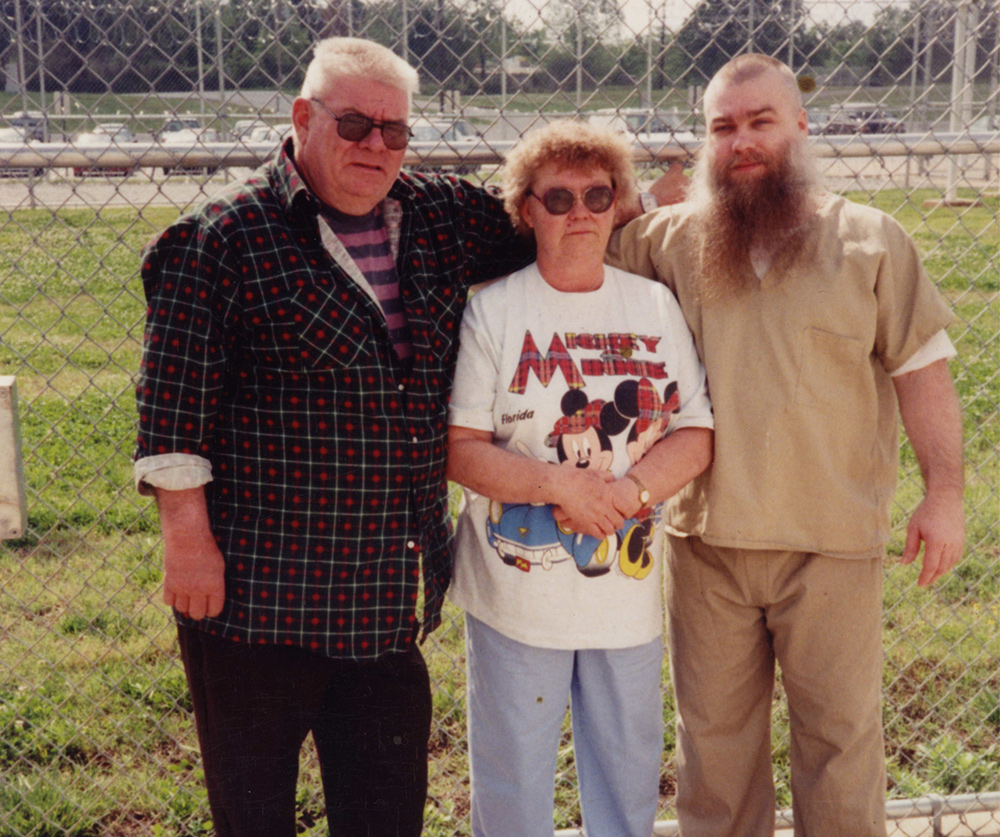 The 10-part series, by the filmmakers Laura Ricciardi and Moira Demos, depicts a true-crime saga that seethes with troubling questions over whether Steven Avery, a Wisconsin man convicted of the 2005 murder of a young woman, was framed by law enforcement officials. But the prosecutor in the case, Ken Kratz, said viewers convinced of Mr. Avery's innocence did not get to see the important evidence that led a jury to convict him. The series "really presents misinformation," Mr. Kratz said in an interview on Monday. He portrayed the program as a tool of Mr. Avery's defense and accused the filmmakers of intentionally withholding facts that would lead viewers to see his guilt. Much less than a dispassionate portrayal of the case, the film is a result of the filmmakers' "agenda" to portray Mr. Avery as innocent and stoke public outrage, Mr. Kratz said. "That is absolutely what they wanted to happen," he added.

And Katie Wilson Berg at The Hollywood Reporter looks at how Kratz was bashed on Yelp:

Today Kratz is a criminal defense lawyer in Wisconsin with his own shingle, Kratz Law Firm, which currently has a rating of only one-and-a-half stars on Yelp as people have flooded the business with scathing reviews now that he's returned to the spotlight with Making a Murderer. One Los Angeles Yelp user posted on Kratz Law Firm's Yelp page, "Ken Kratz represents all that is WRONG in this world. He developed a FALSE narrative to jail two innocent men, Free Stephen Avery and Brendan Dassey, when really, he should be the one behind bars. He is the scum of the earth." Another comment from Austin, Tex. reads, "Need a lawyer that broadcasts a manufactured confession to news casters in an attempt to presume guilt before a trial takes place?  Need a man who will lie and say certain investigators were not conducting searches, when in fact they were?  Need the kind of man that sexually harasses battered women he 'represents'?  Call Ken, he's possibly the most inept prosecutor of all time.  Crooked cops, he's got 'em, in the pocket forensics? Not a problem!"

Over at Indiewire, entertainment attorney Victoria S. Cook writes a guest post on how gender parity in documentary filmmaking is still not quite where it should be:

There has been a lot of long-overdue talk recently about the underrepresentation of women and people of color as directors in the entertainment industry as a whole. Much of the public conversation surrounding this issue has paid particular attention to the underrepresentation of women in the major categories at the Oscars. But there has been no similar outcry about this also being a pervasive problem in the documentary category, despite the fact that in the past 20 years only one female director (Laura Poitras) and one female co-director (Zana Briski) have won in the Best Documentary Feature category. [...] Maybe we believe that the documentary world is more inclusive because the documentary branch of the Academy itself is reportedly 40% female. Notwithstanding the legion of women in the branch, the dismal statistic that less than 10% of the winners in the last 20 years have been women demonstrates that even a branch with many women voters still fails to hand the statue to other women, let alone to people of color.

As a followup, Indiewire's Anthony Kaufman asks what happens next:

It's not the first time that questions of sexism have dogged the documentary business, which according to studies, still remains far more inclusive than narrative filmmaking. (Reports suggest about 40% of documentaries at the top film festivals were directed by women, compared to 18% of narrative features.) But in 2014, when the Academy snubbed such beloved female-directed docs as Sarah Polley's Stories We Tell and Gabriela Cowperthwaite's Blackfish, some critics cried foul. [...] While it's true that white men have directed the vast preponderance of Oscar-winning documentaries in the last two decades, the Academy Awards have always been a dicey evaluative category, prone to other areas of politicking and internal controversy. But what has happened since? Perhaps, as Cook suggests, the rise of documentaries' prominence in the film industry has come along with a concurrent gender bias. Per Cook, "As documentaries have become big business, the doors immediately started closing."

From The New York Times, The Carpetbagger looks at the particulars and politics of the documentary Oscar race:

For years, the Academy's documentary choices had been denounced for what the critic Owen Gleiberman described as a "self-defeating aesthetic of granola documentary correctness." In 2009, he lamented that the shortlist -- which is culled from all eligible entrants, and from which the final five nominations are drawn -- not only excluded some of that year's most entertainment nonfiction offerings but also came off like a "program for the Mother Teresa Film Festival." In other words, too much spinach. But is there a chance that things have since swung too far the other way? In 2012, the Academy changed its rules and began requiring that only documentaries that had been reviewed in The Los Angeles Times or The New York Times would be eligible for Oscar nominations, a decision that kept more obscure films out of the race.

Over at Elle, documentary filmmaker Farihah Zaman, whose father was killed in an attack by the Taliban in Kabul, learns that grief is not a sign of weakness:

One of the reasons I make documentaries is that I like to push myself. For my film This Time Next Year, about a New Jersey community in the year after Hurricane Sandy, I trudged through flooded marshes in full-body waders, went 60 feet up in a fireman's crane, climbed out onto slippery moss-covered jetties and through crumbling construction sites in a dress. I've embedded with U.N. peacekeepers in Haiti, learned to shoot an AK-47, gone on night raids and into riots wearing a bulletproof vest and helmet. In the face of chaos, I grow only more calm and practical. In times of vulnerability and need, however, the strategies I've adapted to protect myself instead fill me with doubt. I panic at the idea that if I'm not constantly that tough girl, then I'll be too weak to go on. [...] Another reason I chose to become a documentary filmmaker is that I want to listen to people who feel overlooked, to make them feel heard, and by amplifying their voice, increase the amount of compassion in the world by whatever small measure I can. But I have little compassion for myself. I berate myself about how I should be okay by now, that my grief is embarrassing, that—fine—it's okay to have a few blue days when the anniversary of Dad's death rolls around, but the series finale of Parenthood should not reduce me to an emotionally drained shell of a human being. Or should it? Or maybe the right question is: So what if it does?

"Other than Errol Morris and Michael Moore, virtually everyone is funded in some way by television," points out Alex Gibney, producer/writer of The Trials of Henry Kissinger and producer of the PBS series The Blues. "If that's the case, then why punish the filmmakers ?" Gibney speaks from experience: Kissinger played in over 100 theaters in America but was ineligible for an Oscar nomination because it had aired once on the BBC prior to its theatrical release. "It's legitimate for the academy to say theatrical exhibition is a prerequisite" says Gibney. "But given how difficult it is to finance documentaries, it seems unfortunate that they weigh so heavily against television."

The return of Super 8: why Kodak’s rebooted old-school camera could be a hit
read more

The New York Public Library just uploaded nearly 200,000 images you can use for free
read more