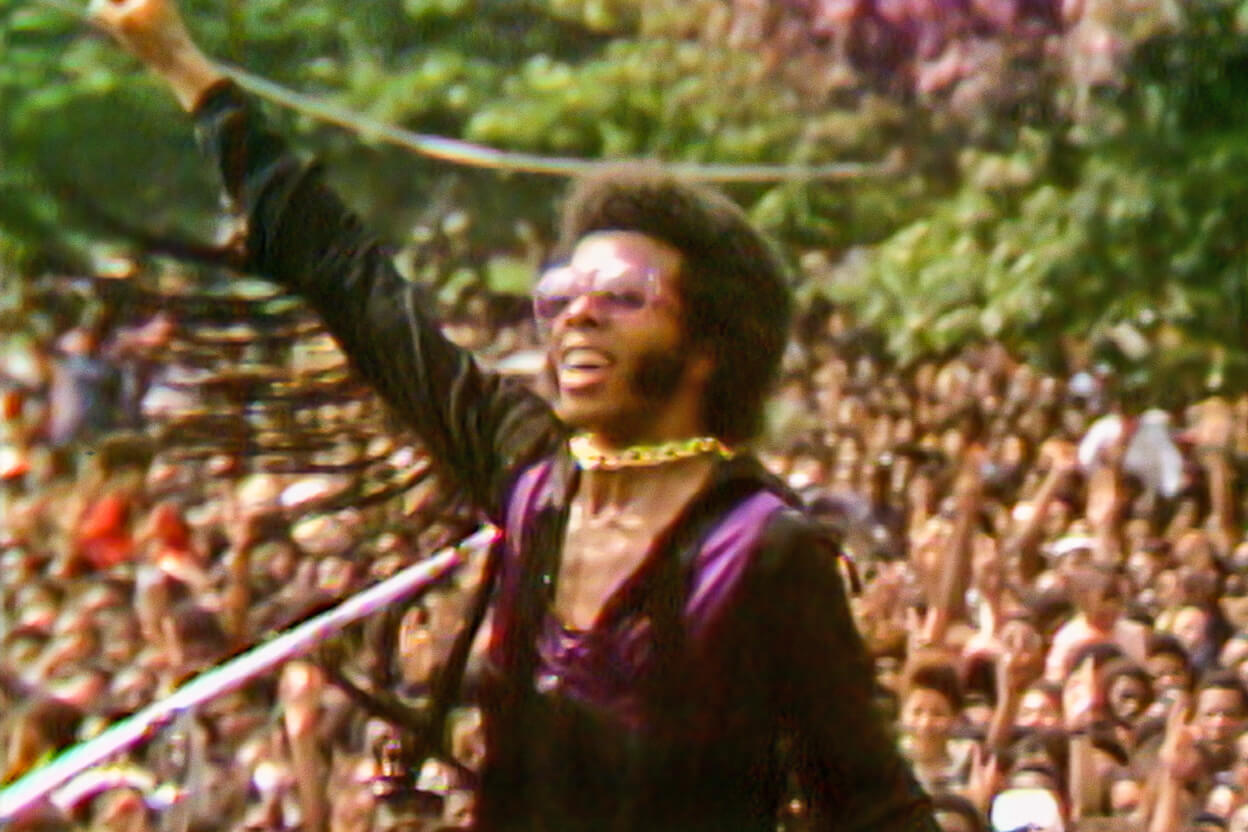 Hyperallergic’s Forrest Cardamenis speaks to Theo Anthony about the filmmaker’s research on the historical roots of camera and surveillance technologies, which has led to the making of the recently released All Light, Everywhere.

The important thing to understand about a lot of these technology companies is that they’re always waging this PR war of their own. They’re trying to get their names out there and are very eager to talk to press in a lot of instances. Particularly with surveillance technologies, the way which they are pitched to the public is so often about increasing transparency, and that through that greater understanding we can have greater accountability. That’s the sales pitch. You have the trifold pamphlet, it’s like "transparency, understanding, accountability."

Over at POV Magazine, Maya Gallus writes an essay on the "dazzling beauty" of the works of filmmaker Chantal Akerman, who would’ve turned 71 on June 6.

Watching a Chantal Akerman film is like taking a Rorschach test: what you see, or feel, depends on your own state of mind. One can analyze her work—and many have—but the director largely chose not to explain it herself. Akerman’s films require a commitment from the viewer, with long takes that provoke restlessness, or unease, unless one is willing to yield, in which case there follows acceptance or, perhaps, resignation—yes, this is how it goes, such is life. And there is beauty, always beauty, at times so breathtaking as to become heartbreaking.

Sonya Childress’ new essay in Medium connects the dots between states fighting to ban the teaching of Critical Race Theory in K-12 public schools, and the ways in which the ripple effects will run through the documentary filmmaking community.

This battle is not about an ideological agenda, it is about our ability to lay witness to our common experience. When truth-telling is suppressed the very work of documentary filmmaking is in jeopardy, and democracy along with it. Documentary filmmakers, flanked by educators and journalists, stand at the defense of a representative democracy that is predicated on an unvarnished accounting our present, and our past. To stand by as truth itself is attacked is to risk a slow descent into censorship, historical amnesia and autocratic rule.

Reverse Shot’s Caden Mark Gardner writes on Michael Robinson’s Onward Lossless Follows, a film that communicates "doomscrolling as a cinematic language," and captures "the Internet as a feeling."

The story of American identity in the 21st century cannot be told without acknowledging that social media has shifted the ways we talk, interact, and forge communities. Robinson shows the power of that identity taking shape through the seduction and instantaneous gratification in being engaged with our screens, which may ultimately prove little more than a dubious retreat from loneliness in a vast, dried-up country. A collage of psychic collapse in the digital age, Onward Lossless Follows strikes me as a major inflection point in American cinema.

For Seen Journal’s Spring issue, Karas Lamb reaches out to Ahmir "Questlove" Thompson whose Summer of Soul, Lamb says, "liberates one of the most important but little-known moments in Black music that championed Black pride."

I’m the kind of guy that watches musical documentaries and I’m always talking to the screen, because this particular instrument wasn’t invented in 1965, or that’s the wrong time period—the details are off. I also had the burning question: how was Black erasure so normalized that not one person or network saw fit to give it a blurb or even a mention?

So that’s where I entered. I spent one year just absorbing and learning. But you know, my production partner Joseph Patel basically said, "Look, you put records together, you write books—this is the same thing. You have to figure out what your story is. And once we map out what the story is, then we tell that story." And, thank God, I think we nailed it.

Also for Seen, Keisha Rae Witherspoon pens an evocative letter explaining the creative choices she made while making T.

There were some basic questions I found myself faced with: what is it to be Black in 21st century Miami? The country at large? Why does grief take form for us, down here, through the rest-in-peace T-shirt? Is it simply remembrance or is it plumage? Is it a cape or perhaps a skin—a shroud of our loved ones’ DNA that might travel with us, warm and protect us? What is it to carry the broad preservation of imploding American society in one hand and in the other, the microcosmic preservation of the self? One’s own heart. Which do we release when we’re tired? When there’s dirt in our eye?

Sight & Sound’s Nick Bradshaw listens as Gunda filmmaker Victor Kossakovsky speaks about using cinema to "show you something you are unable to see."

Cinema and animals, nothing else. Long shots, no editing, no voice or text, no music and no other emotional pressure, so you finally see animals as they are – suffering, enjoying life; intelligent, with all the emotions we have. They feel, experience freedom as we would do, but they are not human; not better than us, just different. They have a right to be here, to be free, happy, just like we do.

From the Archive, February 2015 issue: "Finding Beauty in the Slaughterhouse in ‘The Reaper’"

One would never expect a film about a place where cows go to die to be so visually and emotionally beautiful. But the deliberate pacing and slow reveals in the 29 minutes of Gabriel Serra Arguello's The Reaper (La Parka) make the violence and gore inherent in a documentary about a slaughterhouse surprisingly tolerable. Unlike an advertisement you might see for an animal rights campaign, the visceral parts aren't the most weighty; instead, the film is heavily focused on the realities of death as experienced by Efraín Jiménez García, the film's titular Reaper—the one who delivers the final blow to the bulls set for slaughter.