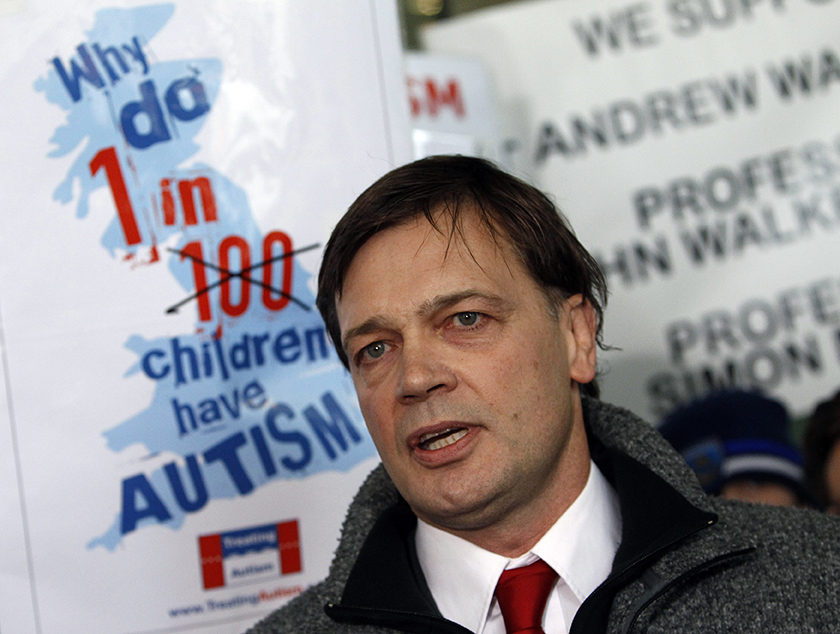 From the Los Angeles Times, columnist Michael Hiltzik weighs in on the hot discussion this week about the Tribeca Film Festival's decision to screen the anti-vaccine doc Vaxxed: From Cover-Up to Conspiracy, from physician-turned-director Andrew Wakefield.

Careless actions such as those of the Tribeca Film Festival don't contribute to "dialogue and discussion," as the festival's PR would have it; they just spread misinformation and pseudoscience and undermine public health. No one would say that Wakefield's film should be suppressed. But the question is whether it deserves to be shown under the imprimatur of a respected cultural institution—or if that institution, the Tribeca festival, is sullying its own reputation by giving Wakefield a platform.

As Al Jazeera America shutters up its business next month, IndieWire's Anthony Kauffman looks into the fate of the docs that never aired on the channel.

Available in over 60 million households, about a third less than its major rivals, some programs barely registered on Nielsen's ratings. One senior executive told CNN, "The journalism was there. The audience was not there." Now filmmakers are worried about whether their films will ever get the chance to find audiences in the future. With the channel gone as of April 30, dozens of independent documentaries will be left without a US home.

From the Sundance.org blog, Peter Kurie cites six docs to watch as the Supreme Court hears arguments about abortion rights.

One of America's most contentious and polarizing issues once again hinges on an upcoming Supreme Court decision. Earlier this month, the Supreme Court heard oral arguments in Whole Woman's Health v. Hellerstedt, one of the most consequential and closely watched abortion cases in years, addressing the length to which states can go in regulating abortions without violating a woman's constitutional rights. Specifically, the court will decide whether abortion providers' admitting privileges and other restrictions place an "undue burden" on women's access. The case turns on new restrictions placed on abortion clinics in Texas, which may force many clinics in the state to close their doors.

For all his intellectual power of abstraction and analysis, Wiseman is a sensualist, who is also in love with tones and gestures, vocal inflections and bodies in motion. It's precisely because he finds them both so alluring and so distracting that he finds the ideas they embody. He doesn't look past or through them; he simply sees them clearly and conveys his own delight in doing so.

From Fandor, Conor Bateman ruminates on the essay films of Jenni Olson:

In Olson's work the rumination on cinema serves not only as a point of insight or analysis but also a reflection on the way film intermingles with our own memories. The narrator in The Joy of Life, voiced by Harry Dodge, misremembers the structure of Frank Capra's It's A Wonderful Life, believing that the film opens on James Stewart's attempted suicide when, in fact, it happens almost exactly in the middle of the film. In The Royal Road, many films are cited: The Children's Hour, Sunset Boulevard and Brief Encounter among them. The most potent citation is one that echoes Chris Marker's Sans Soleil, that being an analysis of Alfred Hitchcock's Vertigo. Olson queries the Proustian connection in the name Madeline alongside an observation about the film's geographic structure, as Scotty and Madeline drive down El Camino Real to Mission San Juan Bautista, mirroring the supposed route taken by Fr. Junípero Serra.

Twitter turned 10 this week; BloombergBusiness spoke to founder Jack Dorsey about the past, present and future of the transformative social media giant.

Our first wave of usage was really around the tech early adopters…But our second wave was around journalists and writers. Over the 10 years, every wave thereafter was an entirely new-use case—a new way of people finding their voice. For people who were new to the service, it was just a very fast and easy way to figure out what's happening around whatever their interest was.

The hopes are high for both Kartemquin Films and Al Jazeera America that Hard Earned will connect with viewers through these stories of low-wage workers in America. "Audiences connect and realize what a large percentage of Americans is working in this way," says [series producer Maggie] Bowman. "People will get invested in their stories pretty immediately and will follow them throughout six weeks," says Al Jazeera America's [Cynthia] Kane. "This could be a breakthrough to people who are not ordinarily doc viewers."