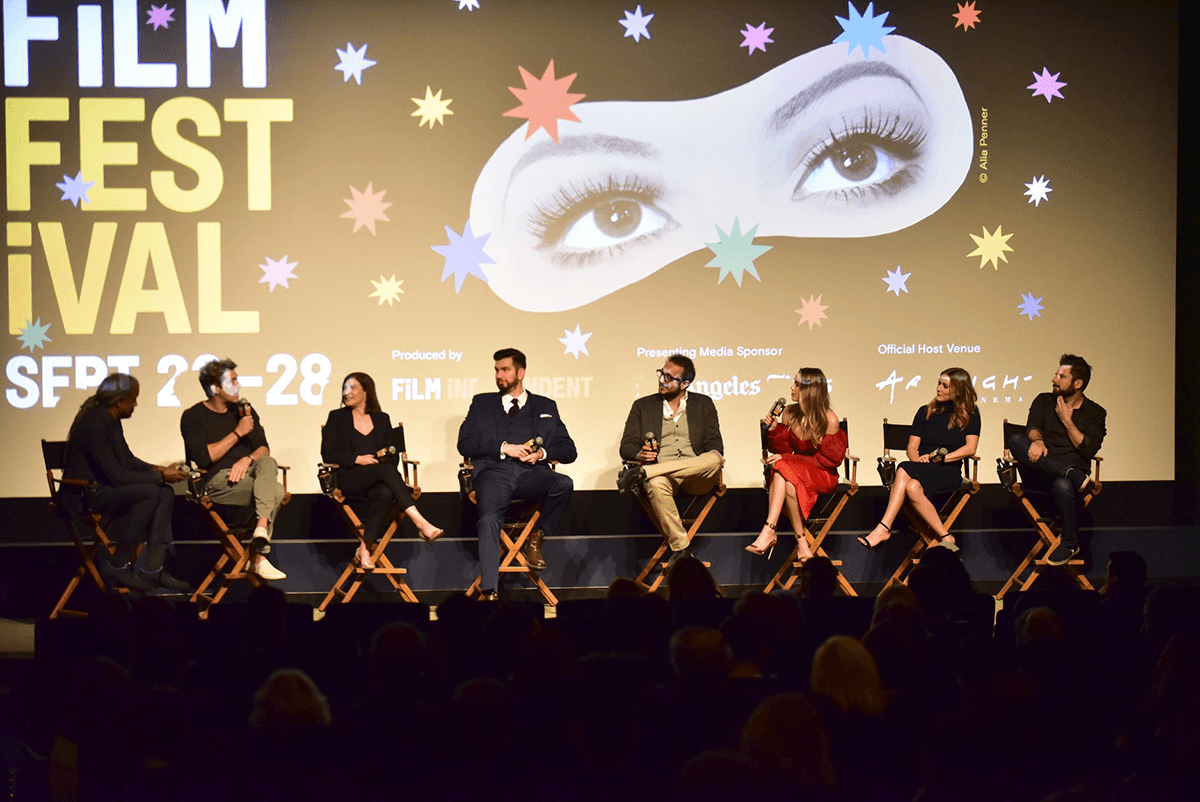 The New Yorker’s Richard Brody speculates on the shutting-down in FilmStruck:

Consumers have been weaned off disks with the promise of convenience, of weightlessness, spacelessness, infinite portability, and a large (but unstable) library of offerings. In exchange, they’re tethered to the mothership for good.

In the wake of Film Independent’s announcement that it would be closing its Los Angeles Film Festival after 18 years, RealScreen’s Frederick Blichert speaks to Ashley York and Sally Rubin, makers of hilbilly, of the festival’s final Documentary Award-winner, about the value of LAFF.

“I think the role of film festivals as well as these programs — assist and finance and support filmmakers — are all evolving too in this media culture that we’re in. The landscape is changing so rapidly. It has been for 10 years,”

As the midterm elections loom, The Root’s Angela Helm catches up with filmmakers Yoruba Richen, Monica Berra and Jackie Olive about their short Crooked Lines, which examines racial gerrymandering in North Carolina.

“And in 2016, there were a lot of questions of how did this happen? The issue of gerrymandering … I’d heard of it vaguely, I’d followed it, but it wasn’t until [Trump’s presidency] in 2016 that I really focused on it and started to understand how deep this was.”

IndieWire’s Ben Travers talks to filmmaker Steve James about his highly acclaimed series America to Me--and how it has struggled to gain traction with audiences.

With the television world “even more crowded” than independent film market, James is still searching for the best way to get his team’s work seen by the widest possible audience. That may sound ridiculous given the director’s pedigree, but in 2018, it’s a question every filmmaker needs to ask.

"We are not a festival that likes to operate predominantly with a thematic definition; I would rather try to read between the lines. One of the focal points of global documentary filmmaking is traditionally politics, an area that is spotlighted in this year’s programme by Werner Herzog’s Meeting Gorbachev and Putin’s Witnesses, by Vitaly Mansky, for example….Nevertheless, I can make out another theme in the works of debuting filmmakers, and that is loneliness. New technologies are putting us in a position where we have many opportunities – but the majority are not true opportunities. Undoubtedly, there are many films in the programme that try to capture the sheer variety of beautiful moments and situations, and the authentic joy of life."

Because the process took place over so many years, at some point it becomes a living organism in its own right. It’s forming its own rules, apart from you, and you listen to those. It was a lot about paying attention to its needs and not forcing anything onto it that was untruthful to what it was.

From The Archive: Immigrant Song: 'The New Americans' Weaves Together Five Stories of US Newcomers

"When you hear people tell their stories, they often tell you the preconceptions they had before they came," Steve James says. "It seemed like it would be far more revealing and dramatic to see the formation of how they come to think about America."

Record Number of Documentary's Eligible for this year's Academy Awards

Minding the Gap and Represent are awarded Kartemquin Film Grants

Kanopy Will Begin Screening HBO Documentaries in the US and Canada

HBO Is No Longer Available for Dish Network Customers