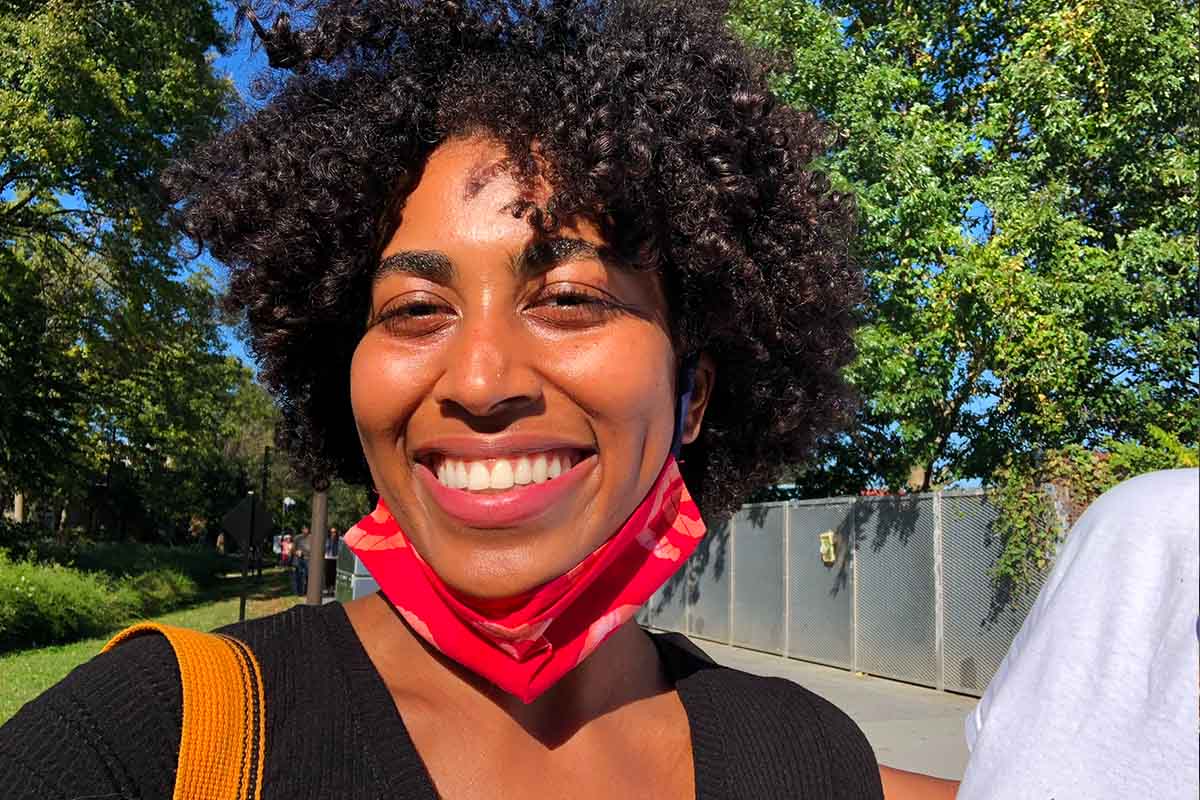 Cydney Tucker is a journalist and documentary director/producer currently based in New Orleans, Louisiana. She has written, produced and directed films for a variety of legacy and digital media organizations including CBS News, NBC News, Al Jazeera International (AJ+), and RYOT. Her latest projects include two films for The New York Times Presents’ Hulu/FX documentary series, and a short film, Rebyrth. Her work has been featured in several festivals including SXSW, New Orleans Film Festival, Indie Memphis Film Festival and Idlewild Film Festival. She was recently awarded a grant from the Kendeda Fund via the Sundance Institute, in addition to IDA’s inaugural IDA+XRM Media Incubator, to support her latest project, House of Tulip.

IDA: Tell us about yourself: What is your profession (or passion), and what are some of the notable projects you’ve worked on?

CYDNEY TUCKER: I grew up in Jersey City, and spent a lot of my childhood in New York and Atlanta. I really think my time in New York is what attracted me to the art of storytelling. I was always extremely inquisitive as a child, asking the three W’s. I also treasured my daily subway rides, which gave me windows into the lives of people from various countries and communities. Early on I became a firm believer of the idiom, “Everyone has a story.” I’ve always wanted to hone in on that and show the nuances and beauty of life through my work.

I attended Spelman College, an HBCU in Atlanta, Georgia, where I studied English Lit, followed by Columbia’s Graduate School of Journalism. From graduate school, I went straight into the alphabet soup of broadcast media organizations. I found my voice in documentaries while working on films surrounding criminal justice reform, and racial and social justice issues for Al Jazeera Media. I recently wrapped up two films for The New York Times Presents documentary series on Hulu/FX. One of them, To Live and Die In Alabama, which I produced, centers around a Black man in Alabama who was sentenced to death for the killing of three officers despite never touching the murder weapon. I try to be as intentional as possible when taking on projects. My most recent film, Rebyrth, is a film about a Black doula working to save the lives of Black mothers as they journey from their pregnancies into motherhood. I worked on it at the height of the racial unrest when all I was seeing was Black death on television and social feeds. I try to use my personal projects as a means to counter all of it with depictions of Black art, joy and life.

IDA: Did you ever have an “aha moment” during the early part of your career that affirmed you were in the right profession?

CT: I’ve definitely had several aha moments early in, and throughout my career. I think like a lot of people, I went through a “Goldilocks” stage where I went from one media organization to the next, bouncing around projects, to figure out what I was most passionate about.

It wasn’t until I started directing some of my own projects and getting hired to direct others, that a light bulb went on. In 2019, I helmed a documentary on the history of Black people swimming in the United States and the stereotypes surrounding it. I was able to combine modern-day context to a historical and largely misconstrued topic. Being able to take this story and give an intimate portrayal of the issue, through a Black mother who lost her son to drowning, gave me a real sense of how to show how the past still impacts the present.

The aha moments I experience now, when I’m in the field, come when I’m interviewing participants and getting to know them and their communities. It’s that moment when you reach a level of mutual trust and transparency and feel like, Now I can make a film.

IDA: What drew you to want to tell the story of your current project, House of Tulip?

CT: The idea for House of Tulip came to me while I was working as a journalist and producer at Al Jazeera. A friend of mine created a beautiful film about a Black trans woman named Muhlaysia Booker, from Dallas, Texas, who was shot and killed just a month after being assaulted. Muhlaysia’s story stuck with me because it wasn’t an isolated incident, but part of a larger pattern of Black trans women being murdered. What shocked me most was that while these murders were happening in epidemic proportions, as a journalist and a lay person, I wasn’t hearing about them. There’s a slew of reasons for this, including deadnaming, misinformation, and a lack of coverage.

I decided to move to New Orleans, and focus the documentary on a nonprofit called House of Tulip, Louisiana’s first official housing refuge for trans and non-binary residents. The founders of the organization are two Black trans women who are working to build safe spaces around permanent housing and shared resources. It’s a film about hope, love and community.

IDA: What piece of advice would you give to emerging filmmakers from marginalized communities, who are new to the documentary field?

CT:  Follow your intuition, create what you want to create, and build community. While this industry has come a long way, we’ve still got plenty of work to do when it comes to representation behind the camera. If there’s something you’re driven to work on, find community and create it. I’m so grateful for groups like Brown Girls Doc Mafia, because it gives BIPOC women and non-binary filmmakers spaces to get feedback, build community and grow. These are extremely talented filmmakers, whose members have all heard the word “no” multiple times throughout their career. As filmmakers of color, we often face a slew of microaggressions and growth stagnation due to structural racism and sexism in this industry. It’s important to have outlets and people in your corner that validate your experience and what you bring to the table. It’s even more important for us to create our own tables and populate them with people who believe in us and practice diverse and ethical storytelling.

IDA: If you had a limitless budget, what is the one topic you’d want to develop a documentary on?

CT: Mental health care. Today in the US one in five adults live with mental illness, and the loss of psychiatric hospitals has significantly contributed to our country’s current mental health crises. We’ve moved away from inpatient care, and left many Americans alone as they battle with mental health. This is only exacerbated by issues like poverty, lack of access to healthcare, and stigma—all amidst our growing opioid crisis and the pandemic. I’d love to travel across the country to see how this is being addressed/ignored in various communities.