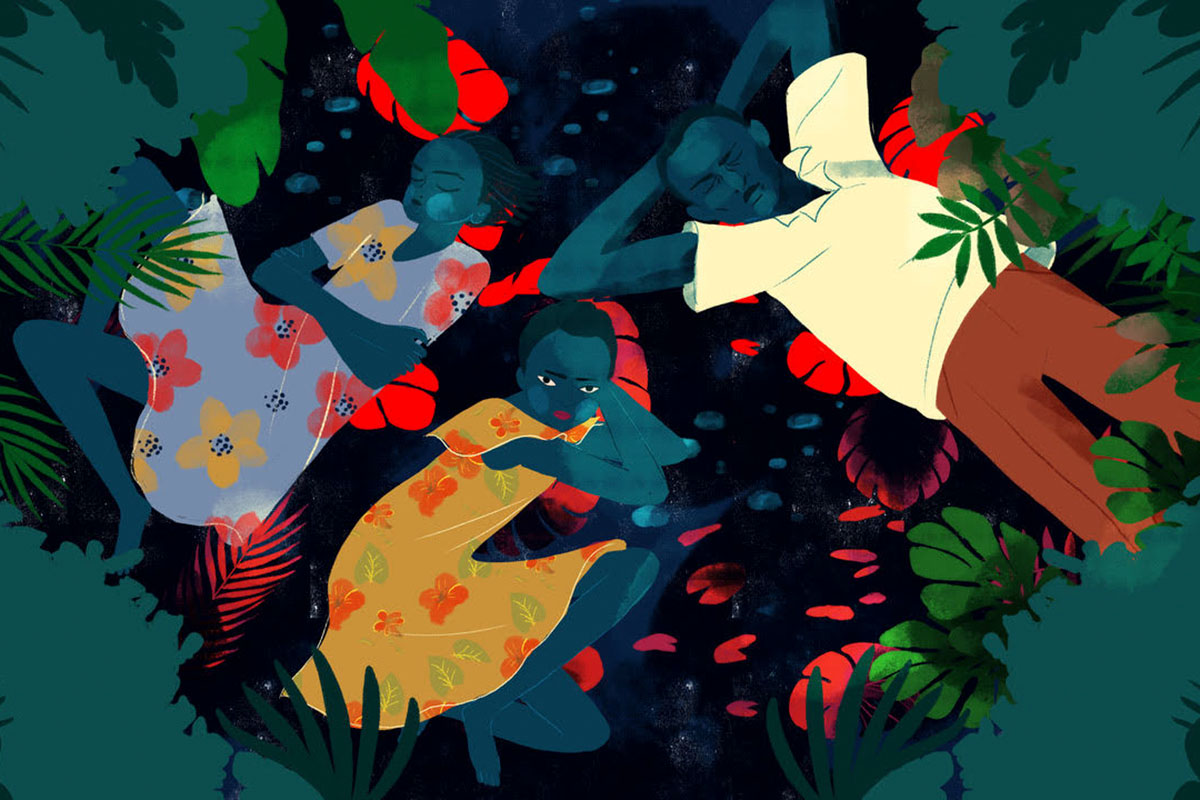 It is an exciting year at SXSW, and not just because they return in person. There are so many IDA-supported documentaries at this year's festival, ranging from transformative stories of mothers supporting their LGBTQ children to a family's journey fleeing violence in the Congo. From IDA grantees to DocuClub participants, this Docs to Watch contains nine IDA-supported films that are sure to be highlights of this year's festival.

A Woman on the Outside (Zara Katz and Lisa Riordan Seville)

Part observational documentary, part family album, A Woman on the Outside centers on Kristal, a woman who dedicated her life to keeping families separated by the US prison system together, who is now faced with keeping her own family together. The film might sound familiar to some IDA members because a rough cut of the film was shown through our DocuClub NY work-in-progress screening series just last year. The film will premiere at SXSW this year.

First premiering at Sundance last January, Aftershock bears witness to two families as they become ardent activists in the US maternal health space, seeking reform through legislation, medical accountability, community, and the power of art. The IDA-supported film was a 2020 Enterprise Documentary Fund production grantee.

Boycott follows a news publisher, an attorney, and a speech therapist who become “accidental plaintiffs” in a massive US legal battle after they are asked to choose between their jobs or their political beliefs. The film, which premiered last year at DOC NYC, is also a 2020 Enterprise Documentary Fund production grantee.

More Than I Remember (Amy Bench)

More Than I Remember tells the story of Mugeni, a girl from a small village in southeastern Congo, who is forced to flee her home with her family due to violence. The animated documentary, which received critical funds as a 2019 Enterprise Documentary Fund development grantee, will premiere at SXSW this year.

When a Guatemalan mother seeking asylum was separated from her kids under Zero Tolerance Policy, a Facebook post by a mom in Queens coalesced into a movement as thousands of like-minded women across the US refused to stand by quietly. The IDA-supported documentary Split at the Root will premiere at SXSW.

The Art of Making It (Kelcey Edwards)

As an artist, who gets seen, who gets left behind, and why does it matter who is anointed to tell the stories of our time? The IDA-supported documentary The Art of Making It explores these questions through the stories of several young artists.

This documentary takes a deep look at how, and why, a mild-mannered couple in Arizona pulled off one of the greatest art heists of a generation. IDA-supported film The Thief Collector is set to premiere at this year's SXSW.

Shot over five years, Your Friend, Memphis is an intimate portrait of Memphis, a young man with cerebral palsy living without government support, who is determined to bridge the distance between the world’s expectations and his own aspirations. The IDA-supported documentary will premiere at SXSW.

END_OF_DOCUMENT_TOKEN_TO_BE_REPLACED

Doc Stars of the Month: Rudy Valdez and Cindy Shank, The Sentence

Art for Art's Sake? A Battle over a Billion-Dollar Collection