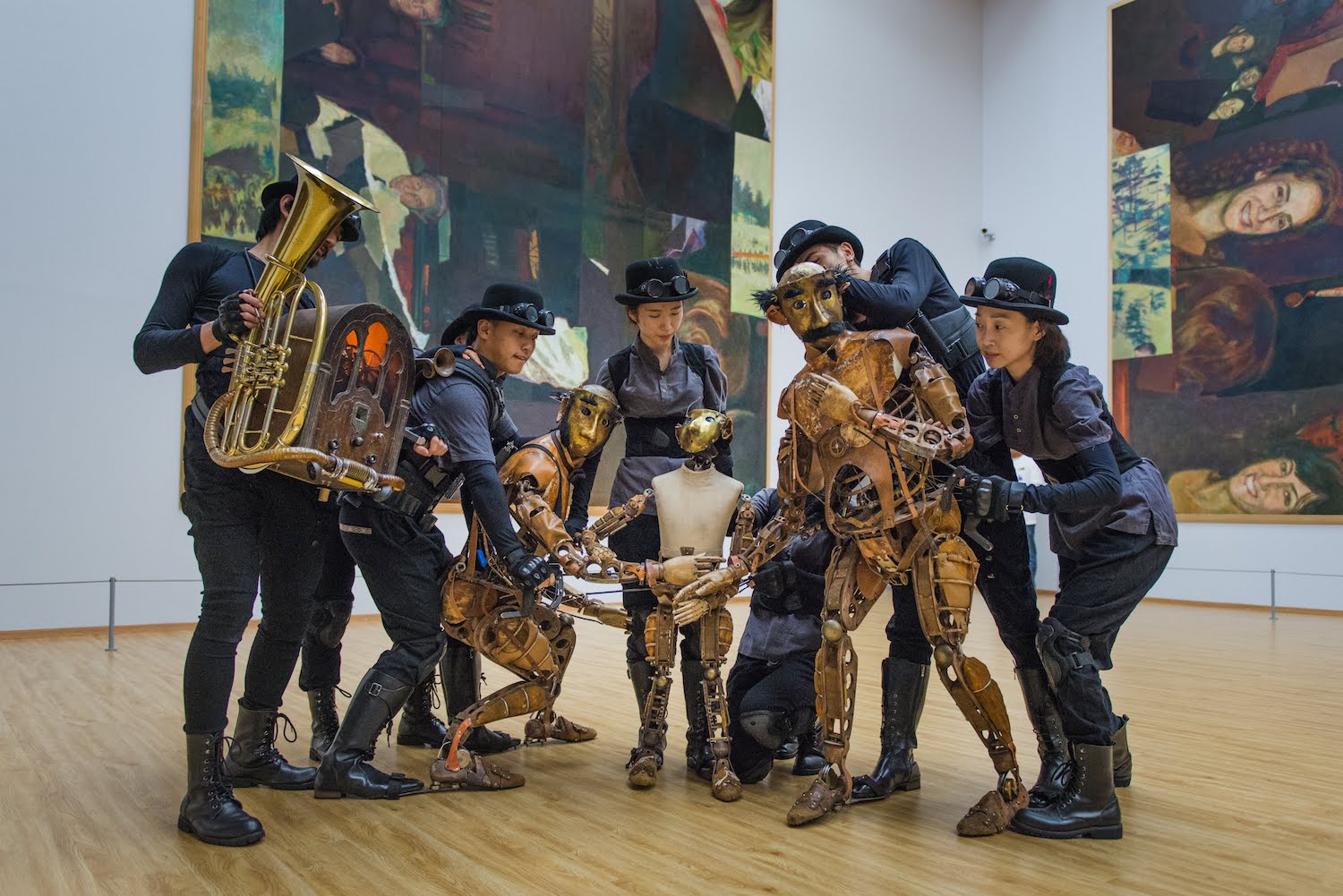 Yang Sun and S. Leo Chiang’s Our Time Machine opens September 11 in over 35 virtual cinemas nationwide through Walking Iris Media and POV. The film, winner of the Best Cinematography Award at the 2019 Tribeca Film Festival, is a personal and intimate look at Chinese artist Maleonn (Ma Liang) as he sets out to stage an ambitious performance piece about time and memory when his father, Ma Ke, the former artistic director of the Shanghai Chinese Opera Theater, is diagnosed with dementia. Maleonn hopes the work will bring them together artistically and personally but as time goes on, and his father's condition deteriorates, he is torn between the original goal to honor his father and the pressure of finding commercial success. The film also airs September 28 on POV.

Premiering September 14 on POV, Eva Muldad’s Love Child tells a political love story about Leila; her secret love, Sahand; their four-year-old son Mani; and their escape from Iran—where adultery is punishable by death. The film documents the family as they wind their way through the bureaucratic tangle of the asylum process, just as the United Nations High Commissioner for Refugees (UNHCR) is inundated with waves of applicants displaced by the civil war in Syria.

Premiering September 8 on FRONTLINE and streaming through September, Growing up Poor in America follows three Ohio children and their families as they navigate issues of poverty, homelessness and race amid the new challenges of the pandemic. Produced by Jezza Neumann and Lauren Santucci.

Premiering September 9 on Netlfix, Jeff Orlowski’s The Social Dilemma explores the disproportionate impact that a relatively small number of engineers in Silicon Valley have over the way we think, act and live our lives. The film, a blend of investigation and narrative drama, deftly tackles an underlying cause of our viral conspiracy theories, teenage mental health issues, rampant misinformation and political polarization, and makes these issues visceral, understandable and urgent.

Premiering September 14 on EPIX, Enslaved, a six-part series, sheds new light on 400 years of human trafficking from Africa to the New World. Based on a DNA test identifying his ancestral tribe, the series traces actor/activist Samuel L. Jackson’s personal journey from the US to Gabon for his induction into the Benga tribe, with rare and unprecedented access to secret ceremonies and local customs. Each episode follows three separate storylines: the quest for a sunken slave ship, a personal journey by Samuel L. Jackson and a historical investigation led by investigative journalists Simcha Jacobovici and Afua Hirsch.

Now streaming on World Channel, Pandemic in Seattle, directed by Rose Arce and executive-produced by Soledad O’Brien, transports audiences to the start of the outbreak of the coronavirus in Seattle, the first epicenter of the virus in the United States, by examining its effects on two of the hardest-hit communities—the homeless and the elderly. Following three women, the film examines how city officials and everyday citizens tried to grapple with a health crisis unlike anything seen before in modern America:

END_OF_DOCUMENT_TOKEN_TO_BE_REPLACED

Doc Star of the Month: David Carroll, 'The Great Hack'