'Stateless' Confronts Anti-Blackness in the Dominican Republic and Haiti 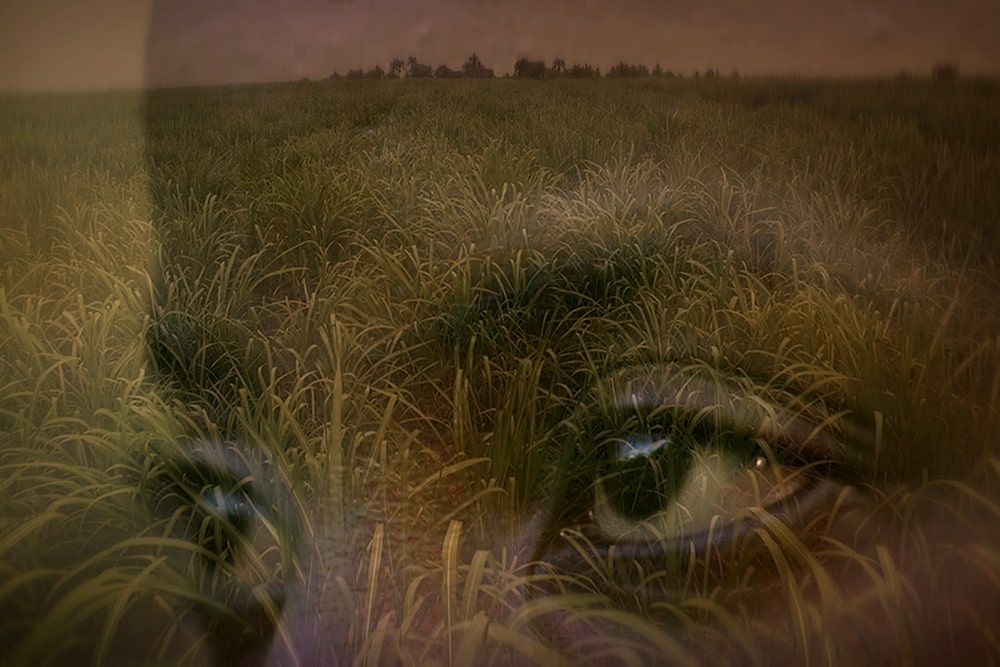 On September 13, 2013, the Constitutional Court of the Dominican Republic ruled that children born to non-citizens in the country since 1929 are not, and have never been, citizens of the Dominican Republic. Imagine waking up one morning in your birthplace, and your citizenship and connection to the only country you know as yours is revoked. You’d have no access to your passport, birth certificate or any other form of identification. In the moment, this decision caused significant regional and international uproar. Human-rights defenders exposed the ruling as state-sanctioned racist apartheid measures that were part of a long-standing practice of anti-Black hatred against the country’s darker-skinned citizens. But, as often happens with injustices against Black and Brown bodies, the news cycle changed and little to nothing has shifted since. In fact, things have gotten worse with the pandemic. The country’s newly elected president, neo-liberal candidate Luis Abinader, has now started to build a wall (sounds familiar?) between the two nations, while over 200,000 Black people continue to exist in a state of social and civil extinction, invisible to the state. Statelessness, then, becomes the ultimate act of racial capitalism and genocide, where the state no longer has to kill in order to make people disappear and can continue its exploitative practices without opposition.

The most insidious element of the 2013 ruling is its retroactive implementation, back to 1929—when the United States was still occupying Haiti (1915–1934), and had just left its occupation of the Dominican Republic and installed its puppet dictator, Rafael Trujillo. An “official” border between the two countries was established under heavy American influence. Today, birthright citizenship, a hallmark of most of the Americas’ aspirational identity, is no longer applicable to a specific racial group on this eastern section of the island.

My new documentary, Stateless, traces the complex tributaries of history and present-day politics of the island, and bears witness to how state-sanctioned racism seeps into mundane offices, living-room meetings and street protests. Anyone defending Haitians and their descendants faces threats of violence. In this dangerous climate, I had the great fortune of meeting human-rights defender Rosa Iris Diendomi-Álvarez, a young attorney who in the film decides to run for congressional office and mount a grassroots campaign, challenging electoral corruption and advocating for an end to anti-Black racism. As Rosa Iris balances her campaign run with her dedication to her family and community work, we come to terms with the full scope of the systemic and personal obstacles she faces. She pays a high price for speaking truth to power and eventually requests asylum in the United States.

I met Rosa Iris on a hot Caribbean day in the southeastern region of the Dominican Republic, San Pedro de Marco Iris, historically the center of the Dominican Republic’s sugar cane industry. The city is an eclectic mix of people from different parts of the Dominican Republic, Haiti and the English-speaking Caribbean, who work on the production and export of sugar. We were in the tiny law office of one of her colleagues, who has been tirelessly working to assist Haitian migrants and Dominicans of Haitian descent in getting t their ID papers. The office was stuffed with multiple tall stacks of folders and papers and people waiting in a cramped waiting room to be heard.

I had traveled from Brooklyn, ready to meet Rosa Iris and some of the Dominican workers who work for a sugar cane plantation owned by a family that almost single-handedly controls the country’s economy. But upon my arrival, Rosa Iris’ colleague suddenly became dead-set against filming their process. She was senior to Rosa Iris and had spent years negotiating and working with the specific landowner family, convincing them to support the legal processes their workers needed to undergo in order to be fully recognized as residents. Rosa’s colleague was afraid all their efforts could be put in jeopardy if cameras documented the work. How was I going to move forward and save this trip? Rosa Iris apologized profusely and the next day took me to a different batey (sugar cane community), where she had deep connections with the people living there. I have to admit, I was angry and frustrated at first. Could I trust Rosa Iris? Was she willing to collaborate? Of course, the film took a different unpredictable course after that day. We got up at daybreak, rode on the moto-conchos (motorcycle taxis) through miles and miles of sugar cane fields, and arrived at the Alejandro Bas sugar cane community. I haven’t looked back since.

Rosa Iris opened her world without hesitation. The deep love and connection to the people we see in the film—not without underlying tension and diverging interests—are part of a bond she has shaped and built through the common, lived experiences and dedication she has to the communities we see in the film. After that initial rocky start, Rosa Iris and those working with her in the DR have become partners on the journey we are taking with this film and the dialogue we hope to deepen on anti-Black racism within Latinx communities. Rosa Iris’ story and the work being done on the ground dovetails seamlessly with the work my partner and I have been doing for years at Rada Studio—centering stories by, about and for us in how we build our narratives and in how we roll out our work to larger communities and continue engaging in dialogue with audiences long after the current headlines move away from In the Heights and its erasure of the Black experience.

The plight of Dominicans of Haitian descent also feels deeply personal to me, as someone from the Caribbean diaspora, as a light-skinned Black Latinx immigrant whose family suffered first- hand discrimination in our newly adopted country, when we immigrated in the late ‘60s to escape a violent dictatorship in Haiti. As the cradle of Africa in the western hemisphere, Haiti is a reminder of the heavy price those fighting for the humanity of Black people must face. Latinx communities don’t discuss, enough or often, just how deep our anti-Blackness goes—in our families, in our communities and in the state apparatus.

I was born in Port au Prince, Haiti, to a light-skinned Panamanian mother from a very humble peasant background. My darker-skinned father was from a more educated middle-class family in Haiti. Both families navigated their personal lives through situations where the color of their skin often determined the type of opportunities and relationships they had access to. In spite of my mother’s seventh-grade education, when she arrived in Haiti as a teenager, her access to certain privileged circles was made easier because of how she looked. My grandmother—who had birthed my mother at the age of 14 in rural Panamá, and herself had only a sixth-grade education—was able to navigate a patriarchal racial caste system throughout the Caribbean using her sexuality and skin color to not only get by, but ultimately move up the racial caste system as a sex worker in Port au Prince’s red-light district.

My father’s family often discussed the nature of the racial caste system that survived in Haiti beyond the 1804 revolution. My darker-skinned paternal grandmother, while embracing the proud Black history of Haiti and her activism resisting the US occupation, nevertheless internalized aspects of colorism present in Haitian society of her generation. She was a bit of a paradox—able to give multiple names to different phenotypes of people depending on their skin color, hair texture and physical features, while aspiring to have “good” hair. At the same time, she told me amazing stories about our family ancestors writing books on our Black roots as Haitians, and handed down a deep sense of pride in what Haiti stood and fought for as a Black nation.

With these paradoxes coexisting in the personal and systemic, I grew up hearing stories about our family and community’s love-hate relationship to the DR that clearly mirrored these tensions. On a personal level, our family extended to the Dominican Republic by marriage and residence, experiencing the anti-Haitian hatred our community faced in the country. With Stateless, it felt organic to go back to the island to explore these attitudes and their very deep consequences—a personal pilgrimage, of sorts, that I am still excavating in my work as an artist. The events of 2013 drew me into the vortex, calling on my ancestors who fought for Haiti’s independence and harkening back to the deep internalized oppression that pigmentocracies instill in our personal lives. I felt compelled to take the journey, continue working through my light-skinned privileges while collaborating with a force of nature that is Rosa Iris.

As people on either side of the Haitian-Dominican border struggle to navigate a rising tide of nationalist anti-Black hatred and vigilantism, a humanitarian crisis continues to unfold, echoing similar immigration catastrophes around the globe. At the foundation of all these tensions is racial capitalism and white supremacy—how it is internalized by our communities and how those with power use it as a weapon of control and exploitation. The 1937 genocidal extermination of Haitians and darker-skinned Dominicans, referred to as the Parsley Massacre, represents the ultimate manifestation of this hatred. To this day, the mass graves remain unmarked and official state acknowledgments (from both sides of the island) on the extent of the extermination remain vague at best.

In Stateless, through the magical realist story of Moraime, we also attempt to pay homage to those who perished in the massacre. The fable-like story of her attempt to escape the carnage she witnesses is interwoven with the fight Rosa Iris continues to wage against a contemporary form of state-sanctioned erasure of her people. Moraime’s story is another way of bearing witness and claiming a collective memory of a historic event that has not yet officially been recorded, but that we cannot allow to be forgotten or erased.

The film was five years in the making, and the situation has seen little change since we began filming. I pushed myself to spend time with ultranationalists who expressed a deep hatred for Haitians and anything remotely connected to Blackness or Africa. Their desire to be seen as different from Haiti as possible—defining themselves as the antithesis to Haitian people and customs—felt irrational, toxic but also deeply immutable. The work for me was more about witnessing the level of hatred Rosa Iris, one of thousands of Black women advocating for Black Dominicans’ humanity, was up against.

Making the film also held a mirror to the deep-seeded hatred our communities face within our own American borders. I completed the film convinced that the most important work I could do was not just interrogate and challenge myself but continue building bridges of solidarity and connection across our common experiences. I understand that uprisings and resistance practiced anywhere can have a ripple effect everywhere—that the struggle against white supremacy and racial capitalism is global and our narratives build an archive for the future, unearth our stories of the past and build our communities in the now. There is much work to be done in our Latinx communities. Let’s roll up our sleeves, get the creative juices flowing and get to work.

Stateless premiered July 19 on POV and is currently streaming on www.amdoc.org.

Michèle Stephenson is a co-founder of the Rada Studio, filmmaker, artist, and author. She draws from her Panamanian and Haitian roots and international experience as a human-rights attorney to tell provocative stories in a variety of media that speak to personal and systemic liberation.

END_OF_DOCUMENT_TOKEN_TO_BE_REPLACED

Gangtown: Stacy Peralta Takes on the Bloods and Crips

Beyond Belief: Bill Maher Searches for God in 'Religulous'

All About My Father: Rebecca Miller's Intimate Portrait of a Great American Artist