'Tokyo Olympiad' Captures the Spirit of the Games 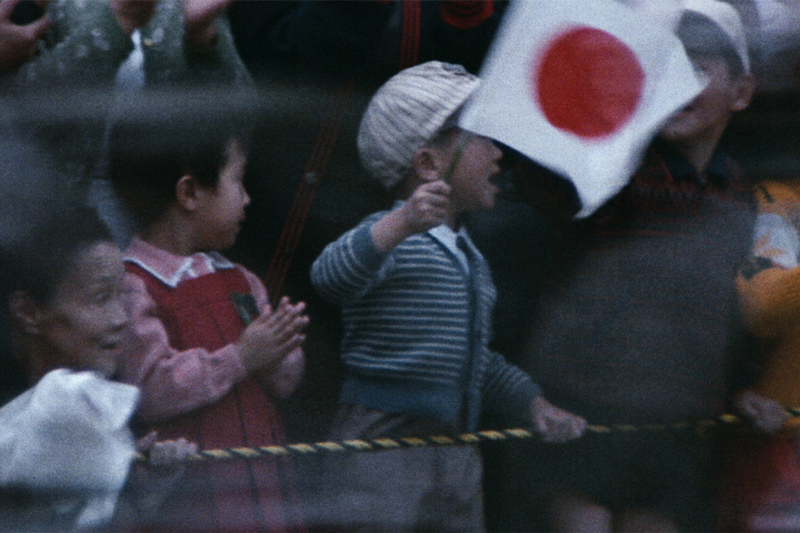 Japanese director Kon Ichikawa’s Tokyo Olympiad stands as a seminal achievement in documentary films about sports, right up there with Leni Riefenstahl’s Olympia. However, when the Japanese Olympic Committee first viewed the 168-minute film that they had commissioned Ichikawa to make, they were not pleased. They insisted that he reshoot it to produce a more conventional film. Ichikawa’s wry humor was evident as he pointed out, “Circumstances prevented it, as the entire cast had left Japan.” Ultimately, a 93-minute version more to their liking was released. A similar version with insipid narration was edited for US consumption.

The Olympic Games have always been, and still are, a complex display of unabashed nationalism delicately balanced with more lofty goals of world peace and individual achievement. In 1964, less than 20 years after the devastation of World War II and the bombing of Hiroshima and Nagasaki, the Japanese film commissioners anticipated that Ichikawa would deliver an unapologetic paean to the new Japan, a literal Phoenix rising from the ruins of war. They hoped to see their filmic vision reflected in a nationalistic hymn of unrelenting praise. Instead, they got a deeply humanistic account of the pain, anxiety, struggle and intermittent joy in tests of physical endurance that transcended nationalism. Japanese athletes were shown in both victory and defeat, but they were by no means the featured characters in the film. If the Olympic committee film commissioners had realized in selecting Ichikawa that they had hired a self-confident artist with a strong independent streak, they would not have been so surprised when he delivered the original finished film.

By 1964, the year of the Tokyo Games, Ichikawa was already considered one of the world’s finest directors, on a par with the great Akira Kurosawa, who had been the first choice to film the Olympic Games but withdrew when he was not given the budget he wanted or the rights he demanded to actually stage the opening ceremonies. Often pragmatic yet unafraid to take risks, Ichikawa agreed to the challenges of filming the world’s greatest sporting event, approaching his subject with the eyes of a visionary. His stylistic range was broad, having directed commercially profitable thrillers, black comedies and audience-pleasing animated cartoons. In 1963, the year prior to shooting the Olympics, he made An Actor’s Revenge, a film featuring a Kabuki female impersonator who avenges the death of his parents. It was strange and experimental, even in the context of his prior work.

Ichikawa was skilled in handling the 2.35 aspect ratio, and this would be the first Olympic documentary shot in that format. His ultimate embrace of the visual potential of CinemaScope was all-consuming; he called it “a sprawling monstrosity. I found myself filled with wonder again, like a child. This is why I love CinemaScope so unequivocally. It is, I think, a physiological response.” When Ichikawa employs his full range of visual effects, combined with an elaborate musical score that moves from sweeping classical compositions to agitated jazz-inspired riffs, he evokes a similar physiological response in us, the viewers. The opening shot of Tokyo Olympiad is mesmerizing. Underscored by ethereal voices, a scorching, shimmering red sun, the iconic symbol of Japan land of the rising sun, fills the frame. We are transfixed when suddenly a wrecking ball crashes into our field of vision and we become surrounded by crumbling grey concrete and tangled rebar as the last remnants of a city ravaged by war is being torn asunder. A voiceover runs through a brief history of prior Olympic games and the cities where they were held, leading up to this moment.

Ichikawa never panders to a simplistic, purely aspirational view of the Games. He constantly juxtaposes images, toggling between two poles—victory and defeat, joy and sorrow, youth and age, the mundane and the sublime. His sardonic humor finds its way in odd moments such as brief shots of women and children waiting in line to use the bathrooms just after we’ve seen athletes from 93 countries parade into Olympic stadium for the opening ceremonies. This grand pageant was also a fashion show of the times, with not-so-subtle political overtones. Most female athletes from the industrialized nations were wearing pillbox hats and colorful suits with pencil-slim skirts, while the men from the US team donned white cowboy hats. I almost expected to see guns holstered to their hips. The Americans had a swagger about their stride and a distinct lack of regimentation as they smilingly entered the stadium, exuding hubris like the conquerors they were. This was in sharp contrast to the gravitas imparted by the body language of athletes from other nations.

The magnitude of filming these Olympic Games was breathtaking. The effort involved hundreds of technicians, over 100 cameras and camera-operators who utilized 250 different types of lenses including imported telephoto lenses mounted on custom-built equipment. It could have been utter chaos, but Ichikawa knew what he wanted. In A Singular Vision: The Story of Kon Ichikawa’s Tokyo Olympics—the documentary made by Criterion that accompanies the film in this digital restoration—Chizuko Osada, his long-time editor; Masuo Yamaguchi, his cameraman who shot Abebe Bikila’s famous marathon win; and Tatsumi Ichikawa, Kon’s son, describe the master’s work ethic and how he brought his fiction-making skills to the project. Tatsumi shows us the detailed storyboards his father drew for every sport. The director told his myriad cinematographers to “go capture their skin.” He wanted to see the sweat and tears, the tension in the athletes faces that captures emotion as well as their exquisite physical form. Osada says, “His goal was to define the meaning of the Olympics.” By any account, Tokyo Olympiad combines a richly rewarding aesthetic experience with a gripping human drama and all the subtleties and humor of a Shakespearean play.

Anyone who has ever been involved in a significant film restoration project knows the seemingly insurmountable challenges in locating the best possible primary source material closest to the original, as well as navigating the complex path of copyright and ownership. All that comes before technicians can begin to evaluate the actual condition of the film elements. Original soundtracks have their own special, often difficult technical challenges. Advances in digital technology have greatly helped in the analysis and preservation of film for future generations.

There are few companies or governmental organizations that have accomplished more for the general good of saving our worldwide filmic cultural heritage from extinction than The Criterion Collection. Back in 2018 I reviewed Criterion’s monumental restoration achievement, 100 Years of Olympic Films: 1912-2012, a boxed collection done in collaboration with the International Olympic Committee and with the support of innumerable collaborators—technical, political and financial. Film archivist Adrian Wood was a driving force behind that project and he also appears here, giving a brief, on-camera overview of the process behind the restoration of Tokyo Olympiad. Criterion has provided the option of viewing the final film either with or without a simultaneous narration by erudite film scholar Peter Cowie. In addition, Cowie discusses the augmented scenes that did not make it into the final film. They are divided by sport into categories: Track & Field, Aquatics, Team Ball Sports, Wrestling & Weight-lifting. These “extras” are equal in visual quality, editing, sound and narration to the finished film. Although the voiceover narration is in Japanese with English subtitles, the film communicates so powerfully, directly to the senses on a purely visual and auditory level, that the subtitles are not an impediment to the full enjoyment of the film.

Tokyo Olympiad won two BAFTA Film Awards and was one of the few documentaries included in the book 1001 Movies You Must See Before You Die, edited by Steven Jay Schneider.

Kon Ichikawa died in 2008 at the age of 92. The release of this digital video restoration by Criterion ensures that his work will continue to impact documentarians for years to come.

END_OF_DOCUMENT_TOKEN_TO_BE_REPLACED

The West Coast Years of a French New Wave Filmmaker