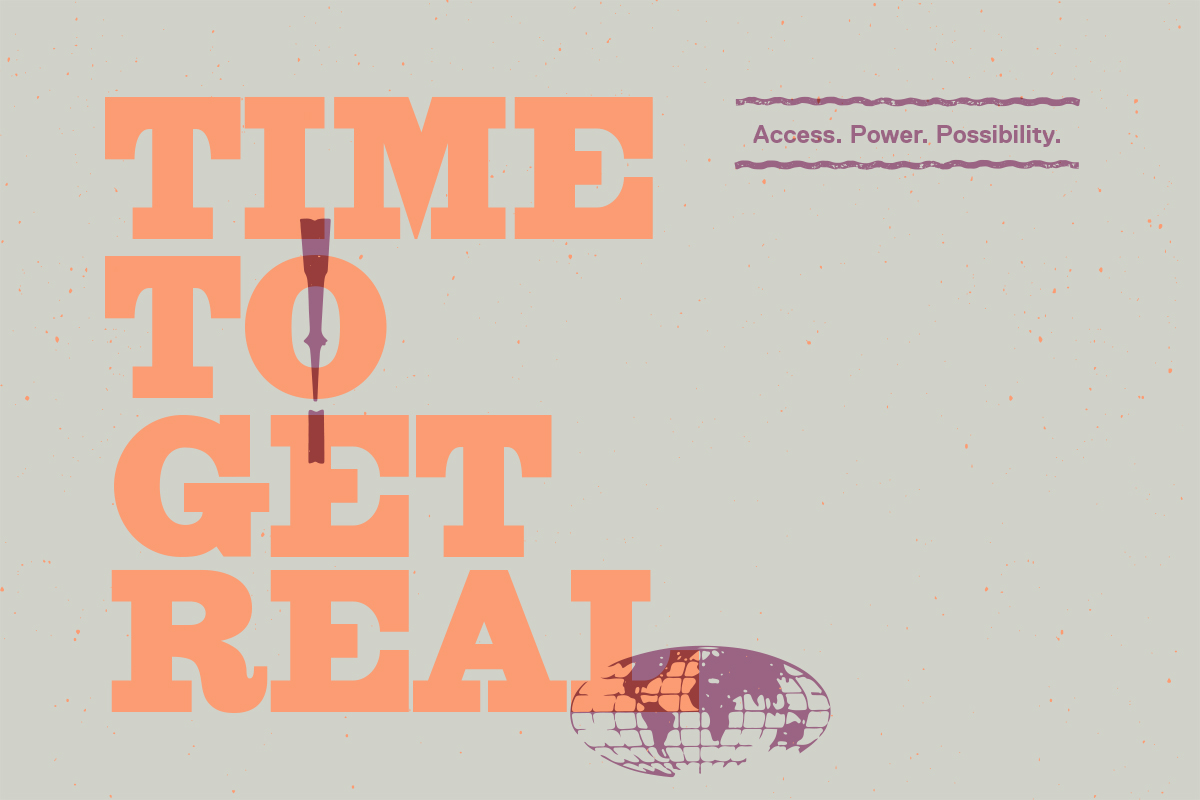 “I got to LA on February 26,” Bowman recalls. “We had a meeting with LA filmmakers the next day. During the course of my two-week stay, we went from being 100% certain it would be in person to starting to consider the possibility that COVID might make it impossible to do in person.”

Such circumstances required a quick strategic shift, demanding unprecedented logistical and programmatic agility. “The world changed so quickly, obviously, for so many people,” Bowman continues. “We actually just said, OK, we need to completely shift our energies into being in touch with the field right now as an organization and seeing what they need. It was a very key period of listening to the field and understanding what was on their mind and what was urgent.”

And so, Bowman, through the months of the ongoing pandemic, began to assemble her team. She herself is a Chicago-based documentary film producer and director who has worked extensively with Kartemquin Films, where she recently served as an Artistic Fellow. She was also a Fellow at UC Berkeley’s Investigative Reporting Program. And the team she assembled, which came into fruition in July, is comprised of the following:

Ruiz Tofano describes the online intent: “We are packing the available virtual space with critical conversations for our community and really centering this opportunity to reflect on and respond to the issues within our industry in the context of the larger public movements around racism and systemic oppression.”

The team’s deep listening became a bridge to insight and inspiration. Owens unpacked the collaborative approach. “The conversations have been so great,” she says. “We’ll talk to someone and then they’ll bring up something, then we’re like, Whoa, that’s interesting. Then we’ll talk to someone else. It’s a lot of going back and forth. It’s a lot of collaboration. It’s not like, ‘This is what we’re planning to do; do you want to be a part of it?’ It’s like, ‘Hey, we’re thinking about this; what do you think?’”

The event is a five-day virtual conference, which offers some meaningful changes benefiting the doc community. From September 29 to October 3, Getting Real will offer new features and a responsive approach.

“With the conference being virtual, we will be able to offer various forms of accessibility such as CART captioning and ASL interpretation for sessions,” Ruiz Tofano explains. “We also anticipate that more folks from different parts of the US and the globe will be able to attend, in comparison to previous years. The conference will also be free, which I find very exciting because this will allow younger folks to attend and folks who don't have the option to pay for travel, accommodations and conference fees.”

“We have three days of sessions, panels, keynotes; then we have two days of breakouts,” Owens notes. “We’re opening it up to what they [the filmmakers] want to do, talking with different organizations and filmmakers in different parts of the world and seeing if there’s some sort of regional-centric kind of conversation that some of these groups would like to do within this virtual space that we’re offering. Then we have also filmmaker networks who are self-organized and have been doing their own work. We’re offering them the space to gather for themselves or open it up. Some groups are going to be self-contained and they want to just do something just themselves, whereas others might want to open it up to a bigger conversation.”

Owens explains how that space is shaping up, with pre-conference “Overture” events. “Those are keynote or two-person conversations happening that will allude to the themes that we’re exploring in the five-day virtual conference. We’re calling that Getting Real Now.” As Documentary went to press, the programming team had presented two Getting Real NOW sessions. The first, on August 27, featured tech entrepreneur Gary Chou and distributor Karin Chien on “Rewiring Distribution Networks.”  The second, held September 10, teamed filmmaker Ramona S. Diaz with her protagonist from her film A Thousand Cuts, journalist Maria Ressa. Marina Walker Guevara, executive editor at the Pulitzer Center, moderated the conversation, entitled “Documenting Press Freedom & Impact.” Rounding out the series of Getting Real NOW conversations, on September 16, will be “At the Intersection of Storytelling and Community,” featuring filmmaker/Scribe Video Center Founder Louis Massiah and filmmaker Yvonne Michelle Shirley.

Getting Real '20 is also about fortifying and expanding community activation.

“We are creating a virtual space for various filmmaking groups, networks, collectives and regions to gather,” affirms Ruiz Tofano. “And we are working with an amazing team to figure out creative ways to still have events to build community, have some fun, and make new friends and potential collaborators.”

Conference programmers are exploring virtual socializing software that allows attendees to e-chat with other conference attendee avatars, moving through the virtual space and interacting with each other. Some sessions will be similar to a Zoom webinar, as well as keynotes, panels and breakout sessions of smaller groups. “We are planning to use various virtual tools to help folks connect with each other during the conference and beyond, so that the conversations and community-building can continue beyond the five days. We are also working closely with many filmmaker groups and collectives to build out virtual gathering spaces that will bring new folks in and foster their community-building.”

The themes covered at the conference emerged from listening to the IDA community, with three guiding curatorial concepts: Access, Power and Possibility. “Knowing what the pandemic and the uprising around racial injustice in this country have laid bare are the inequities that have long existed for our society as a whole, but also for our filmmaking community,” Bowman maintains. “Our independent community is made up of makers who are constantly living in the margins and struggling to survive and make their work and get their work distributed and shown. The fragility, the position that so many people are in, and the communities that are most disproportionately impacted by these twin crises of the coronavirus and centuries of racism in this country—these are also communities that have experienced the greatest lack of stability in the documentary field.”

Bowman continues, “[We are] looking at questions of, Who has access to telling a story? Who has access to an audience via distribution channels to share that story? Who has access to a story and to a community to be able to get close enough to tell it? Power really for us, after years of talking about sustainability as a theme, and economic sustainability as something that independent filmmakers struggle with so deeply, I think that we started to talk about the way to address that was to start naming the different power dynamics and differentials that exist in our society, and then the ways in which they manifest themselves in our field. We want to ask the hard questions and do the hard critical analysis about inequities in our field, but we also want to create a space that feels like we have agency to determine the future that we want. We have to really think about what we want that to be.”

The team understands that rigorous times call for restoration. “We also are trying to create space for some community interactive moments, fun moments, joyous moments, moments of joy,” explains Owens.

“We really are looking for opportunities for this programming to hold space for joy and inspiration this year,” Bowman adds. “This is a year in which I think we all need that aspect of community more than ever. Even though it’s going to be virtual, I’m really looking forward to sharing space with others in the community to support each other, inspire each other and challenge one another for the work that we have ahead. Not only for how to make our work more equitable and to contribute towards the kind of world we want to see, but also just how to embrace the power that we have, the narrative power to better engage with humanity.”

Getting Real invites the documentary community to face the now, but it’s also about shaping what’s next. “When I attended Getting Real '18, it was the first time for me where I was attending an industry event and actually felt like I was meeting people who I wanted to build community with,” Ruiz Tofano shares. “And folks on panels were speaking their truths and not censoring themselves in bringing a critical lens to the systemic issues around privilege, class, race, etc. within our industry. So it feels very meaningful for me to be a part of the programming team for Getting Real '20, and I personally want to ensure that we are able to continue to foster this type of community-building and center voices who bring these critical lenses and can envision new futures.”

Owens echoes this feeling. “To be able to talk with other people who are also interested in de-centering the status quo has been really empowering. I’m excited for even more people to join the conversation.”

Suz Curtis is a Los Angeles-based screenwriter of narrative and documentary films. Her work includes writing the short Radical Brownies for Ladylike Films, which premiered on The Guardian UK, and the feature documentary Where She Lies, to be released by Gravitas Ventures in November 2020, as well as serving as associate producer on We Are the Radical Monarchs, which premiered on PBS’ POV in 2020. She was the researcher for Equal, a four-part doc series set to premiere in October on HBO Max. She earned an MFA in Screenwriting from UCLA.

END_OF_DOCUMENT_TOKEN_TO_BE_REPLACED

Slouching towards Parity? Panelists Discuss Filmmaking in the #MeToo Era